So, half the Gen Con battle is just getting there, right? So let’s talk a bit about the actual process and what I got up to before the con actually started.

Most of my pre-Indianapolis experience was, as usual, being grateful that Gen Con provides media badges so that I don’t have to stress about that part of the experience. It would be kind of nice if they gave us some sort of priority or help when it came to housing, though, since typically press are walking around with a lot of review copies and scheduling meetings. It’s a bit easier if we’re closer to the con’s center than, say, a 15 minute walk away through the heavy Indianapolis heat, but what can you do; everyone wants to stay downtown.

Brought way too many games.

I think my primary takeaway from Gen Con this year is that I’m going to stop bringing games in my Quiver for pre-Gen Con. We didn’t play enough to justify the extra luggage space, and while I love them, I think my rule is going to be it either fits in my backpack or it doesn’t come. This is why I keep hoping Quiver will make a half-length Quiver; the current one is just too long to fit into a backpack. Also, it was a really good idea to bring my own breakfast; even though the hotel supplied it, most of the time it was picked clean by the time I got down there (and I woke up early)! 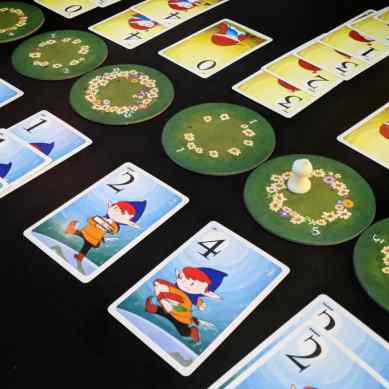 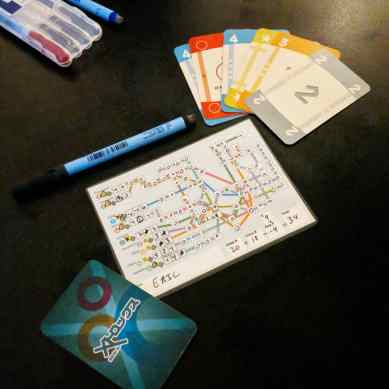 Alright, so I’m on the ground in Indianapolis now. I adhere to a pretty strict rule when I travel, which is if I’m bumping more than two time zones, I generally come the day before I want to be there so I can adjust to the jetlag and time change and get a good night’s sleep before the party starts. That goes for work, personal, and whatever kind of blurred boundary travel this is. Not much to report on Tuesday. I kinda just went out, got dinner with some friends, had my view of the Bachelorette finale blocked temporarily by one of the most prominent names in board game media; you know, the standard Tuesday fare. Gaming highlight of the evening was Cake Duel, which my friend had never played before; I love teaching that game to people. We also played 7th Night and MetroX, to great success. It was a really great evening for games. 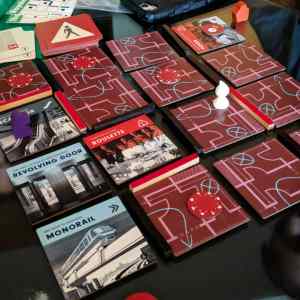 Wednesday was where business already had started a bit. Before that, I showed Hiktorune to some friends; it’s still one of my favorite dexterity games; review coming soon. I got to (excitingly) meet with Fowers Games to try out a few of their prototypes. 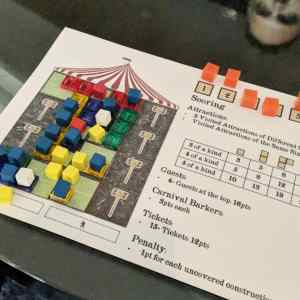 One, Burgle Bros. 2: The Casino Capers, I’ve already written up a review for, but The Grand Carnival was an interesting polyomino game in the vein of Tiny Towns, Roam, and Tag City that I really enjoyed. I like how many people are adding their own spin on those neat little spatial-reasoning games; I think it’s a good look and a relatively unplumbed depth. The final one was wild, though. Intrepid is a cooperative dice-placement game of space station protection. Each player gets to play their own country, and each country plays wildly differently. I was playing Japan, which focuses on the actual physical geometry of the dice (as in, flip this die left to do X; flip it to the right to do Y).

That was a sufficiently weird experience, but the game was super fun; I was so fascinated by what I had to do with my own group that I hardly noticed what my coplayer was getting into. We did a pretty good job and we won! I think that one is going to be awesome once it gets out into the world and I’m really excited about trying it. After that, hit up a Gen Con Press Mixer for a bit, ate some more food, and played a few more games, like Mini Garden and Board Game Cafe Frenzy, which I had brought with me. Reviews of those coming soon.

How did y’all prep for Gen Con? Let me know in the comments if you have any tips or tricks.