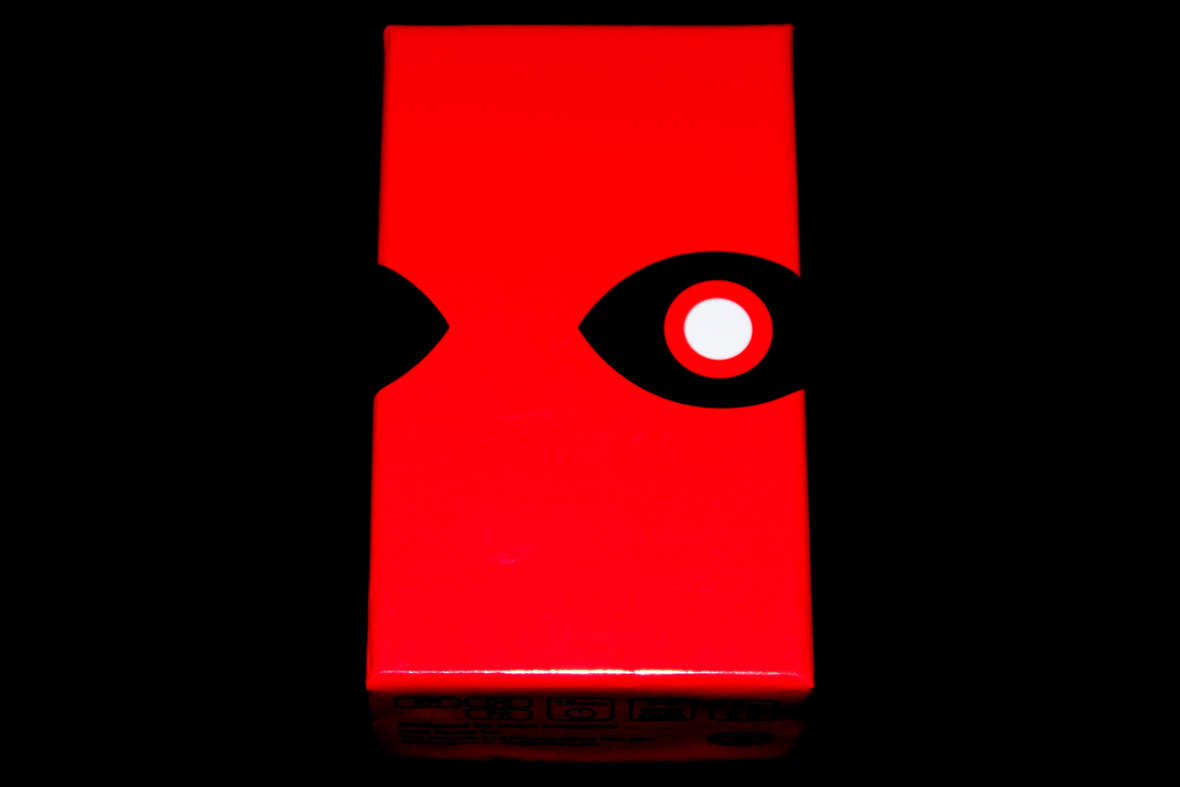 So I hardly ever review party games, having considered myself mostly done reviewing them after doing Mysterium, Anomia, Dixit, One Night Ultimate Werewolf, and others. That said, there are occasionally party games that catch my eye. One such party game is Insider, a newish game from Oink Games about words and such.

In Insider, one player is the Master, who knows the secret word. The other players don’t know the word and are trying to guess it. However, unbeknownst to the players, an Insider might be controlling the conversation, guiding the group towards guessing the word. Can you shake off their control? Or are you playing right into their hands?

This game is super easy to set up. First, take role cards for each player: 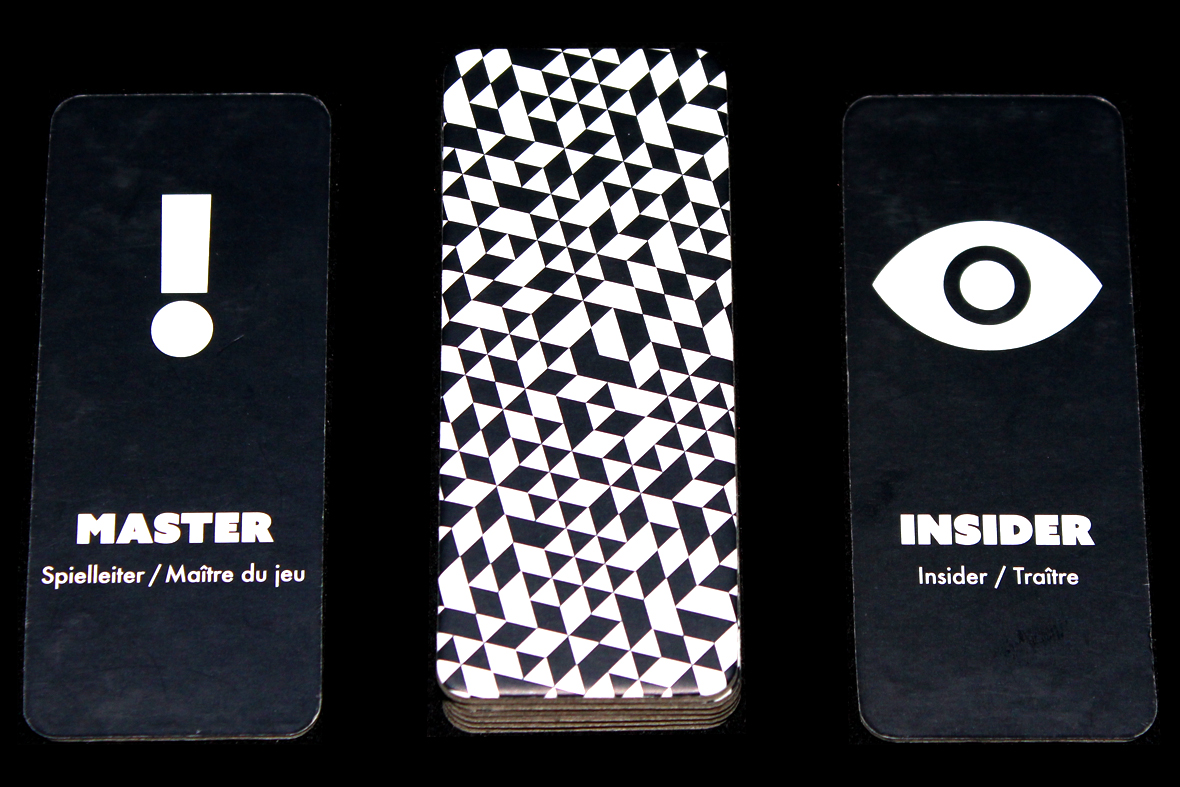 You should make sure that you include the MASTER and the INSIDER in the roles. Shuffle them up and give each player one, face-down. 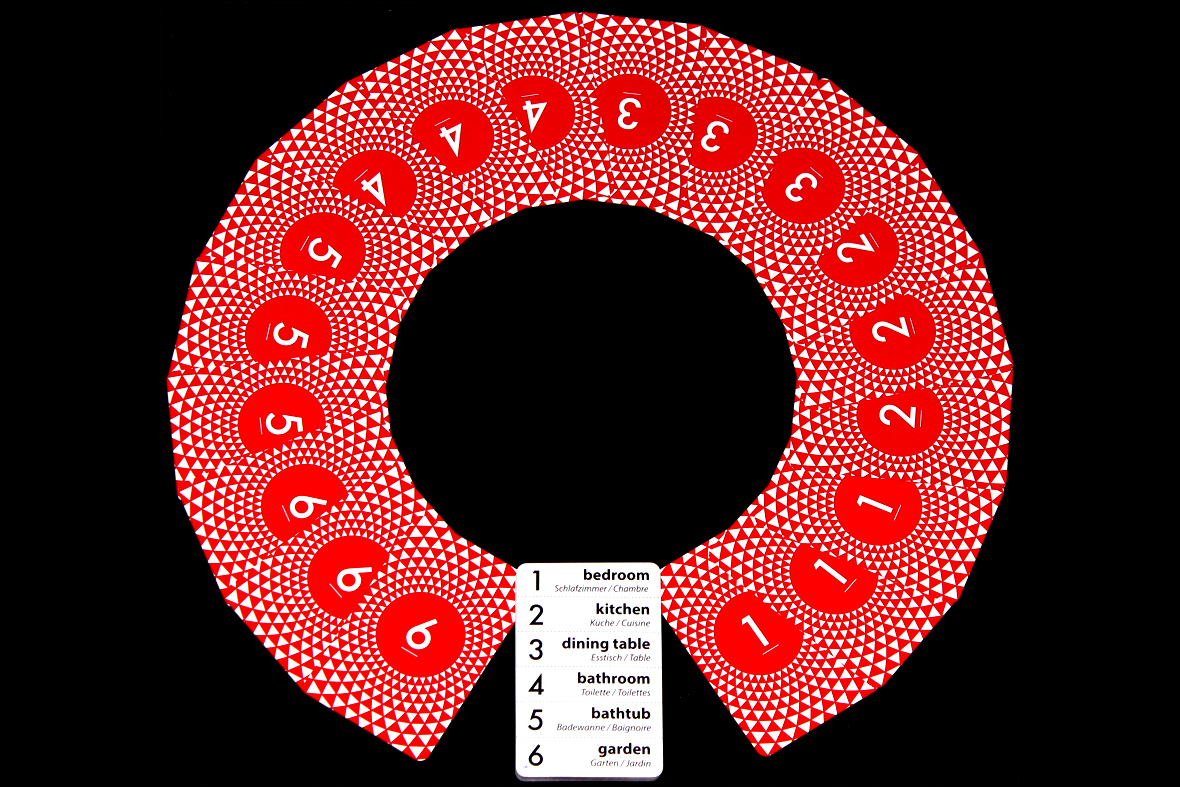 Shuffle them, and give them to whichever player is the Master (that player should reveal themselves; the Insider should not).

Once you’ve done that, you’re pretty much ready to start:

Gameplay is also super straightforward. There’s a night phase, like other hidden identity games, but this one is super short.

The way the game works is that any player can ask the Master any yes-or-no question about the word and the Master must answer somewhere on the yes-no spectrum (I generally allow “Yes”, “No”, “I don’t know”, but you might allow “Usually” / “Rarely” if you want to make things a bit easier).

The player who was named the Insider reveals their card. If they’re the Insider, everyone else (including the Master) wins! If they’re not the Insider, the Insider wins! You can kind of just play as many times as you want, since there’s no real scoring thing, or anything.

I think it’s a bit more difficult to figure out who the Insider is at higher player counts since there’s so much noise, but who cares? It’s a party game. I think our sweet spot for it is 6 – 8.

Overall, Insider is great. Really, I’ve played it like, 20 times in about a week’s span and enjoyed pretty much every game with one specific exception that was unrelated to playing Insider. Regardless, it’s a triumph in a genre that I thought was kind of … played out (social deduction, though it’s a very light version of that). It’s light, neat, and cool, and every time I play it I wonder to myself why nobody had done this before. I’m glad someone did, because Insider is an awesome game in a tiny box. If you don’t already own it, I would highly recommend checking it out!