I started a Patreon this week! If you’d like to support What’s Eric Playing? financially and / or help me knock a few items off of my to-do list, feel free to check it out. We’ve already hit $25, so I turned off advertising on the site. Please enjoy the new ad-free experience. 🙂

Another day, another review! This time, we’ll be checking out Prowler’s Passage, a new two-player game of thieves, tunnels, and intrigue from Renegade Game Studios, publisher of other games reviewed on this blog, such as Lotus, Lanterns, Pie Town, and more.

In Prowler’s Passage, you and a rival thief will dig far below the city to try and collect a variety of priceless treasures, and by laying these tunnels vie for control of various districts of the city. You’ll be after jewels, books, statues, and more to try and control the city. Will you become the greatest thief of all? Or will your efforts and schemes come up short?

First, easiest thing to set up is going to be the board:

This should sit between the two players, and will be used to track control of the Districts. To that end, add the five District tracker tokens to the board, in the spots matching their shapes: 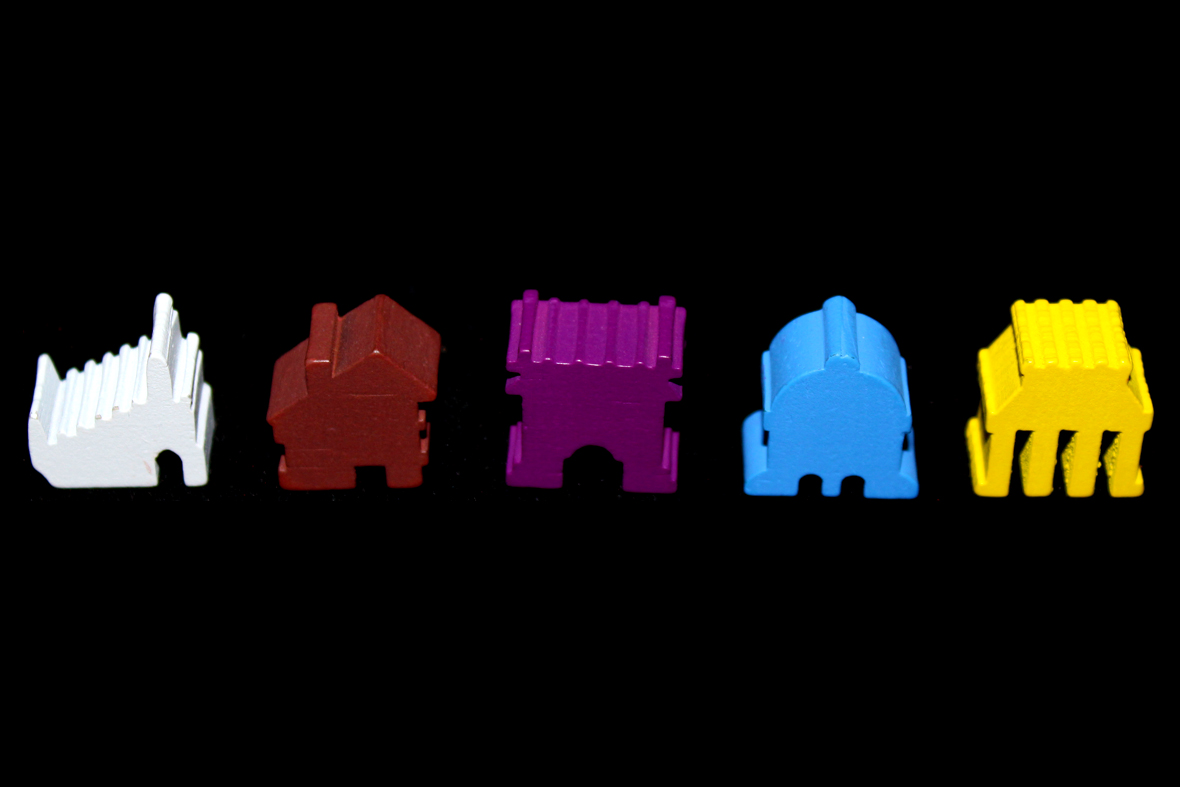 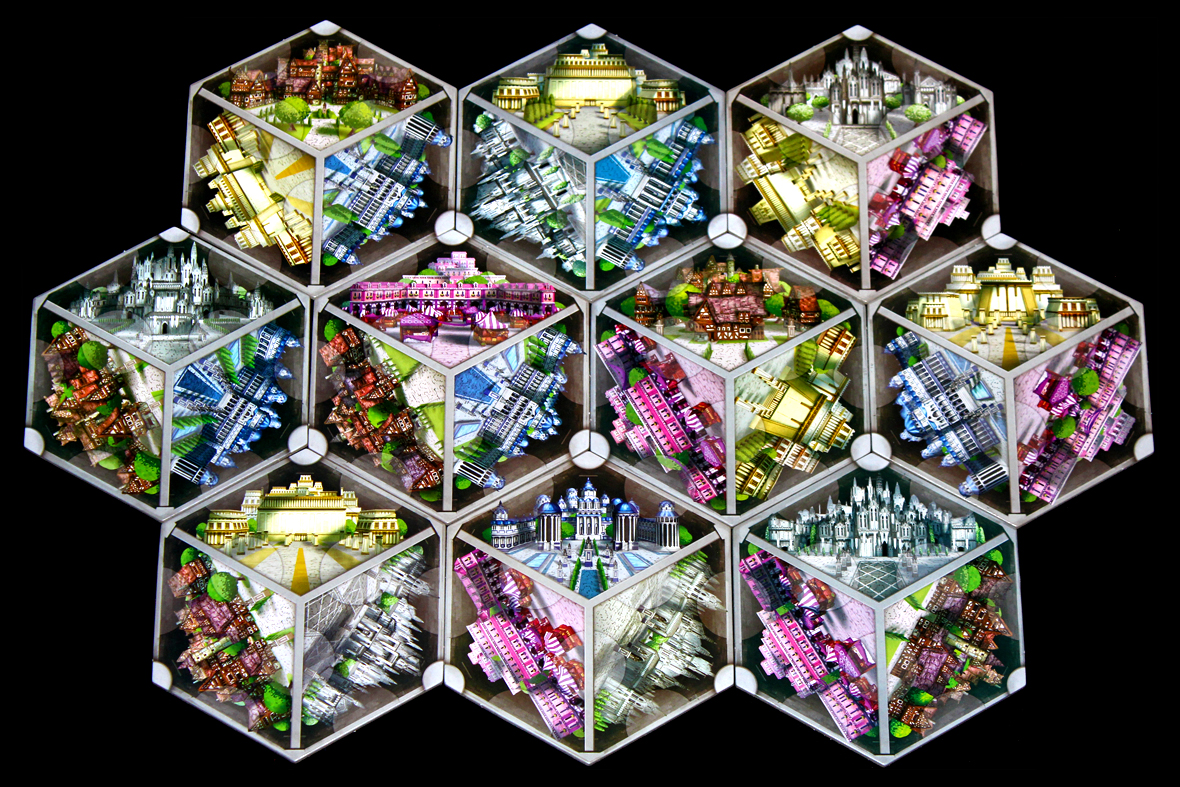 Shuffle them up, spin them a bit, and place them in a sorta-pyramid shape. Three connected to the board, two connected to them, and then one at the point. Align them such that the circles on the corners of the tiles are all completed, like this: 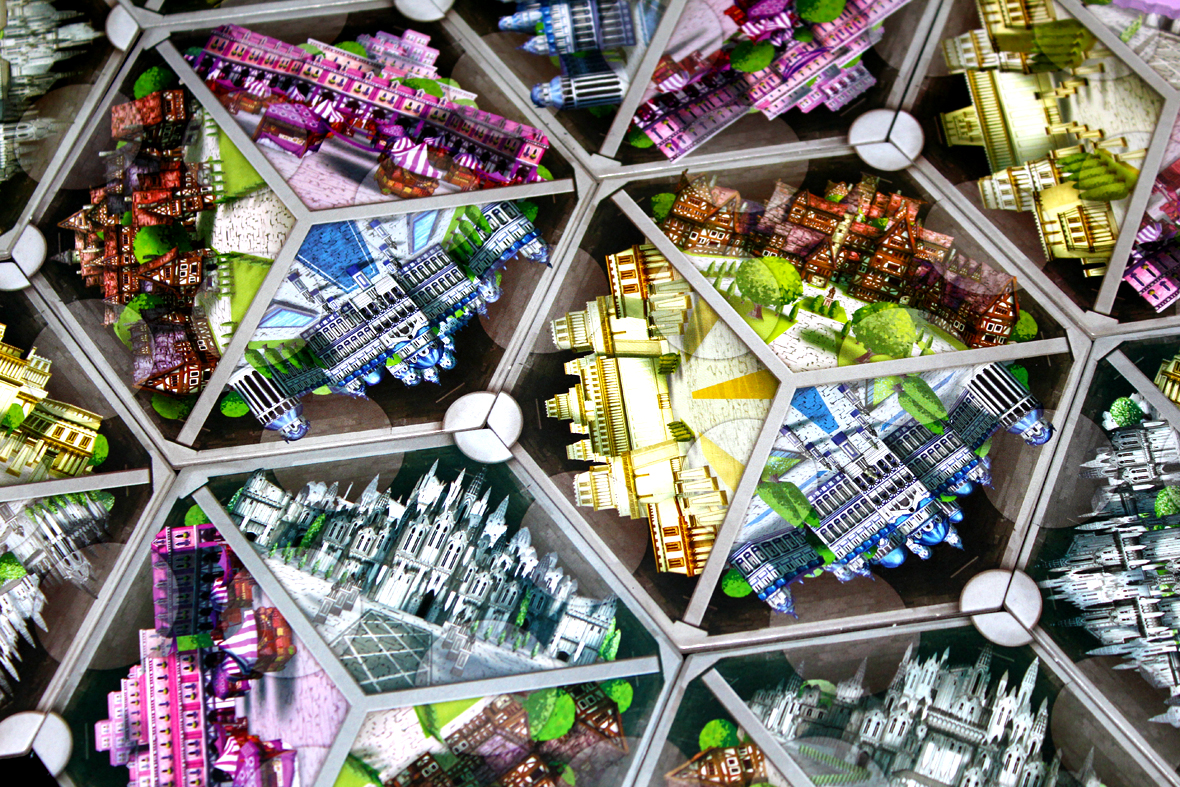 Now, you can add statues to the relevant spots. Those are going to be the three complete grey circles that are created as intersections of tiles, as well as the middle: 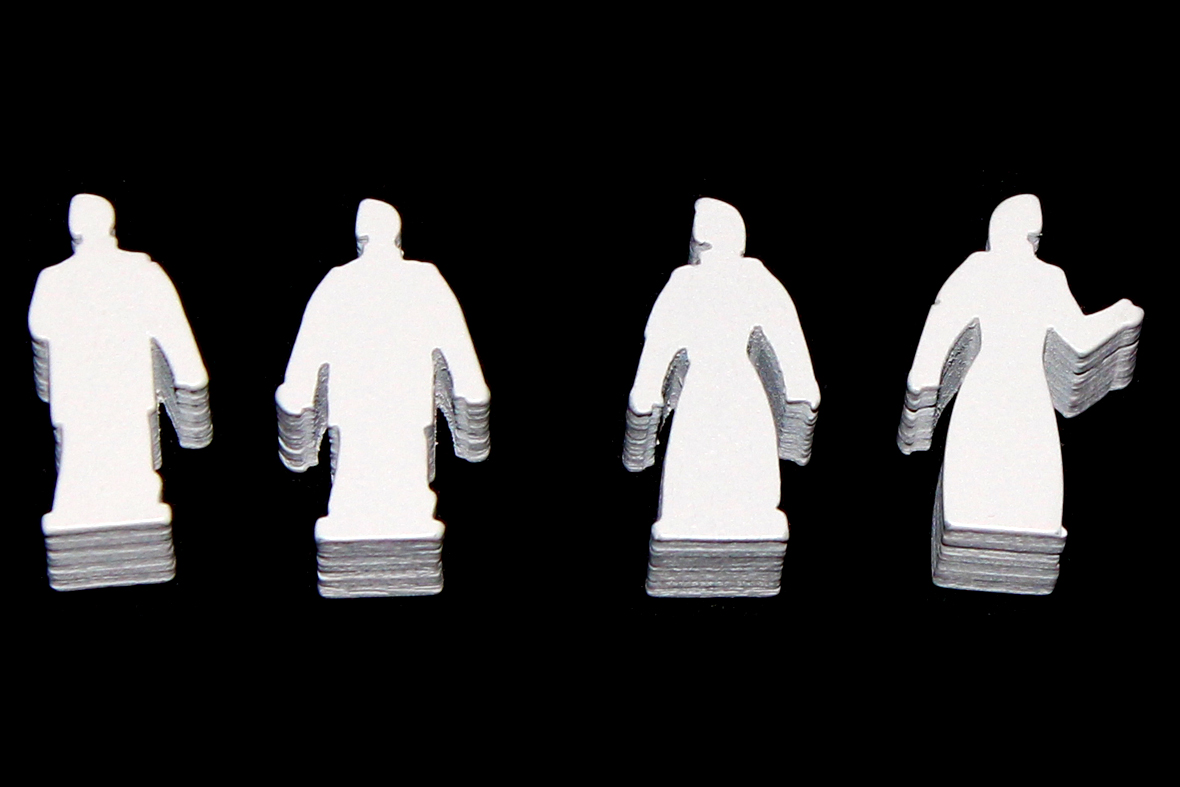 This one is interesting — take the object tokens (there are 27 of them and some but not all are double-sided), shuffle them up, and put them on every full sorta-grey circle (they’re a bit less opaque, and there are three on each tile as well as one on each tile-tile boundary):

Great, you’re almost done. Shuffle the Achievement cards, take three, and slot them above the board:

Finally, as one last thing, give each player a set of tunnels in their color: 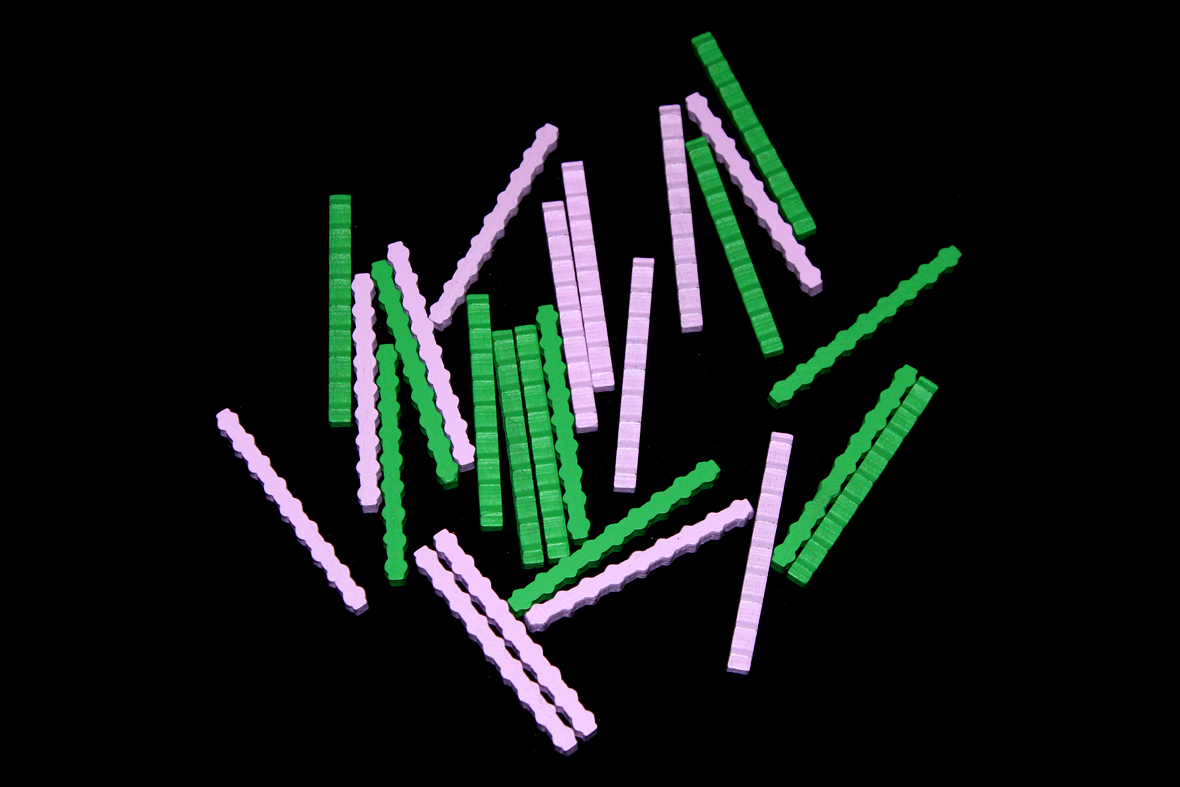 You’re all set! Choose a player to go first, and you’re ready to go:

So, a game of Prowler’s Passage is played over a series of turns, culminating in two scoring phases. One of these phases is Mid-Game Scoring, the other Final Scoring. The player with the most total points after these two phases is the winner!

On your turn, you’re gonna place one of your tunnels on any edge on the board that’s got an Object Token on it. Take the Object token, and then move the token(s) matching the District(s) on the two spaces your tunnel is between one space closer to you. Add the Object Token to your stash on your side of the board.

Shovels are fun! Since the Object Tokens are double-sided, do not flip them over.

If you ever fulfill the criteria for one of the Achievement cards, you claim it immediately and place it in front of you. Once it’s claimed, your opponent cannot claim it. It belongs to you, now.

If, at any point, a turn ends in which one of these cases are true: 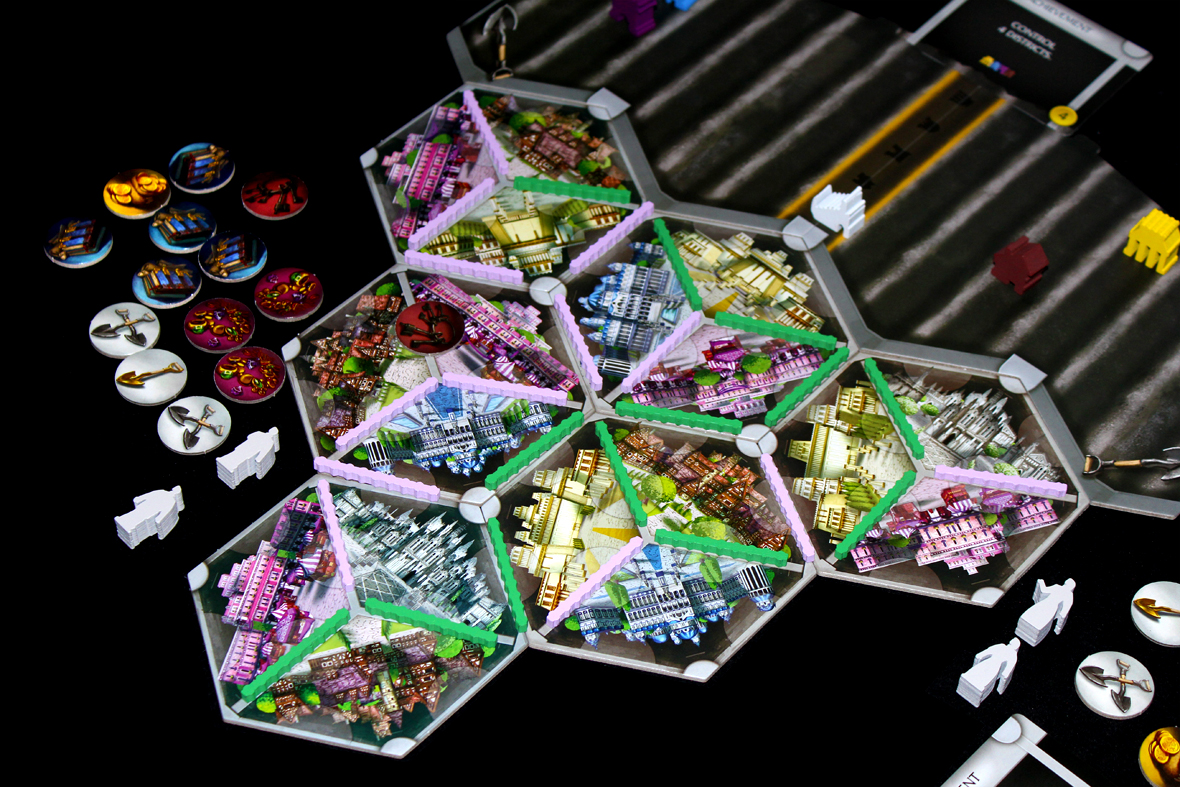 Sum the total, and then resume play. Play continues until both players have placed all of their tunnels, at which time you’ll perform Final Scoring. It’s exactly the same as Mid-Game Scoring (since you score all the same things again), but also add in the points you’ve earned from the Achievements you’ve collected over the course of the game. The player with the most points wins! 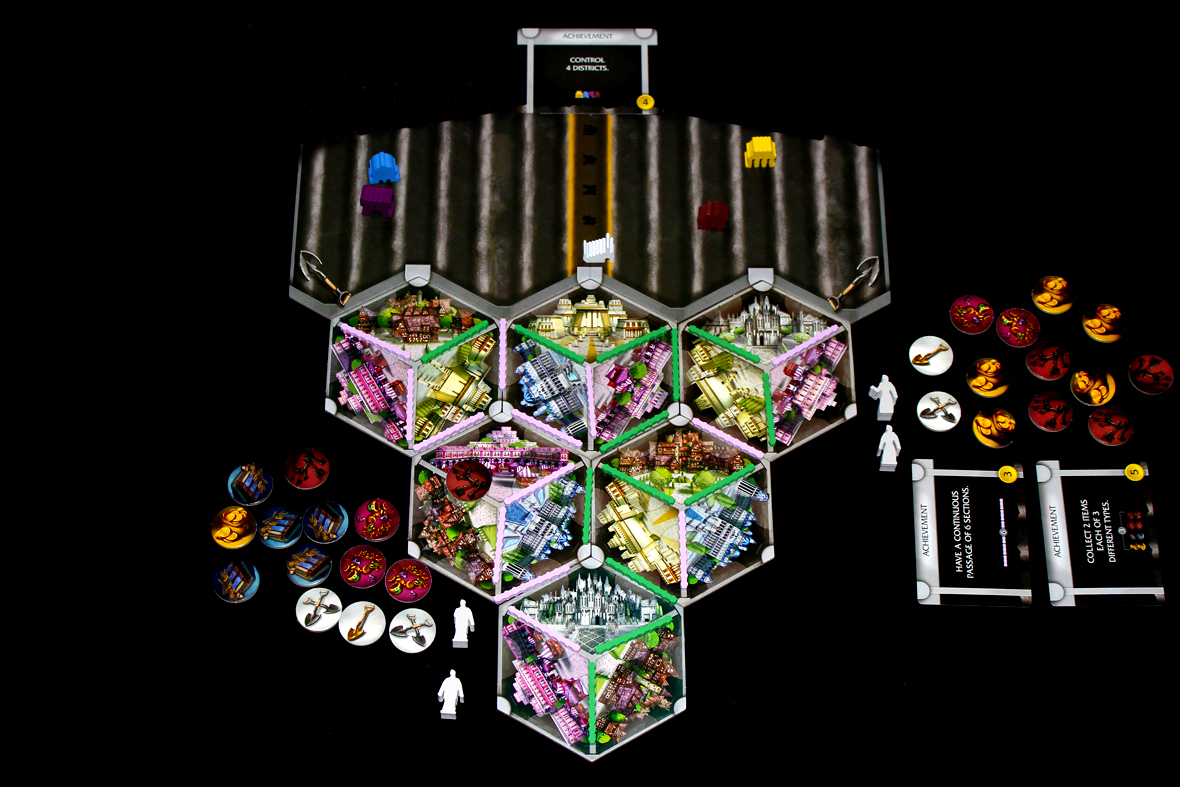 Overall, Prowler’s Passage is super fun! I like a good network-building / path-building game as much as the next person (as evidenced by my love for Near and Far, Tsuro of the Seas, and other such games), and this is a great example. I like that while you’re rival thieves, you’re never really stealing from each other, so the actual conflict is pretty de-emphasized, despite being a two-player game. It’s not as hate-drafty as 7 Wonders: Duel, which I really appreciate; the major source of player-to-player contention is the District control track, which still feels rather impersonal. I appreciate that, a lot, honestly. The scoring does get easier after repeated plays, I assure you, even if it’s a lot to take on in your first game. Either way, if you’re looking for a fun two-player game of thieves and treasures, Prowler’s Passage is a solid choice!