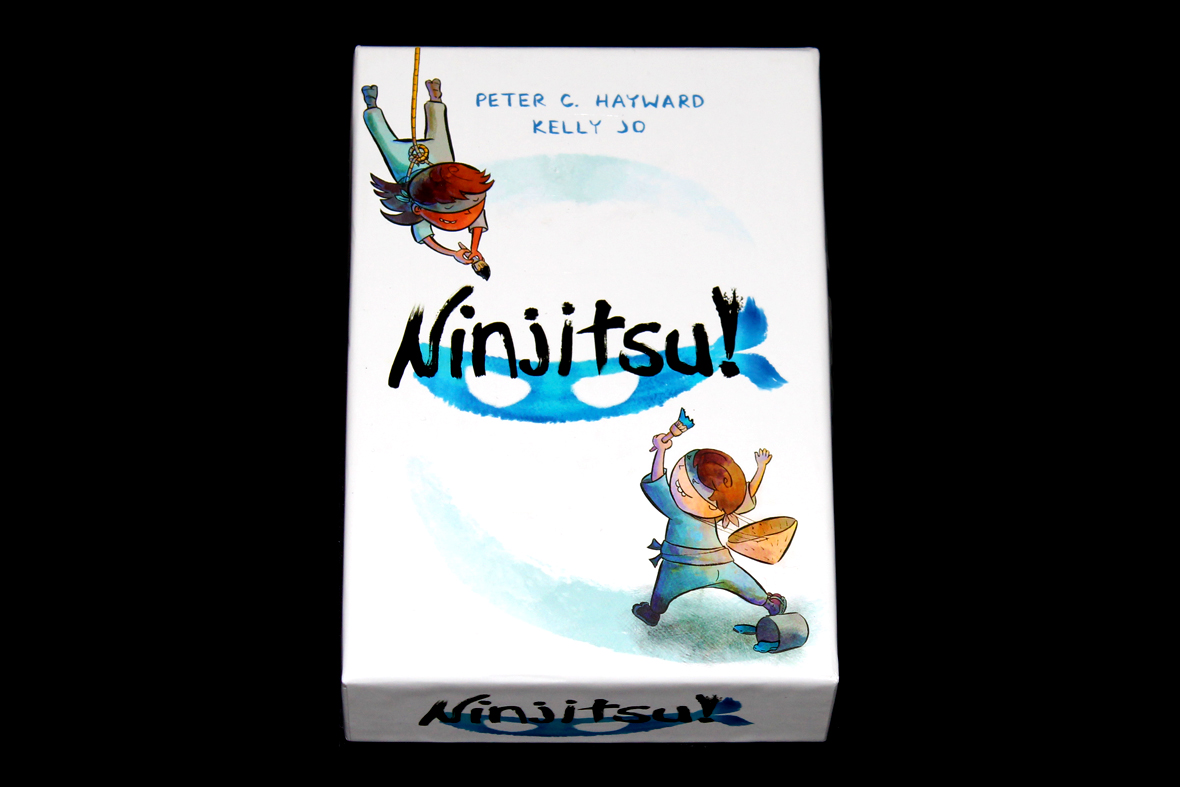 Full disclosure: A review copy of Ninjitsu was provided by Jellybean Games.

I think this is less of a “Gen Con game” and more of a “recent release”, but honestly I’m still half-asleep from the last three weeks so it’s anyone’s guess. This week I’m turning to another Jellybean Games item, the same studio that brought us Show & Tile and The Lady and the Tiger Series.

In Ninjitsu, you play as heads of noble houses who want to do what anyone else would also want to do: amass lots of treasure. That said, the only thing more valuable than treasure is secrets, so it wouldn’t be bad to have a few of those, as well…

This is probably going to be a pretty short review, because uh, setup isn’t too long. Here’s how it works. You shuffle the deck of cards:

You deal four to each player.

Gameplay’s going to be a bit longer, but not much. The game of Ninjitsu is subterfuge and backstabbing and a looooot of take-that, which you all know is my favorite mechanic, but here we go anyways.

Basically, each card in Ninjitsu is worth a certain number of points, and you have the ability to keep some as Secrets and others as Treasures. If you can get 21 points between your Secrets and your Treasures at the start of your turn, you win (17+ in a 5-player game). But how do you do that?

Well, on your turn, you must do one of these three actions: 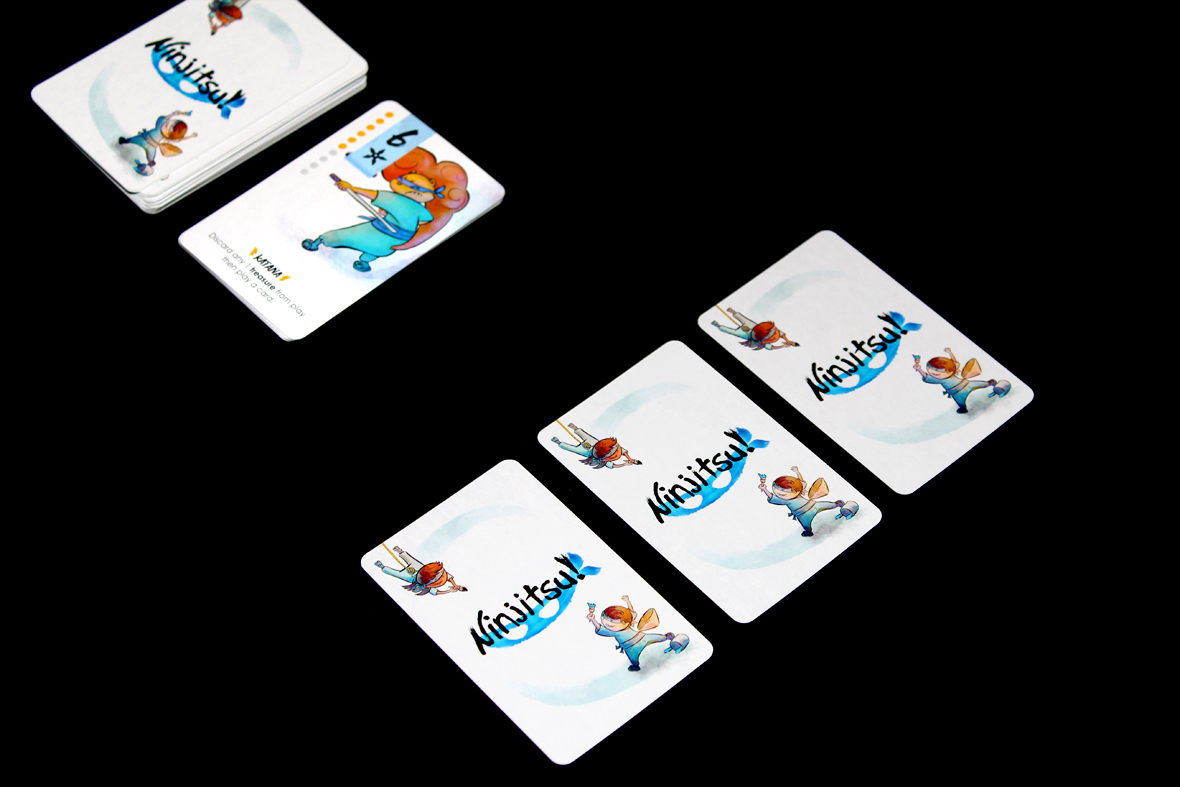 The first player to 21 (17+ at 5 players) at the start of their turn wins! If you declare that you’ve won and you’re incorrect, you must turn all of your secrets face-up and skip your turn. Whoops. Try to specifically not do that.

The major difference is control. This is the exact kind of game where ganging up on the player in the lead is important, and the balance becomes more and more precarious at higher player counts. To be fair, it’s not exactly supposed to be an Intense Strategy Game, either, so I wouldn’t be too harsh on it. But the core problem is that as you increase in player count, you need to keep track of more people, and if anyone plays suboptimally then either you need to cover for them so that the person they’re trying to block doesn’t win, or you need to hope that they’re playing suboptimally to your benefit. The latter case doesn’t happen nearly as often as you’d like for it to.

Either way, I’d probably tend towards the lower end of the player count for this one, personally.

Overall, Ninjitsu is fine. Like, it’s a pleasant light game that I could see myself playing with younger folks or as a warm-up game for a game night, but if I were in that position I already have four distinct chronicles of Lost Legacy. I’d love to push the “kids” angle because the art is so kid-friendly, but I think there’s still a decent amount of text on the cards such that that might not be the best angle to try for this game. Either way, it’s not a bad game; it’s just a combination of a few features that I don’t typically care for, but with an excellent art presentation (that I’m coming to expect from Jellybean, which is never bad). That said, if you’re looking for a short game with very little setup that’s full of snipes, barbs, and a healthy dose of take-that, you might find Ninjitsu to be right up your alley!