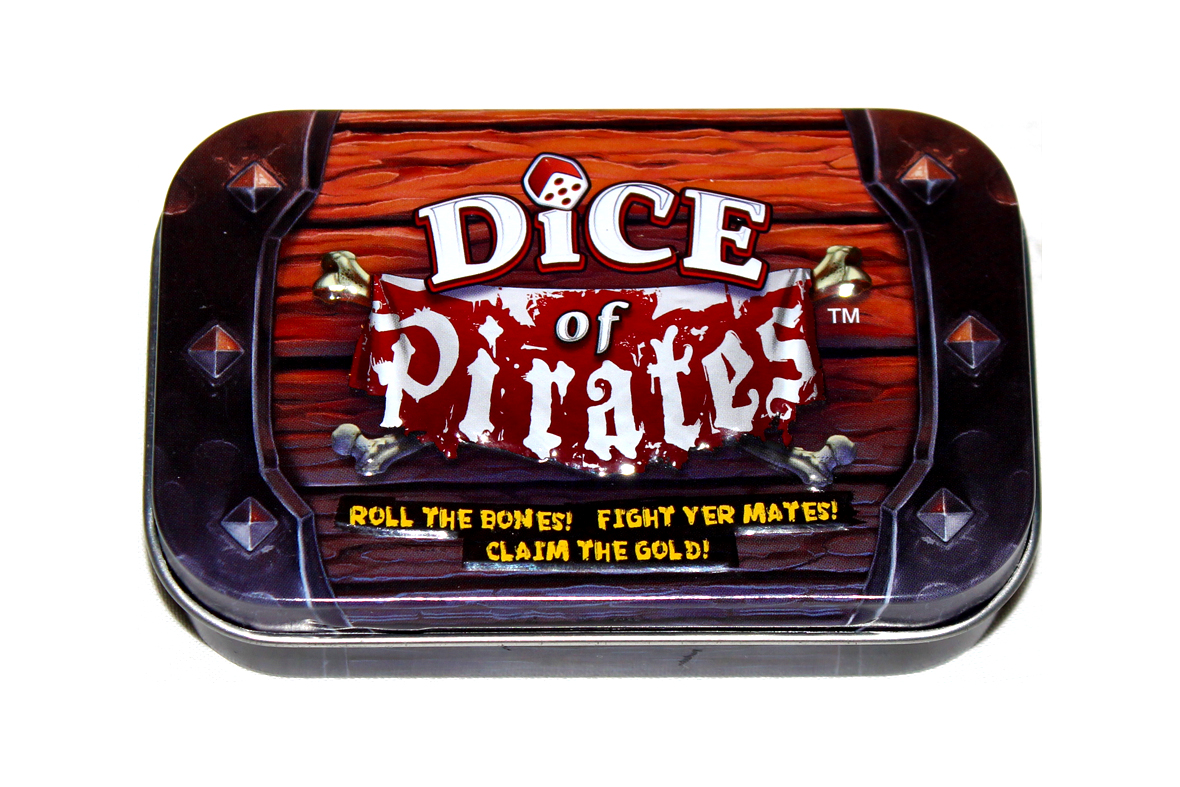 Full disclosure: A review copy of Dice of Pirates was provided by Thing 12 Games.

I remember when I barely played any pirate games. At the time, it was kind of a novelty genre because I just … didn’t own any and was looking to get into more. Weirdly, I see it kind of paired with Western-themed games, but I’m aware of far more Western games than pirate games, off-hand. Maybe pirate games skew heavier? Who knows. Anyways, between Extraordinary Adventures: Pirates, Bad Maps, Skull King and this, I’ve gotten a bit of exposure to life on the high seas, and it’s been a lot of fun. So without further ado, let’s talk about Dice of Pirates, the latest (but not last) in the Dice of series from Thing 12 Games, publisher of Seals of Cthulhu and Dice of Crowns.

In Dice of Pirates, you play as one of many masters of the ocean vying to claim treasure, plunder boats, and occasionally politely trade. You know, as you do. Along the way, you’ll find that you have to make deals, break those deals, and maybe avoid a giant octopus? squid? Who knows. Will you be able to succeed where others have failed to become the greatest pirate of all time?

Not a ton to say. Set the Plunder tokens in the center: 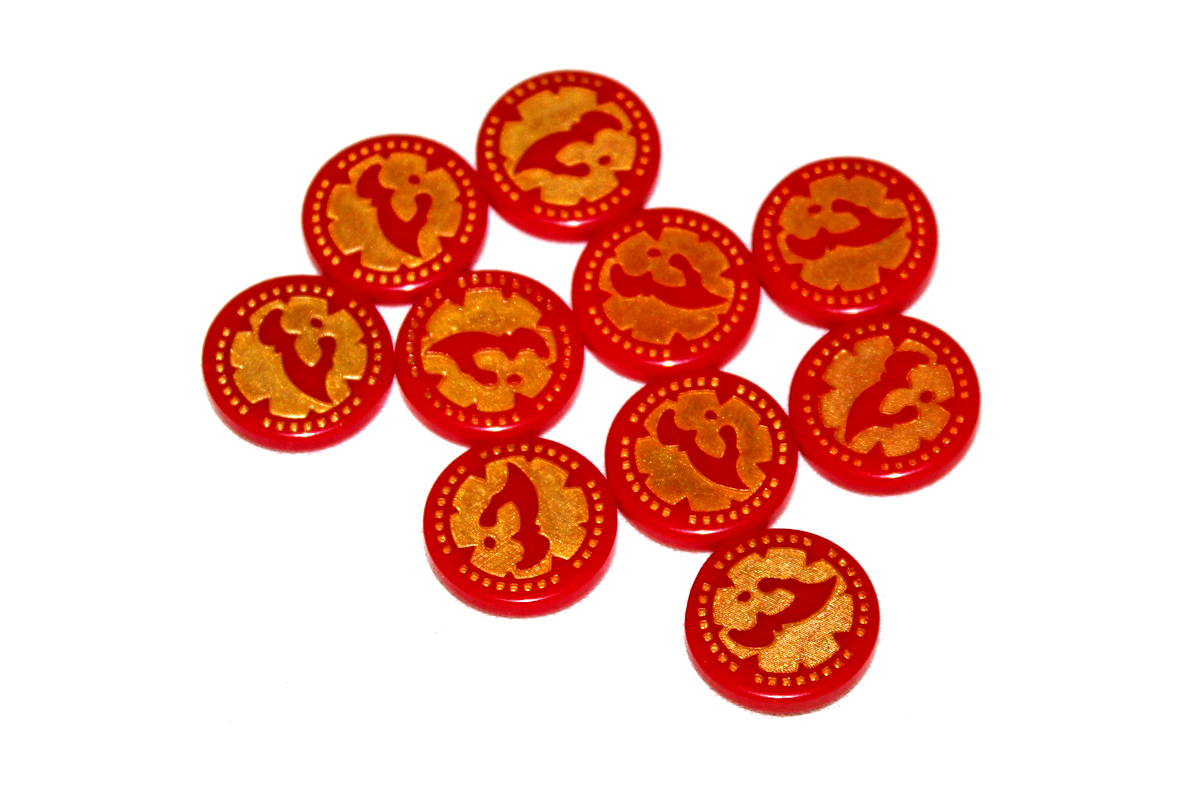 Place the Treasure in view of all players: 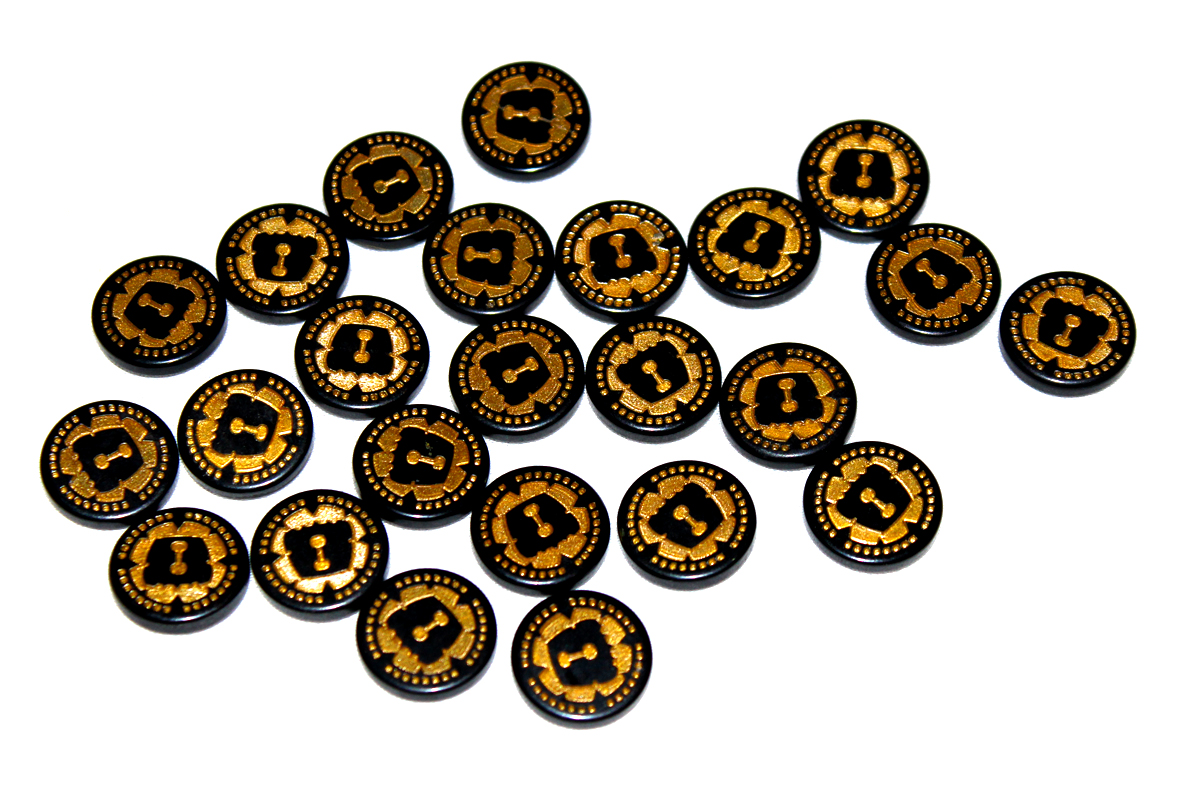 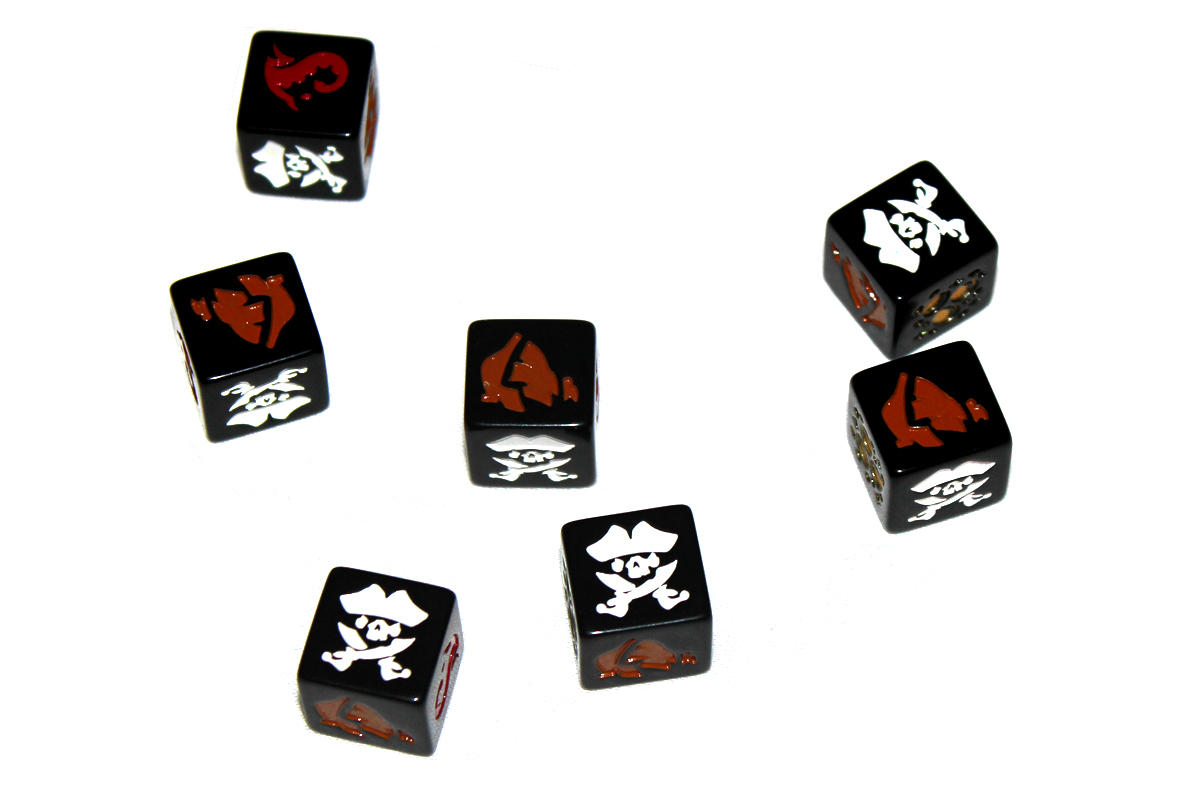 And you’re ready to start! 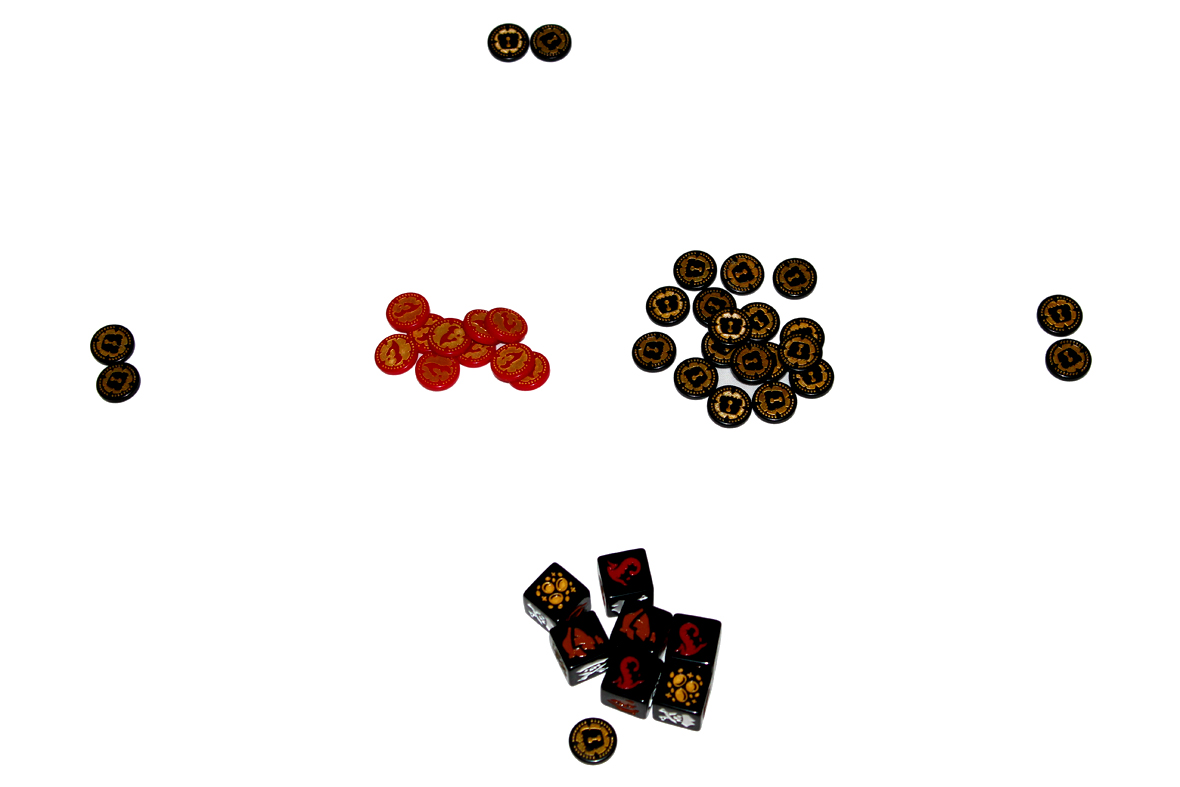 If you’d like, you can also add in the ship: 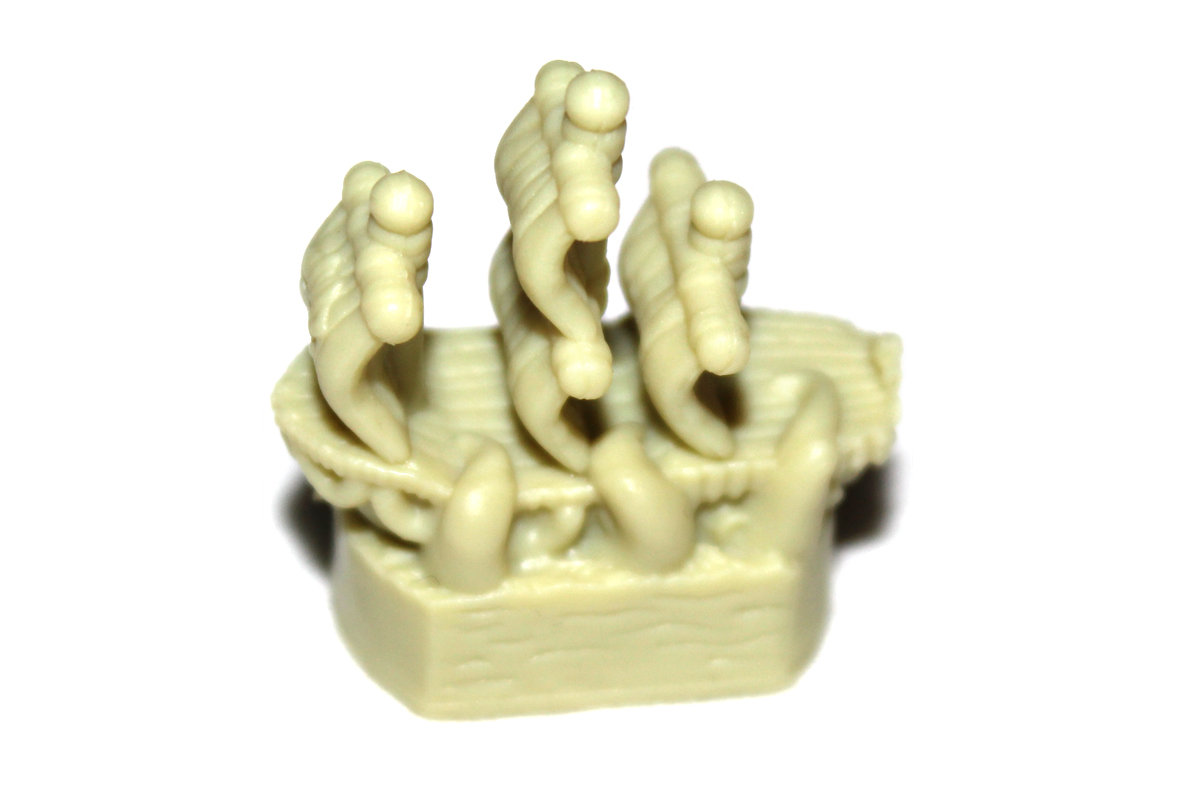 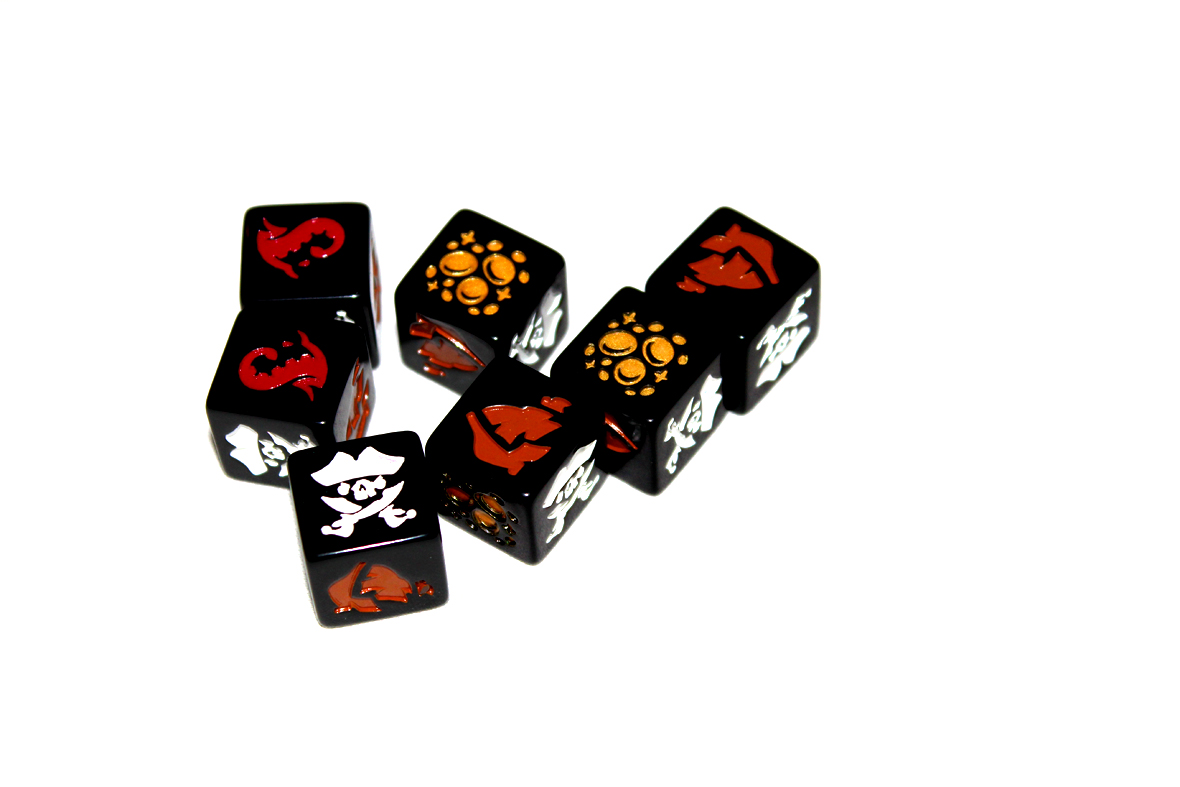 Game’s simple. On your turn, roll the dice to start, then evaluate in this order:

You may also spend two Plunder instead of doing Raids or Treasure to claim the ship I mentioned earlier. It stays in front of you until you lose a raid (at which point it’s claimed by the winner) and counts as 1 Plunder. 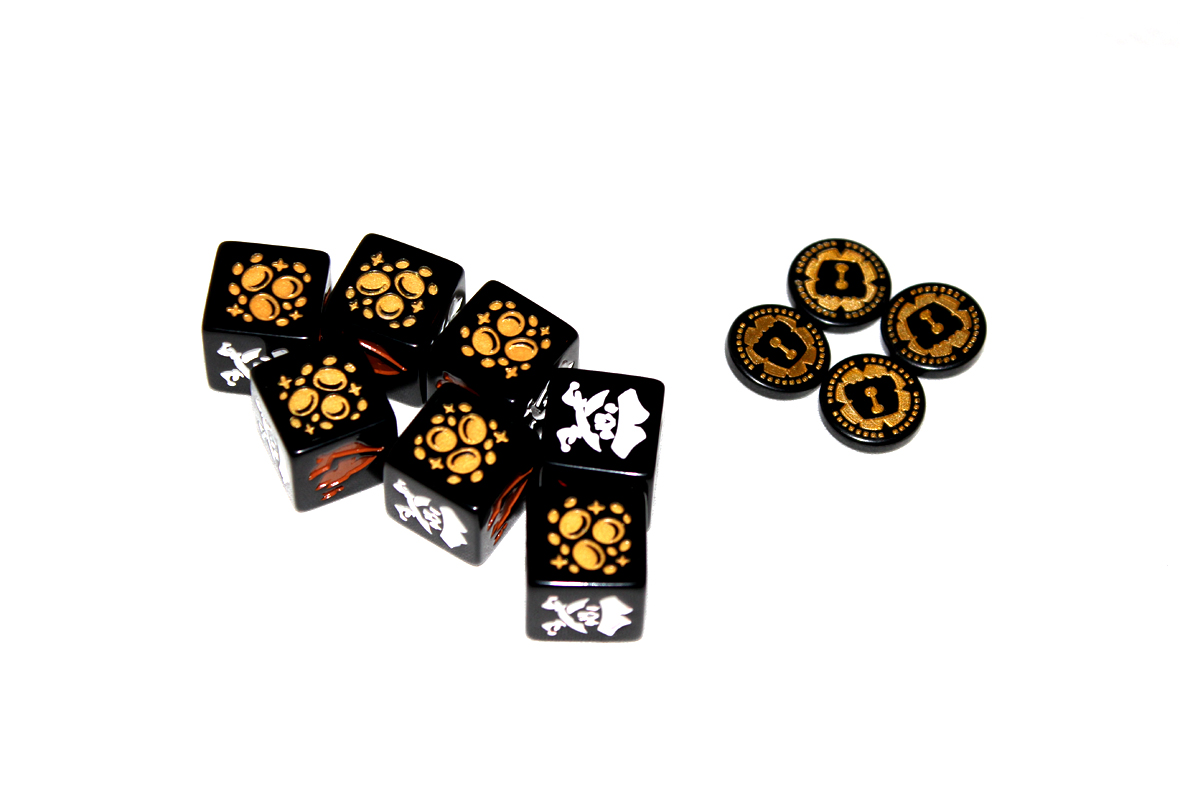 The game continues until a player ends their turn with 7 Treasure. That player wins! 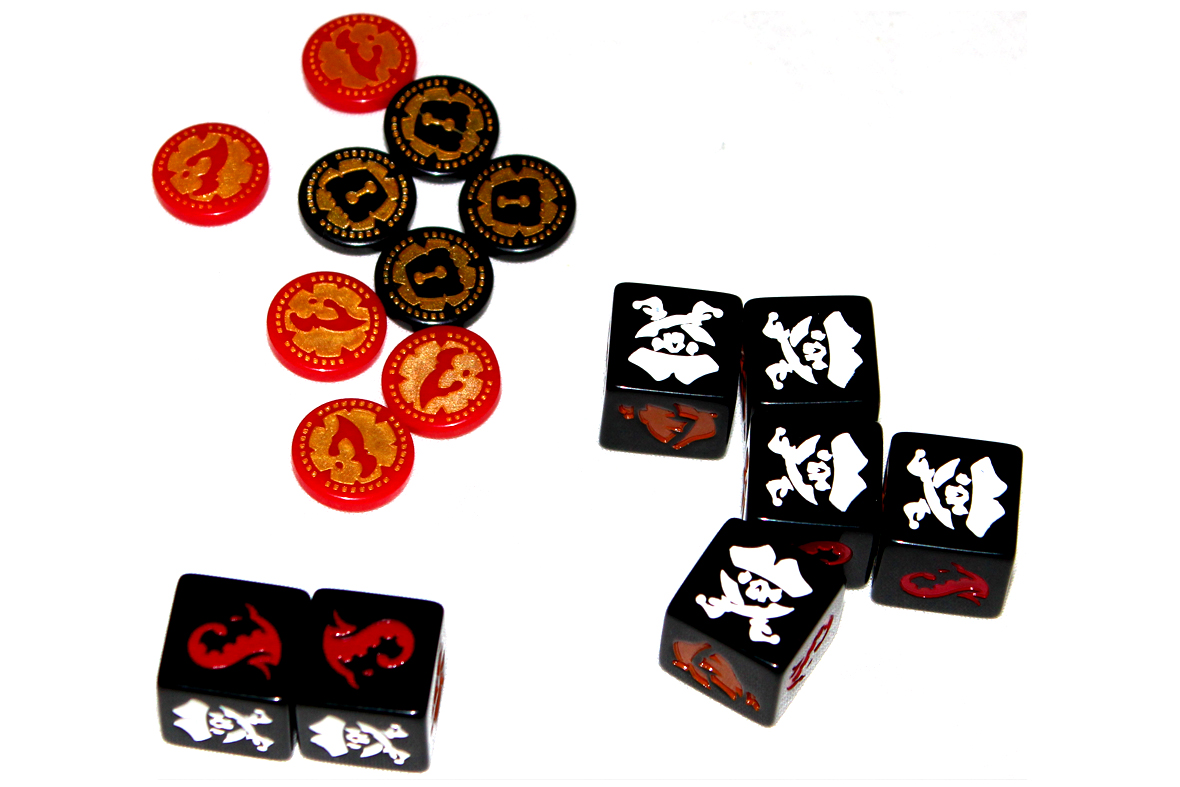 In a two-player game, you play as Rivals. When you gain Treasure from Treasure dice, you gain it from them instead of the Supply, and Krakens rolled from Ships are set aside (instead of assigned to another player). Play until one of you has stolen all the other’s treasure!

Game just takes longer at higher player counts. There’s no adjustment for more players to start with more money or anything, and so there’s more downtime as you wait for players to hit the point where it’s worth robbing them. If more players individually have money, then it’s fine, but if only one player has a lot of money, that just means even more players are going to gang up on them, which is never my favorite interaction mode. As a result, slight preference for this game at lower player counts. 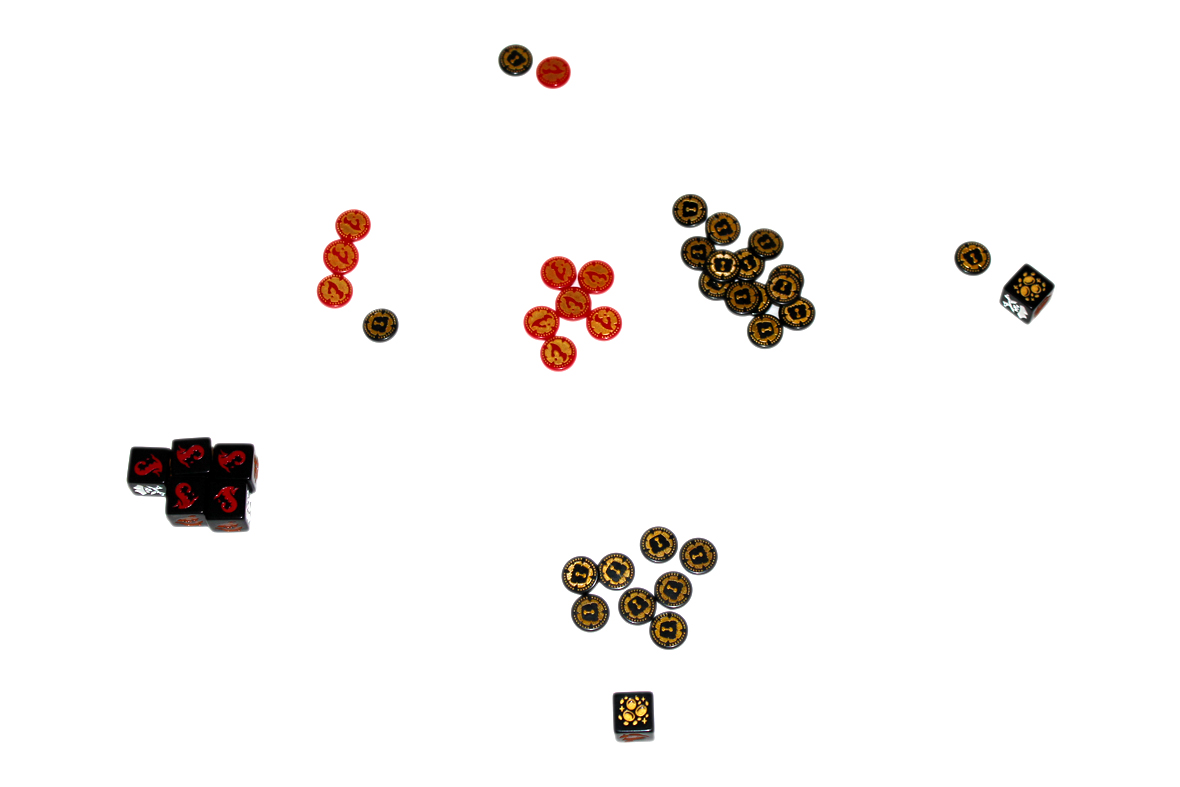 Overall, Dice of Pirates is a cute and quick little game! I think it’ll appeal a lot more to the take-that-friendly crowd than it does me, but it’s definitely not bad if you’re looking for a quick fix and you’ve got the player count for it. I think, if my memory serves, I really enjoyed Dice of Crowns when I played it last (the precursor), but I think it had less of a direct take-that / combat than Dice of Pirates. Not sure; it’s been a while. The nice thing is that the gameplay all feels very thematic; there’s trading ships, there’s combat, there’s backstabbing and plunder. If you were going to play a game on a pirate ship (other than Liar’s Dice), I could see this very much being that one. That’s the nice thing about Thing 12 Games, in my opinion; they always spend a fair bit of time digging into like, thematic gameplay. Seals of Cthulhu, while not my all-time favorite game, spent a lot of time on this too, with combining light and dark halves of cards to gain forbidden power. I think that’s an attitude that’s gonna take them far, and if you’re interested in living a pirate’s life on the high seas in a cute, quick dice game, Dice of Pirates might be a great way to get you there!