Full disclosure: A review copy of Trellis was provided by Breaking Games.

It’ll be interesting to see what the first game that I’ve purchased this year that I get to review is (probably Tag City, all things considered [actually, it’ll end up being Honshu, but Tag City is super fun!]), but it’s not this one — I received Trellis for review from Breaking Games (publishers of Expancity, another great example of possible variations to the tile-laying game formula). It’s a cute-looking game, so, let’s check it out.

In Trellis, you’re competing to bloom flowers along vines on a trellis (oh, that makes sense) as they expand outwards. The vines will snake and curve and overlap and intersect, so make sure that you’re being mindful of your growth and your potential, lest you get cut off early. Will you be able to bloom more beautifully than your opponents? Or will your vines go the way of, well, Vine?

Not a ton on the setup side, here. Give each player some tokens in the color of their choice: 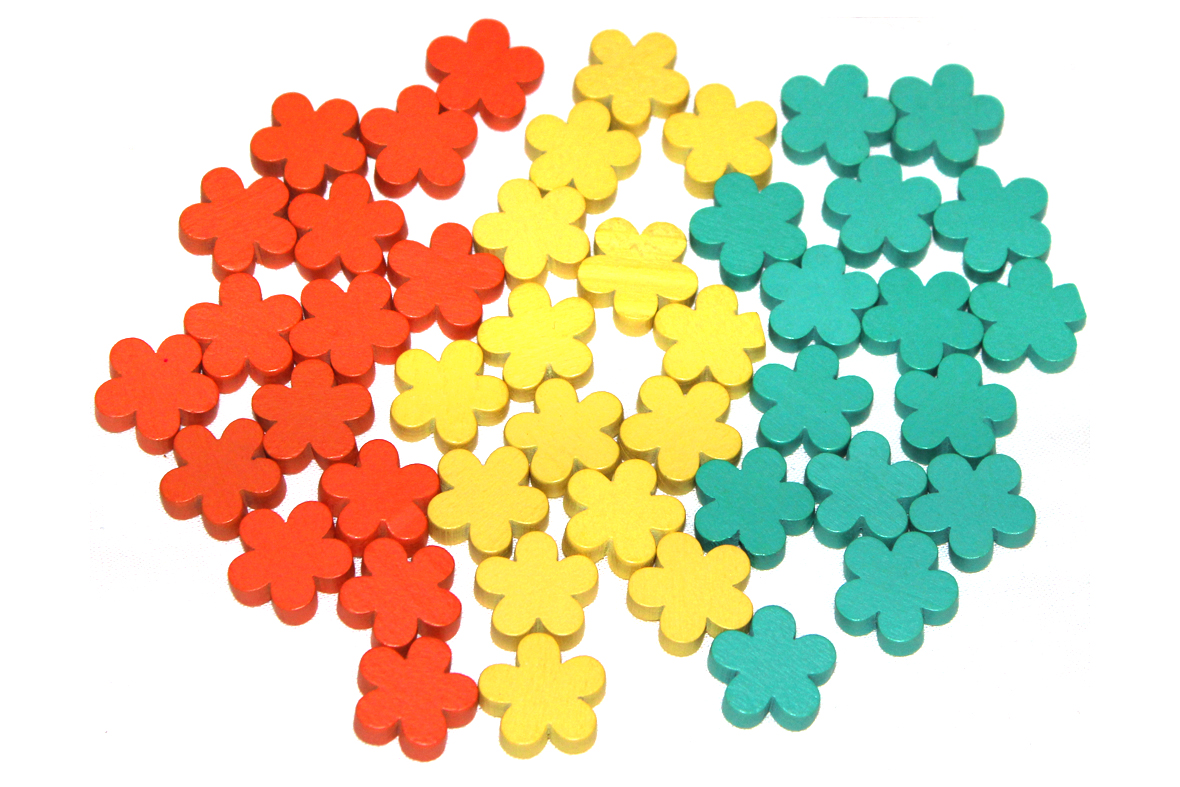 Set out the starting tile (2nd from left in the bottom full row), and give each player 3 more tiles to be the tiles in their hand: 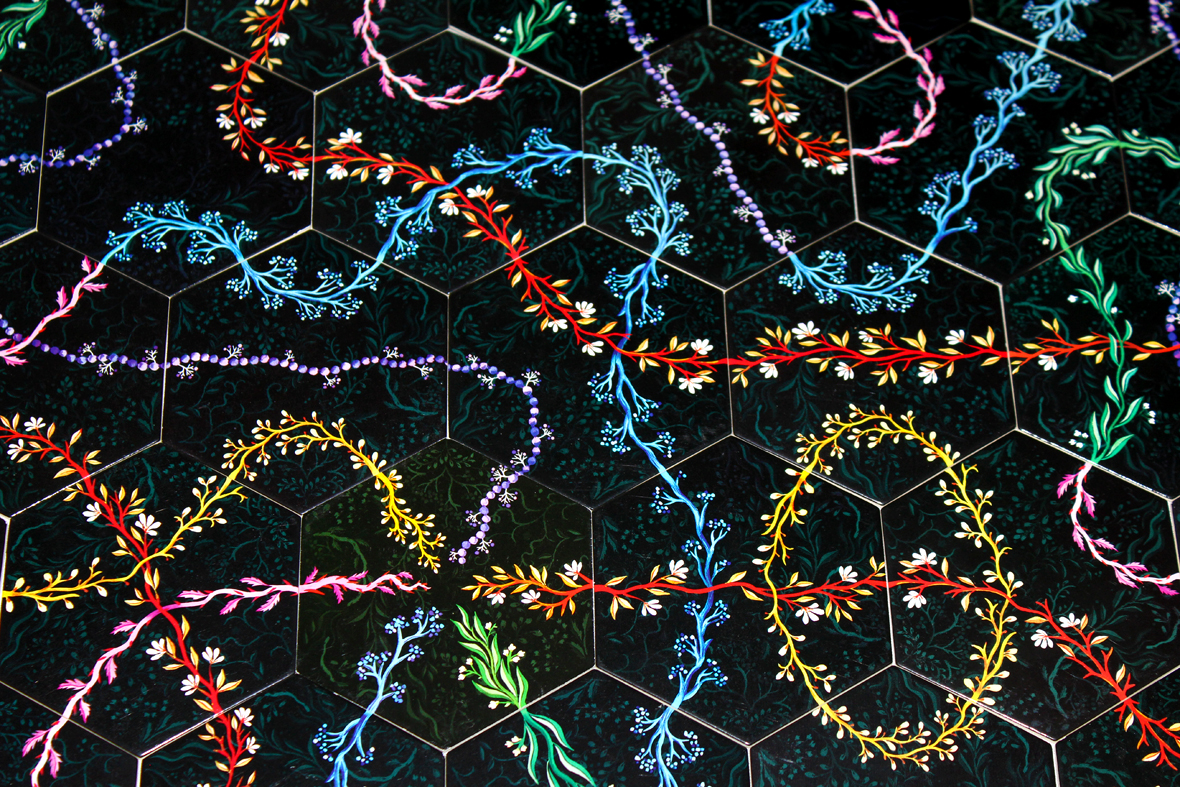 And you’re all ready to start! 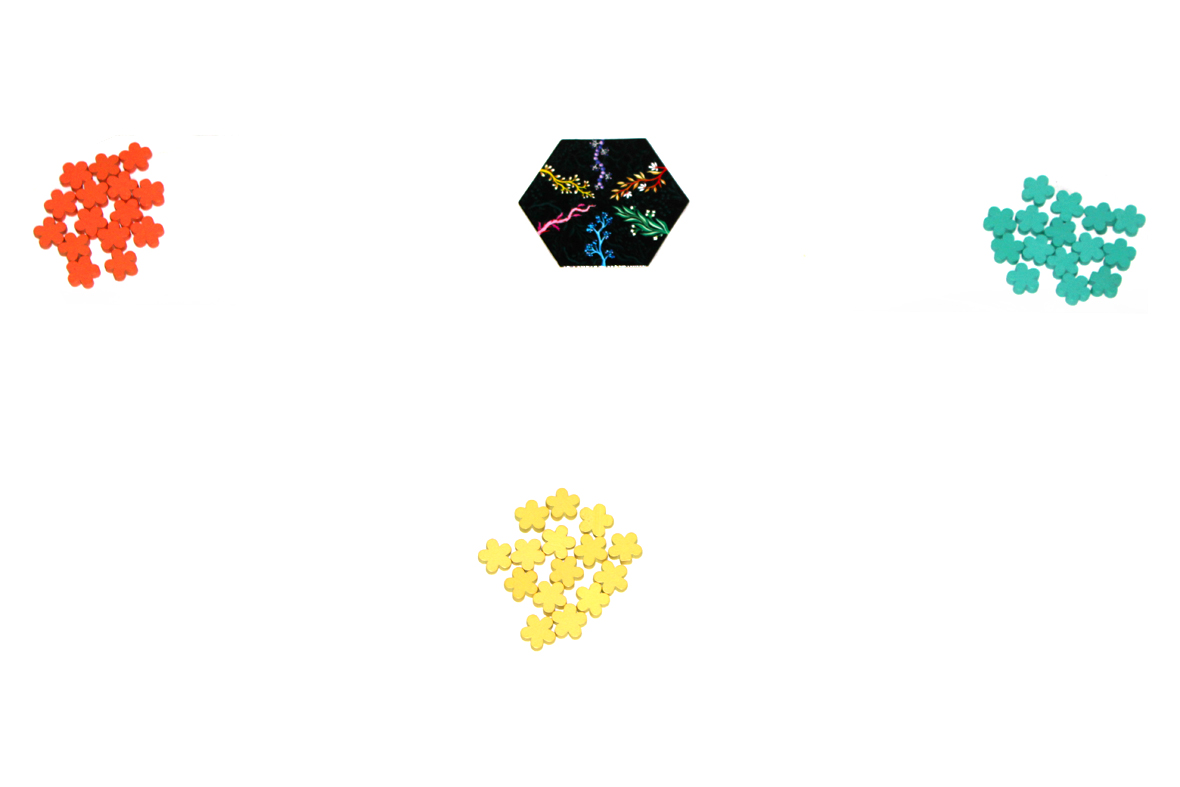 Trellis is a pretty low-key tile-laying game. Basically, as you play tiles you’ll bloom flowers onto the vines on those tiles, and the first player to place all their flower tokens wins the game. 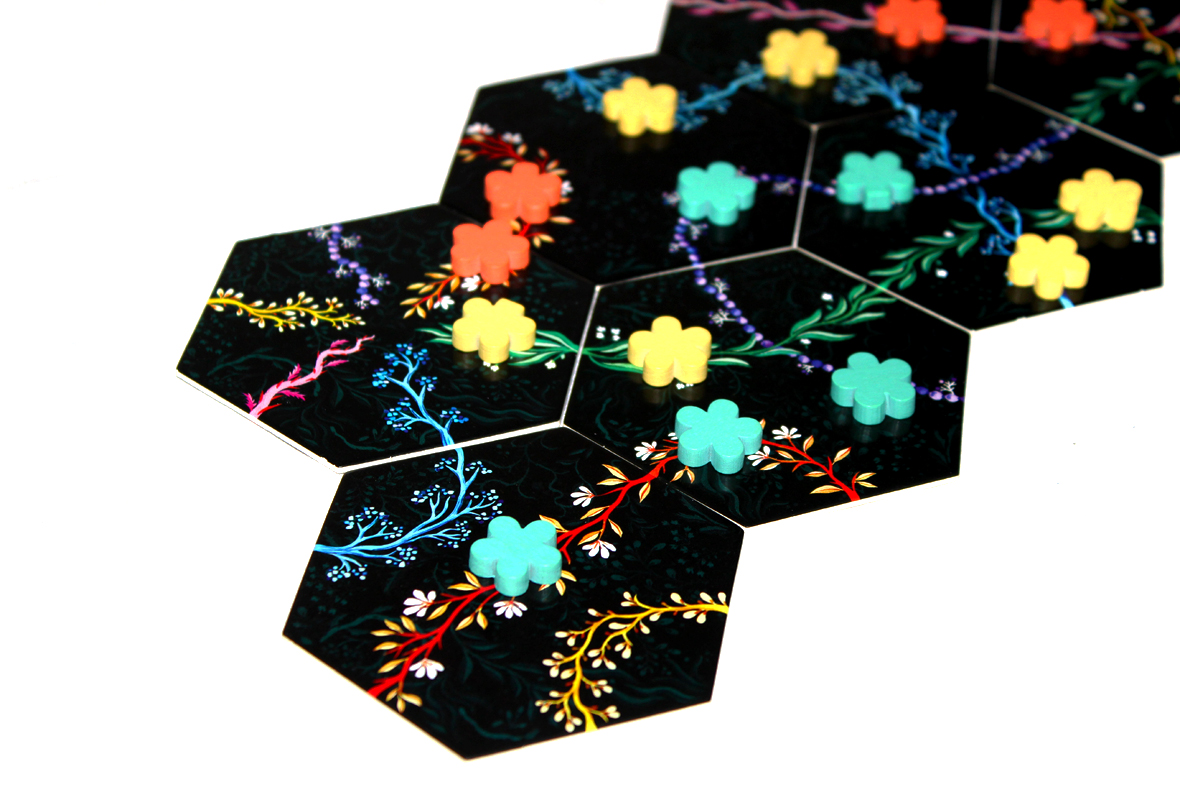 So, on your turn you’ll perform these steps: 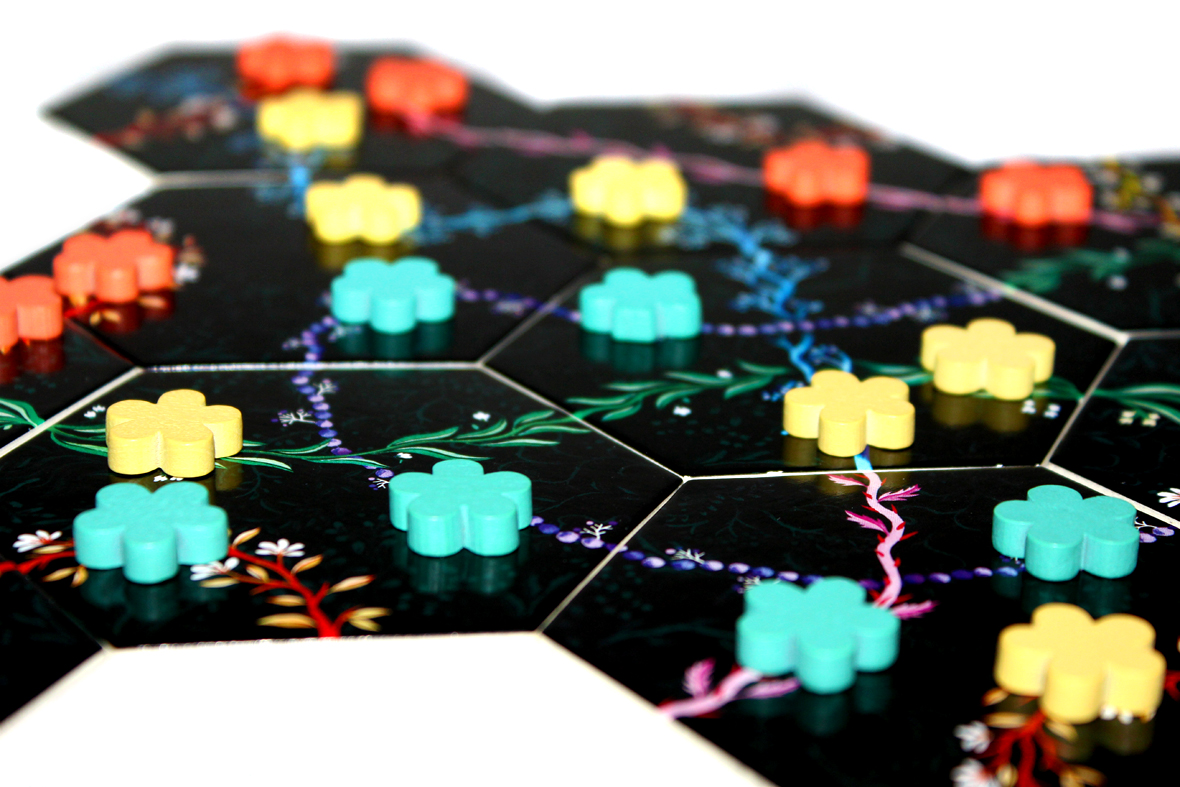 Play continues until a player wins!

Not really that many; there’s more blocking opportunities, but that’s about it. The major thing is that you can essentially gang up on the leader by giving each other gifts if you’re in last place, which you obviously cannot do in a two-player game, but is more feasible at higher player counts. Even then, there aren’t that many turns, so if you’re gonna do it you better hit the ground running. I think I might prefer higher player counts, for that reason.

Overall, Trellis is also … fineish. I think I’m cutting it a bit of slack because it’s short and pleasant, whereas if it were longer I’d probably be a lot less enthused about it. I think the issue I have with it is that there aren’t a lot of options for recovering in a game once a player gets ahead, and it would be nice if there were fixes for that. As it stands, it’s a pretty game without a TON to it, structurally, that I’m interested in, and while that’s all well and good it means that I’d only really be breaking it out as a light filler between games, and, well, I already have a lot of those that I like a lot more (it’s tough to beat Catch the Moon, practically). That said, I think there are many ways that the game could turn around and appeal to me personally a bit more — adding board events or strange tiles or something to break it up a bit would be kind of neat, because as it stands the game feels almost determined once one player (usually the first player, in our 10 games) has had a chance to make a solid move. There’s nothing wrong with that, if that’s the kind of experience you’re looking for, but for me I’m finding that there are other games that do what Trellis tries to do in ways I’m more interested in. That said, there are some things it does well — again, great insert, and wonderful presentation — the table presence of the game is superior, far and away. I think I just wish that the game had more potential on my shelves than it does on my wall in, like, a shadowbox. Oh well. If you’re looking for a light tile-laying game that you can play quickly as some filler, Trellis might be a game worth trying!