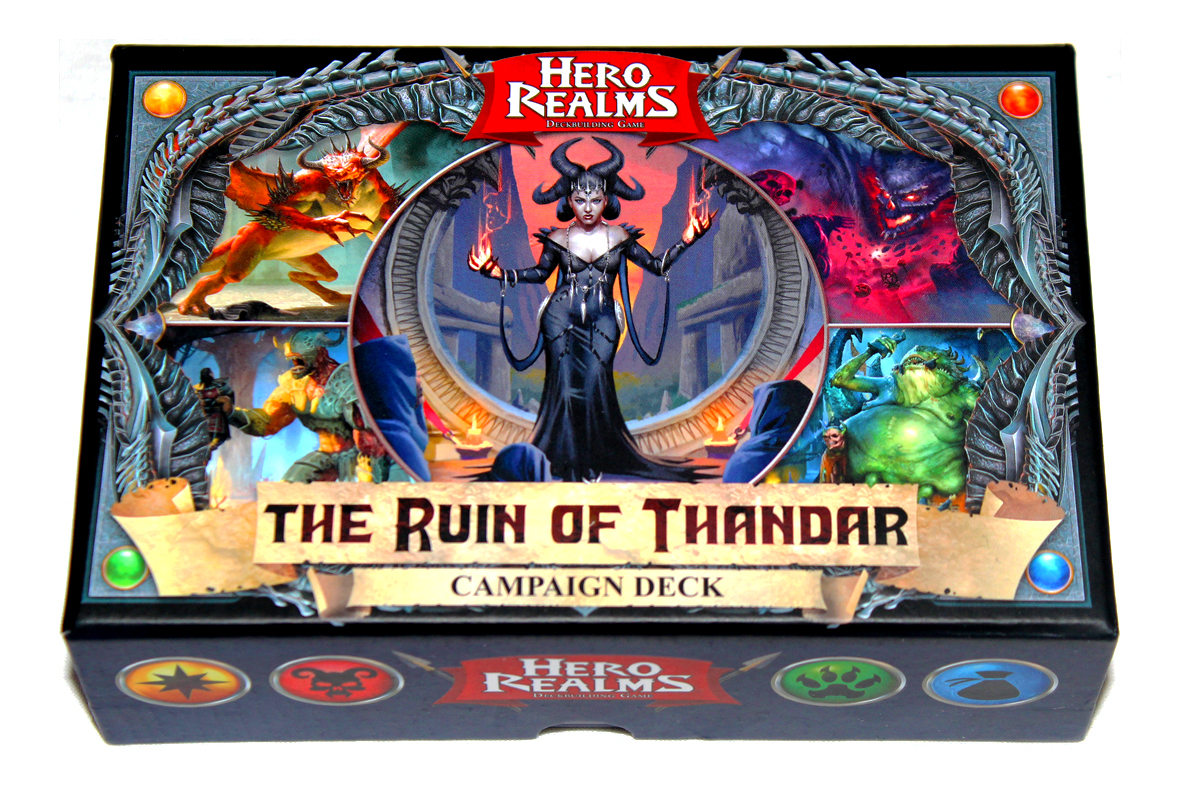 Full disclosure: A review copy of Hero Realms: The Ruin of Thandar was provided by White Wizard Games.

Alright, time for the last (for now) of the Realms coverage. This week we’re covering the first expansion for Hero Realms, the Ruin of Thandar campaign upgrade! This adds a cooperative campaign element to Hero Realms for fans of the series to try and take on increasingly big encounters with evil forces. But how does it play? Only one way to find out.

In Hero Realms: The Ruin of Thandar, players will take on the roles of various fantasy characters as they get caught up in a sweeping adventure. Deckbuild to try and overcome the Master each game before your team gets wiped out, but don’t forget to pick up cards to make yourself better, as well. Will you be able to hold the forces of evil at bay?

Setup is a bit intense, but that’s not the worst thing. Generally speaking, you’ll want to first grab your characters (they come in the various Character Packs, which you do need for this game, unfortunately). Once you’ve done that, give them their Level 3 Ability:

Also give them their Level 1 Skill:

You can set aside the Elixirs for now: 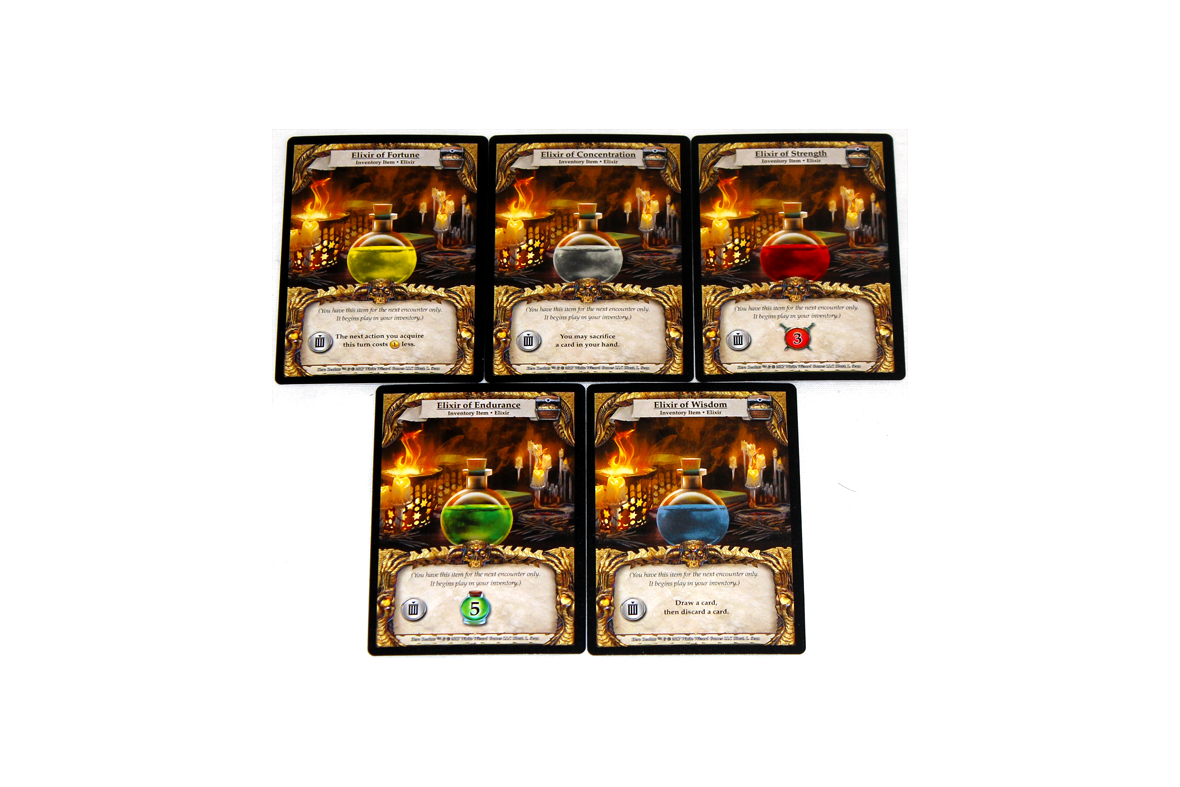 And the Relics. You won’t need those for a while: 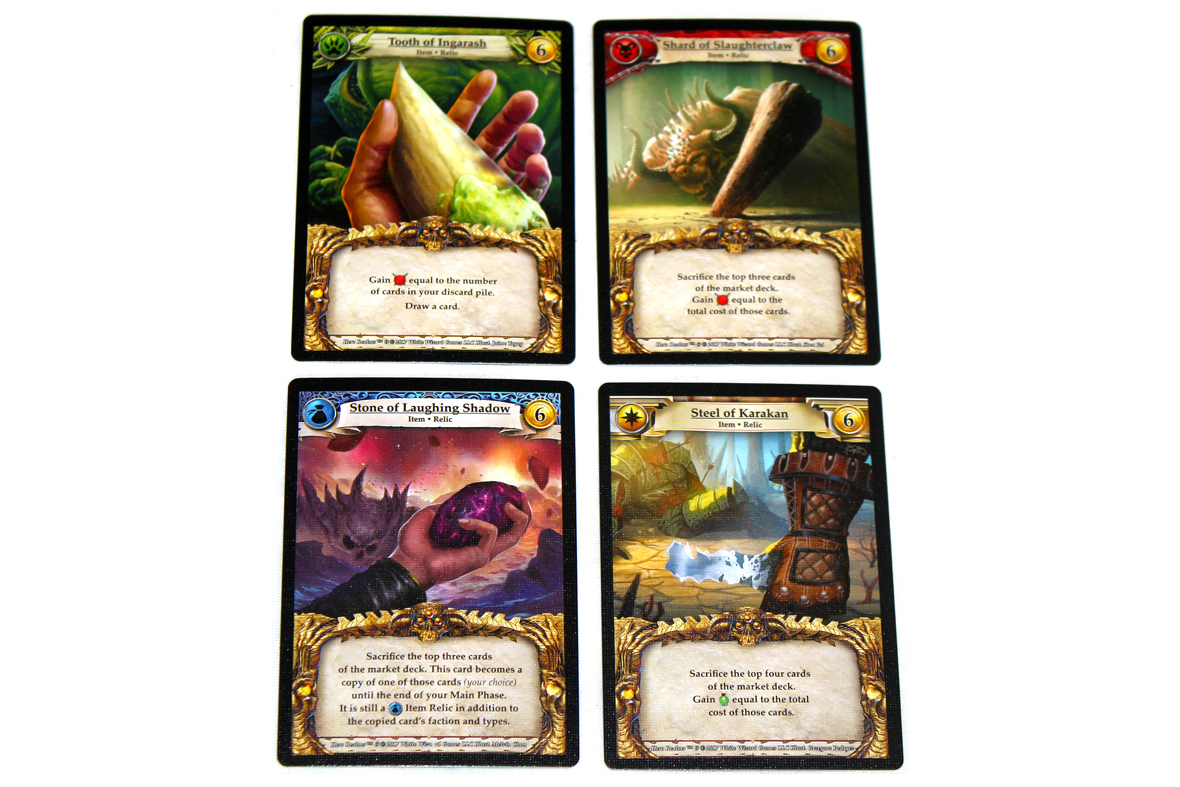 Get out the Master cards. You’ll be playing with Enthralled Regulars, first: 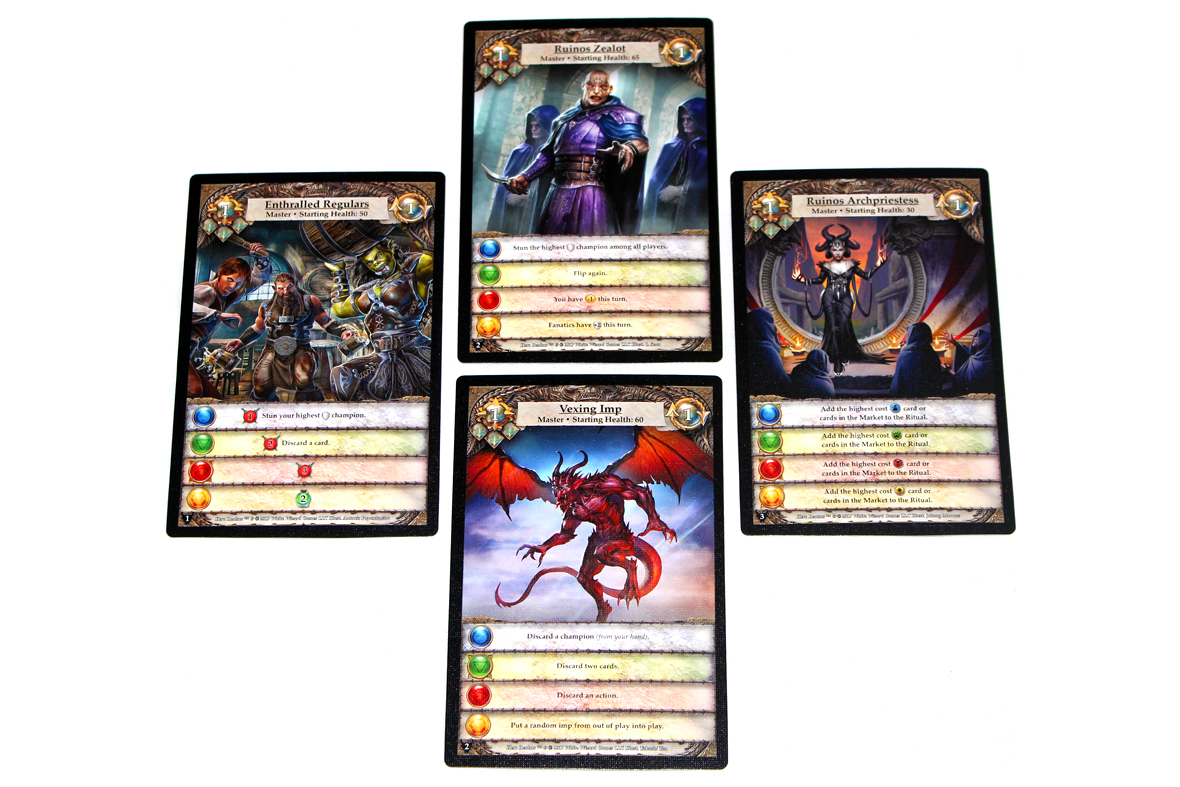 Put the other ones away. Also take out the various villain cards: 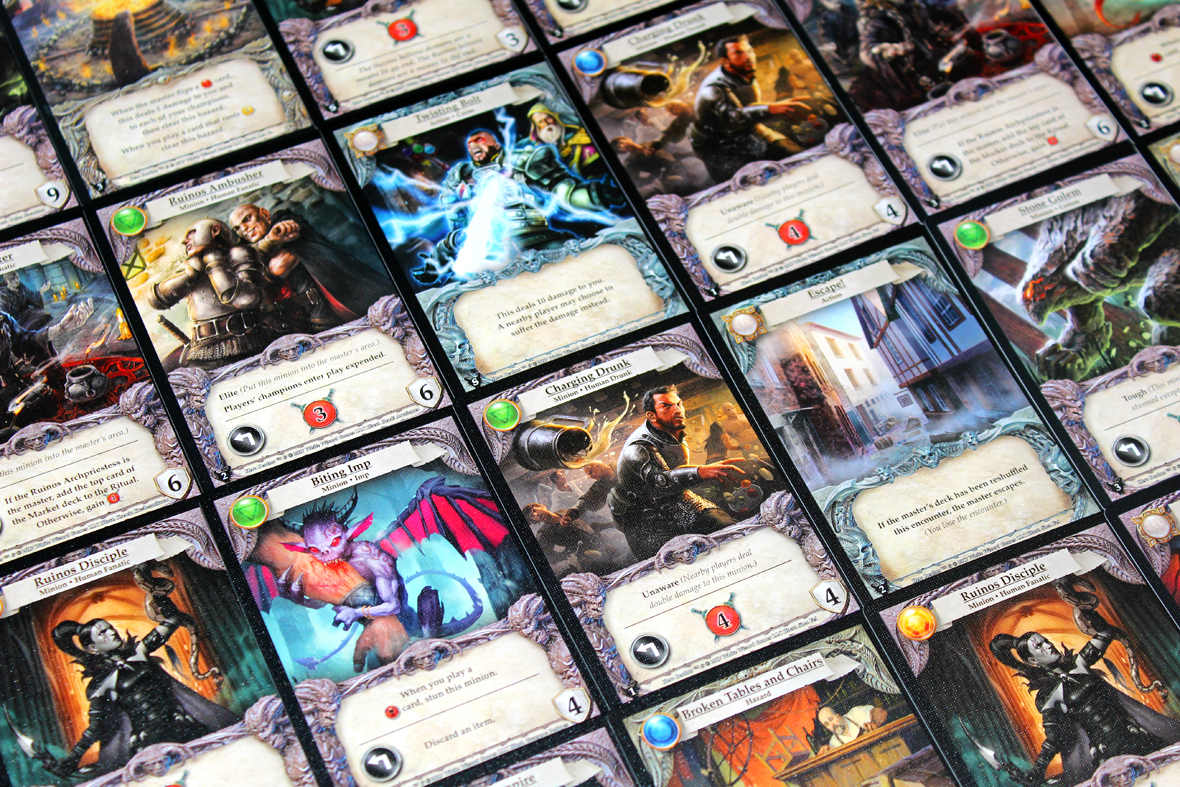 Some of those are Setting Cards, noted by the S in the bottom-left corner. You’ll want to shuffle and randomly remove X, based on your player count:

Shuffle those all in with the Encounter Cards, either Encounter 1, 2, or 3. Check the bottom-left corner; you’ll start with Encounter 1. 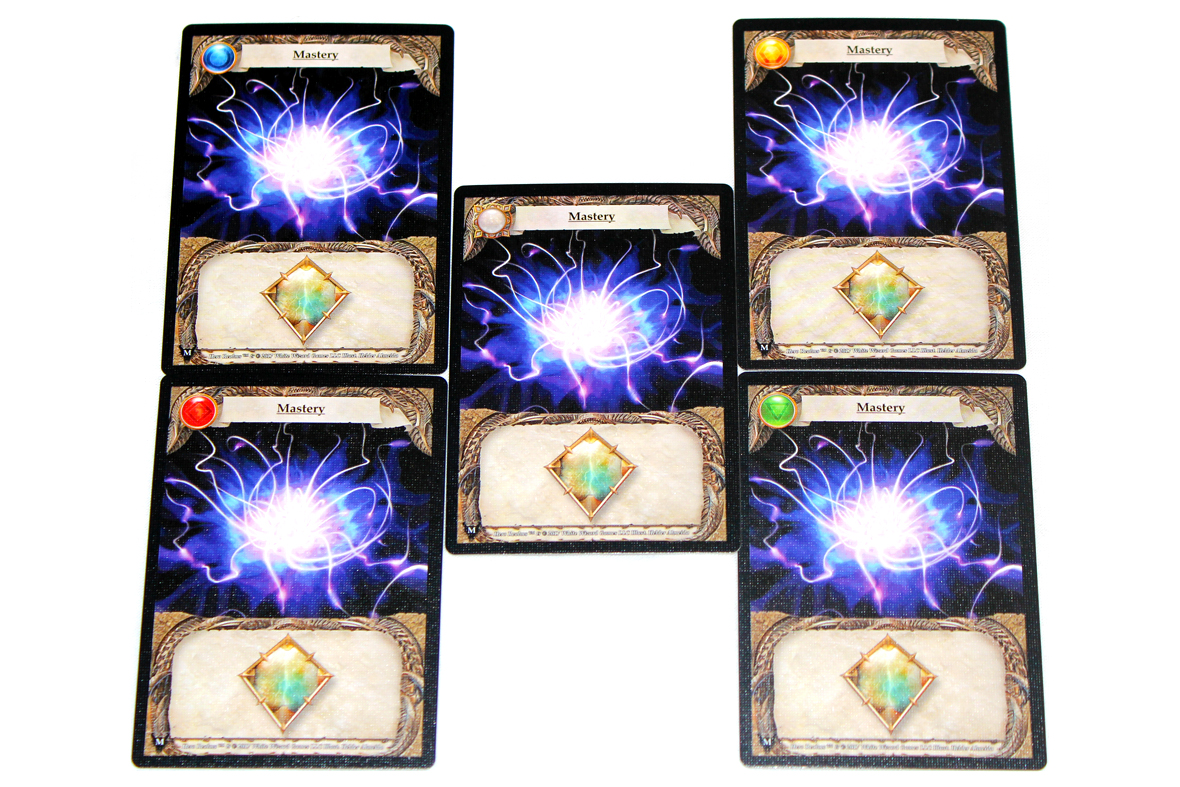 Shuffle them in Pandemic-style: break the deck into 5 approximately-equal stacks, shuffle a random Mastery Card into each stack, and then stack them back up without shuffling.

Beyond that, set up for Hero Realms as usual! Your seating order should just have the Master “between” two players, with some room around them for Minions and the like. Keep their deck separate from the main deck, also.

You should be good to go! 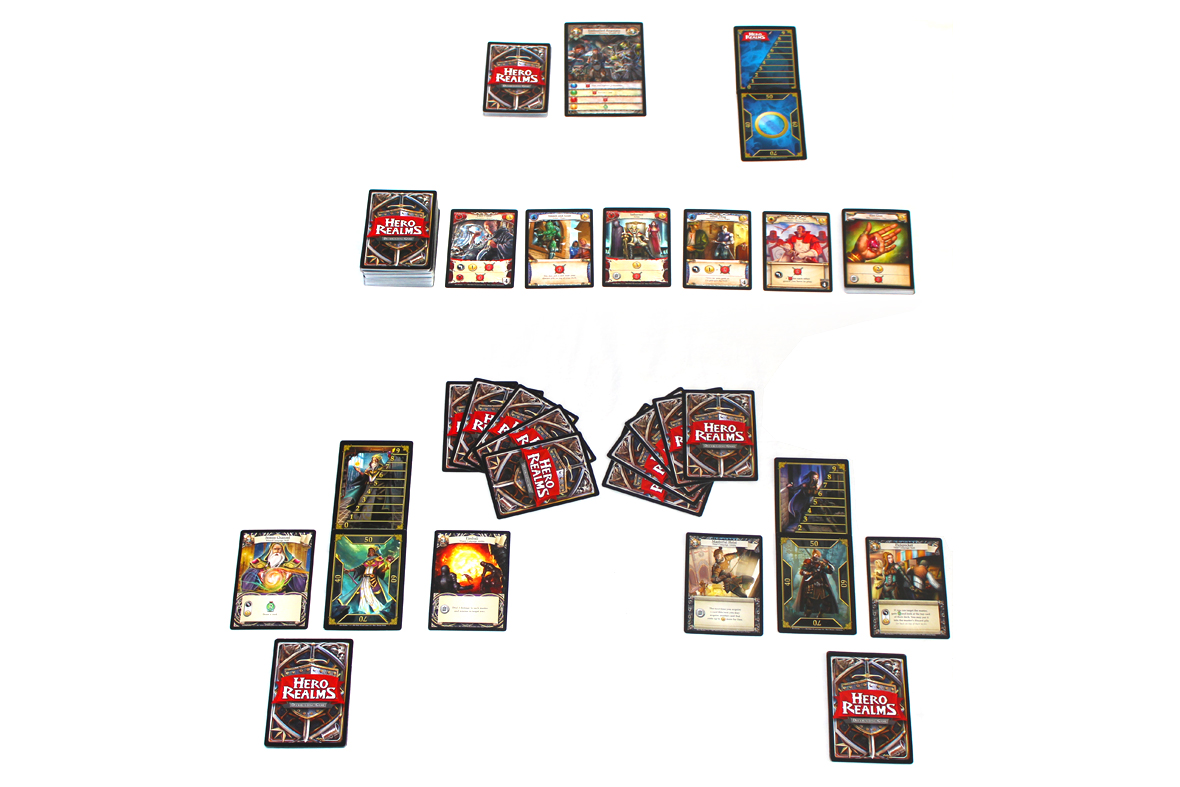 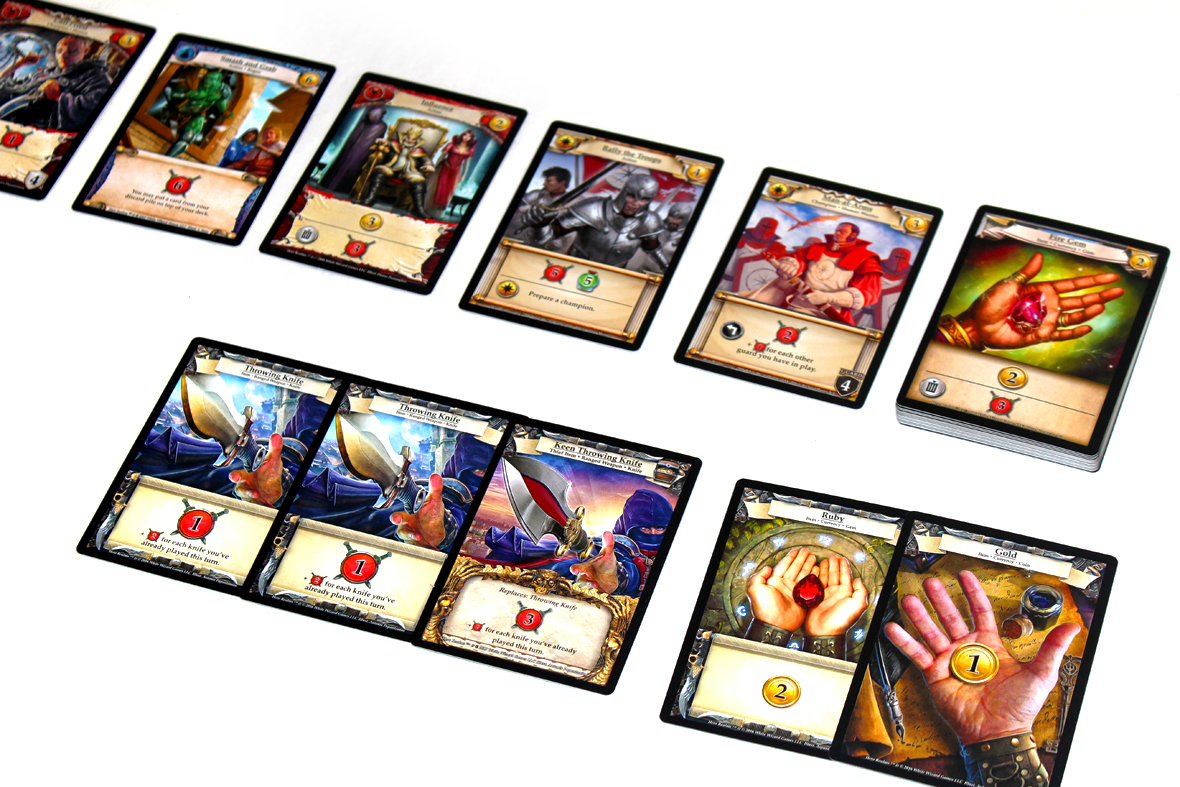 So, weirdly, this actually plays pretty similarly to Hero Realms vanilla. The major thing is that instead of fighting each other, you’re going to be fighting the Master. The Master typically takes a turn between every player’s turn, and you can change the difficulty levels to compensate: 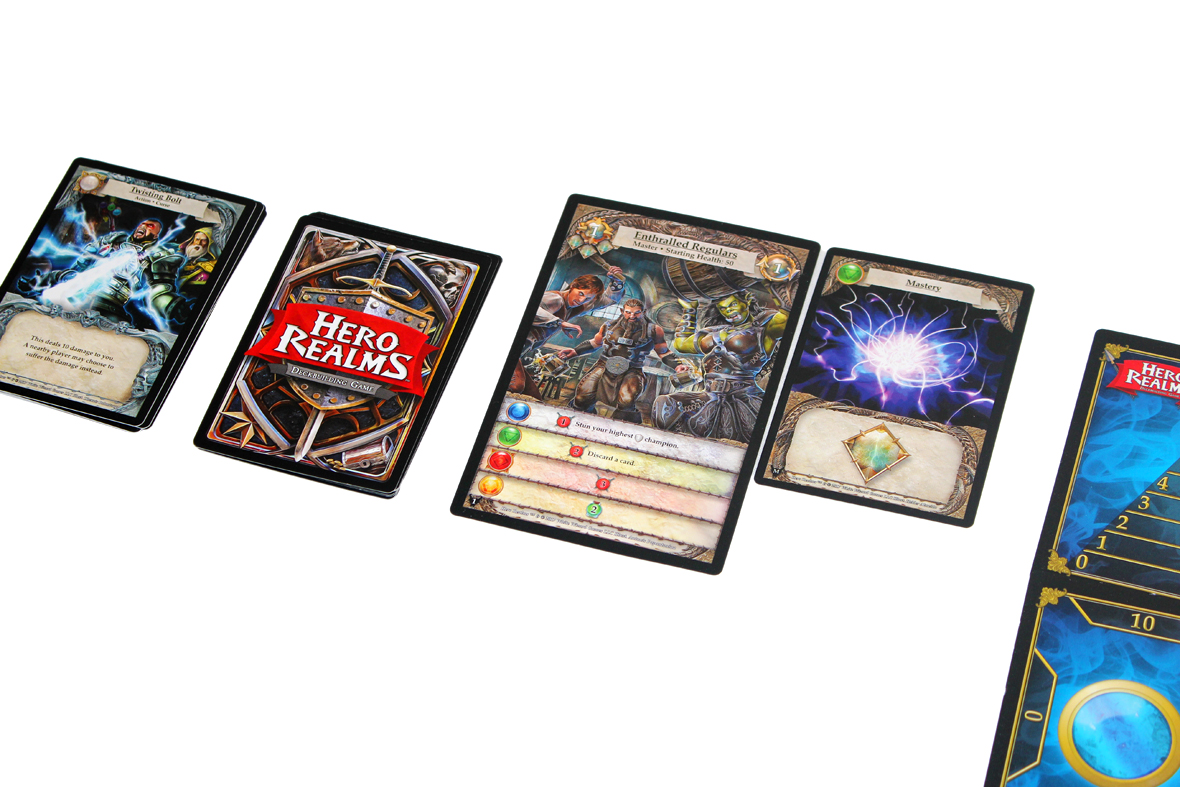 Regardless, after all the Master’s cards have resolved, it uses its Combat Pool in this order: 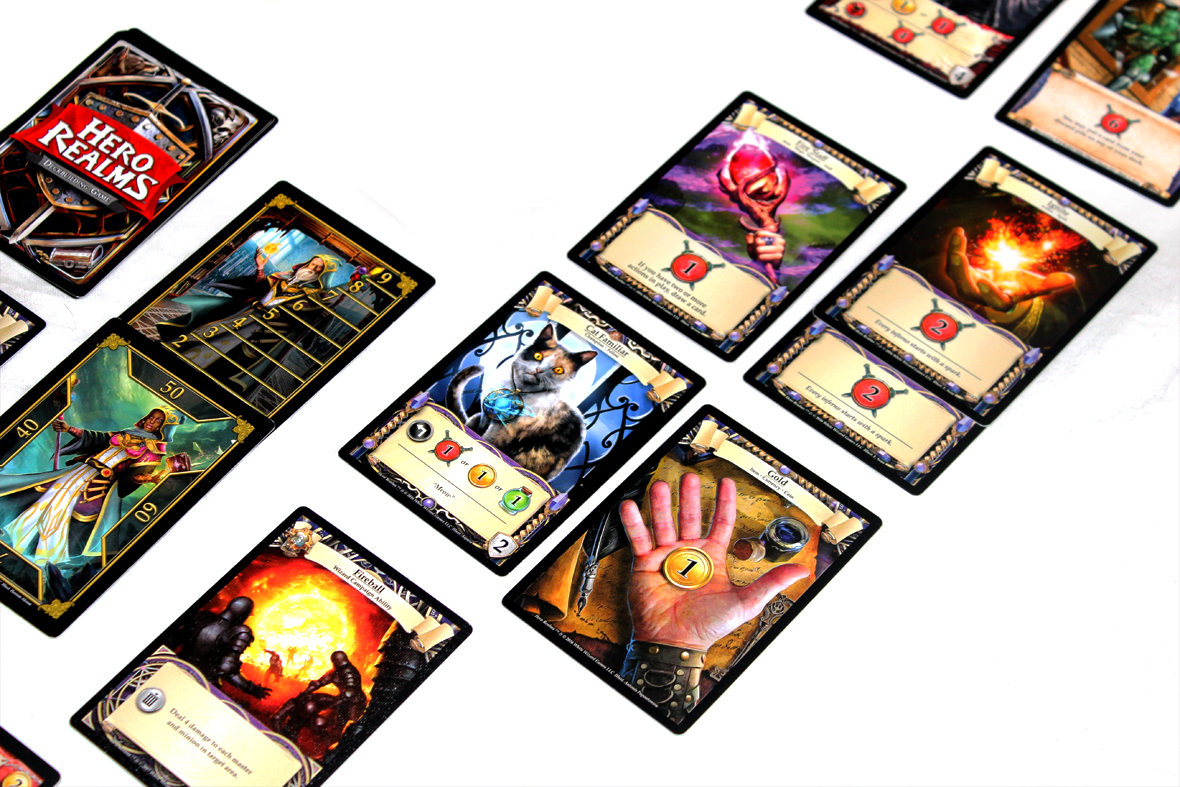 So that’s fun. Then you take a turn. On your turn, you play normally, but you can attack Minions or the Master. The Master is “nearby” all players, but you’re only nearby the players to your left and right. If there are minions in front of you, you can only deal with that. If there aren’t, you can attack other nearby minions, minions in front of the Master, or the Master, now. Some other changes: 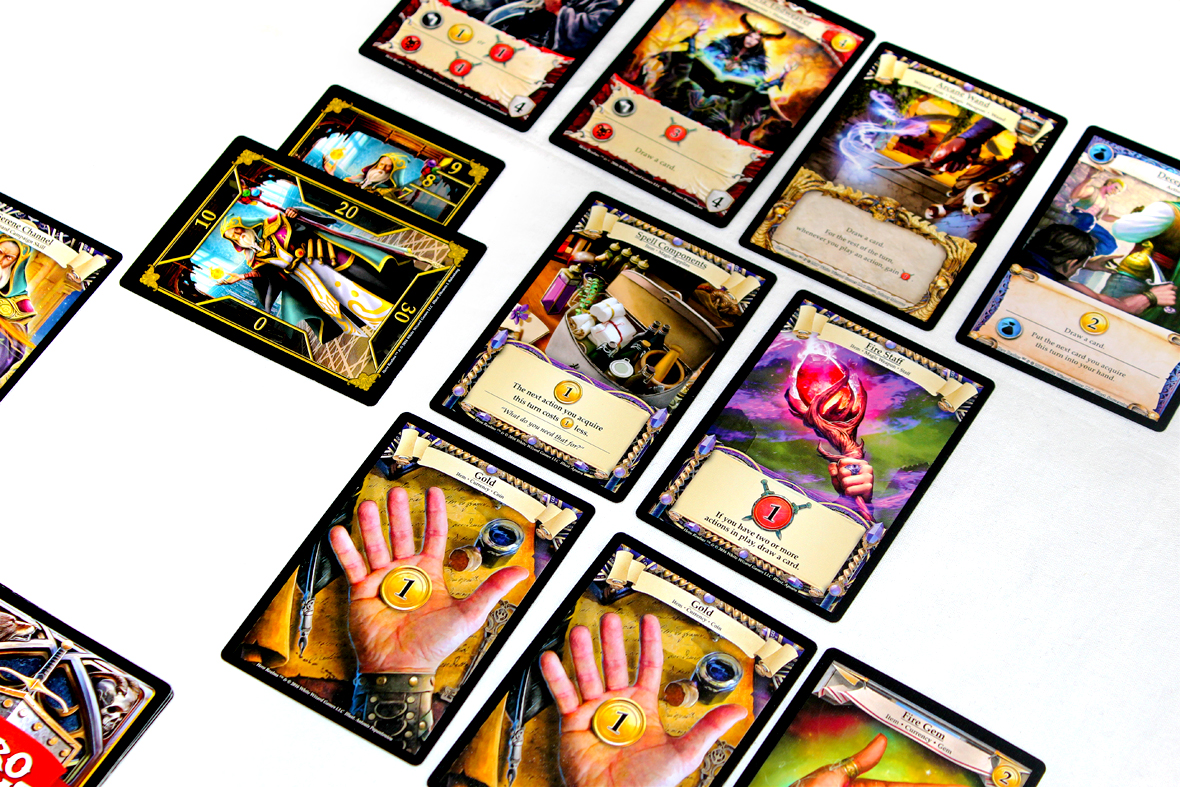 I’ve only played it at two and that worked great, for us. You get extra Setting Cards, but I think that the Master taking a turn between every player’s turn is going to get aggressive, quickly. My major gripe against higher player-count games is that you need a distinct Character Pack for every player, so that’s going to add to the cost of your game if you’re playing it with four friends (but let’s be honest; who even has four friends???).

Beyond that, mechanically, it seems like it would be fun at most player counts; I’d probably personally stick to the 2-3 range to lessen the amount of downtime that comes with higher player counts. 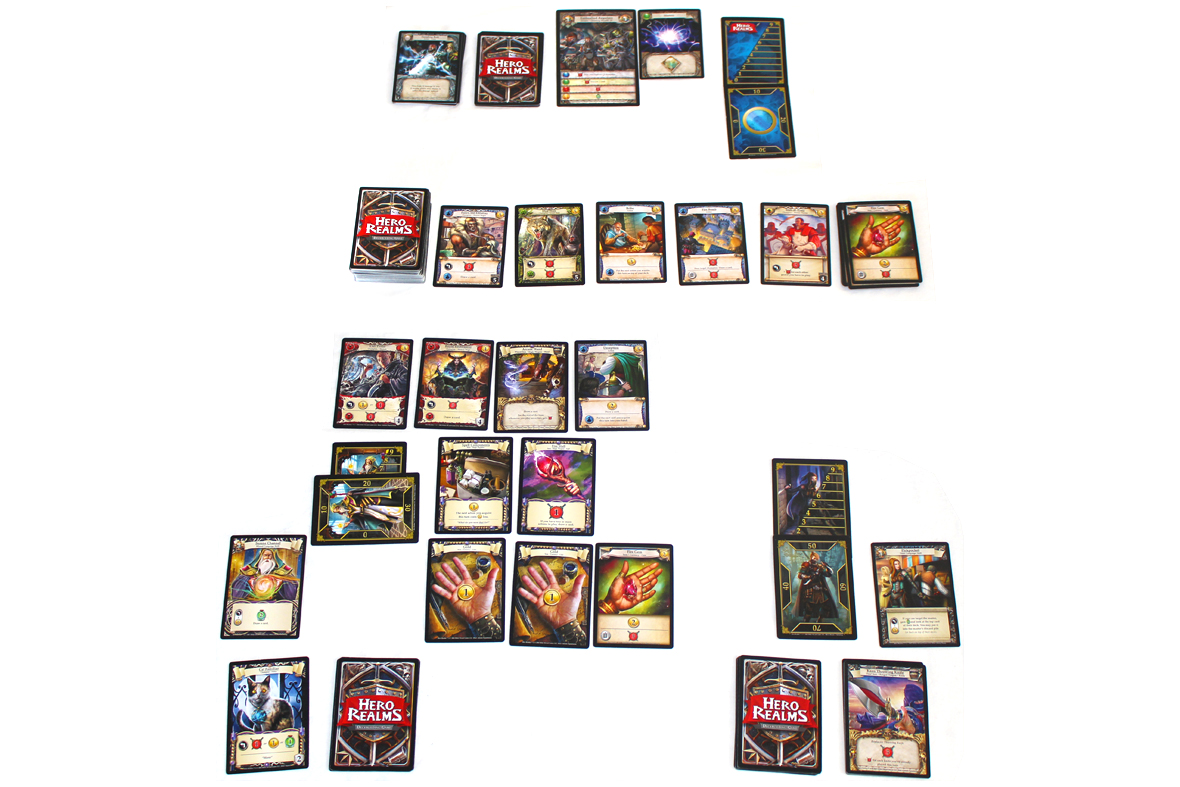 Overall, I think The Ruin of Thandar is a fun expansion for Hero Realms! My coplayer and I both enjoyed it and are considering checking out the follow-up. The progression tracks for characters is a nice way to keep building your player up throughout games (even if my deck is always reset). The extra items are a bonus, for sure, and I appreciate that they’re there, also. I wouldn’t say the actual plot of the campaign did much for me; it was fine, but also very Generic D&D First Campaign. That’s fine, but it’s not going to wow me. The one major sticking point for me was setup and teardown; it takes a while, and this is going by a deckbuilding standard. I was a tiny bit overwhelmed when I first opened the box and tried to start integrating things; I think a larger box with dividers (similar to Aeon’s End or Dominion) would help a lot with making it easier to put things together (as opposed to the Realms boxes where you have to stack everything in one stack or the other). That said, as far as the game goes, we had a bunch of fun, so if you’re looking for a neat little deckbuilding campaign that you can bust through in a day, Hero Realms: The Ruin of Thandar might be worth checking out!