Full disclosure: A review copy of EXIT: The House of Riddles was provided by KOSMOS.

We’re briefly back on the EXIT train for two short hops. This time, we’ve got The House of Riddles, and next week, we should be able to talk about The Haunted Roller Coaster, just in time for Halloween. Spooky! KOSMOS pushed these to the US this year along with The Catacombs of Horror, and while I’m skeptical they’ll hold up to my favorite one, I’m excited to try them and see what they add to the mix. Let’s dive right into this one, then, and see what’s up!

In EXIT: The House of Riddles, you have received an invitation from your three investigator friends to come check out their House of Riddles. For some reason, even though by this point you’ve been locked in everything save for a county fair portapotty, you decide that this is a good idea. Naturally, as soon as you show up, your friends are nowhere to be seen and the door shuts and locks behind you. Honestly, this is kind of on you, at this point. Can you get out of this riddley house and find your friends before it’s too late?

Same old same old. Get out the dial:

Set aside the Answer Cards: 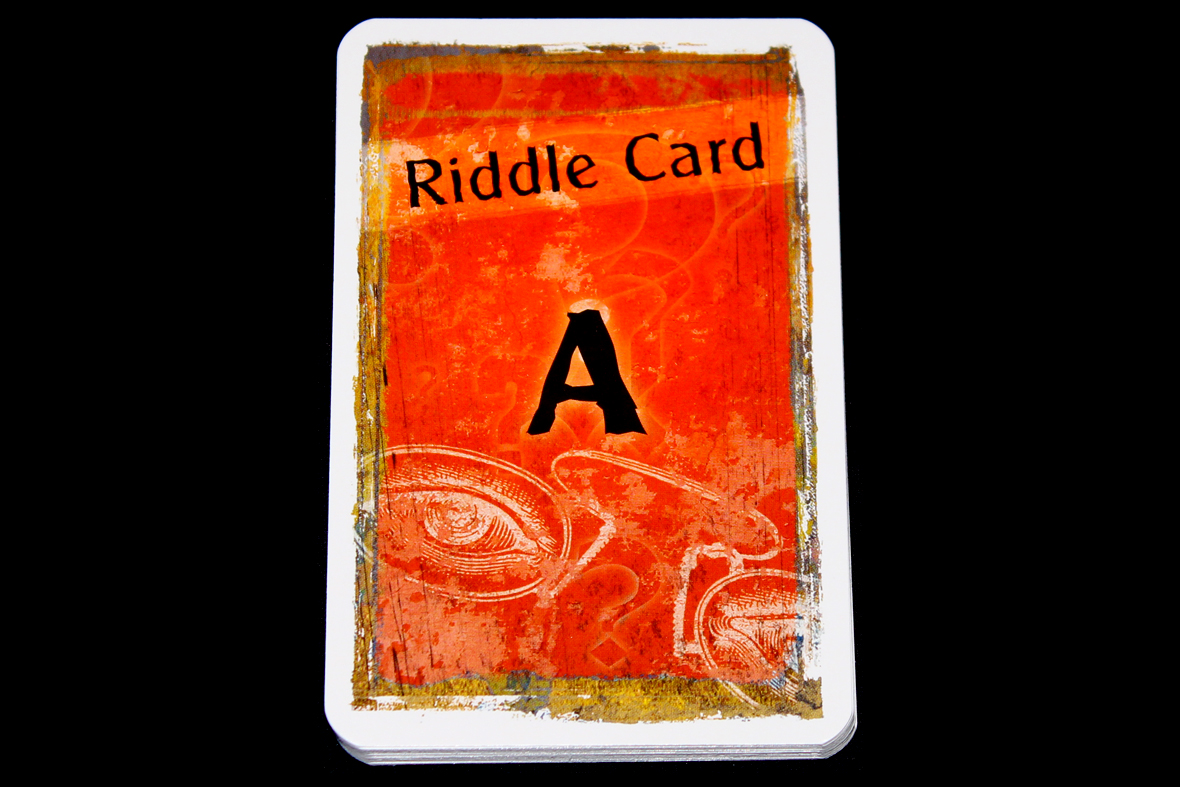 And set out the Hint Cards: 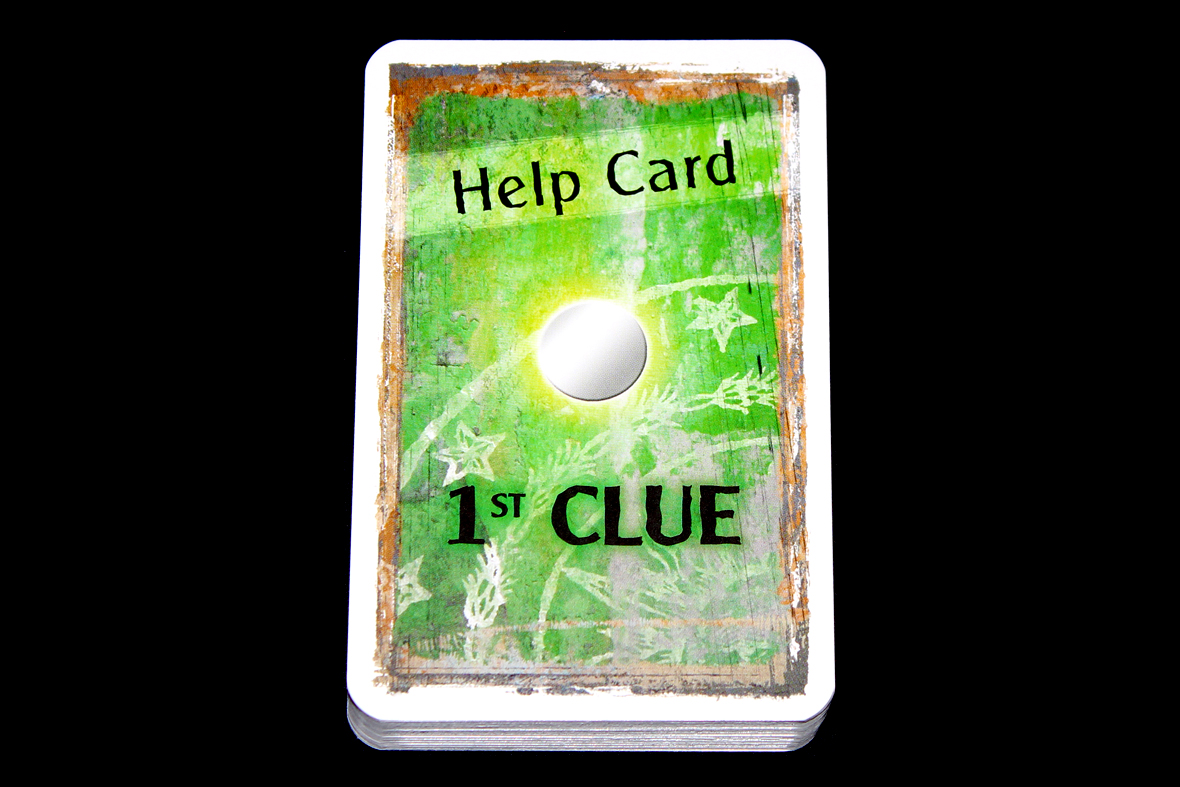 So this time three investigators have offered to take you through a house of riddles, but when you get inside they’re nowhere to be found. Are they in danger? Should you keep allowing people to lock you into places? Really, only one way to find out, and that’s to keep going.

As with previous entries in the franchise, you’ll need to take the Riddle Cards and use them to generate three-digit codes corresponding to certain symbols. If you put that three-digit code under the symbol corresponding to that puzzle, it will show you a number of an Answer Card. If you’re correct, then it will tell you to usually take additional Riddle Cards. If you’re wrong, it’ll tell you that, too. This is another linear EXIT game, so, like The Sunken Treasure and The Mysterious Museum, don’t turn pages until you’re told to do so.

Since this is an EXIT game, there are also Hint Cards to help you if you get stuck. And you might get stuck on a few puzzles. That happens. Generally, the first hint tells you what materials you need, the second hint gives you a clue about how to solve the puzzle, and the third hint tells you the solution. You can use any Hint Card you want, but they will eventually cost you points. That’s also fine, given that the points don’t really matter one way or another; they’re mostly just there to let you know how you did.

If you solve all the puzzles, maybe you’ll be able to find your friends!

I tried this one at three and there didn’t quite seem to be enough for three players to do. We ended up having one person in charge of the dial / puzzles, one person on puzzles full-time, and one person on the Answer Cards, but I’m not 100% convinced that that was actually fun for the person just on the Answer Cards. I think this is my problem with the linear ones, honestly; they’re better at lower player counts because there are fewer problems to solve in the immediate present. But that’s my preference. I’d probably recommend this one with no more than two people.

Overall, I think The House of Riddles was a pretty fun entry in the EXIT series! It’s definitely got some of the … shine of being an earlier title, but I don’t think that really bothered me all that much; I really like the EXIT series as a whole and would pretty much happily play any of them again if such a thing were possible. I think the reason it’s sitting where it is right now in my brain is that I can’t really think of any particularly distinguishing thing about it. Like, it has one annoying puzzle; plenty of EXIT games have that. It has several good puzzles; plenty of EXIT games have that. It’s linear; so are others. It seems like its major selling point is that it’s part of this The Three Investigators series, but even that seems loosely related, if at all (I haven’t seen The Three Investigators or any of its related media properties, so, I wouldn’t know). This all sounds like I’m kind of negative on this title, but far from it! It’s just a fairly standard EXIT game, which really speaks to the base level of quality I’ve come to expect from these, since the “fairly standard” game is still pretty good. I will say the ending comes with a pleasant surprise that I appreciated, so, that’s something to look forward to. Either way, if you’re just getting started with the EXIT games, this is a pretty good one to warm up on, or if you’re looking for more content, I’ve enjoyed The House of Riddles; hopefully you will too!