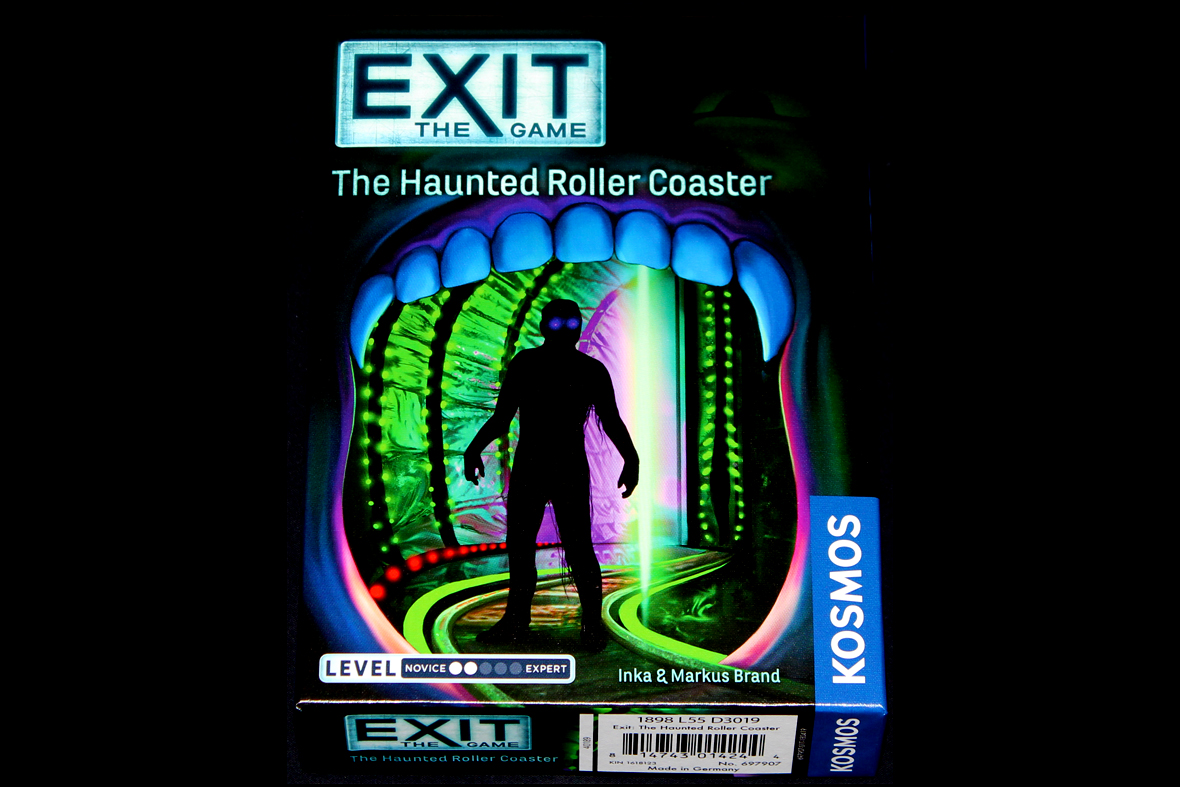 Full disclosure: A review copy of EXIT: The Haunted Roller Coaster was provided by KOSMOS.

Alright, it’s Halloween week (and vaguely the tail end of Essen Week Stuff), so I’m breaking out two spooky games to talk about. One of them, Sweets Stack, is not as recent, but, it’s cool and I think it’s worth talking about that Very Mean Tetris Game, so I’m talking about it. The other is the latest in the EXIT series (as you might have suspected, given that I reviewed one last week): EXIT: The Haunted Roller Coaster! Let’s dig into that one.

In EXIT: The Haunted Roller Coaster, you’ve managed to find yourself on a roller coaster at an obviously haunted theme park. At this point, people are marveling that your survival instinct is so powerfully low, but you’re determined to prove them right, so here you are. Naturally, the doors shut and lock and now you’re trapped, which is pretty much your Tuesday. Will you be able to solve the puzzles and escape this creepy coaster? Or will this train car end up turning from freight to fright?

If you’ve read all the others, you should be a pro at this by now. Get out the dial: 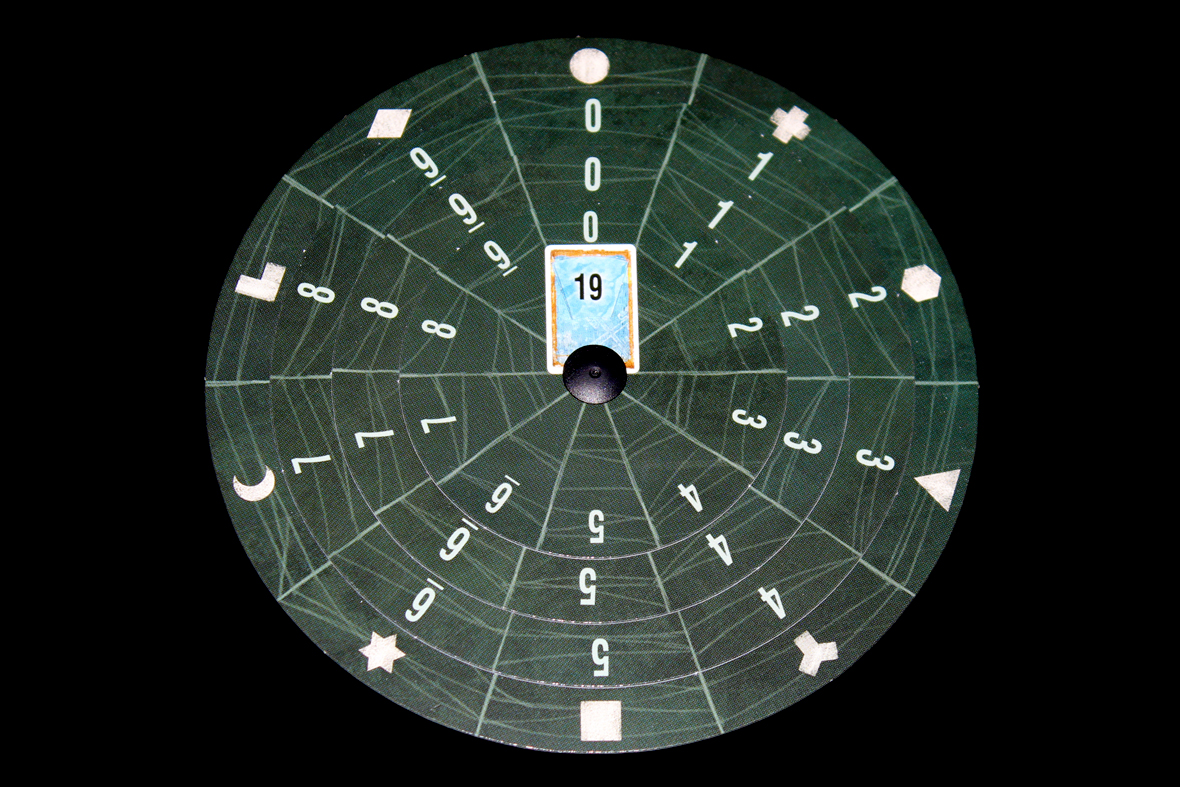 Set aside the Answer Cards: 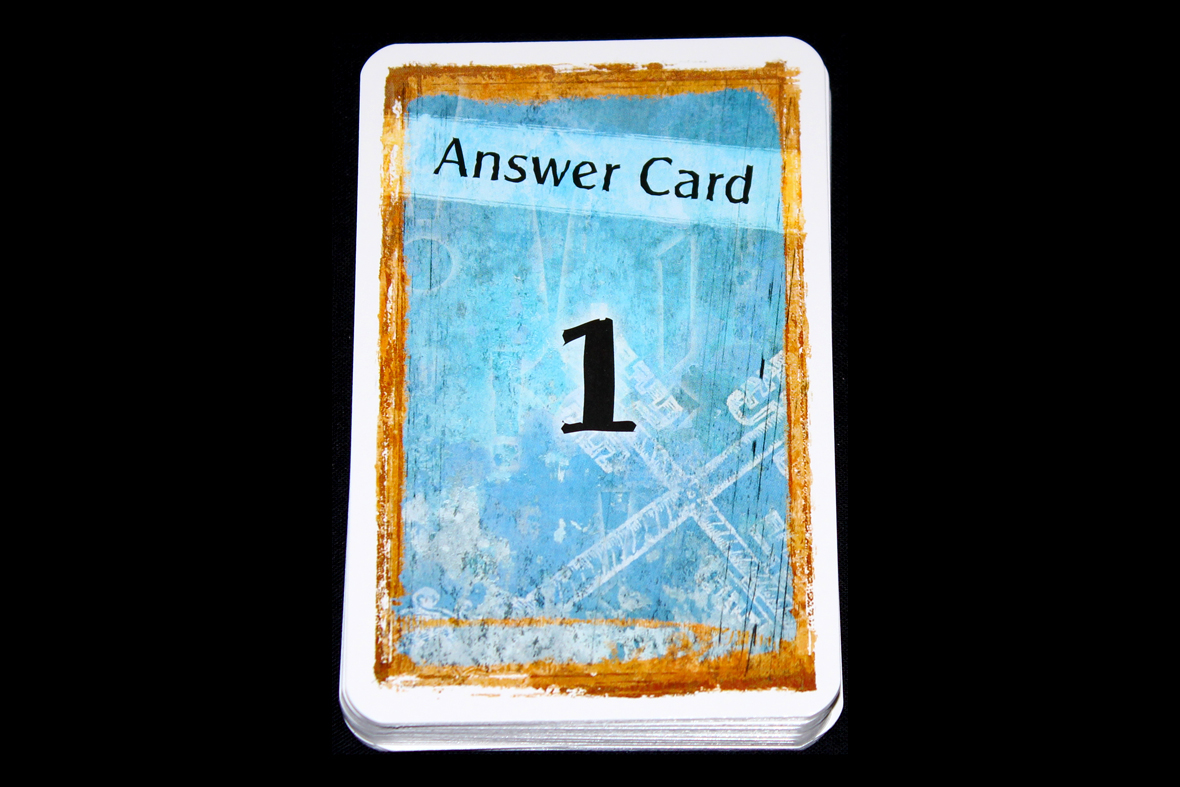 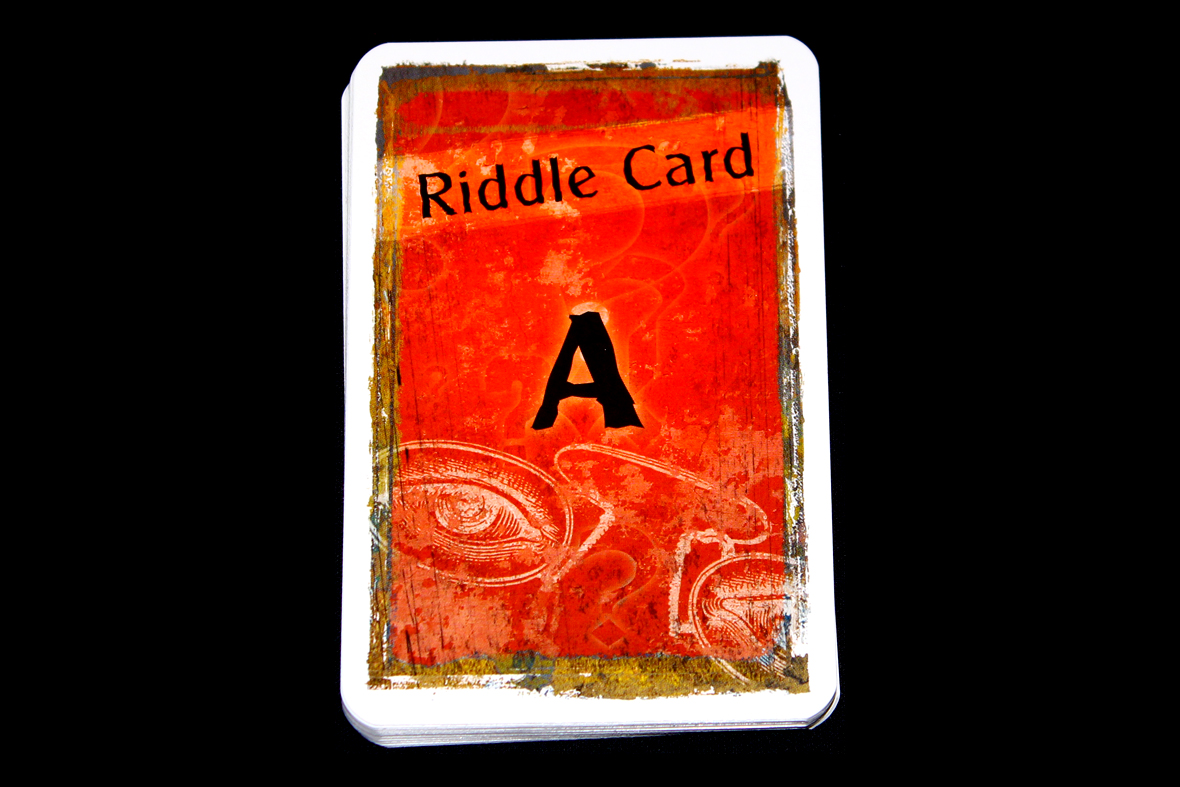 And, of course, keep the Hint Cards nearby: 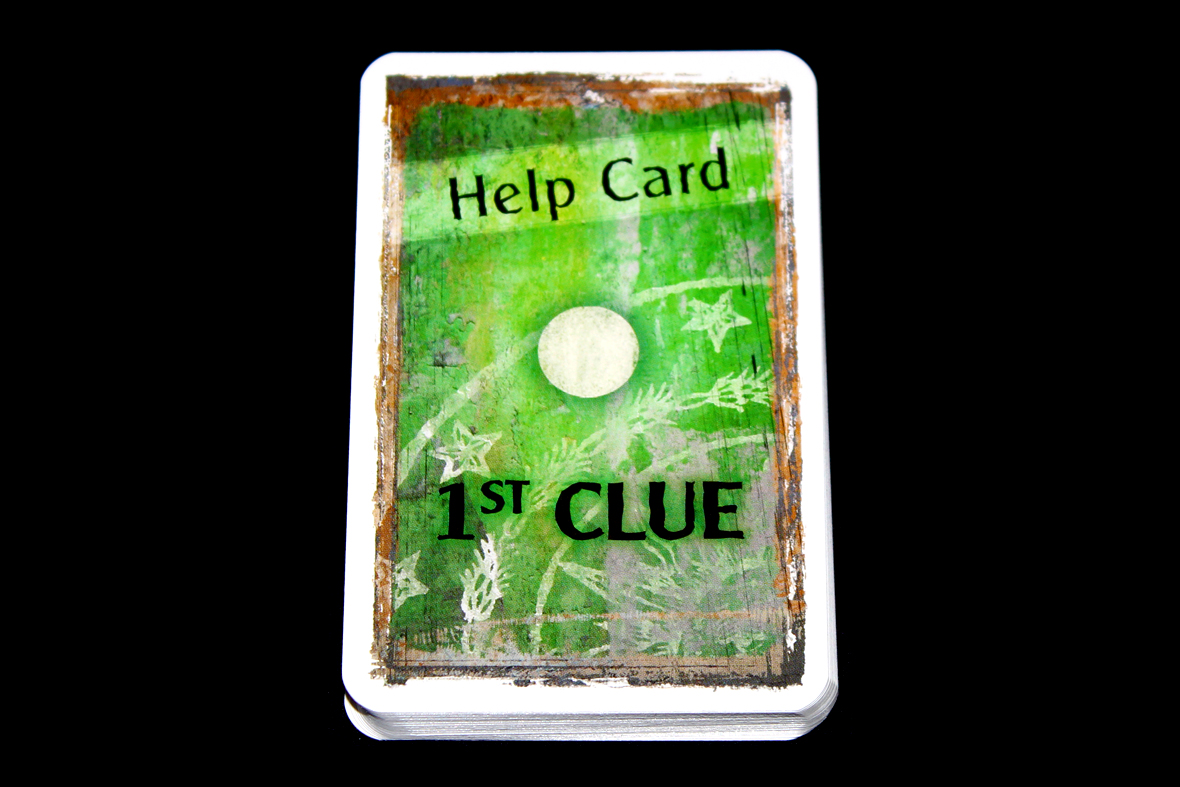 …What? There are more cards? Well, don’t look at them, but I can’t tell you what to do with them, either: 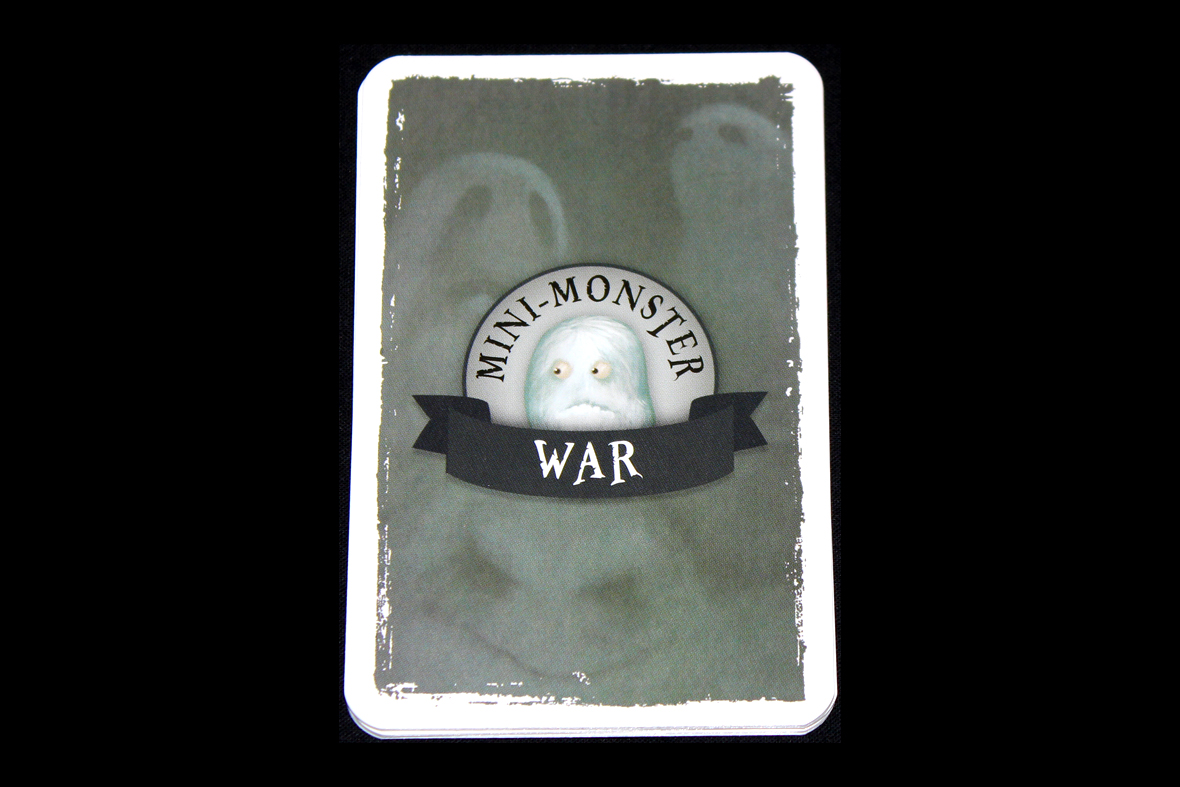 Maybe they’ll come up later? Who can say. There’s other stuff in the box, but don’t deal with it just yet. Read the rulebook and you’re ready to start!

Honestly, I’m not sure how you ended up here, character-wise. You’ve probably locked yourself into a puzzle version of your own bathroom by now, and yet you decided to … get onto a spooky ride at a carnival? We need to have a lengthy conversation about “assuming acceptable risks”. Seriously. This is bordering on irresponsible. But, predictably, the door slammed shut behind you and now you’re trapped on this creepy roller coaster. The only way out is through, as they say, and so you’ve gotta solve some riddles!

If this is also your 13th EXIT game, then you already know that you’ll need to use the book you’ve been given along with the various Riddle Cards to try and generate a three-digit code. When you’ve done that, enter it on the Decoder Disk to generate a number corresponding to an Answer Card. That will tell you if you’re right, potentially right, or wrong. If you’re right, you’ll usually get to advance in the book and gain additional Riddle Cards. Like a few EXIT games, this one is linear, so don’t flip to the next page until you’re told to do so. You’ll solve puzzles until the game tells you that you’ve escaped, so hopefully you can!

Coming standard in the EXIT games are Hint Cards to provide assistance in the unfortunate event that you cannot progress, which happens a decent amount of the time in EXIT games. Nothing shameful about asking for help! The Hint cards usually come in sets of three:

Generally, Hint Cards reduce your star rating at the end of the game, if that’s something you care about. My group doesn’t, so we’re generally okay with looking at Hints if we need to. We usually have one person look at the Hint and then see if the remaining people can solve it without being given the Hint, which has really been working for us, honestly.

Once you’ve solved the last puzzle, you can escape this nightmarish theme park ride!

As with all the linear EXITs, I generally think they’re best played at the lower end of the player count spectrum. There are a few places where it might help to have an extra set of hands, but generally two people can make pretty solid work of this one. With the less linear ones, you can usually have a few teams of people working on puzzles at the same time, but here you basically complete one puzzle at a time in sequence, so, you kind of don’t want too many cooks in the kitchen for that, you know? I mentioned the same thing with The House of Riddles. It’s possible that you could substitute in multiple younger players, but I might not recommend doing that (especially since I’m speculating). Overall, I still think this is one of the EXITs I’d probably keep to playing with one other person. Thankfully, I have a pretty dedicated co-player (they’ve played … 13 / 13 EXIT games with me), so, it works out.

Overall, I think EXIT: The Haunted Roller Coaster has a lot going on, and it might be one of my favorite EXITs! I certainly enjoyed it enough to keep it in conversation with my other Recommended Starting EXIT Game: EXIT: The Pharaoh’s Tomb. It’s a solid introduction to the EXITs, it’s got some great puzzles, and it’s perfectly themed for your spooky game night. I assume you’re having a spooky game night, as it doesn’t make a ton of sense hosting a spooky game day when it’s light outside (even though I’m doing that on Sunday, as of writing). Either way, I’ve had a chance to sit and think it through, and I think the overwhelming majority of the puzzles were ones that I didn’t think were just good; I thought they were great! That doesn’t happen a lot, and it’s super nice when it does. It’s also one of the few EXITs that’s actually caused me to react strongly to the game, which I can respect from a certain point of view. I gotta hand it to them; I legitimately figured they were going to start running out of steam after The Catacombs of Horror (or, at least, I was wondering how they were going to keep it up after what I think is still the best of the EXIT series), but they aren’t showing any signs of slowing down. If anything, this is a really refined, focused EXIT, even if it is a bit linear for my tastes. Even then, I didn’t find the linearity particularly irritating or distracting because it was nicely thematically linked (you’re on a Haunted Roller Coaster, after all). Overall, I think EXIT: The Haunted Roller Coaster is a fantastic entry in the series, and if you’re looking for a great one to start with, you want a spooky / scary game for your game night, or you’re an EXIT veteran looking for the Next Great Thing, I’d definitely recommend checking this one out!