Full disclosure: A review copy of Seikatsu: A Pet’s Life was provided by IDW Games.

It’s not often you get to review a game twice, but here we are. Seikatsu, reviewed a while ago, and Seikatsu: A Pet’s Life, the recent re-release and retheme of the game. Why did they switch from birds to cute pets? It’s beyond me, but we get the games and we review the games. It’s a whole lifestyle, I guess. Without much more than that, let’s dig into this title.

In Seikatsu: A Pet’s Life, you got bored of watching birds and are now helping run the Seikatsu Home for Pets, where you move the cuties around to delight and hopefully get them noticed enough to get adopted or something (a great way to get a cute pet, if you’re looking for one). Naturally, as with all things, this cuteness is a matter of perspective, so, you’re going to have to do some fancy stuff with pillows if you want it all to work out. Will you be able to get a suitable angle?

Hm. So, this game has pretty much the same setup as vanilla Seikatsu. There’s the board, which, is a board, and the tiles: 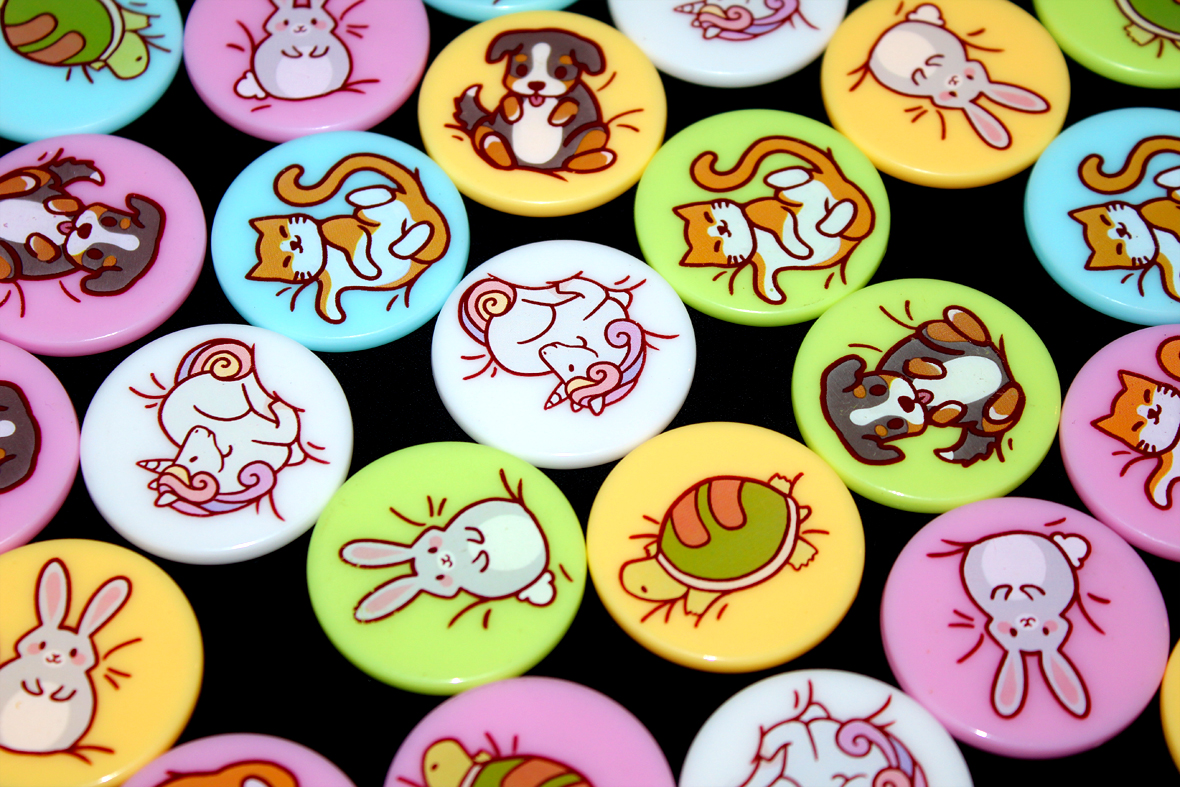 And some score markers:

Set those up following my instructions from the previous review. Keep the Unicorns aside until you’ve set out the three tiles in the middle, then add them back. You should be ready to start! 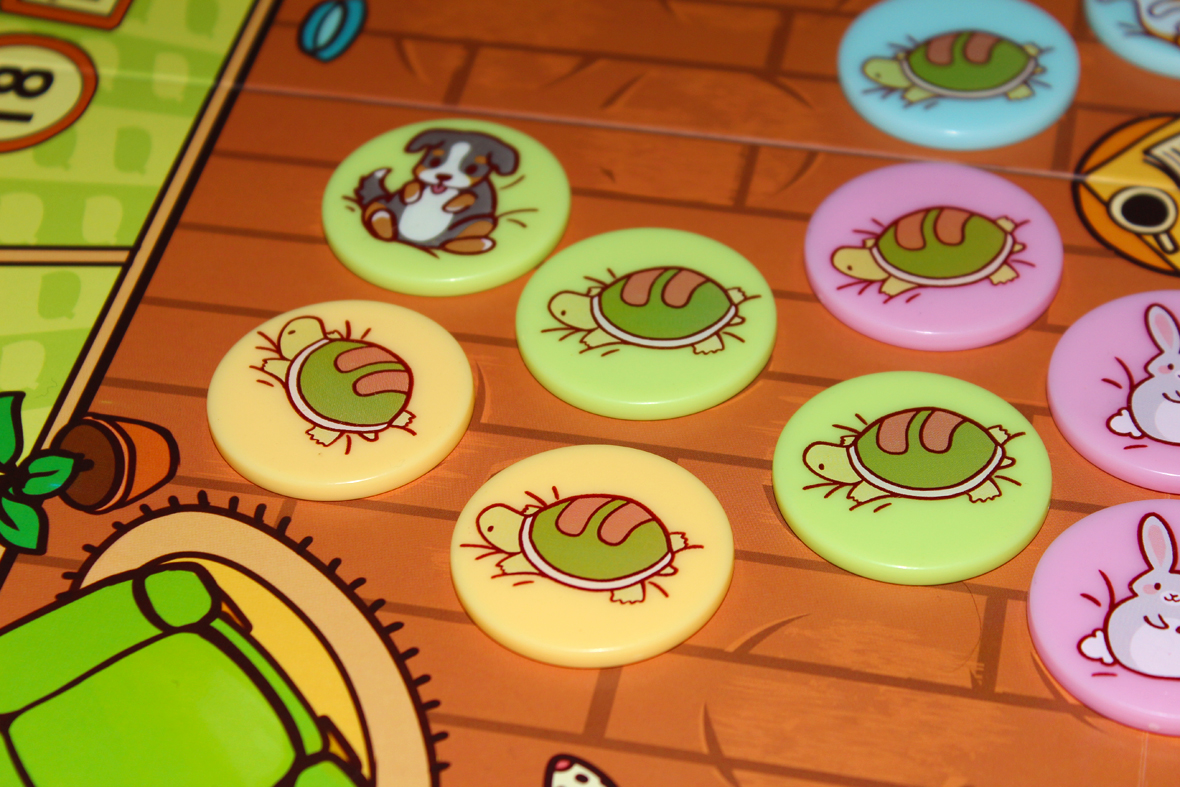 Yeah, the same gameplay, too. See my Seikatsu review and just substitute unicorns for koi, pets for birds, and pillows for flowers.

Have some photos, though, for showing up:

I’d wax a bit more poetic than my previous review of this game did, but only because that was like, 400+ reviews ago and I’ve learned how to add additional words to things if I want.

The thing is, the statements I made there still hold up. I really dislike learning games via a team variant, and the four-player mode is all teams. I didn’t like it in Santorini or Hats, and I’m assuredly not going to like it that much here, either. Maybe I’m a jerk, but being responsible for someone else’s score in a game that I can play without a teammate doesn’t really appeal to me all that much, though I understand why it’s useful (since it helps get the player count to 4). Beyond that, 2 or 3 isn’t that big of a distinction to me; as I mentioned last time I reviewed Seikatsu, I think that two players tends to allow for a bit more strategy (since you play more of the tiles over the course of the game) whereas three is more about weathering chaos than anything else. There’s something to that chaos, though, so I tend to enjoy this at either player count about the same.  No massive preference.

Overall, yeah, I enjoyed Seikatsu: A Pet’s Life! Eagle-eyed readers will notice that this is lower than my score for the Seikatsu base game, and it’s not because this is worse in any way; it’s simply that I’ve cooled on Seikatsu over time, a bit. There’s a really interesting idea, there (and it’s happened before, with games like Love Letter or 7 Wonders); it naturally isn’t that surprising that my feelings about a game can change as it slowly moves out of my consciousness, especially given how many good and great games are released every year. If I had more time, I’d actually build out something to track it; basically move games down on my ratings if I stop playing them after X amount of time; that would allow for more real-time data. Unfortunately, I don’t think I have the time to build out a tool like that. But I digress. Seikatsu: A Pet’s Life is, by all accounts, a retheme of Seikatsu. Where the old version had Serious Birds and flowers, this one has cute pets, pillows, and a unicorn. I think that helps it, a bit, being honest? I wonder if this makes the game seem more accessible to more players. Or, at least, I wonder which one appeals more to the target player market? I’d be interested in seeing if their BGG ratings differ, but they share the same BGG page. Alas. They did address some of the things I didn’t love about the base game, though! The box is now a bit smaller, which is about the best you can do while still accommodating the board, so that’s nice. I do worry a bit about swapping the flowers out for tile colors without any additional indicators, though — it might be tough for players with color vision deficiencies. Either way, though, it’s still Seikatsu at the core. If you’re looking for a quick and simple token game, it’s that. If you like the new art, though, then this might strictly be a boost for you, so I’d recommend checking it out!