Full disclosure: A review copy of Claim 2 was provided by Deep Water Games. Also, Deep Water reached out after my review — the version of the game they’re selling has an updated rulebook with gender-neutral pronouns.

Modular games are a lot of fun. One of my favorites is Dale of Merchants, a deckbuilder where you choose which factions you want to have participate in the game. Each provides their own little twist on deckbuilding (or, in more strict terms, each represents a mechanic that can then be utilized during the game). It’s gone on to have a few successful sequels and a spin-off, so I was delighted to see that Claim is taking a similar route but for two-player trick-taking games. I mean, the system works; why not make more of it? Let’s dive right into Claim 2.

In Claim 2, you’re back in that happy busy period of finding new royalty; much like The Captain is Dead, you’re not really an area that has enjoyed much success in keeping your King alive, long-term. That seems like more of a logistical problem, but, hey, you can’t do much about it other than your best. And this is you doing your best, I suppose. Amass followers from the new factions and get them to support your rule as the new king; hey, maybe you’ll last longer than the old one?

Like the base game, it’s relatively nonexistent. Shuffle the cards: 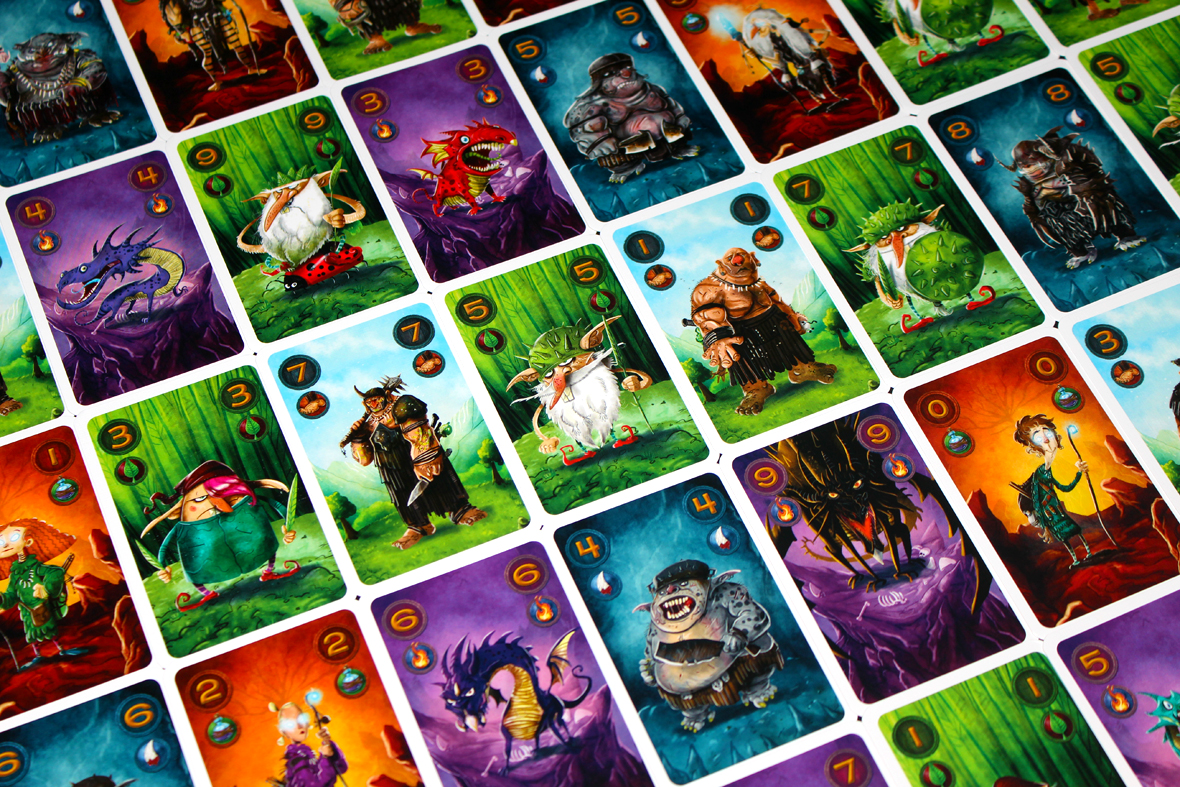 Deal each player 13 of them. Other half of the deck goes above the center, and you’re ready to go!

Well, the King died, again, so, that’s a bummer. You figure you can amass a set of followers and name yourself king, since that’s how kings get elected, and there’s no reason to delve any deeper into that (I suppose they could be providing their support and oh wait now you’ve got me doing it). The player who gets the most factions to back them wins!

But first, you have to amass followers. To do so, you’ll flip a card from the deck face-up to show one follow that can be gained this round. Each round, like the base game, The Fox in the Forest, or Skull King, progresses via a two-player trick. If you’ve never played a trick-taking game, the start player plays a card from their hand, and then the next player answers with a card of their own. Here’s the thing: it’s a trick-taking game, so you have to play a card from the same faction. If you can’t, you can play whatever card you want, but it always loses.

Here’s how the cards work in the first round:

Like I mentioned for Seers, when a player wins a trick, they take the face-up card and add it to a face-down pile next to them (or not, in the case of the Seer). The other player takes the top card of the deck and adds it to their own pile (after looking at it). That’s their followers; they’ll come into play once the deck is depleted. Discard the cards played in the trick unless otherwise stated. Unless a player played a Dragon, the winner of the trick leads the next trick. As you might guess, continue until the deck is depleted. Now, each player should have 13 followers; take those into your hand.

Like the original, play 13 more tricks with the same rules as last round. The cards with no ability usually gain an ability during this round: 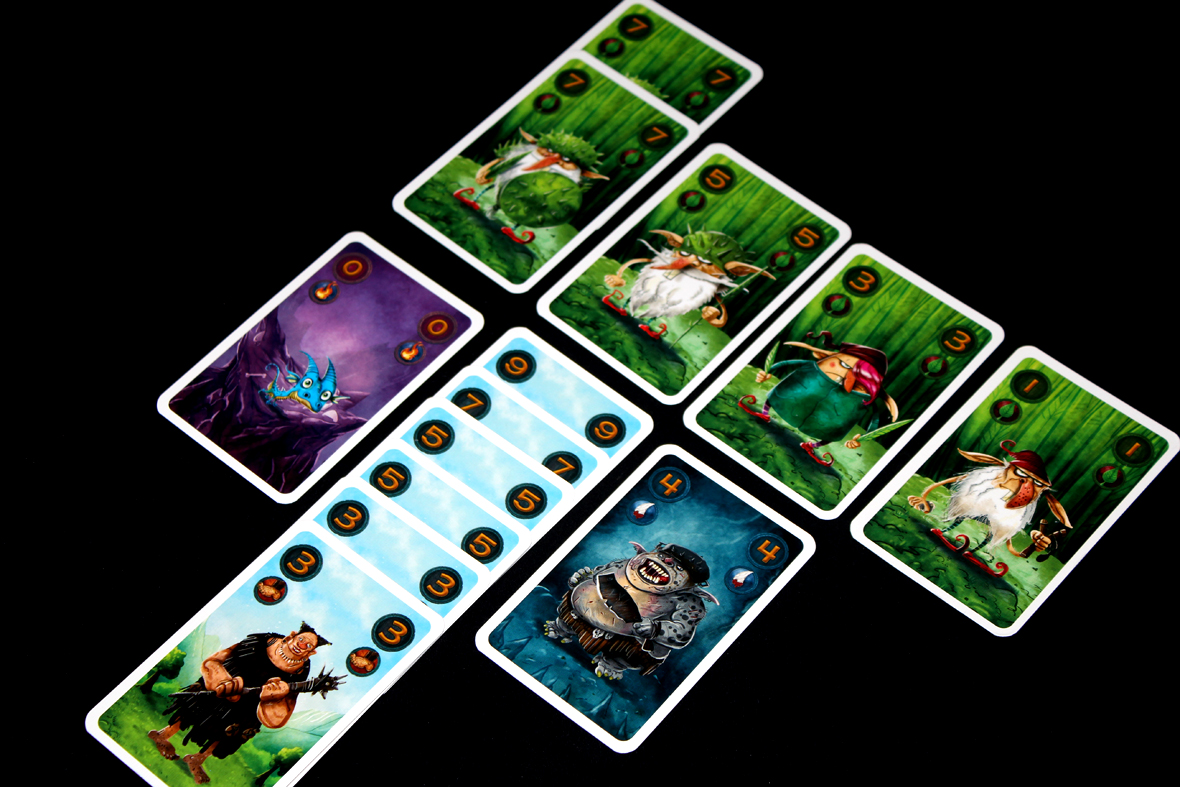 After the second round ends (as all cards in your hands have been played), count up the number of cards of each Faction in each player’s Score Area. The player with more cards of a faction scores a point. If there’s a tie, the player with the higher card wins their vote.

If you get at least three Factions to back you, you win! More than that, well, you still win, but you win more.

You can also, if you have Claim, mix and match the decks. Just make sure you have Knights and Goblins or Gnomes and Giants, and then you can add any other factions you want! I’ve even heard of a mysterious Ghost faction that only exists in legends and rumors.

Like the original game, it’s two-player only, but if you have both you can combine them for a three- or four-player mode. Four-player mode is team-based, so, if that’s your thing, go for it. 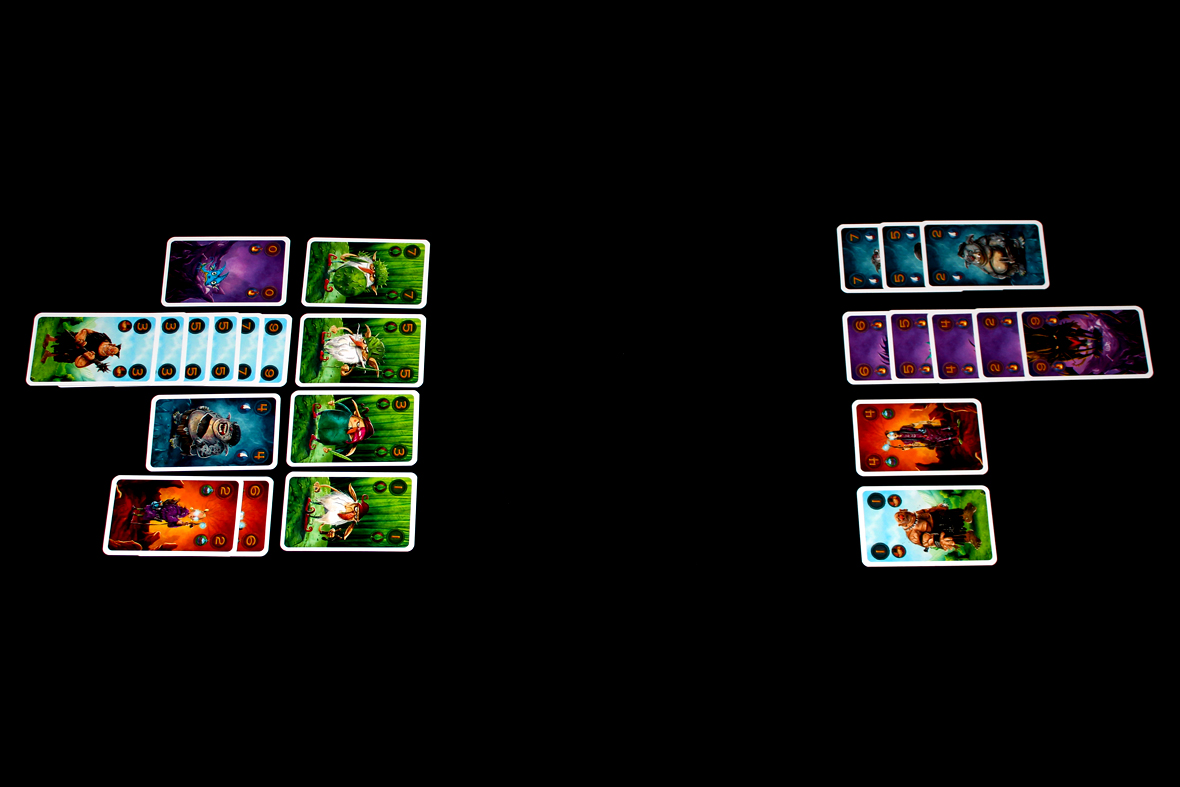 Overall, yeah, Claim 2 is also a rock-solid trick-taking game! Naturally, it has a lot in common with Claim, but usually I have a preference for one over the other; that’s not the case, here. I like them both about the same, which amuses me. I think that it might be because I like the system a fair bit and the factions are all different sub-modules of a larger game system that I enjoy. It also makes me enthused about trying more mix-and-match systems; I think I’ll always keep the Dragons around because they’re a lot of fun, but the Dwarves from Claim would be interesting; playing a Dragon lets you lead the trick, but your opponent can throw off Dwarves in response to your trick to claim them. It opens up interesting strategic possibilities, is all I’m saying. Either way, if you like trick-taking and are looking for more trick-taking games to broaden your horizons (especially for two players) or you’re a fan of two-player games (like I am), Claim 2 is a worthy follow-up to Claim, and I’d definitely recommend checking it out! I’ll just be sitting here hoping for Claim 3.