Full disclosure: A review copy of Villagers was provided by Sinister Fish Games.

Getting a few more reviews in this week! Things have been a bit crazy here with a lot going on, which is a bummer. This means I’m working from home for a bit, so my dining room is now doing triple duty as a home office, a photography studio, and a dining room. I guess we also play games sometimes. One such game is Villagers, and, since I still write a few reviews from time to time, let’s start talking about what’s going on there.

In Villagers, well, a plague happened, so, you didn’t die. That’s a bonus! But you now kind of have to rebuild from scratch. You’ve got a village to found! Recruit Villagers, but leverage their knowledge to build your up-and-coming little down as best as you can. You know there are other villages nearby, so, your competitive edge hopes to, you know, be the best village. That said, you can gain their knowledge to improve your town… for a price. It takes a village to raise a village, you figure, but will you raise your villagers the best? 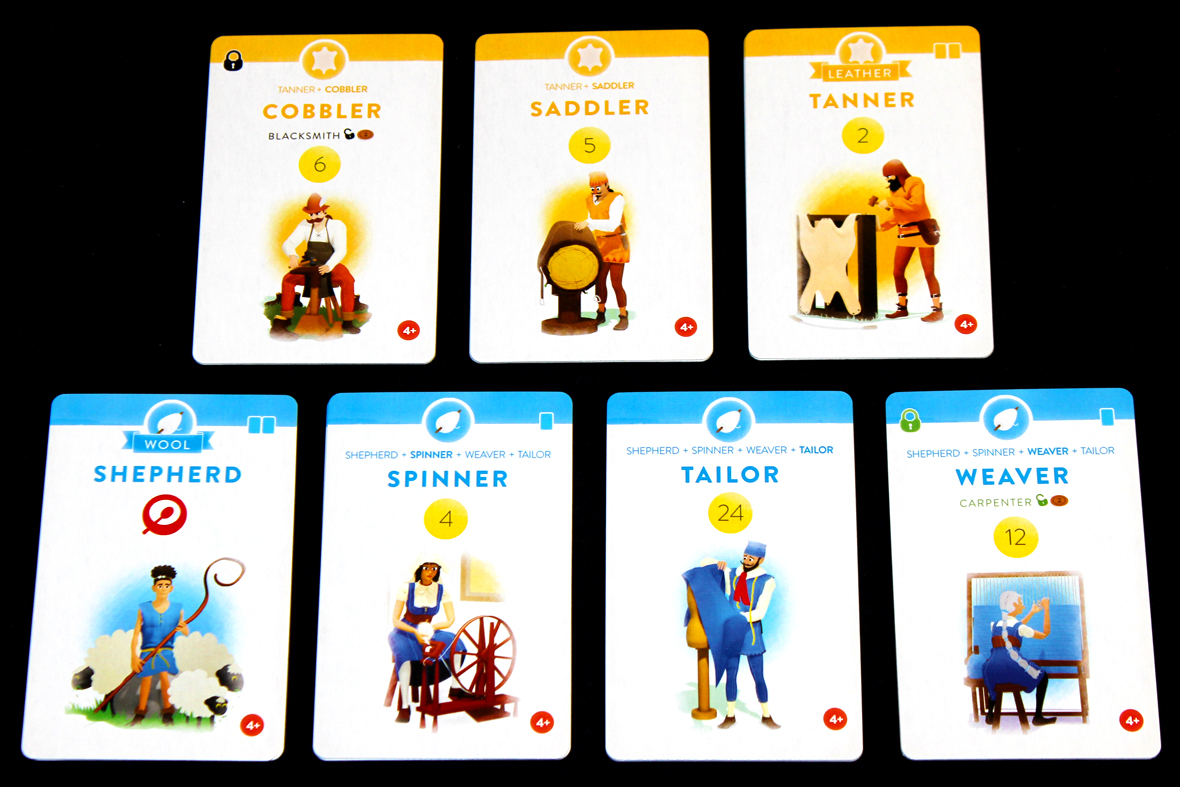 I mean, the key difference is that you end up having to add in new card types (Wool and Leather) at higher player counts so that you have enough cards and variety for everyone, but higher player counts do carry the risk of allowing other players to dilute your strategy. If you’re going only for green cards, well, at two players that’s easy; at five players that’s going to be quite a fun little challenge for yourself. There’s also the slight difference in how the drafting phase works at two players, which I think is notable. The game doesn’t really change in a particular sense, past that, though it’s likely going to take longer to finish the game since more players are making moves (and they can’t really do that in parallel). Just for that, I’d say that I generally prefer this at lower player counts, but it’s not that big of a preference; I just like shorter games. 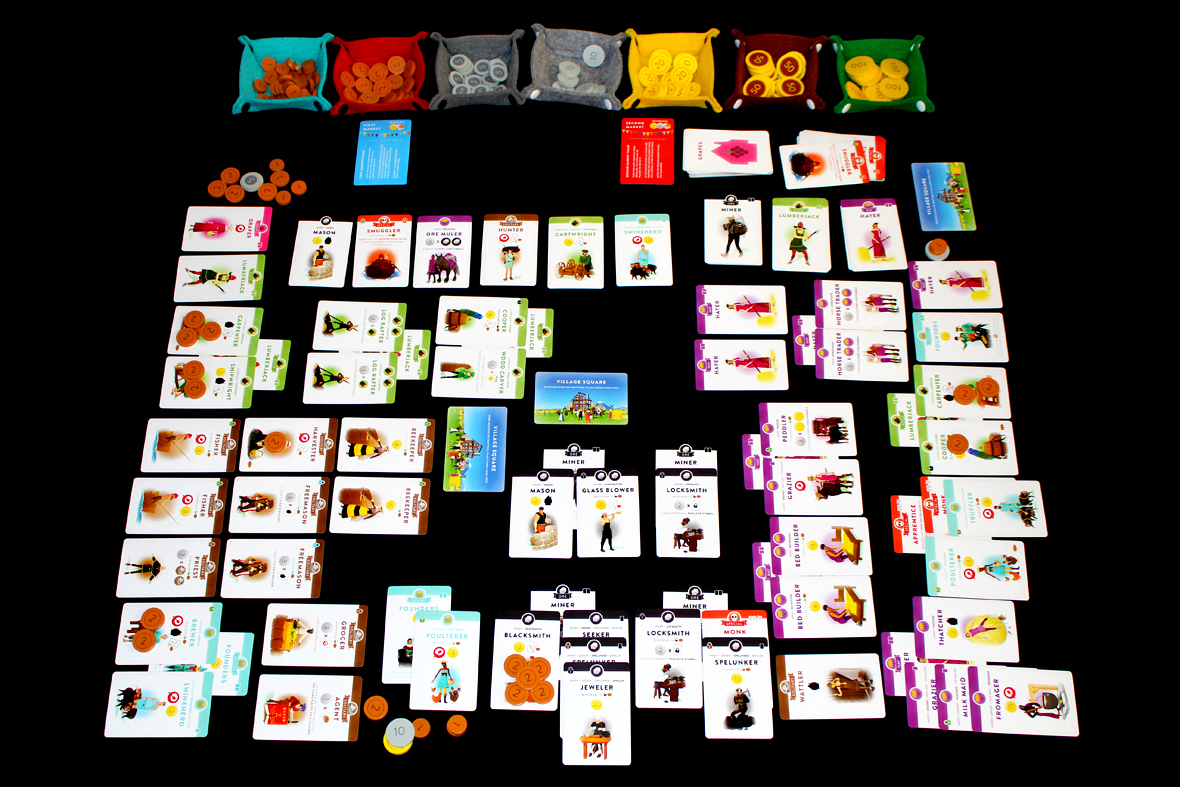 Overall, yeah, I think Villagers is pretty great! I think what really drew me in was the art style. It’s super bright and vibrant, and especially contrasted against the white cards, it does a lot to present the game as a slice of an idyllic and peaceful life in a small village, which is endearing. Sure, I’m generally opposed to Weird-Shaped Boxes, but I don’t think that takes away from the overall game experience. Plus, it’s not that hard to learn, which I really appreciate. The interesting parts of the game come from figuring out how to get what you want at the right time, particularly if you want to go deep in one color or get your opponents to give you money to unlock their cards. I absolutely love the unlock effect, personally. I think it adds a ton of really good and positive player interaction, and challenges players to try and find a way to avoid paying other players to use your own cards. Add in some interesting scoring rules and some nice diverse cards and yeah, you’ve got a solid drafting game that I’m enthusiastic about. If drafting if your scene, then yeah, I’d definitely recommend trying Villagers! I’ve had a lot of fun with it.