Hm. Time to dust off another review since, frankly, it’s taking basically all of my focus to even write one a week. I may have a couple extra next week, but, no guarantees. Anyways, might not be a bad idea for some simpler games, this week, and two great places to find simple games for the whole family are Gamewright and Shepherd Kit. So, here we go with two new reviews from them. I should try to try out their new version of MetroX, see how it compares to the original. Already love the colors! Anyways, I digress. Let’s get to Qwingo. Normally, I’d have a pithy paragraph about the game’s theme, but it seems pretty themeless outside of, “snacks!”. So let’s see what’s going on there. How will you stack up?

Uh, there’s no setup. Give each player a sheet:

And set out the die:

And … that’s about it. You can give each player a pencil, if it’ll help. Probably will, since it’s a roll-and-write. 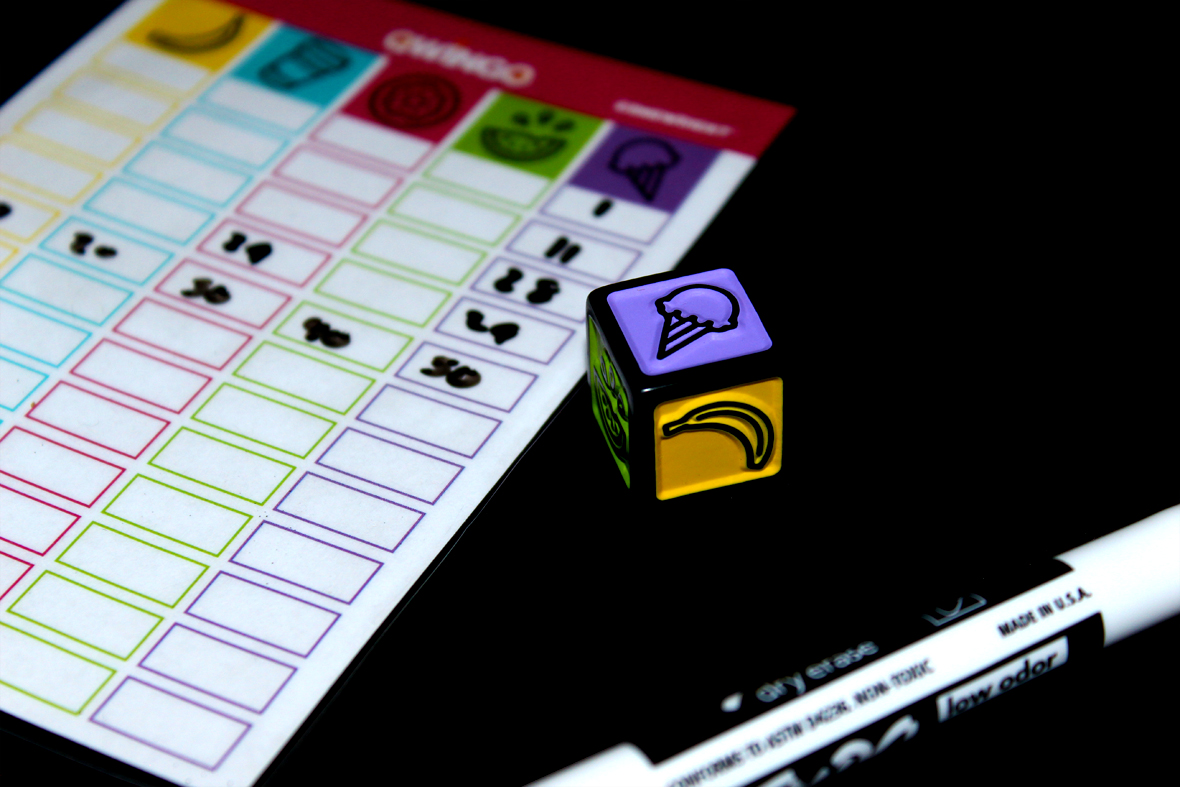 So the basic game is that you want to write numbers in columns. There are five columns: bananas, coffee, donuts, watermelons, and ice cream. To add some challenge, you need to have the columns in ascending order (top to bottom).

Should be easy, yeah?

Well, then, by all means; make it a bit more difficult. Before the game starts, every player secretly writes 10, 20, 30, 40, and 50 in one each of the five columns. One number per column. Needs to be a secret, otherwise, you might copy someone else’s sheet. Once you’ve done that, though, you’re fine to look at other players’ sheets. You may even want to! 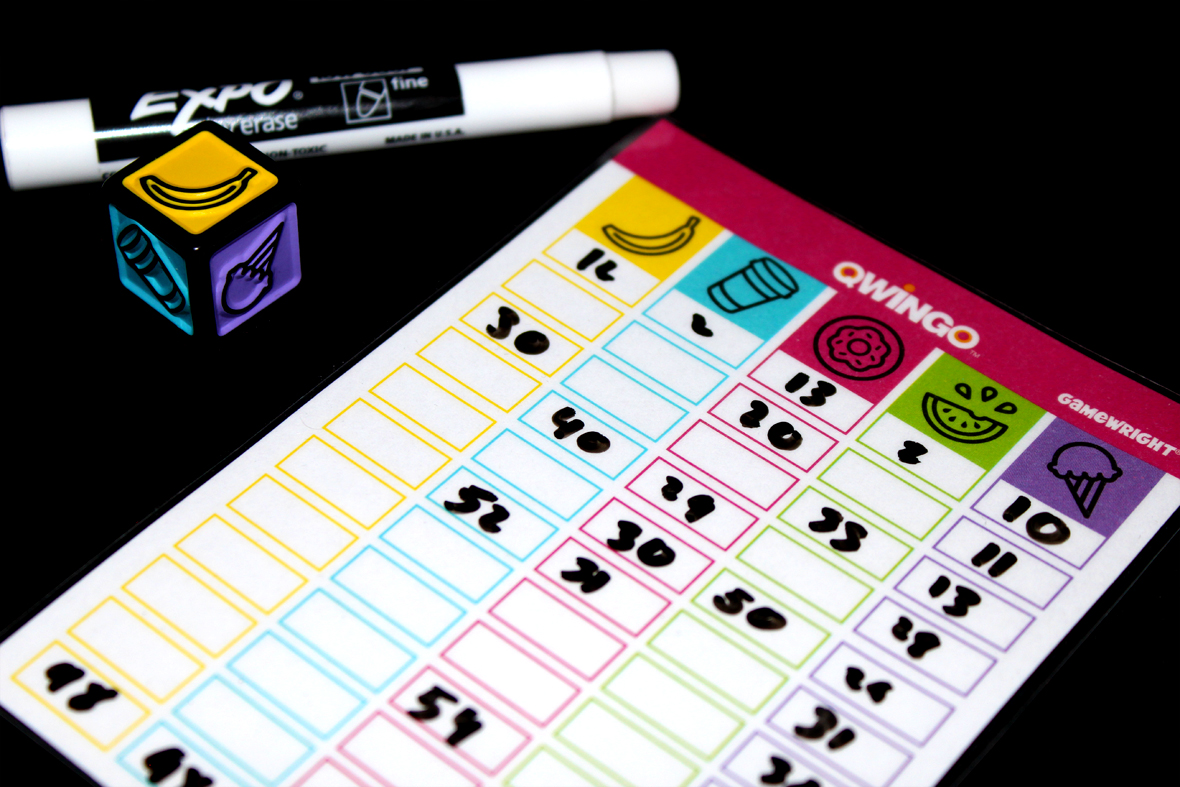 Anyways, the game is pretty simple. On your turn, call out a number between 1 and 100 (inclusive) and roll the die. Every player must add that number to that column. If the Lightning Bolt is rolled, every player may choose which column they would like to add that number to. If you cannot add the number to the column (remember, columns must be in increasing order), then you do nothing.

So certain strategies become more advantageous as you play with more players — for instance, you tend to diversify more as there are more players trying for a variety of columns. At low player counts, you can just spend turns trying to get a specific number and that’s fine, since you have fewer turns before it’s your turn again. At higher player counts, it’s not as advisable; breadth is more your friend. I don’t really have a preference for player counts for this game, honestly; it’s kind of silly and a lot of fun no matter how many people you play it with.

Yeah, overall, Qwingo is a super fun little game! I’ve played it a bunch with a few different groups (it ended up making its way onto my 10×10 challenge for 2018 because I could literally play it like, 10 times in a couple days) and I’ve even laminated a few of the sheets so that I don’t have to throw any more away! That’s all been working great. Sure, it’s a game about yelling some numbers and rolling a die (sort of like Bingo), but it’s got a certain expediency to it that makes it about as much fun as the other bingo game in my collection, Dingo’s Dreams (though DD has it beat on art and theme, for sure). If you’re looking for something fast and fun or a cute filler gift for a friend who games, Qwingo is definitely not a bad option!