Alright, I finally got to that pile of Blue Orange games they sent me a while back. Man, it’s hard to play games right now. I get through maybe 3 games a week? Maybe six, if I’m truly lucky. To say nothing of photography, honestly. I’ve also been really, really tired lately, so I’ve been struggling to get as much done. Them’s the breaks with quarantine, I suppose. Either way, I had a board game night with my housemates a while back and we managed to play a bunch of Cross Clues. So what do I think? Well, let’s get into the review and find out.

In Cross Clues, your goal is to work together. You’ve got this grid of words, see, and you need to guess each square in the grid by coming up with one word that best represents both the square’s row and column words. Got ORANGE and JOY? Why not, “dreamsicle”? (I mean, I think they’re delicious.) HOT and MOUNTAIN? Try “Krakatoa” (or, I guess, volcano). Can your partners guess what spot on the grid you mean based on the clue you give? Only one way to find out!

Game’s not too hard to set up. First, you’re going to choose your grid size:

Use the Axis tiles to set up your grid: 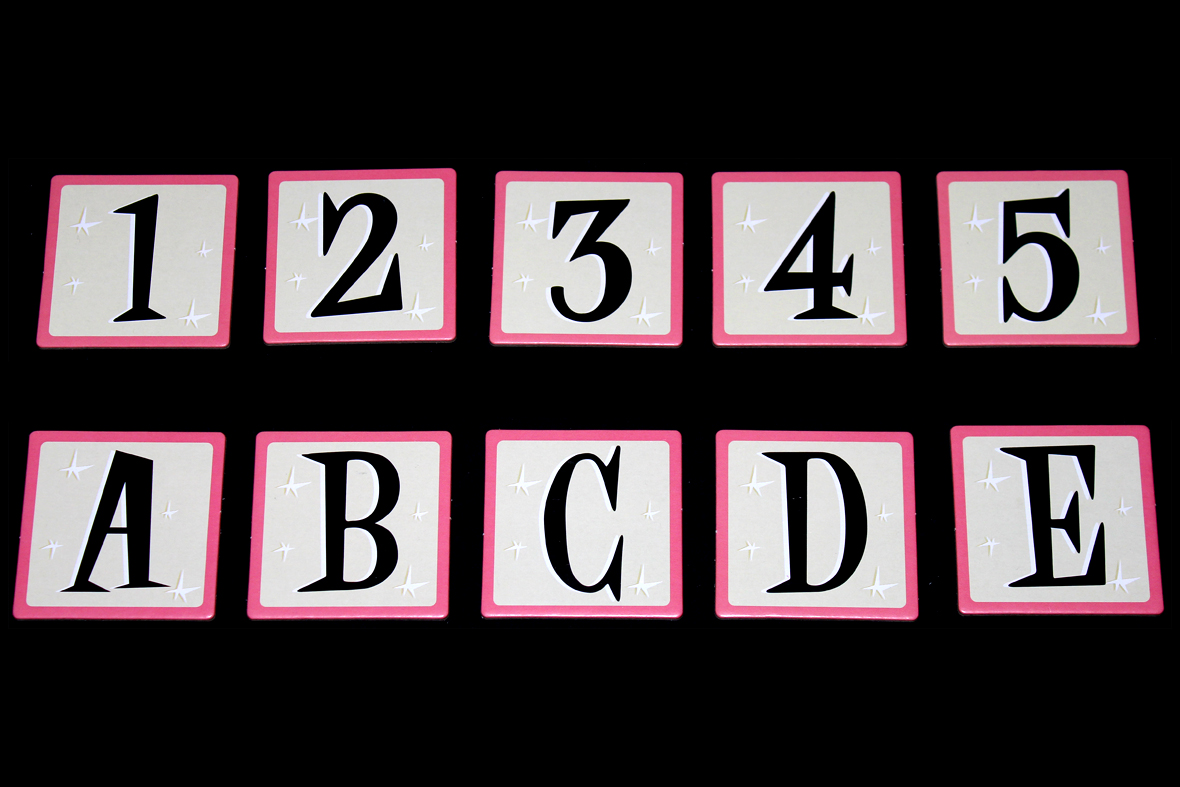 Put the letters in a row and the numbers in a column, or vice versa, as long as you’re consistent.

Shuffle the Code Words, and then place one under each letter and number: 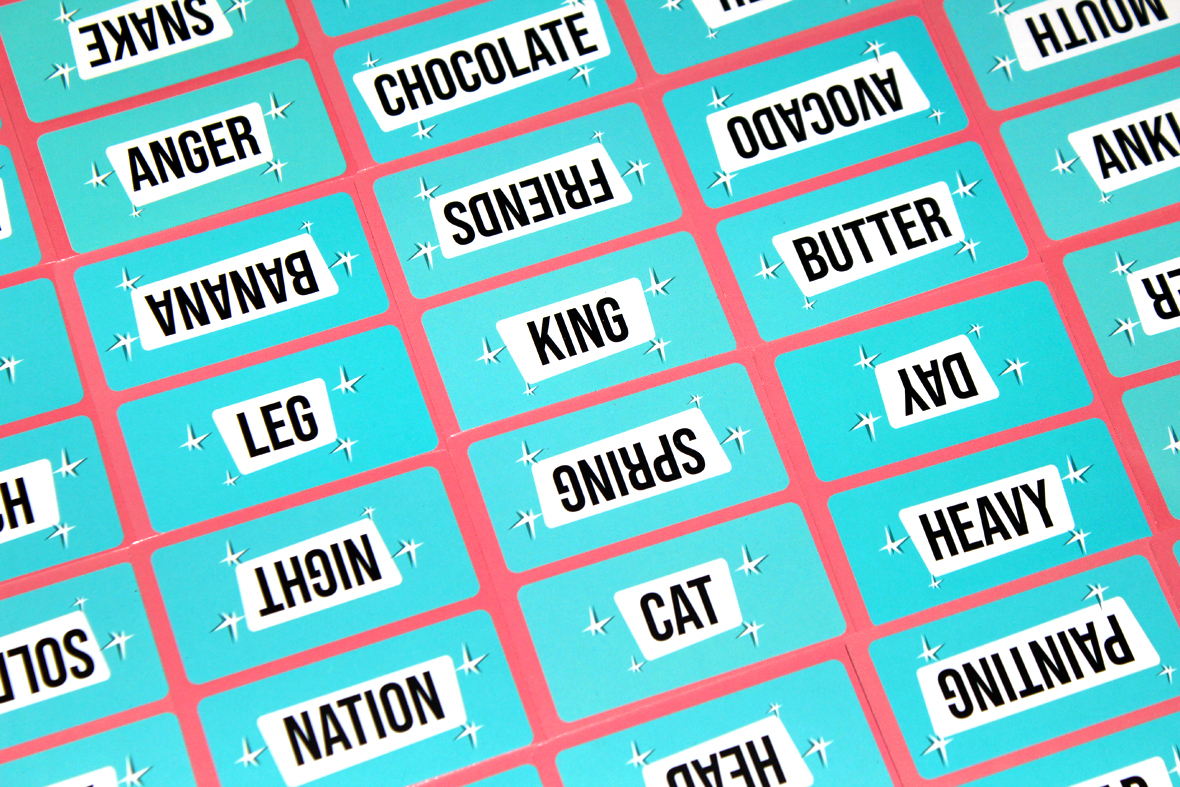 Shuffle the Clue Cards that correspond to the Axis tiles you used (so in an Express game, you won’t use anything past C or past 3):

Deal each player 1. If you’d like, you may use the timer, but for an Expert game, you’ll be able to flip it again once it runs out:

Either way, once you’re ready, you can start!

This one’s pretty quick, too. I’ve been reviewing a lot of games with a smaller footprint to try and save a bit of my time / energy. It’s kinda working. Either way, your goal is to try and fill the grid with the cards in your hand. But how? 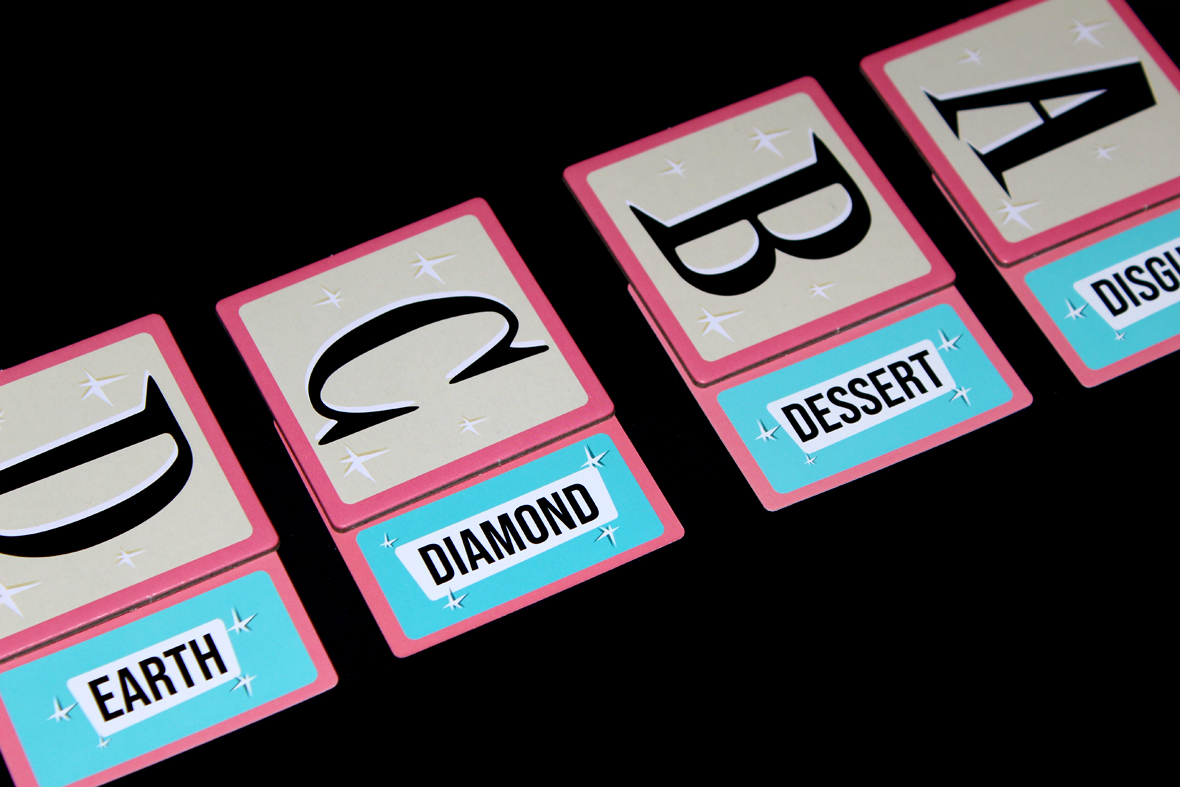 There aren’t turns, so, everyone should draw a card when the game starts. If you’re ever without a card in hand, draw one. Your goal is to get other players to guess your Clue Card. You can do that by giving a single word as a clue that combines both of the Code Words (so if you have Fire and Queen, you might give the clue “Azula” to try and grab one of your TLA fan friends). There are, as you might guess, a few rules for clues:

The other players may discuss what they think, but they then guess as a group:

Either way, draw a new card.

The game continues until the grid is filled, all players are out of cards, or the timer runs out. The more cards in the grid, the better you did!

At 2 – 3 players, you can still play; each player just has two Clue Cards in their hand at all times.

The major thing to watch out for is you get to play less as the player count increases, since each player will likely have at least one card over the course of the game. Fewer cards in your hand means fewer iterations to come up with a clue. That said, if you’re not big on giving clues (and prefer guessing), this may be perfect for you. Nobody can force you to play your card, so you can hold on to it for as long as you want, ultimately giving one Very Good Clue to get it out of your hand and then spend the rest of the game trying to guess rather than give clues. That’s not my particular favorite part of these kinds of games, but there’s definitely an audience there for the Codenames players that never want to be the Spymaster. I hadn’t actually thought much about that before writing this review, being real. Similarly, the players that love giving clues will like this game at lower player counts since, by courtesy, they need to give more clues. At higher player counts, they can also wait for players to determine if they want to give or guess more, and then function as more of a giver than a guesser. To that end, I suppose higher player counts are a bit more flexible in that regard, but if you want to guess and give rather than guess xor give, you should probably stick to the lower end of the player count spectrum.

Overall, I think Cross Clues is fun! I think it succeeds quite well at coming up with a game that plays well with the “come up with a clue for a concept” concept. It plays a bit like a reverse, cooperative Medium, which is interesting. Instead of trying to guess the same overlap for two concepts, you’re challenging multiple people to figure out which two words are being suggested by your overlap. And that’s fine! Just One has a similar relationship with Codenames, in my opinion. They appeal to different crowds. That said, there is one particular thing I don’t like about Cross Clues, and that’s the ending. I feel like when you get down to a few cards, it’s hard to avoid telling other players what card you removed from the game, for instance. It’s relevant! If everyone is convinced the clue is for B3 and I know B3 was removed, I have to just say “I don’t think it’s B3”. If I’m obstinate enough, players will just assume that that’s the card I removed, and that kinda sucks. It makes the game’s ending just kind of … strange. Even if you play perfectly, it means that the last card is also not terribly exciting. It might be more interesting to play with a 6×6 grid with, say, 5 cards removed, so that way you’re never sure what intersections you’re not playing with. I do want to try that and see how it plays. I’m a sucker for a word game, though, so I’ll probably come back to this one from time to time. I even like the kinda-retro aesthetic! If you’re into word games and cooperative clue-giving games, yeah, I think Cross Clues is fun!