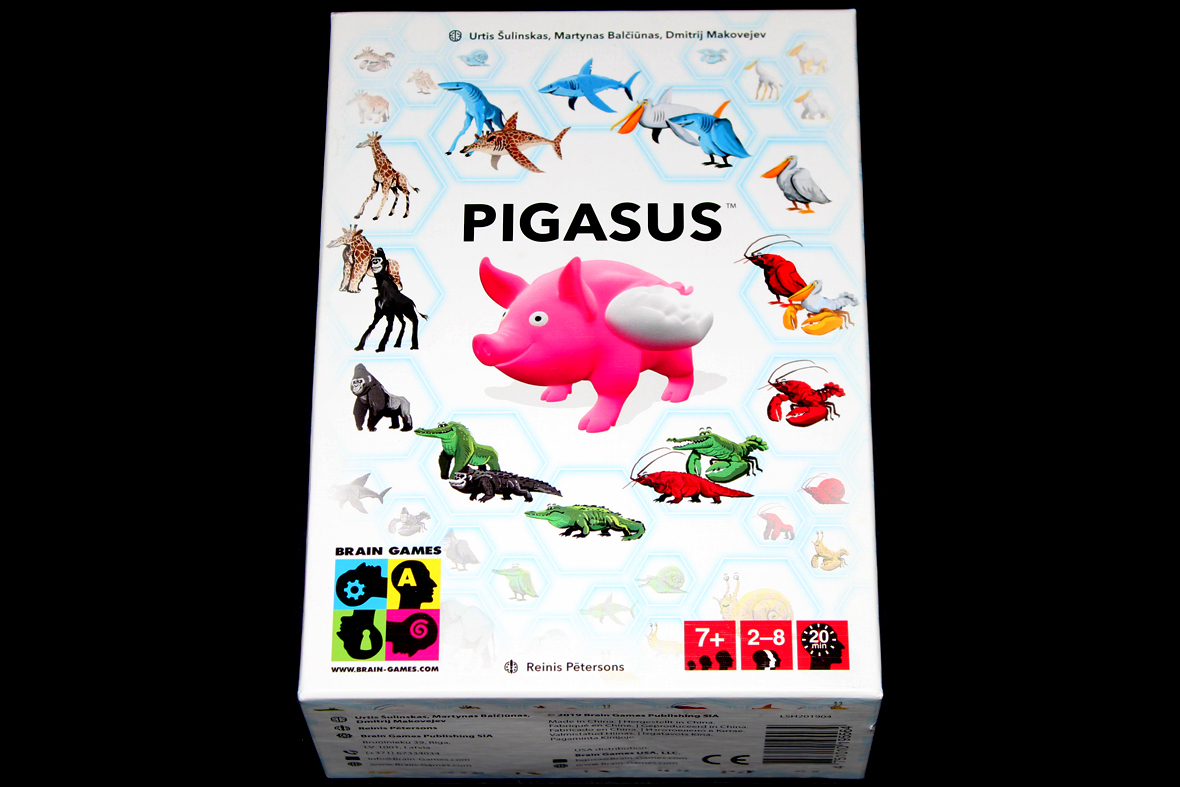 Full disclosure: A review copy of Pigasus was provided by Brain Games.

Dusting off more games for review! I’m surprised I didn’t get around to doing this one, but I think I know what happened. I originally wanted to make it a Halloween Spooky Game, but it wasn’t quite spooky, and then it got lost in my archives for a bit. But, my county is still kinda locked down, so, it’s time to dig all sorts of stuff out of the archives and see what we can do. So let’s dig into Pigasus, one of the many new releases from Brain Games.

In Pigasus, well, something horrible has happened. You left the animals unattended, and, well, they got switched up somehow. Not in a “pigs ended up in the chicken coop” sense, but more in a “there’s a pig’s head on a snail’s body, god help us all, these are the times of the devil” way. You know, as they do. Your only hope is to figure out which animals are swapped and just kind of … leave them together and hope they swap back eventually. Or open up some kinda freaky zoo. Or both, honestly. Will you be able to figure out which of your animals got flipped around? Or are you stuck with these weird nightmare creatures forever?

Remove 16! Set them aside. They won’t be used this game. Set the Pigasus in the center of the table:

So cute. You’re ready to get started! That’s it. 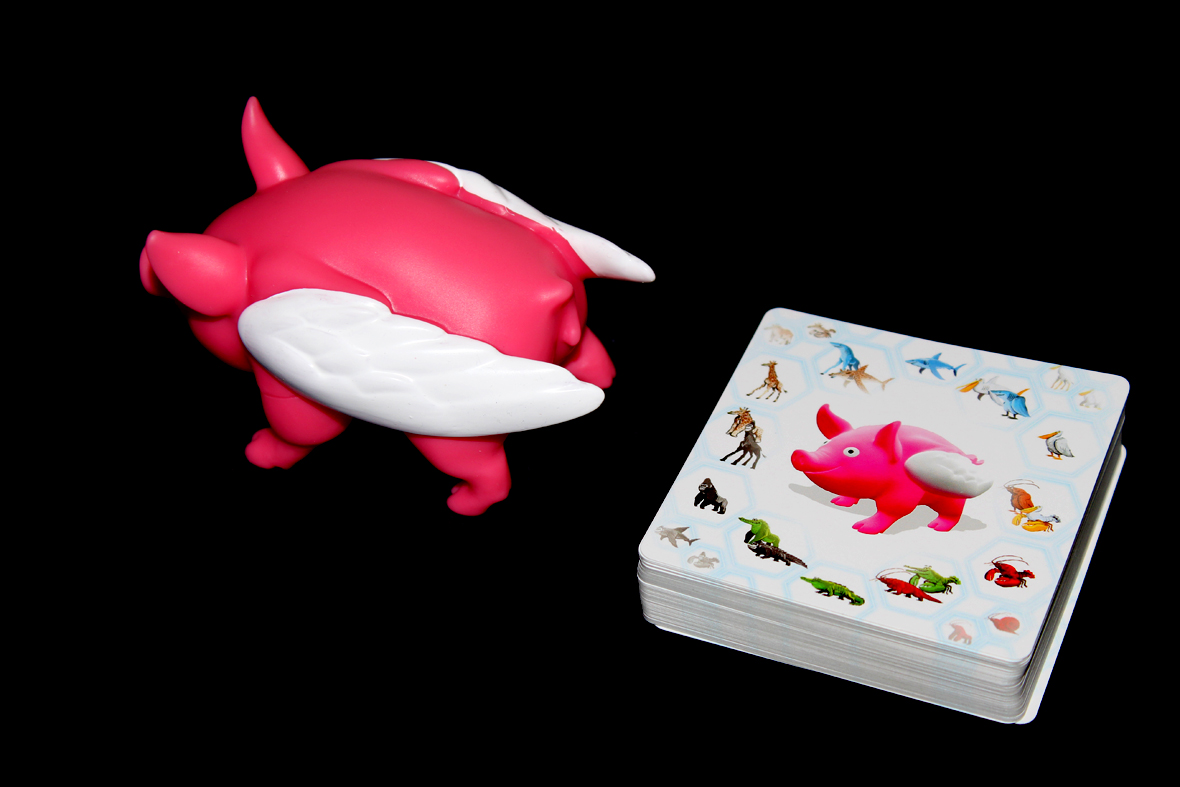 Alright, this one’s dead simple. Designate one player to be the flipper. Similar to Anomia, they’ll flip the top card of the deck away from them and place it face-up in the center at any pace they’d like. No covering cards!

If you see any pair of animals who have had their heads and bodies swapped, grab the Pigasus! If multiple players go for it, whoever has grabbed more of it takes it. The player who grabs it must immediately point out the matching pair. If they can, they take that pair, set it aside in a pile of cards they’ve collected, and become the new flipper. If they can’t, they must put X cards that they’ve collected back into the box, where X is the number of players. 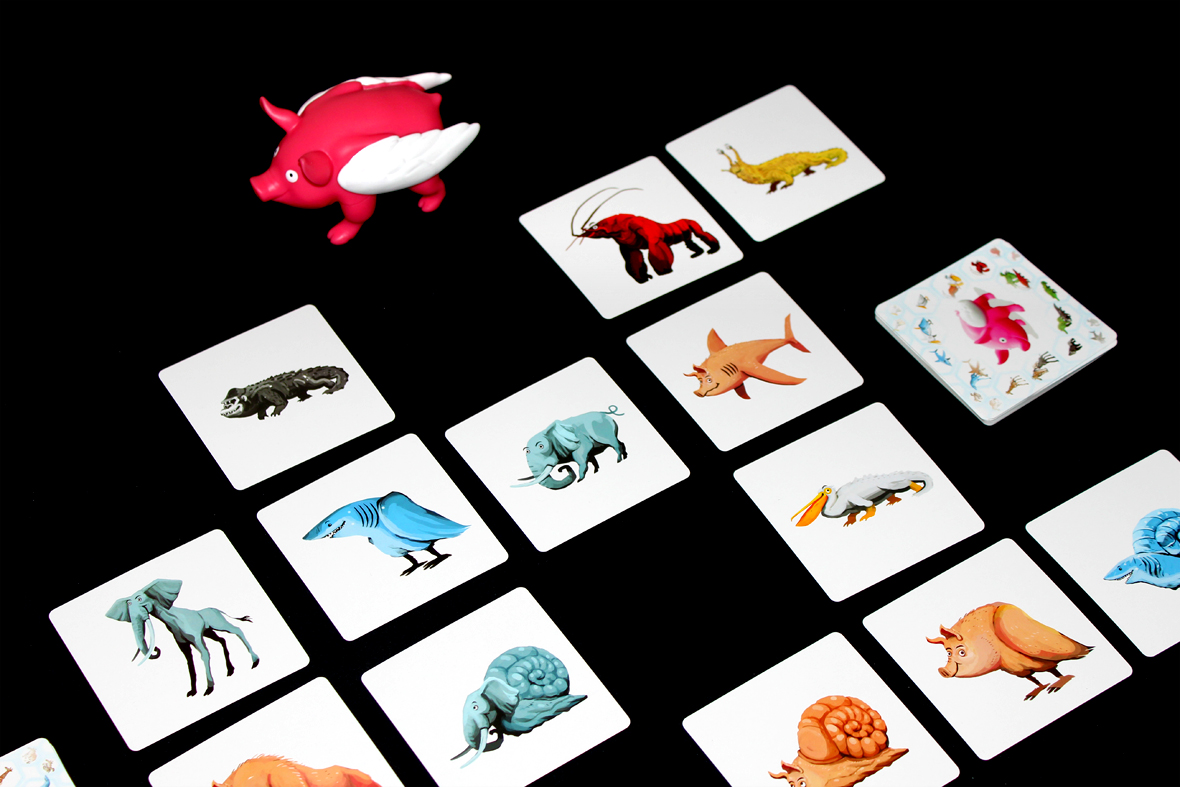 Not many. Hope you’re quick! At higher player counts there’s more contention for points since there’s more players to try and steal them away from you … and that’s about it. Beyond that, you don’t really change any aspects of the game to play it with more players; you just have to deal with more people reaching for the Pigasus when you want to score. Maybe they’ll see something you don’t? You better hope not. 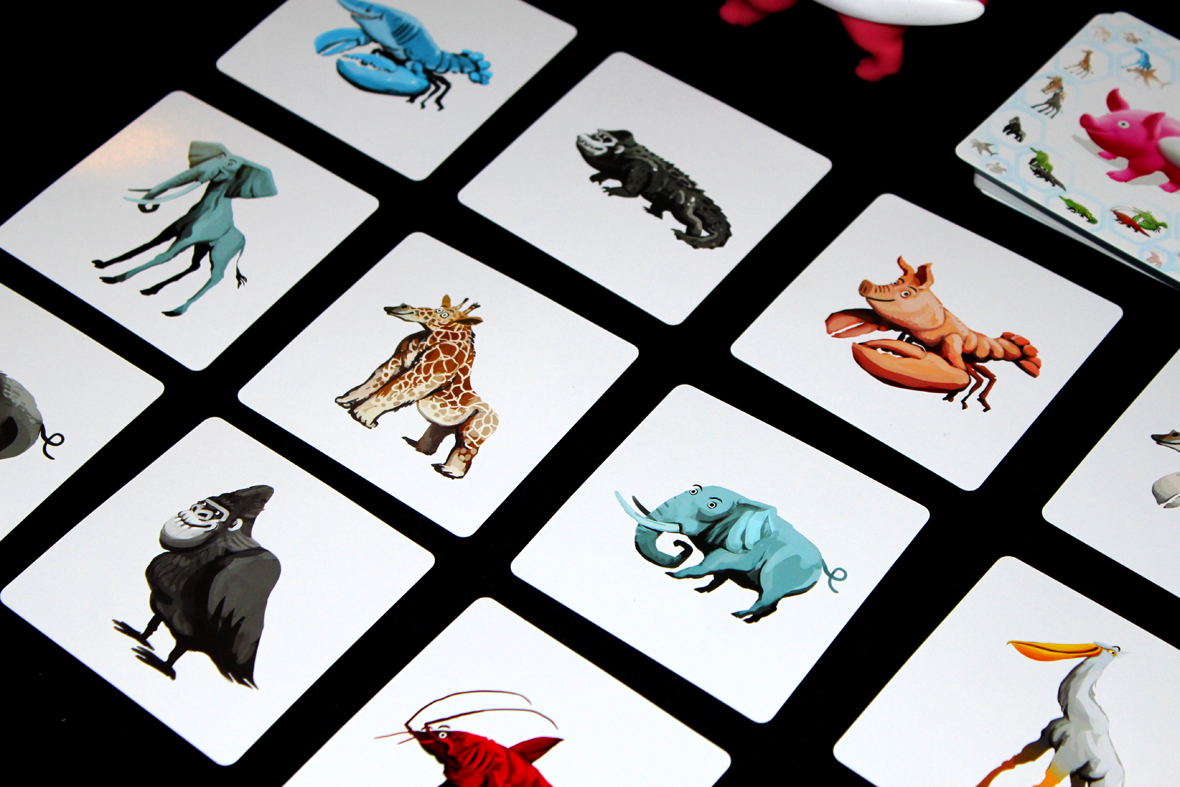 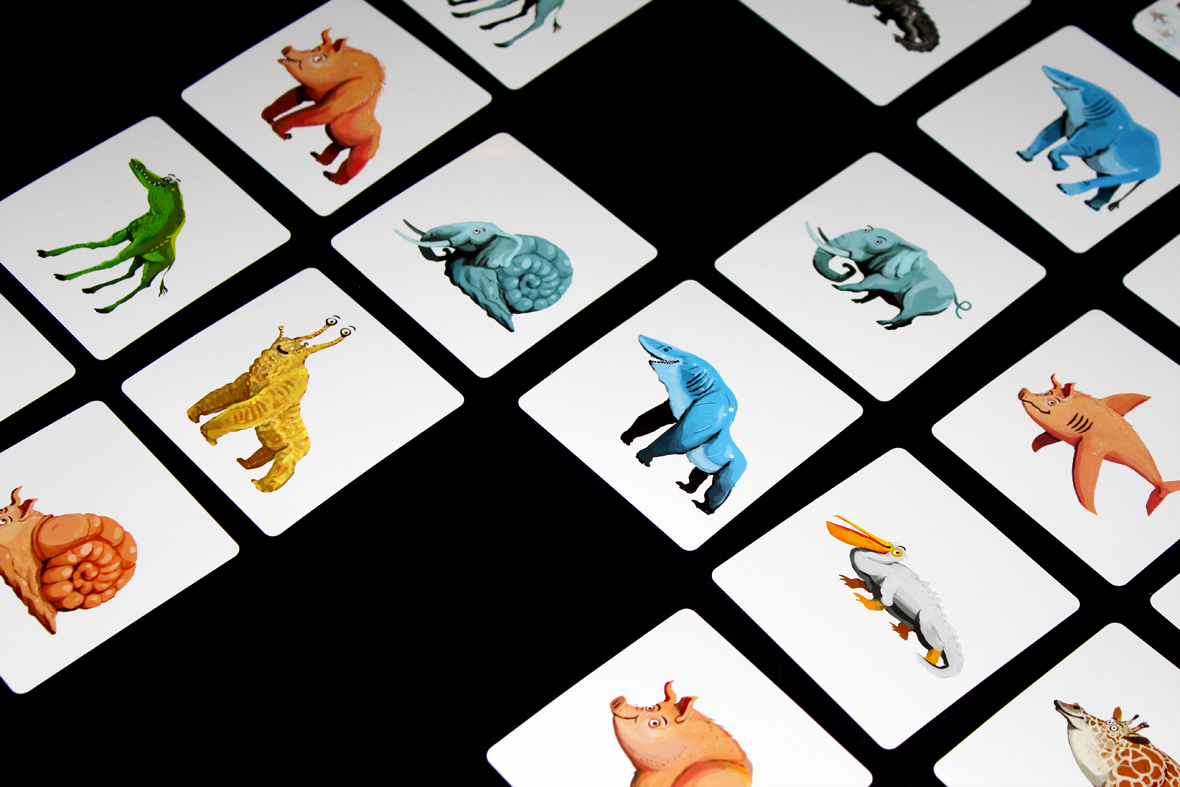 Overall, I think Pigasus is a blast. It’s definitely on that list of speed games that people won’t really play as often, but I think that that’s often because these kinds of games tend to tilt towards players who either have a good scanning ability or have a lot of experience with these types of games, and that’s not always … fun? It’s not like you can learn the tricks of “look for cards faster”, all the time, and that doesn’t always make for a great player experience. That said, if you like these kinds of games, I think this one is very good. It’s streamlined in that you’re only looking for pairs, and all the art is hilarious. The decision to remove 16 randomly is just enough that there’s no way to guess what’s been omitted (since each card only has one pair), so there’s always a good bit of tension around whether or not you can actually match the card you’re looking at. The nice thing about these low-overhead speed games is that they’re also very easy for younger players to pick up and become pretty solid at, and the weird whimsical art will probably not horrify them too much. Though I gotta say, the art is really what makes this game, for me. It’s delightfully terrible in a weird Catdog-meets-Dr.-Moreau way, and I love it. Do I ever want to see another game with this art? Pretty solidly no, but it’s great and weird and terrible and excellent that this particular game exists. Plus it comes with a giant squeaky pig, which, hilarious. I fully acknowledge that real-time speed games like this aren’t everyone’s cup of tea, but I’ll freely admit that they’re mine. If you like that kind of gameplay, you’re looking for something that’s accessible for younger players, or you just want to see some really weird art, I’d recommend checking out Pigasus! I think it’s a lot of fun.