Full disclosure: A review copy of Ripple Rush was provided by Stronghold Games.

New games! A lot of what I have been able to get played has been games that can play remotely or quickly, and thankfully, this one’s both. Ripple Rush is a new flip and write game from Stronghold, but I still have no idea if it’s flip and write, flip and fill, draw and draw? We need genre consistency; I’m way out in the weeds on this one. But I digress. Let’s dig in and see what the game’s got going on!

In Ripple Rush, you have one goal: make long columns. Thankfully, you have a bunch of numbers you’re going to draw and the freedom to place those numbers anywhere. But these are your numbers; nobody else deserves them. Unfortunately, if you can’t place them, your opponents get a chance to place your numbers on their boards! The indignity. Will you be able to outscore your opponents?

Essentially none. Shuffle up the cards, and then create a stack of cards for play:

Give each player a player sheet: 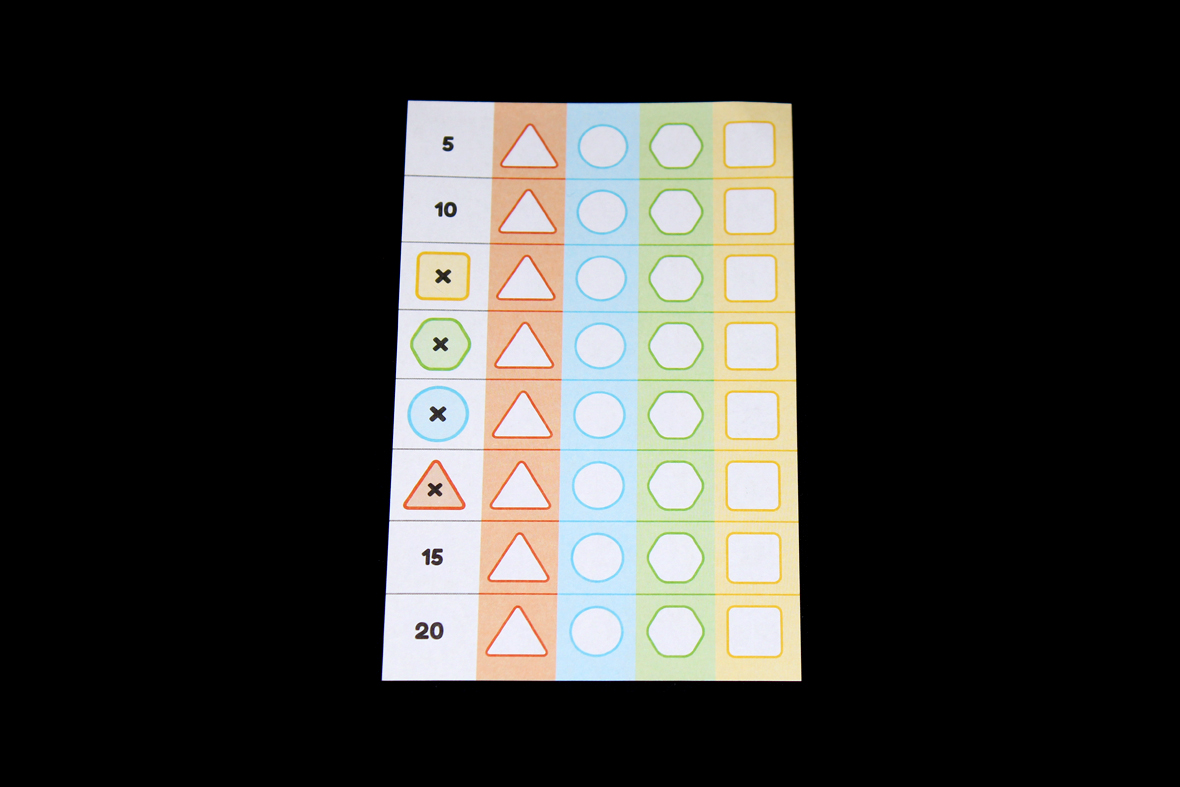 And, if you want, reveal two of the Goal Cards: 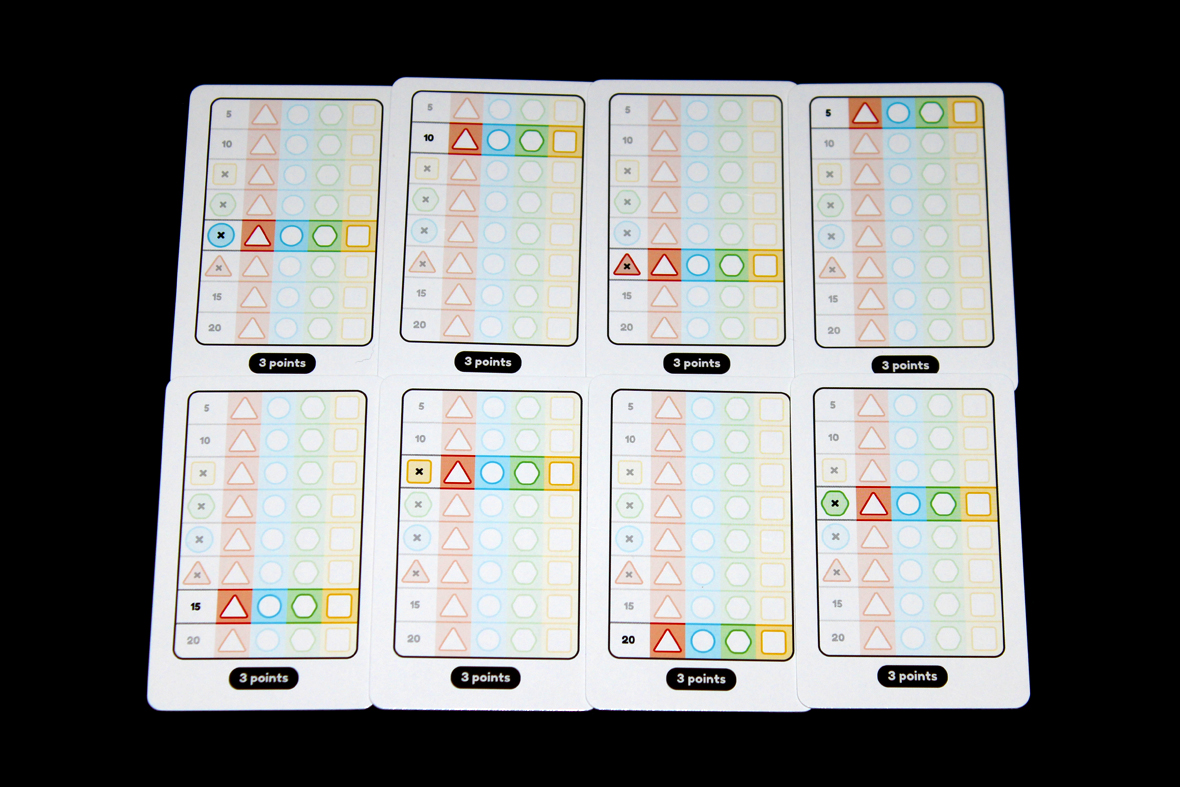 You should be ready to play!

Not a ton for this one. The game is played over a series of simultaneous turns as players try to make contiguous runs of numbers in each column. At the end of the game, you score one point per number in your largest run in each column! Along the way, though, there’s some potential for combos and unused numbers can come back to haunt you in the worst way. Let’s dig in and find out how!

In a given round, players each draw and reveal a card, announcing its value. Then, they can add the number to any spot in the column of the same color provided that it is greater than every number below it and less than every number above it. Simple enough.

The problem is, if you can’t place the number on the card, you have to give it up. Announce that you cannot place your number, and once your opponents have had a chance to place their numbers, they can place yours as well! If they want to. No pressure either way.

Should you manage to complete a row on your sheet, you unlock the corresponding row Bonus! If it’s a number, you may write that number in any column on your sheet. If it’s a color with an X, you may choose any number and write it in the column of that color.

Play until the deck is depleted, and then check each column. You get 1 point for each value in your longest contiguous streak of numbers (this means your largest group of numbers with no blank spots between them). Total your scores, and the player with the most points wins!

For the Advanced Game, you simply get 3 points for each Goal Card you successfully fulfill. Each Goal Card corresponds to a row, so completing that row fulfills the goal and can earn you up to 6 additional points total!

Generally speaking, I’d loosely expect scores to increase as the player count increases. Assuming that everyone has to get rid of some number X cards per game, as player count increases, even if X remains the same, the number of players being unable to play X cards increases, right? As a result, I’d expect to see more players with higher scores, since they’ll hopefully be able to take better advantage of a wider variety of their opponents’ mistakes. Naturally, I’d expect to see lower scores if you’re playing the basic game rather than the advanced game, but that’s sort of independent from player count. Beyond that, I really don’t pay that much attention to my opponents beyond trying to see what numbers they’ve already seen so that I don’t have to rely on just my wits to pull out a win. It may be a bit harder to track who’s gotten what as player count increases, since you’ll get a lot more information every turn. But that does seem like more fun. I’d probably recommend this one at slightly higher player counts, as a result. 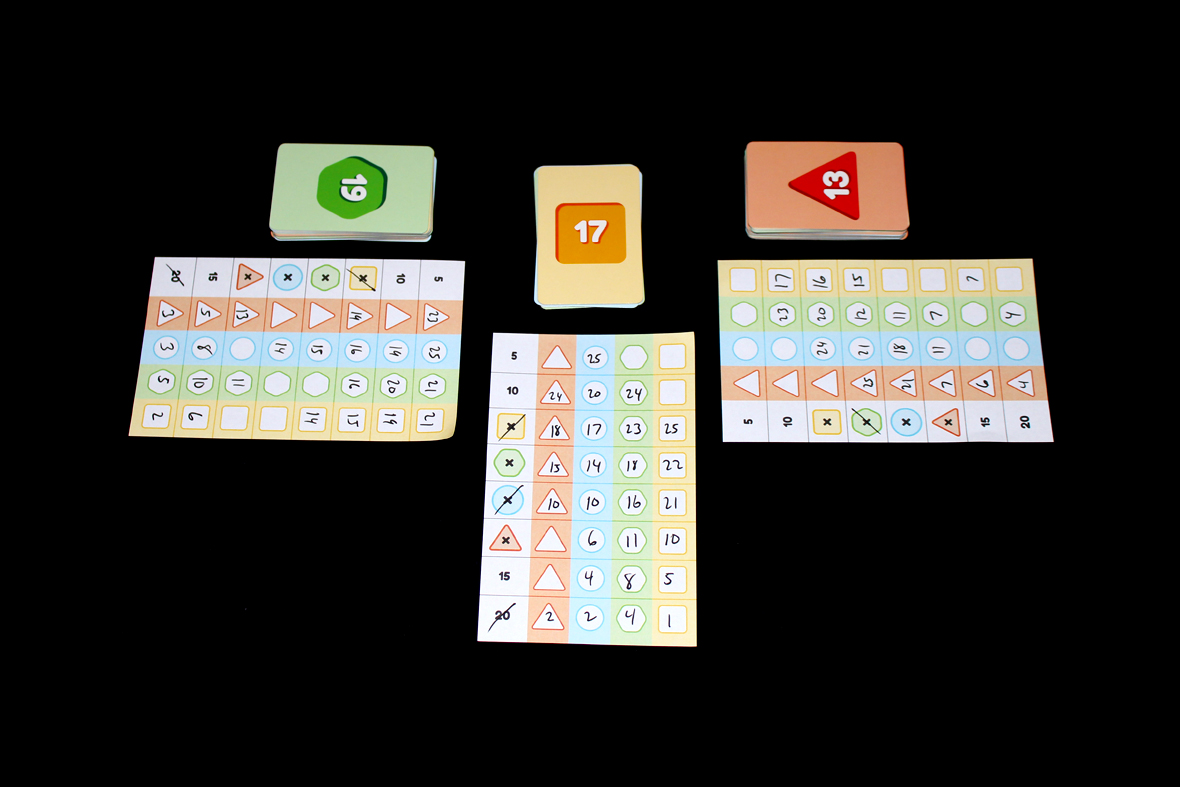 Overall, I think Ripple Rush is fun. Of my column-filling games, I’d say I prefer Qwingo, but that’s because I feel like it’s more up to the player’s control than Ripple Rush is; at times, I feel like I’m at the whim of the cards I’ve gotten. I can’t really influence them beyond acknowledging that the deck is the deck and the ordering is unknown to me and I’ll find out. And that’s plenty fun for a quick 15-minute game, but I think I would like more from it if it’s going to become a game that I suggest to others or continually go back to, like Qwingo and Qwinto are. That said, I don’t think it’s bad at all! It does what it purports to do: it’s quick, simple, and can be easily played remotely, all of which are good things when you’re still in a pandemic. I do wish that the goal cards were a bit more interesting than “complete this row”, but I did see a BGG post about someone modifying the score sheets so that you could indicate which rows were the goal rows, and that’s useful. Either way, I’m always happy to see another roll/flip-and-write come around, and if you’re looking for something quick and simple to bust out, I think you may enjoy this one!