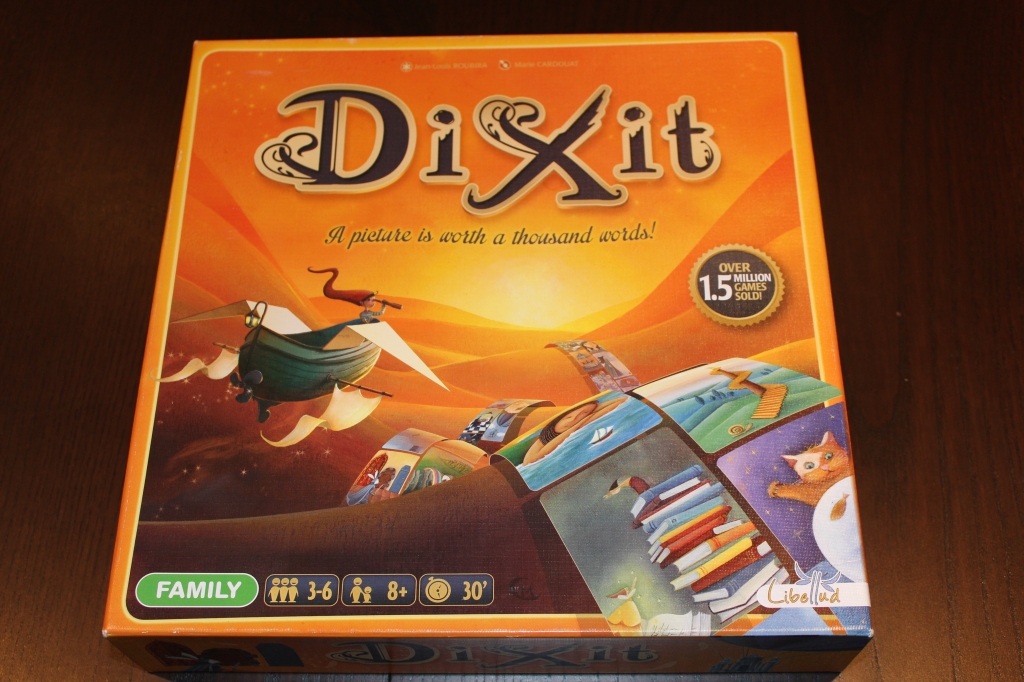 Might as well take a departure from the norm for #10, and talk about one of my favorite games / party games, Dixit. Just as a minor clarification, I own both Dixit and Dixit Odyssey (“Odyssey”), and find certain parts of each better than other parts so I combined them into SuperDixit. I’ll explain.

Dixit lives in the same neighborhood / apartment complex as other party games like Apples to Apples or Cards Against Humanity, but the similarities stop there. It’s a bit closer to the Game of Things and Balderdash, if I were to place it somewhere. I’ll explain why in Gameplay, but first we should get the game out of the box. 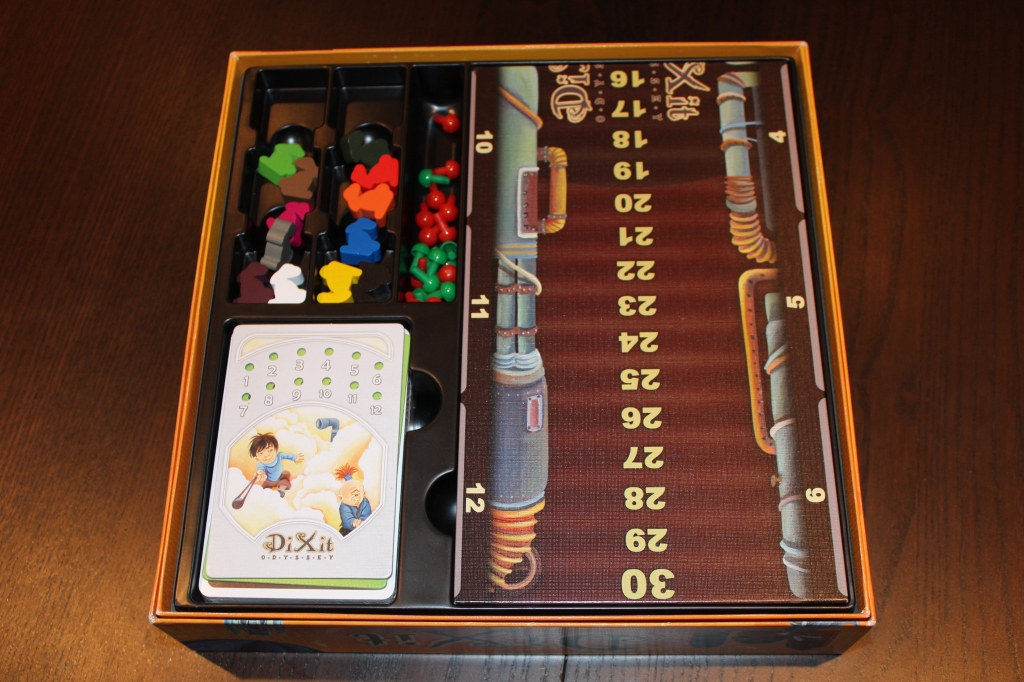 Next, assign everyone a rabbit token and place them on the 0 / not quite on the board, depending on your board. There should be either voting tiles (numbered 1-6, Dixit) or voting boards (numbered 1-12, Odyssey) with green or red pegs. Give them the matching tiles / boards + pegs, and you’re almost good to go.

Finally, there are a bunch of cards. Shuffle them as best you can and deal everyone six (seven, in a three-player game). You’re all set up! Let’s talk about gameplay. 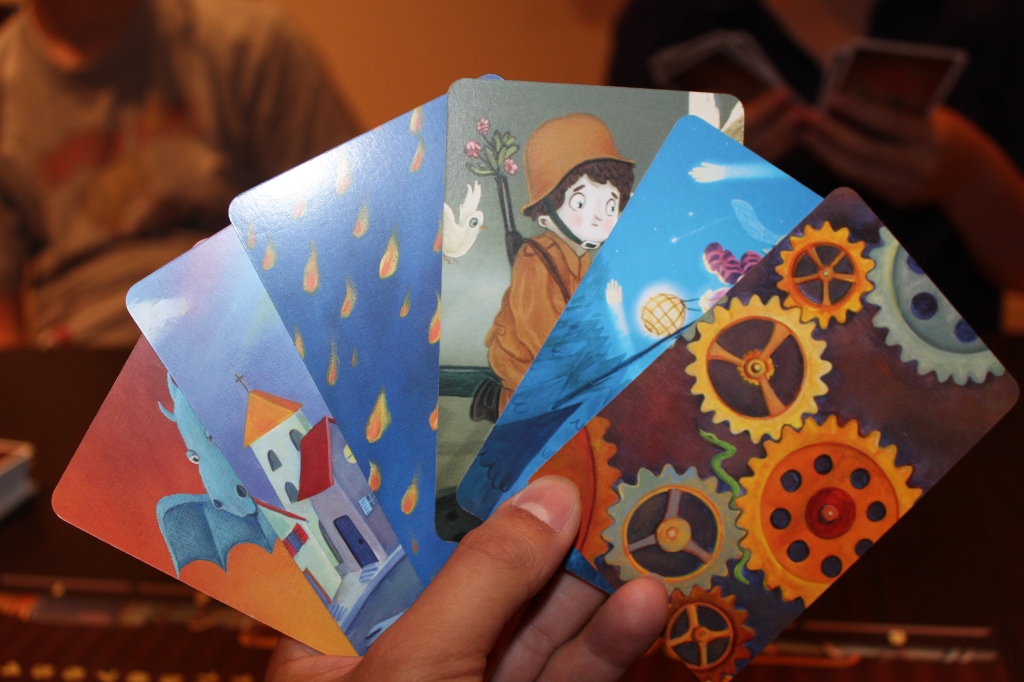 So, as you might have noticed, the cards are a little weird. Beautiful, but weird. This is important! Here’s how the game is played:

If done correctly, your board should look something like this:

Everyone draws another card, and the player left of the Active Player becomes the new Active Player. First to 30 wins, sure, but you can play as long as you’d like.

As you might surmise from the scoring, there are definitely strategies to choosing a clue and playing to win, though as with most party games, you might not really … care. Either way.

Other obvious strategies include trying to trick people into guessing your card instead and guessing the correct card. Hooray!

I’ll preface them with Dixit or Odyssey if they’re specific to that version.

Honestly? If you don’t own this and it even mildly appeals to you, you should buy it. It’s super fun, it’s super light, and it has high replayability. All are fantastic reasons to get this game. I think it’s probably one of the best (if not the best) party games I own. I frequently get requests to play it and I’m always happy to oblige. It’s a classic that belongs in pretty much any gamer’s collection, and I see it being a mainstay of mine for a while.

Also, how could you not love cards like this?