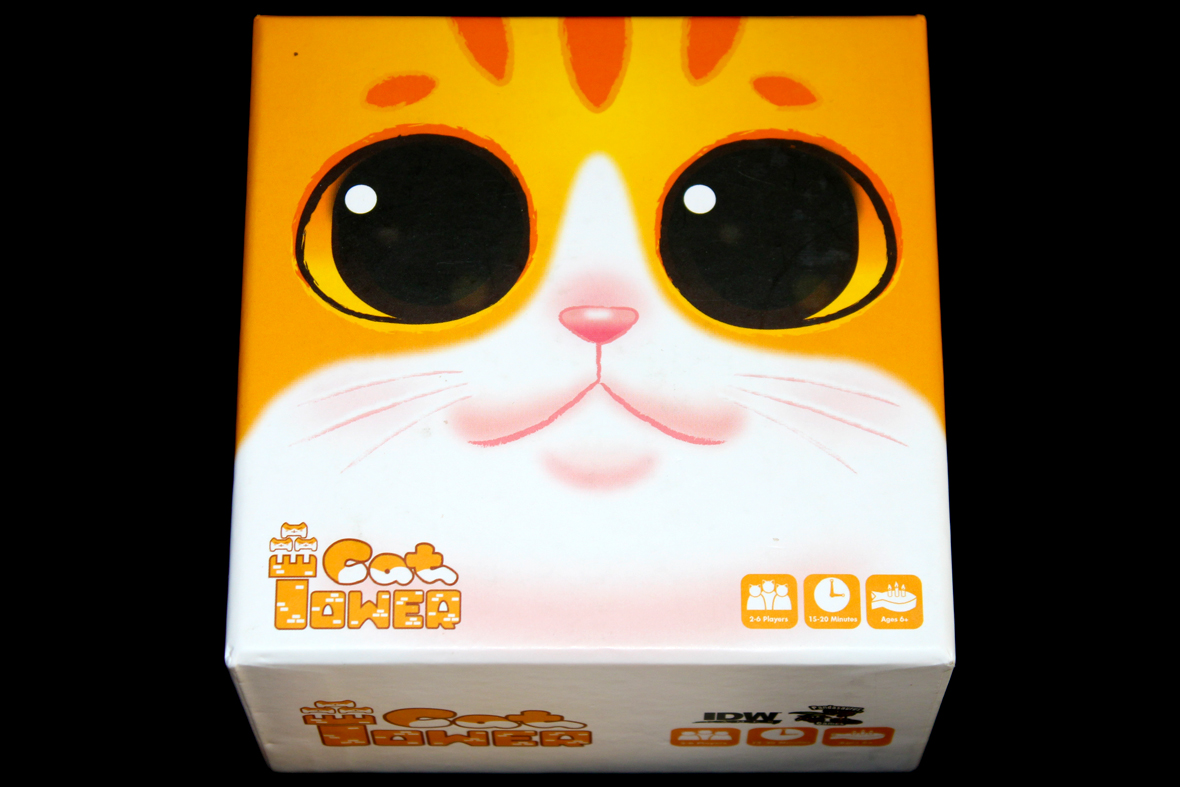 I love both dexterity games and games with weird themes (hence Ice Cool), so you can imagine that I might be interested in Cat Tower, a game about stacking up cats as high as you can get. In this, your cat-stacking can be compli-cat-ed by your opponents as well as your own bad placements and strategy in a reverse-Jenga sort-of-business.

Will you be able to cat-apult yourself to success? Or will it be your opponents who manage a purr-fect game?

As you might guess, this is a pretty easy game to set up. There’s gonna be a Space Cat, who goes in the center:

Give the other players 7 Cat cards:

And set the Catty Fatty cards aside, for now:

You’ll also notice some tokens — put them near the Catty Fatty cards: 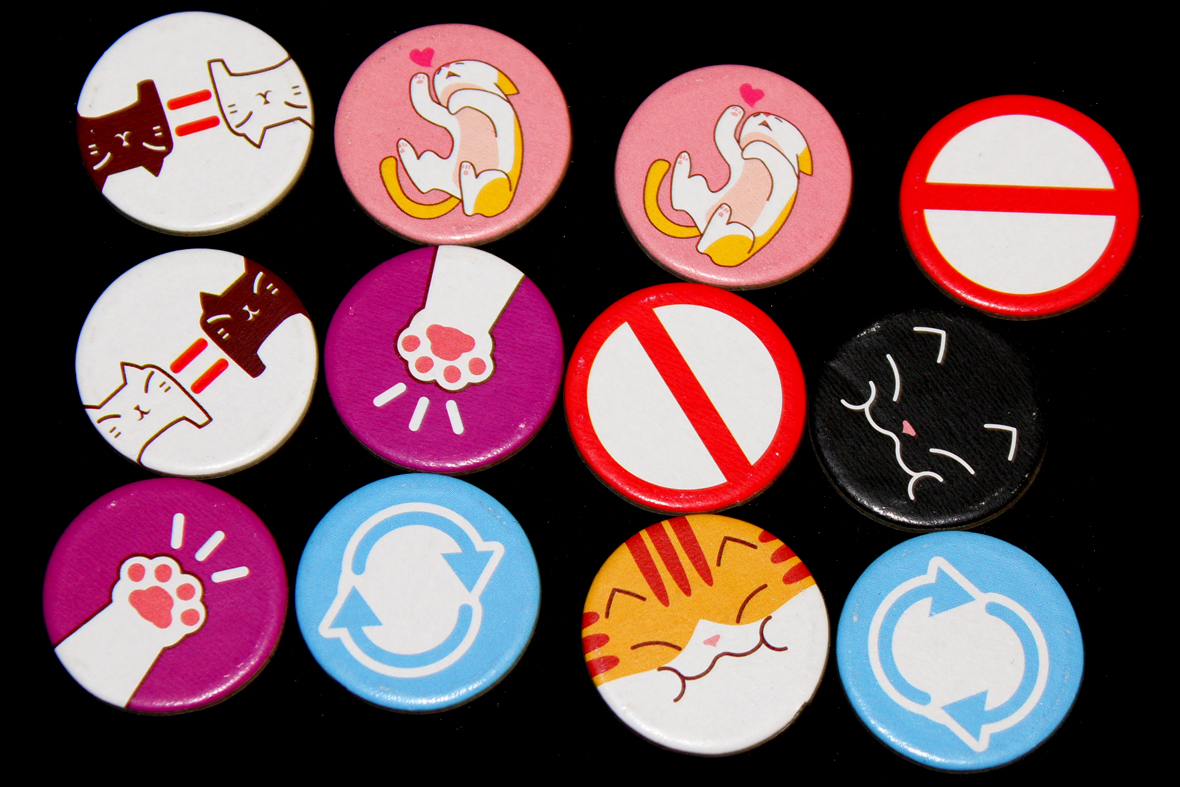 Finally, choose a player to go first and give them the die: 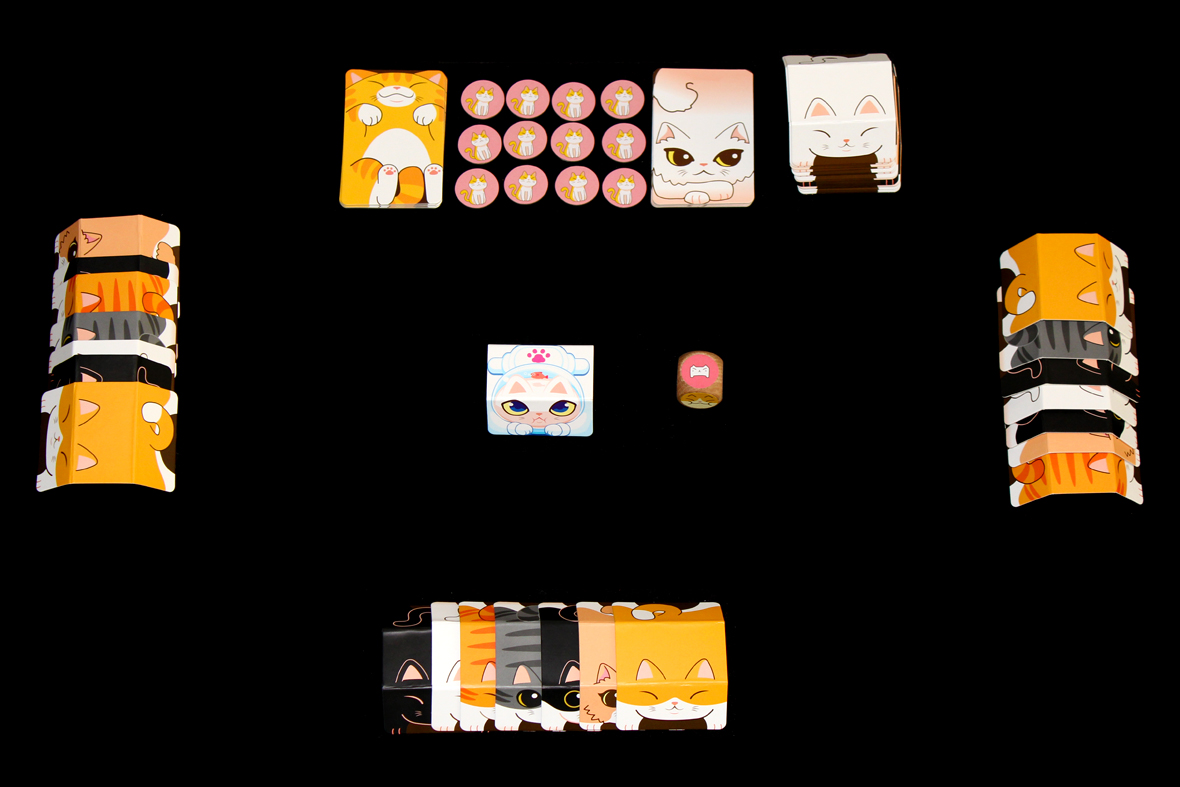 The game is played over a series of player turns, ending when one player has completely run out of cats.

On your turn, you’ll roll the die and follow its instructions:

If, at any point on your turn, you knock the tower over, you immediately take two cat cards. Add them to your stash. If you were particularly unlucky and there was a Catty Fatty token on the tower that you knocked over, you take three cats, total.

Play continues until one player is out of cats, at which point, they win!

No real differences, here. Might mean that it’s harder to stack the tower on your individual turn as the player count increases, but that’s about it.

It’s a dexterity game, but lemme see what I can come up with.

Overall, I like Cat Tower! There are some weird idiosyncrasies to the game and a few things that make me scratch my head, but I find that those don’t meaningfully detract from the fun of just stacking up some cats, having them fall over, and then repeating the process until someone wins. I generally am a pretty big fan of dexterity games as well (given my known love of Ice Cool), so all-around I’d say that I have a lot of fun with this. I’d recommend giving it a try!