Full disclosure: A preview copy of The Neverland rescue was provided by Letiman Games. Some art, gameplay, or other aspects of the game may change between this preview and the fulfillment of the Kickstarter, should it fund, as this is a preview of a currently unreleased game.

You know, if you had asked me to review a Peter Pan game, it’s really not the first thing I’d go for, thematically speaking. Not a hundred percent sure why, but it definitely doesn’t move me the way that say, penguins or an aggressive CCG simulator does. Really don’t know; I was talking about this with a friend and he felt similarly. Maybe it’s a thing? Dunno.

Anyways, in The Neverland Rescue, you play as Peter Pan trying to rescue his friends from the villainous Captain Hook! Or, at least, one of you does. The other gets to flip the script and try to capture Peter Pan and the Darling children as Hook and his crew of pirates in an asymmetrical game of set-collection or deduction, depending on who you are! Will you save Neverland, or accomplish your goal and capture Peter Pan and his friends? What is Hook’s goal, anyways? I mean, not in the game. Like, he captures Peter Pan and then what?

I’ll think on that later. Let’s get to the review.

So, you’re playing an asymmetrical game. First, decide who will be Peter and who will be Hook. If you have a third player, well, it’s a two-player only game, but let them be Rufio and just kind of chant their name every now and then. 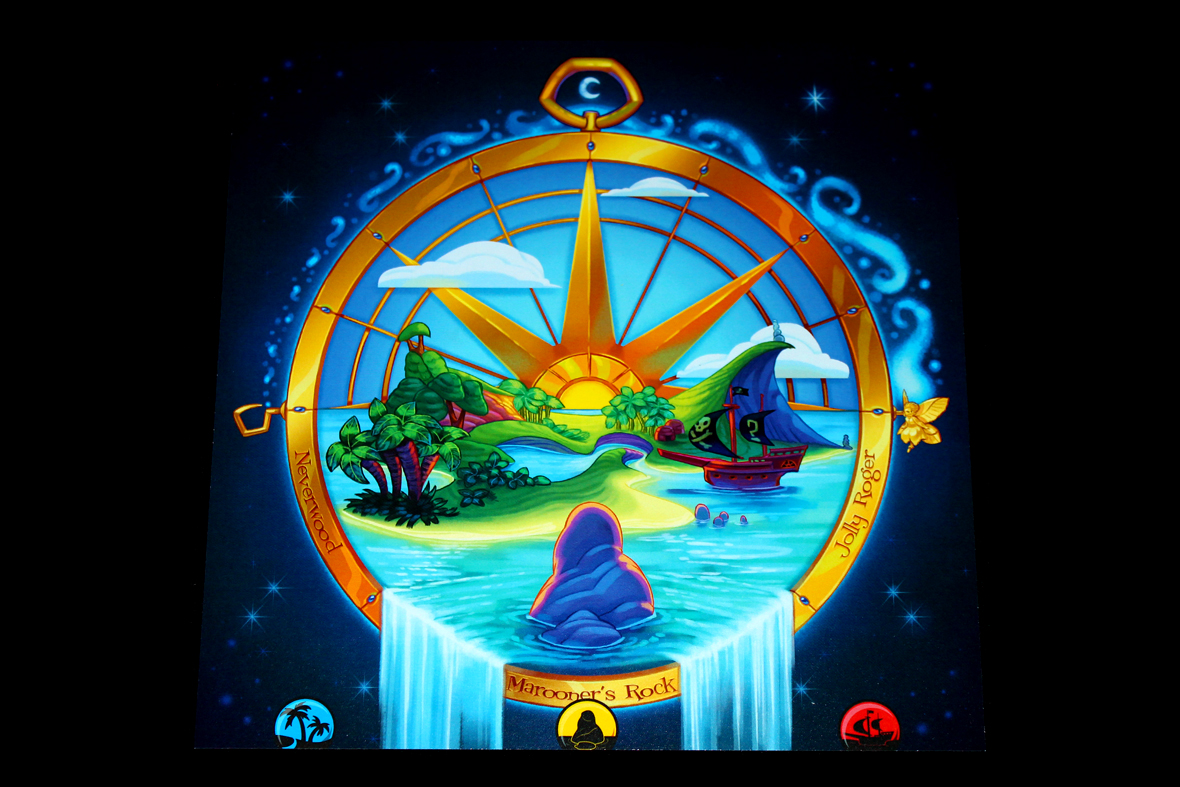 That tracker represents how much kids believe in fairies. If it gets to one side or the other, that player instantly wins. More on that later.

Give Peter the Peter token, along with his Companions: 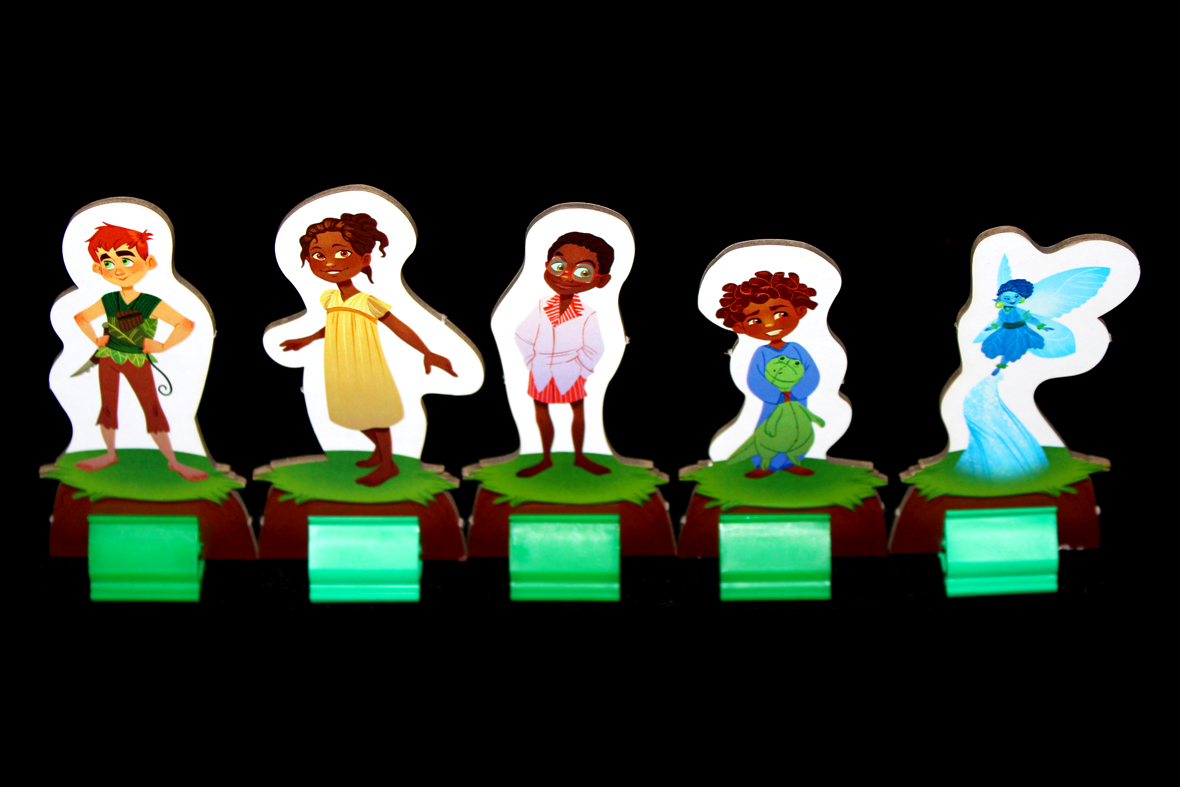 And have Peter shuffle the Hideout Tiles and take 5: 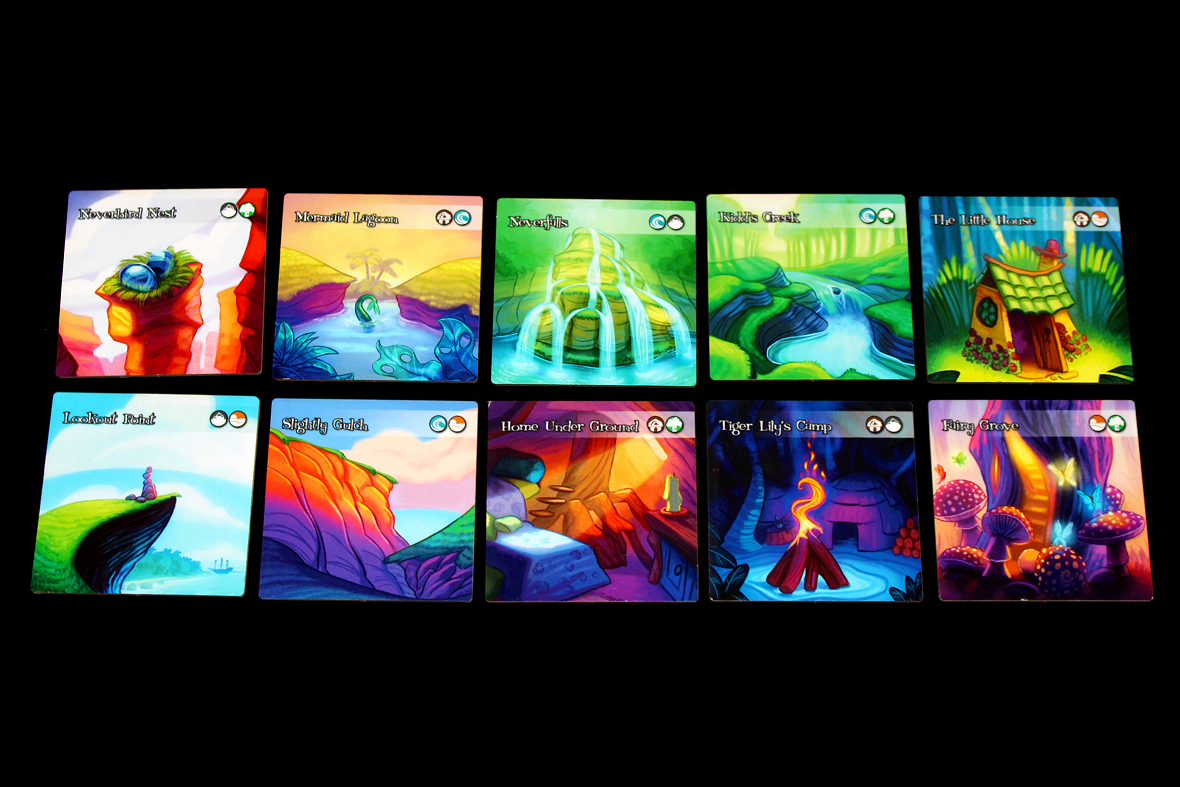 The Hideout Tiles should be placed facing Peter, so that Hook can’t tell what they are. Assign Peter a victory condition with one of the friend cards:

They tell Peter who he needs to rescue. Finally, give Peter all the Clue Tokens:

Now, give Hook the Hook token, along with his Pirates:

Hook will only be able to use three, so take Hook and pick two at random. I generally like Smee and the Pirate That’s Dressed Like Hook For Some Reason, but, random.

Shuffle the Neverland cards into one deck: 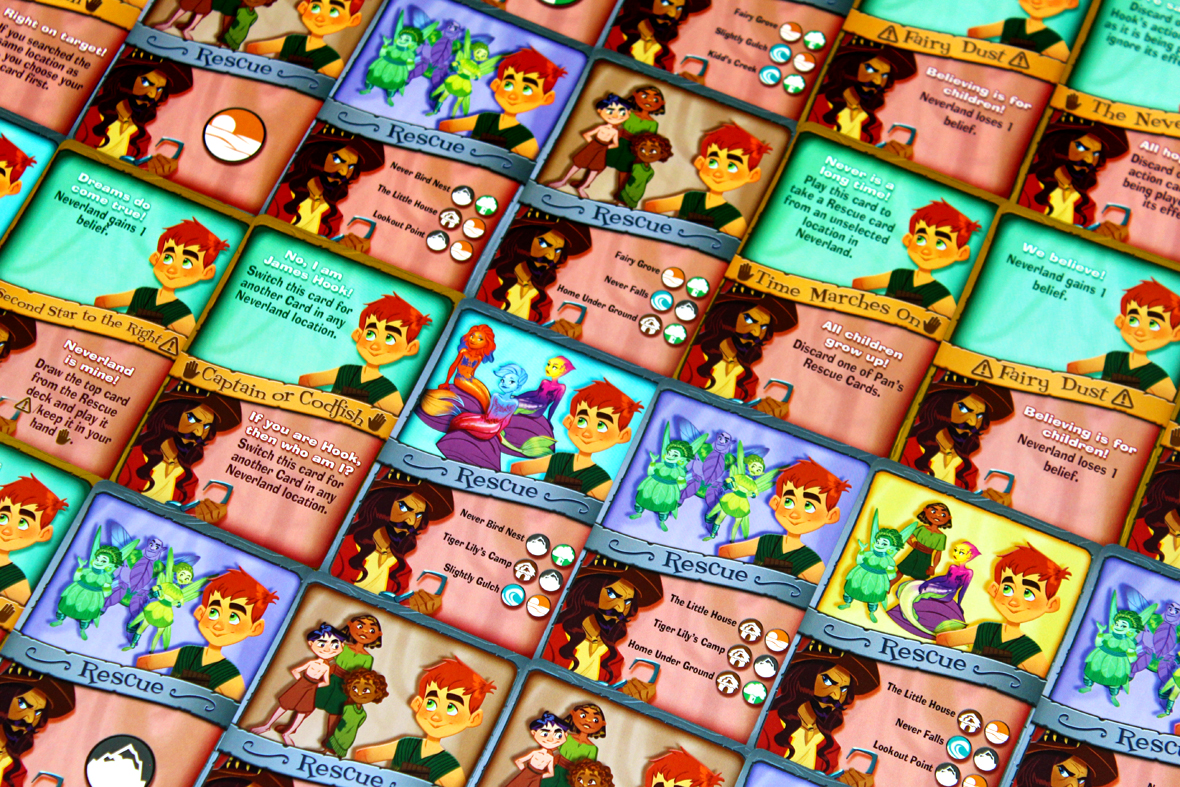 And give each player a reference sheet (they’re double-sided, so you know what your opponent can do). Once you’ve done all that, you should be ready to go!

So, uh, like I said, this is a two-player asymmetrical game. Similar to Vast, the two players have vastly (pun intended, yes) different abilities, turns, and victory conditions. Thankfully, it’s a shorter game, so it’s not that hard to get to the table (though I would recommend Vast; it’s a lot of fun).

Generally speaking, Peter wins when he rescues 5 of his friends and Hook wins if he correctly raids 5 of Peter’s hideouts. Peter’s Companions can help him once each before they become Exhausted (more on that later) with their abilities:

Hook also has his Pirates, who have abilities they can use should they successfully catch a Companion:

The Belief Track tilts in one player or another’s direction and should a player get the Belief token all the way to their side, they instantly win, as well.

Until then, the game’s played over a series of rounds, interweaving between Hook and Peter taking actions to try and advance towards their victory condition.

The game continues until either Peter Pan or Captain Hook wins!

Two-player only. I feel like I’ve been reviewing a lot of these, lately. Maybe it’s all The Lady and the Tiger reviews, but, I mean, it’s a good niche. Lots of fantastic two-player games.

Since it’s purely asymmetrical, the advice won’t generally apply for both players; I’ll indicate which character I’m talking about. 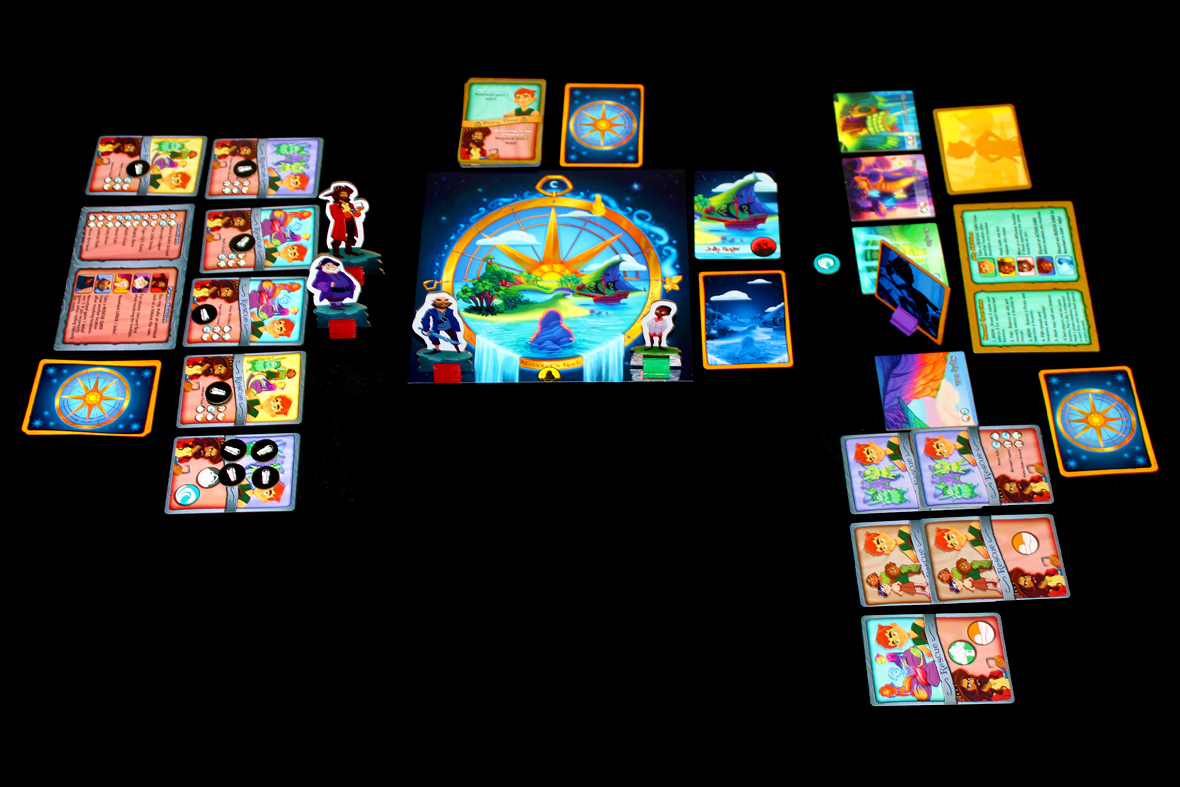 Overall, The Neverland Rescue is a lot of fun! I feel like it’s the right kind of game to give to my deduction-game-loving friends while still having a non-deduction element that’s not particularly as heady as Fugitive. Sure, the information overload is real for Hook and I wish there were ways to filter it out a bit better, but I have some friends that really like processing complex information, and I’m a sucker for a set-collection game, so it’s a doubly appealing title. There’s a fair bit going on, but it’s well-contained enough that it’s not too difficult to digest, either, so this is a nice, light asymmetric game that I think does a good job of showing how much fun asymmetric gameplay can be. Also, I can’t not recommend it artistically, as Jacqui Davis’s art once again is absolutely stellar. If you’re looking for a bright, fun, and not too difficult two-player asymmetric game, The Neverland Rescue is a pretty solid pick!