This should be interesting. Alongside a wave of new box art, Fog of Love launched their first three expansions, allowing players to delve deeper into a number of different types of relationships and adding new mechanics (generally; It Will Never Last did not add new mechanics). I’ll be taking on these expansions for the next few weeks, so let’s start with Paranormal Romance! Since it’s got a significant story component, I’ll be going spoiler-free on this one.

Paranormal Romance is a bit different than your normal, run of the mill Fog of Love stories. When you two met, you instantly felt a powerful connection and realized you were soulmates. You’ve got something truly real, and you’ll have to nurture and develop this relationship over time. The question is, will your love be able to weather anything that happens?

Setup is identical to the base game of Fog of Love, but with some caveats. You’ll be using the Paranormal Romance Chapter Cards: 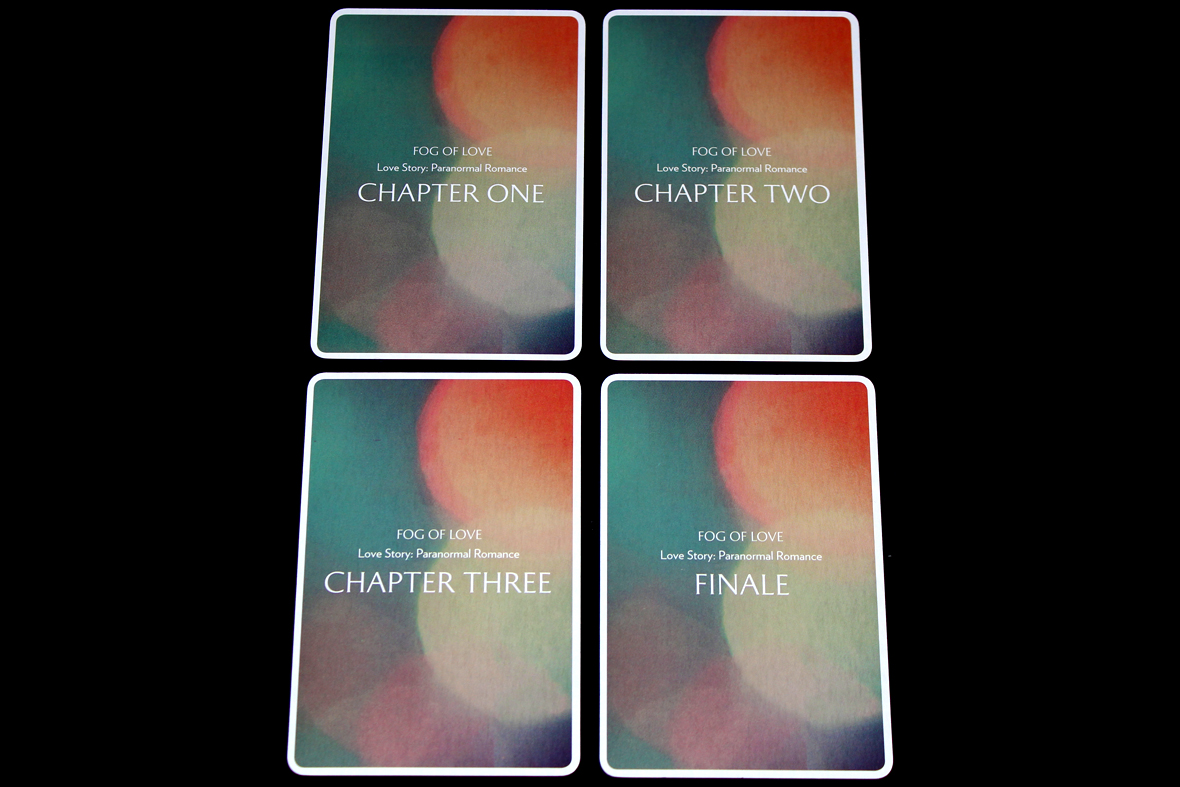 I’ll only show the backs, to avoid spoilers. Also, you’ll see a second set of cards that come with the game:

Do not open them until you finish the game. Seriously, do not do it; they’re spoilery.

Shuffle those in with the standard ones and have a great time. Once you’ve set up normally, you should be ready to go!

The gameplay is also identical, which is helpful. You’ll play the game just like you would play Fog of Love, as this is primarily a content expansion.

The thing is, you may want to play carefully, as this expansion can affect future games of Fog of Love. What does that mean? You’ll have to play to find out!

None, really; there’s only two players. 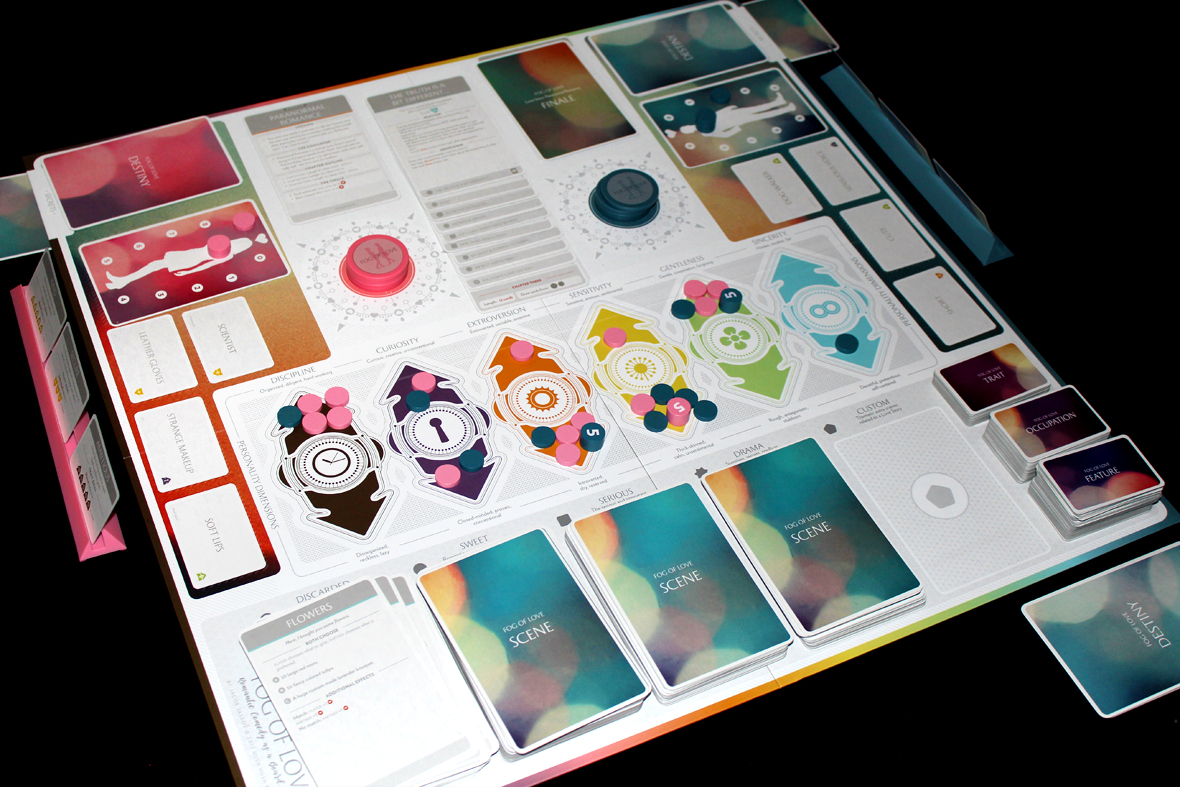 Again, this plays almost exactly the same as the base game, just with additional quirks from the chapters and the finale. Try to focus on the same stuff if you want to be successful, but this is going to add a lot of complication as you move further into the game, so might I suggest one thing:

Overall, Paranormal Romance doesn’t quite land as splendidly as the base game, for me. I would like to like it more than I think that I do, but our runthrough of it was disappointing for the reason I specified and I’m not particularly convinced it’s going to be possible to play it again and still be surprised, since I know what the primary surprise of the game is, now. I don’t think that’s bad and it certainly doesn’t detract from Fog of Love; we actually enjoyed playing through the scenario initially. Our problem was that the follow-up effects kind of detracted from the game we were trying to play and became a bit distracting at best, trivial at worst. For us, they made us feel a bit railroaded, which was disappointing, as I think Fog of Love is at its best when it’s free-form and willing to play fast and loose. That said, I think there’s a lot to like here, especially the additional Occupations (and other fun content), so, I’m unwilling to go much lower than, “it was fine”, as we still enjoyed the games we played, just less than usual. If you’re feeling a completionist instinct or you really like the idea of a mysterious and supernatural love affair, you might have a better time with Paranormal Romance than we did! At the very least, I’m going to enjoy having picked it up for the extra content, so I don’t feel particularly negative about it. If anything, I’m just more excited for the lessons they take from this expansion and build into the next run of content Hush Hush Projects creates for Fog of Love!