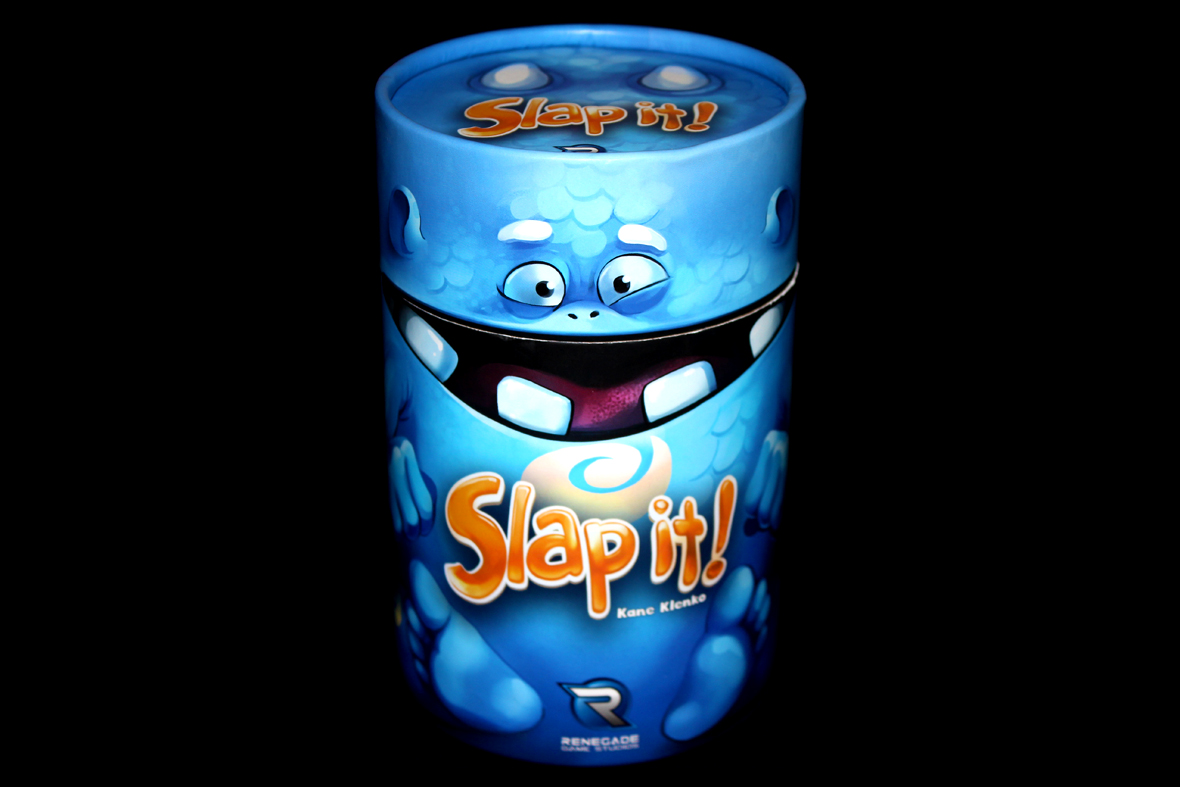 Full disclosure: A review copy of Slap It! was provided by Renegade Game Studios.

So, I was doing themed weeks for a while in January, and here’s another accidentally-themed week — it’s Kane Klenko Week! I don’t know how that happened, but I accidentally queued up reviews for two of his games at the same time. We’re looking at Slap It!, right now, but Cosmic Factory is also available (and reviewed) today, so, check it out if you’re so inclined.

In Slap It!, well, monsters have invaded and they’re probably aggressive, so they’ve called you in, the toughest monster expert in town to go and slap them. That is 100% apparently just how you respond to monster situations, and clearly since they’ve brought you in, you’ve been successful in the past. I have so. many. questions. and yet, no time to ask them. You’ll have to compete against other upstarts seeking to out-slap you if you want to be successful, I guess. Will you be able to slap the most monsters?

Not much of a setup. Shuffle the cards: 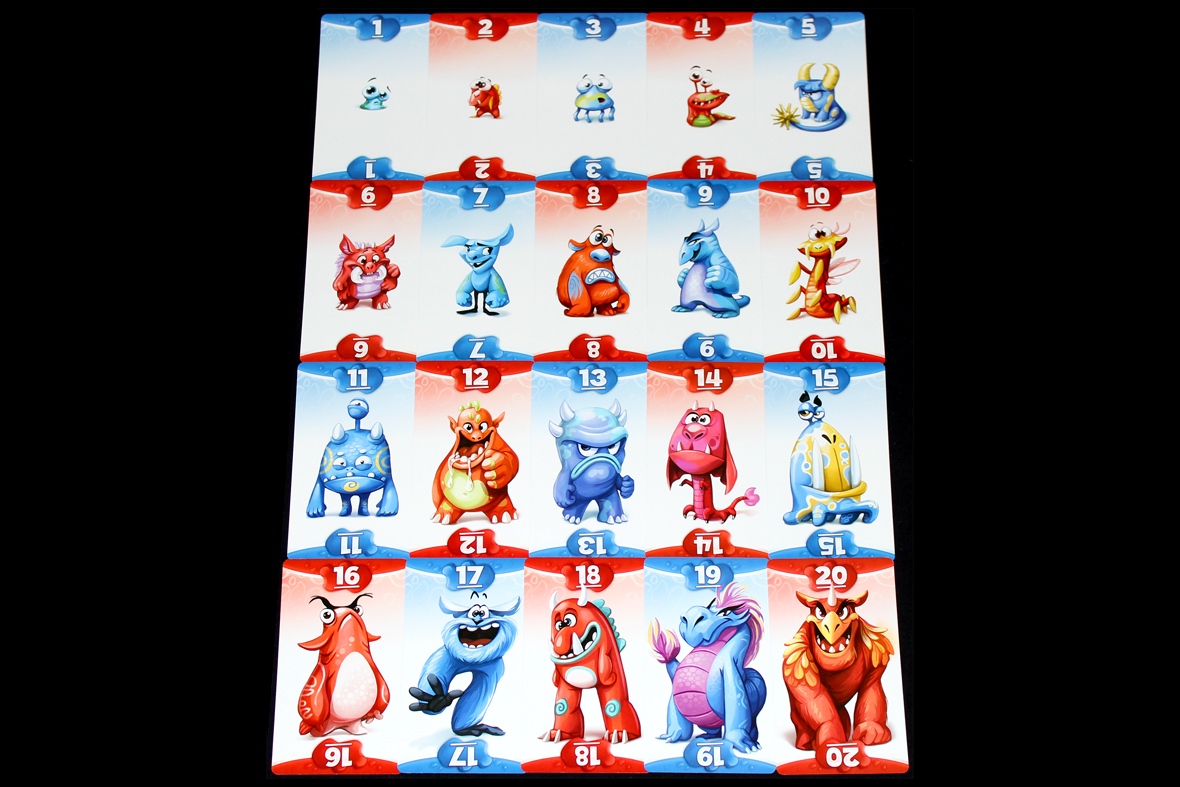 Lay out 6 (or 8, for a harder game) in a circle and set the deck nearby. In the middle, put the arrow disc, either side up: 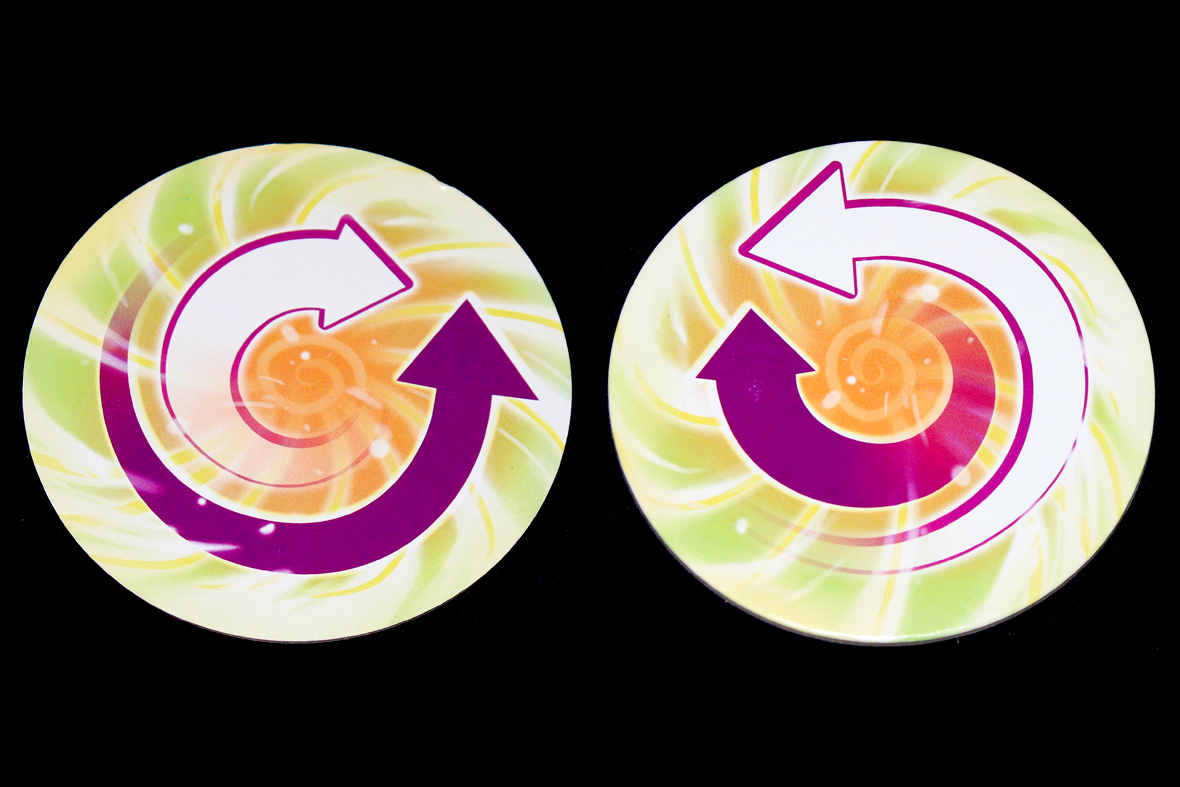 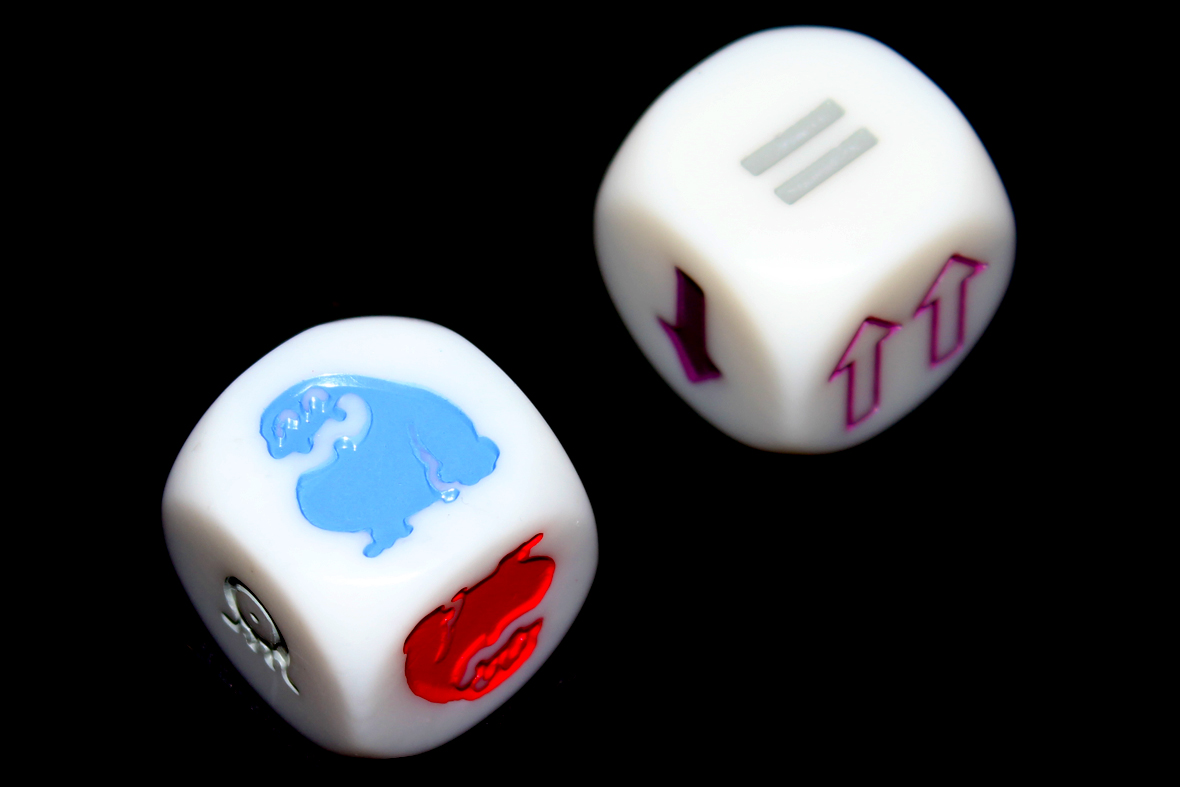 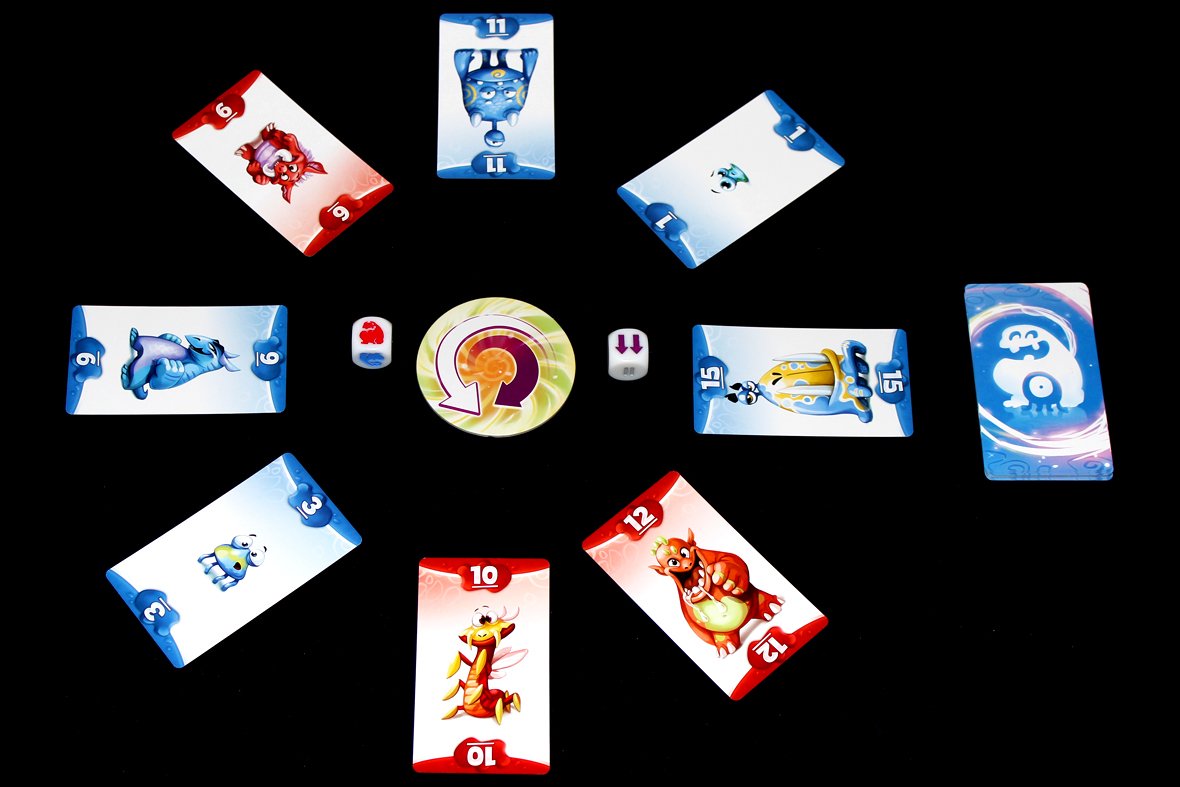 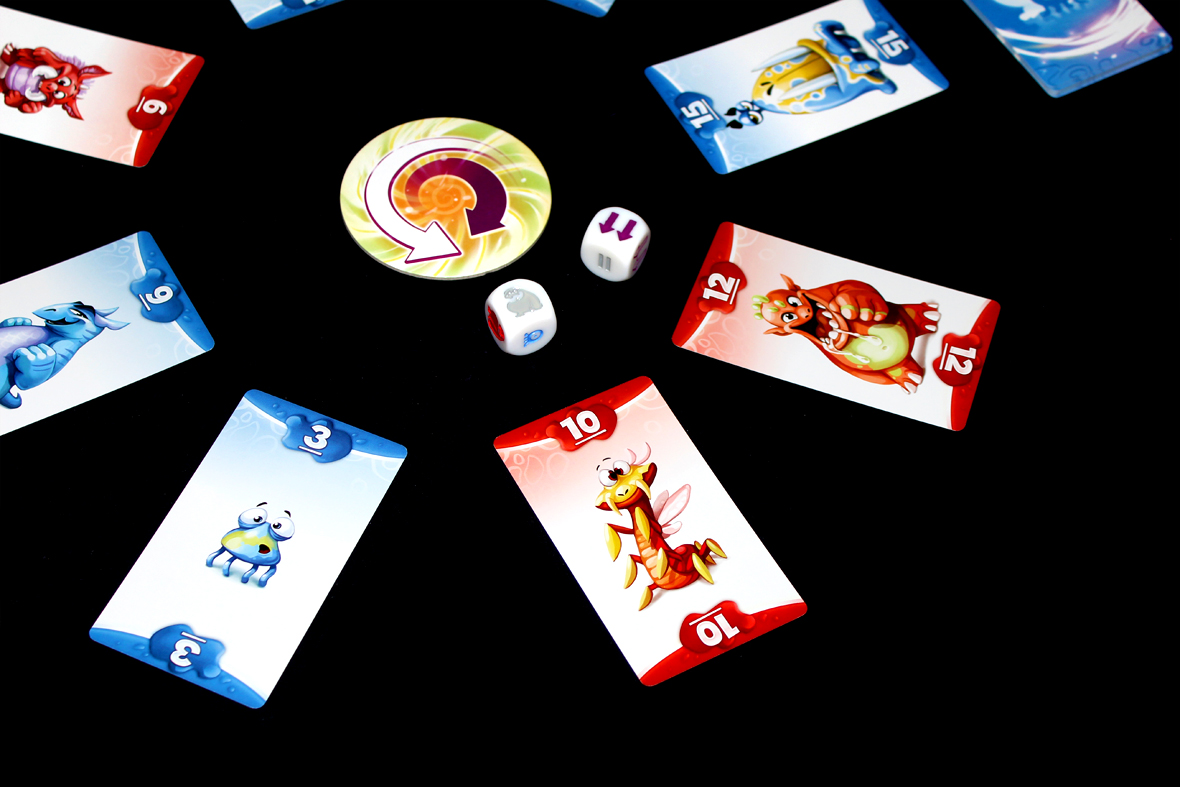 There’s not much to the game, practically. All play happens simultaneously. You roll the dice, and then do what it says. Each die has one of six faces: 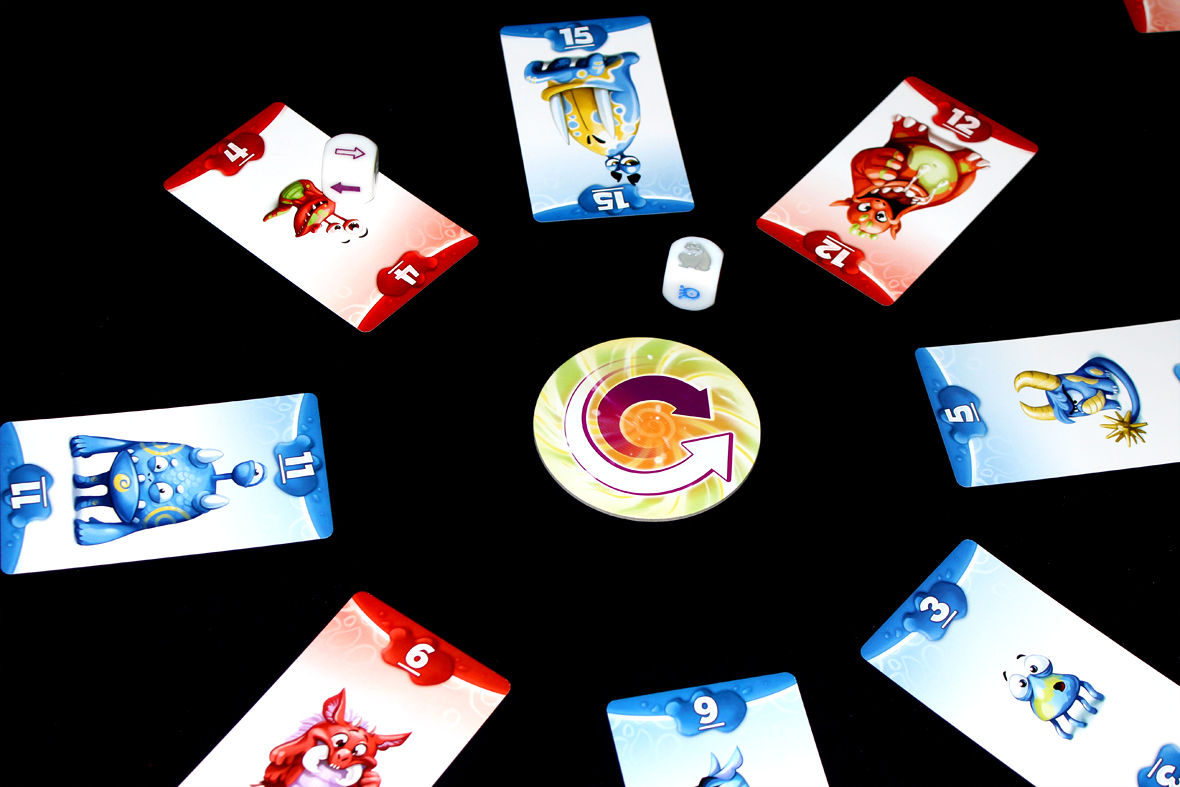 Those combinations indicate which monsters you need to slap. For instance, I could have to slap the monster two away from the largest red monster in the white direction. The arrow tile is double-sided, so that might be clockwise or counterclockwise depending on which side is up. All players simultaneously try to slap that monster as quickly as possible; the first person to slap it takes it. If there’s a tie, discard it from play, reveal a new one, and roll again. There’s no penalty for an incorrect slap (though, to prevent malicious play, players may only make one slap per round). Then, pass the dice to the player on your left; they roll next. 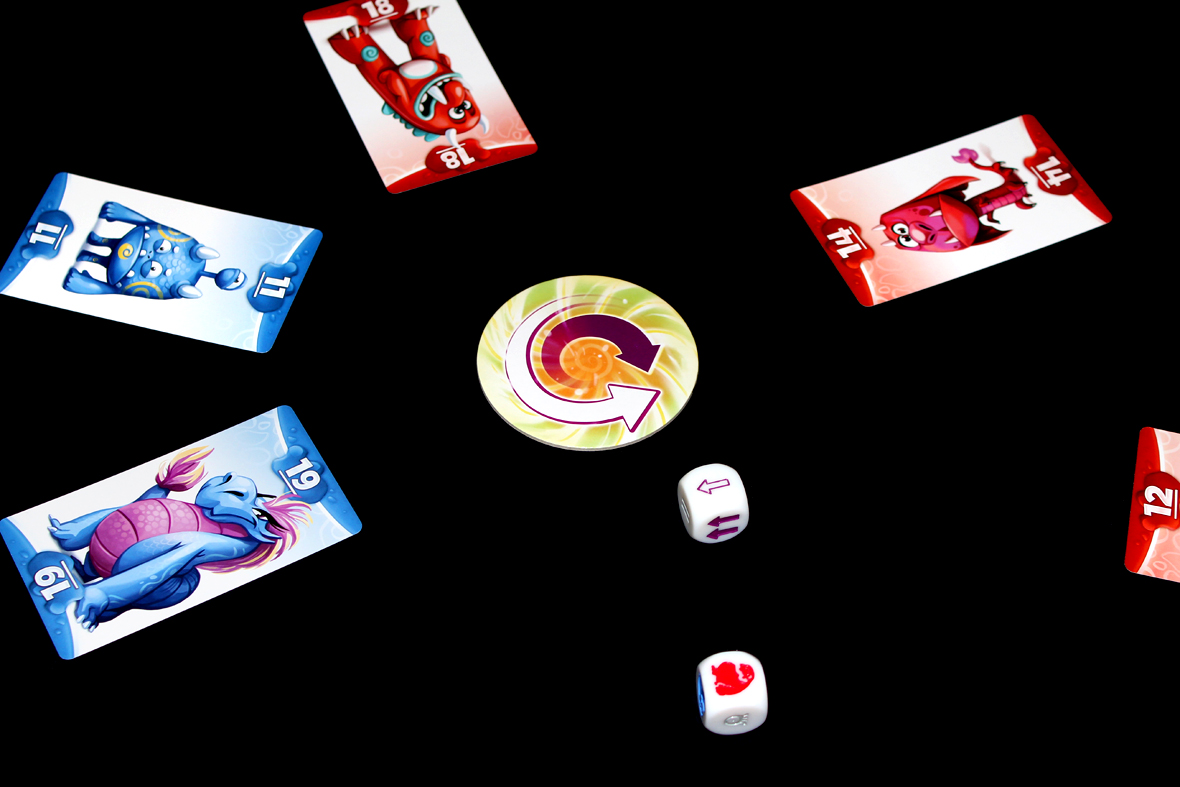 The game ends when only two monsters remain. The player who has taken the most monsters wins!

It really depends on whether or not you have a table that can accommodate everyone — I played at a higher player count and my table was a bit long, so a couple players didn’t have quite as good of a vantage point as others did. Additionally, new players take a few turns to get into the flow of the game, so, this game can boil down to some experienced players scoring points while new players watch, which isn’t super awesome. Maybe let the experienced players sit out a game? It’s not that long.

Anyways, if you have a square or small circle table, by all means, go for it. Otherwise, I mean, I really enjoy it at two players. It’s fast and silly and very challengingly competitive. Everything you want from a solid two-player game. 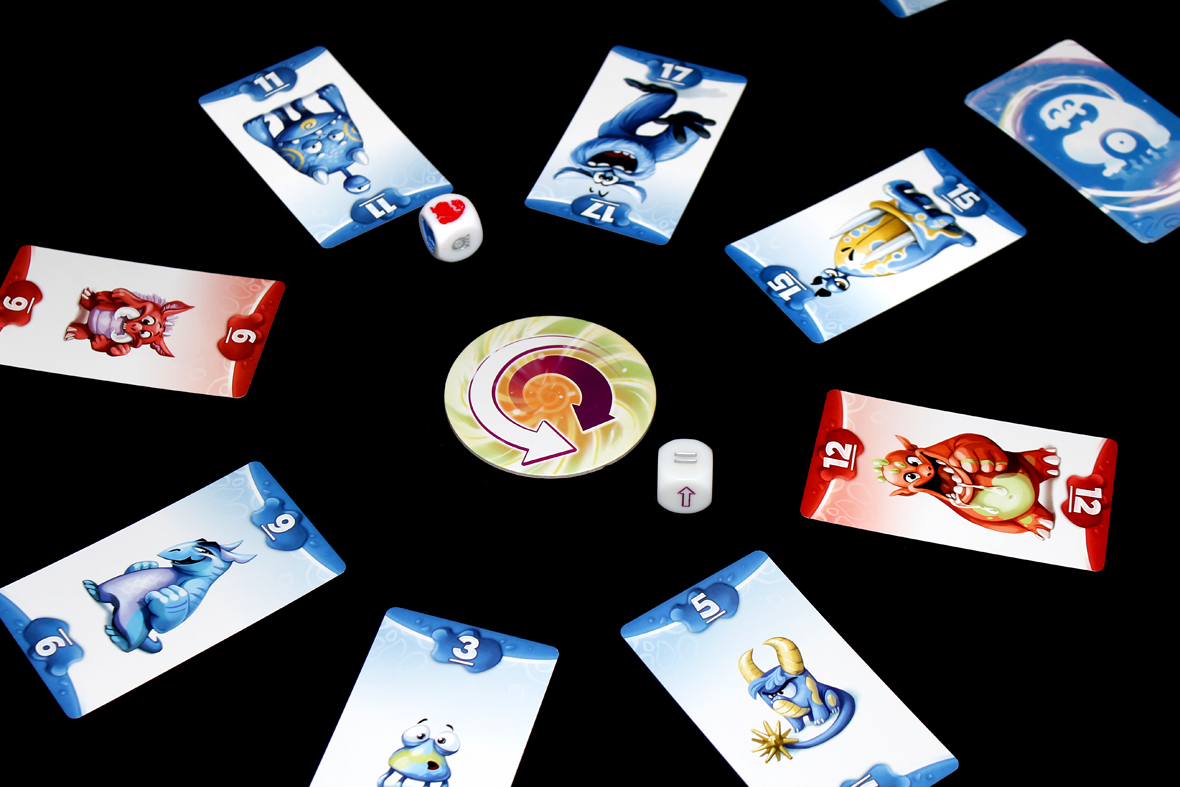 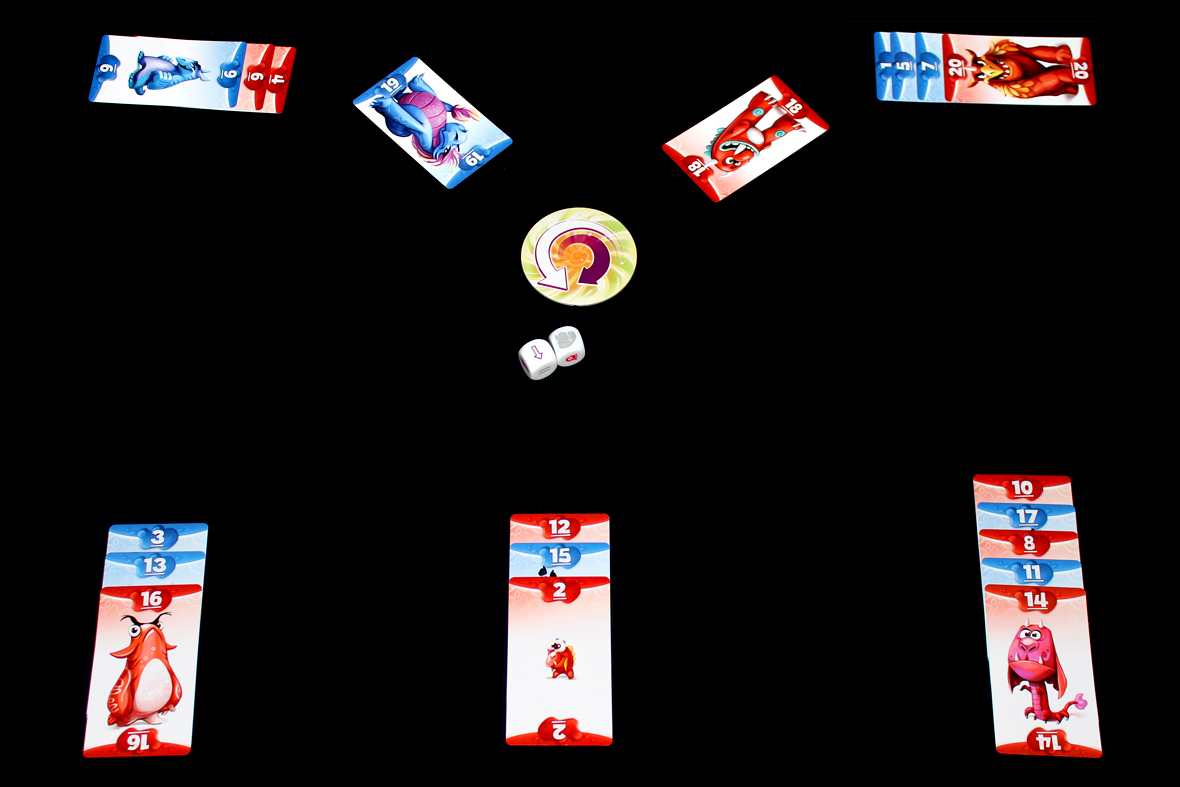 I mean, Slap It! isn’t the like, smartest, most intellectually challenging, most strategic game in my collection, sure. You’ve got me there. But it’s fun as heck, so, it stays. At two players, it’s this weird sort of dice-based standoff where I spend half the game laughing and the other half slapping the table too hard and getting upset with myself for doing that because I got too excited and whack and now my hand hurts. At higher player counts, well, I’m not as enthused unless we have the right table size and everyone knows how to play. Once that happens, yeah, it’s gold. But that’s fine with me; I’ll just keep it in my two-player arsenal. Plus, it’s great family-friendly fare, so I can play it in a lot of contexts without much issue. If you’re looking for that kind of game or you just like dexterity games in general (like I do), Slap It! is a cute one worth checking out, for sure. I just wish it came in a box.