Full disclosure: A review copy of Cosmic Factory was provided by Gigamic.

Like I said, it’s Accidentally Kane Klenko Week, here at What’s Eric Playing?. Weird coincidence, but happened to get two review copies of games he designed, so, here we are. This used to be known as Kaosmos, but was recently renamed to Cosmic Factory. I don’t really have a lot of opinions on game names; just kind of reporting that one as a fact.

In Cosmic Factory, you’re doing a bit of Nine Tiles and a bit of Kingdomino as you create a nine-tile galaxy each round. The trick here is that the Kaos will influence how you build, and asteroid paths will block off certain systems. Just don’t let any one type of planet score too little, otherwise you’ll pay a hefty price. Will you be able to create the ideal galaxies? Or will they just end up being a waste of space? 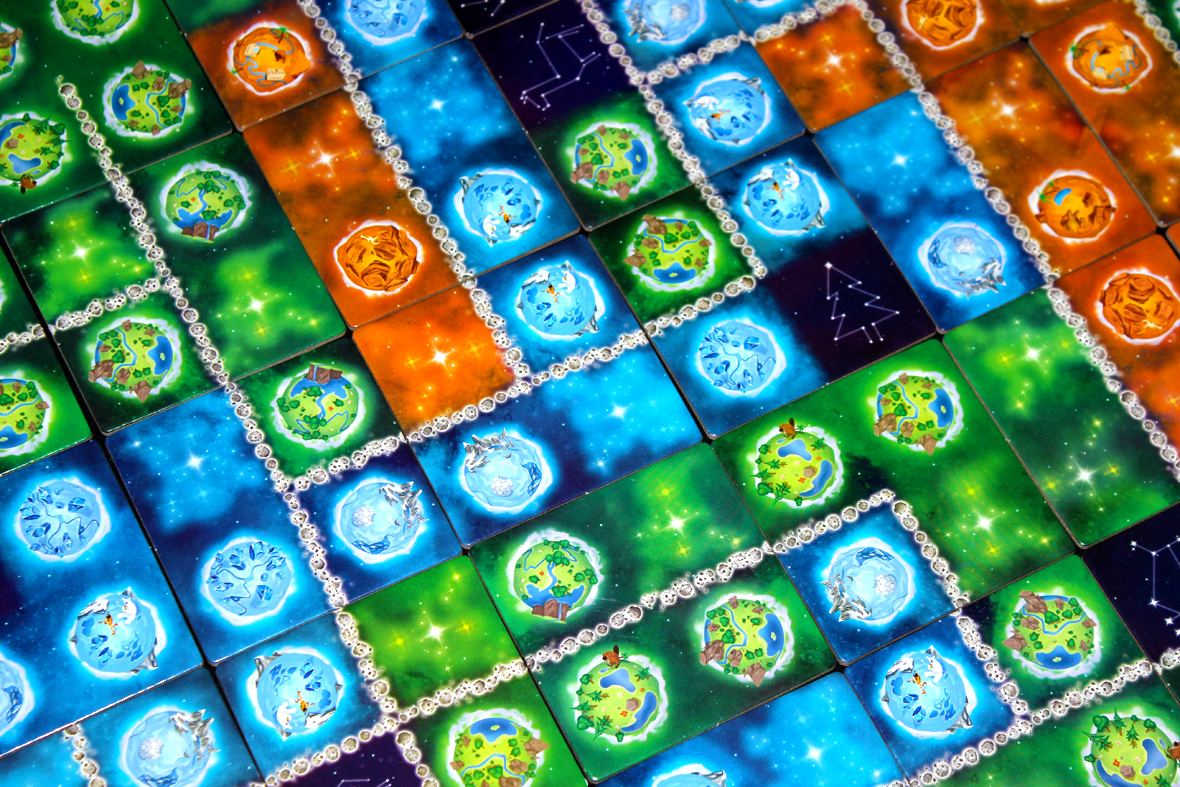 And throw them all into the provided bag: 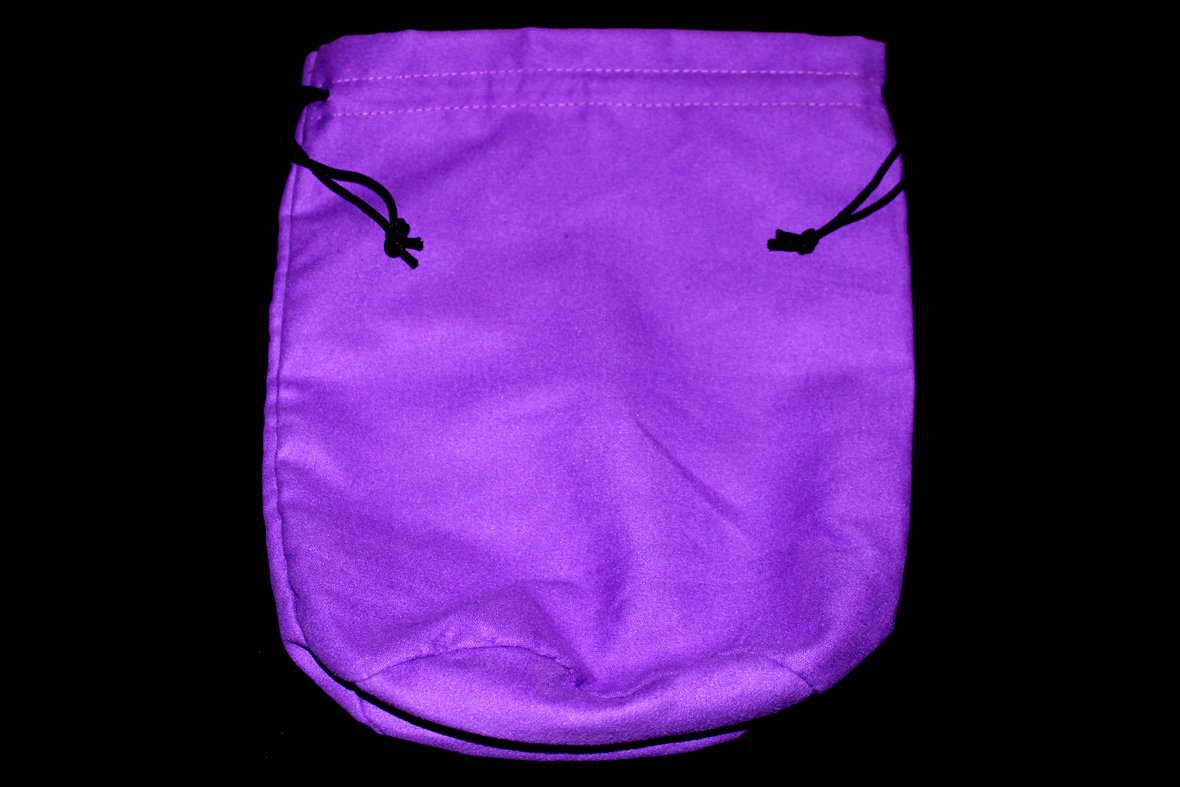 Along with three planet tokens (one in each color) and a star token:

They can go off the board, for now. Shuffle the Kaos cards: 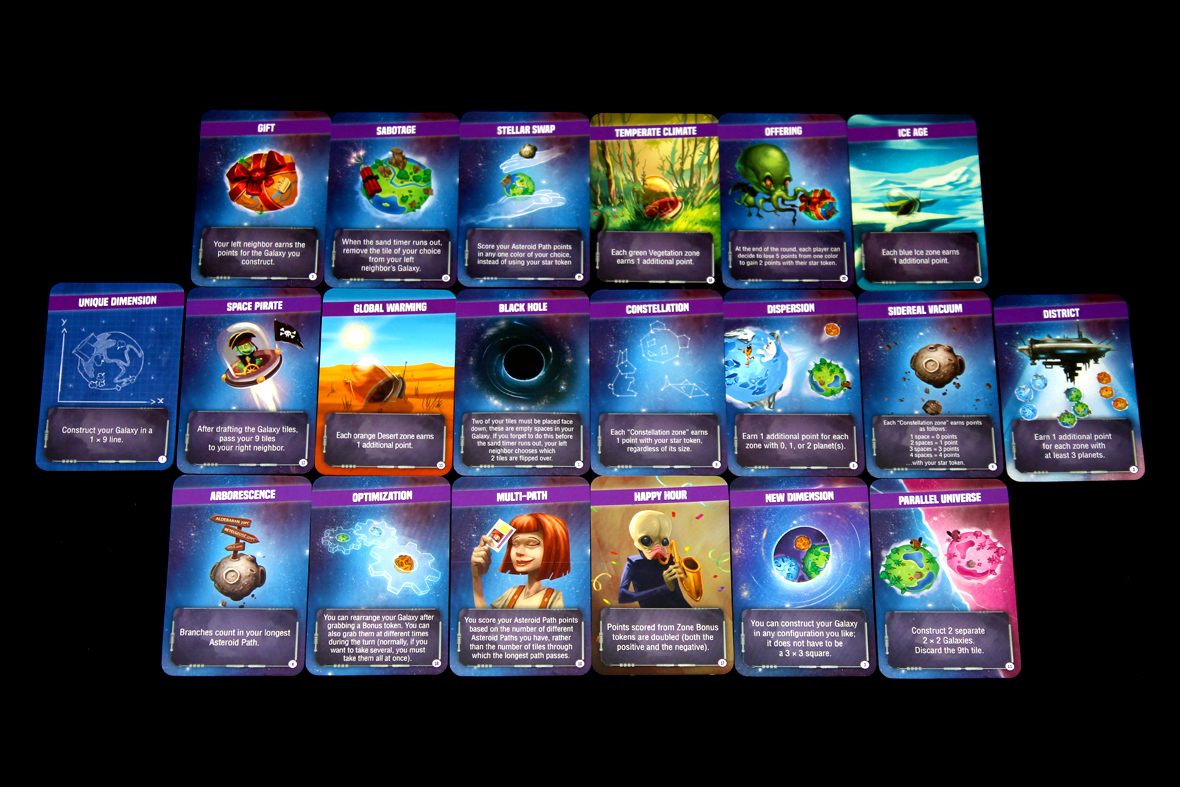 Take 5, set them in a line within view of all players, face-down. These are the round modifiers for each of the five rounds. You can remove the rest from the game. Set the sand timer nearby, as well. 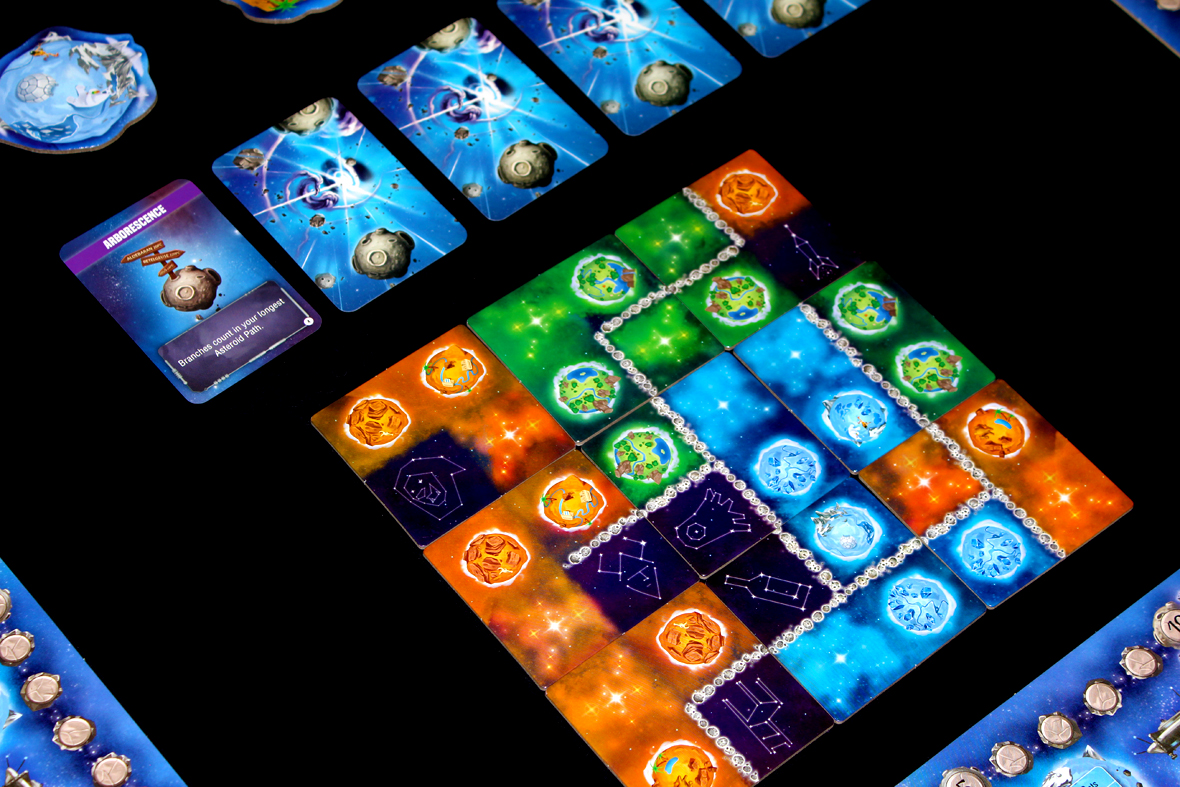 Cosmic Factory is a real-time game of galaxy construction. Each round, you’ll draft nine tiles, and then put them into a galactic configuration (usually 3×3, but not always!) that best allows you to score. You score each zone (and your longest path of asteroids) individually over each of the five rounds. At the game’s end, however, your total score is your star token’s value plus your lowest color value. Sort of a Between Two Cities thing going on, there. Let’s cover play in a bit more depth.

Like I said, at the start of a round, you’ll reveal the Kaos card affecting the round. Some give you bonus points, some let you build weird galaxies, and one lets you build a galaxy for an opponent, effectively challenging you to score as little as possible. Cruel, but efficient.

After you reveal the card, every player should take nine tiles from the bag. Good luck taking exactly nine, but what can you do. Newer / younger players can skip the draft and just take nine without looking at them. Experienced players should then take three, place them face-down, and then pass tiles to another player, as follows: 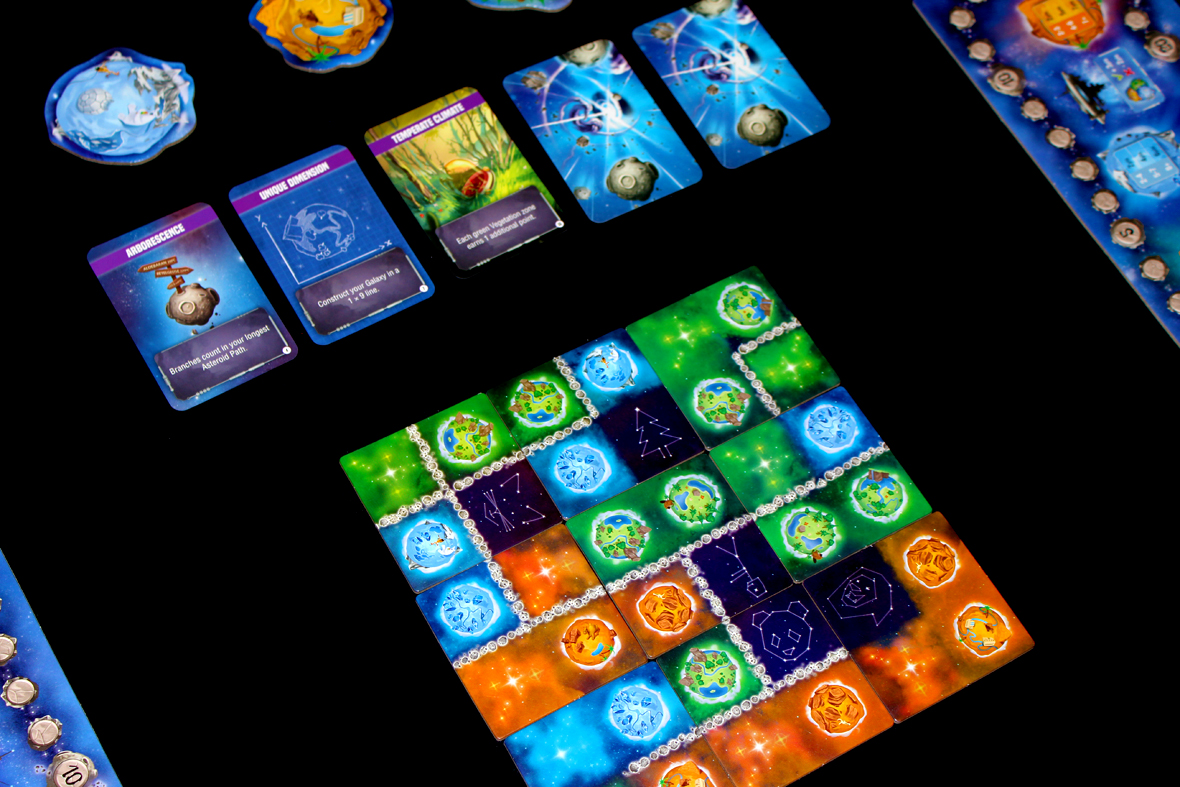 There are no placement rules for tiles in your galaxy (beyond a general 3×3 requirement), but you may want to check to see how the various zones (green, blue, orange) score, as they are not the same scoring. Keep in mind you get bonus points for your longest asteroid path, as well, so it might be worth working on that. Just make sure you’re done before time runs out, or you’ll have to add tiles to your galaxy at random. If you think you’re done, you may also grab as many of the bonus tiles from the center as you want. Once you do, however, you cannot modify any part of your galaxy.

Once time runs out, score! Move your various tokens up on your player board according to how much you scored for each color / your Asteroid Path. If you hit 30, you cannot score more with that token; maybe focus on the other ones? Additionally, for each Bonus Token you took, score 3 points if you have a single zone with more planets of that color than any other player (or tied). If someone else has a zone with more planets of that color, lose 2 points.

There aren’t any meaningful ones; the draft doesn’t change much at higher than three players, since you still won’t get any of your original tiles back; it’s just essentially random what you end up with.

The major point of contention will be around the bonus tiles, but hopefully you’re a quick enough scan that you can make sure that you’re not going to clown yourself by taking one that you’re not going to be able to win. That will become more challenging as the player count increases. Beyond that, it’s kind of impressive that it can scale to 6 players, so, props to them.

No real preference for player count.

Overall, Cosmic Factory is a lot of fun! Intriguingly, my normal game group seems to like it a lot more than I do (which is totally fine, but usually I’m the positive one). I think they really like the combination of path-building and tile-laying, which I’m also really enthused about, and I think that the Kaos cards add a really nice layer of variability that’s similar to Landmarks in Dominion: Empires. I kind of wish a lot of games had cards like that that change the basic conditions up enough to keep things fresh from game to game. The nice thing is that future expansions can just add more of those with extra features (a la Santorini: Golden Fleece) and breathe a bunch of additional life into the game. As it stands, there are probably other real-time tile games I like a bit better (Eco-Links is still probably my favorite out of the set), but this is certainly a fun one as well that I’d definitely recommend. If you’re looking for a space-themed real-time tile-laying game (or any one of those things in particular), I’d recommend checking out Cosmic Factory!