Base price: $25.
3+ players. You can use additional sets to add more players without much trouble.
Play time: 20+ minutes. No real time constraint, either.
BGG | Board Game Atlas
Buy on Amazon (via What’s Eric Playing?)
Logged plays: 10

I’ve been on a kick of reviewing games I actually paid for, lately (what a novel concept) (also I just haven’t been able to play that many review copies lately; been a busy January), so, naturally, I figured it’s the right time to expand on my mini-review I did for Bebo over at Be Bold Games (you’ll probably see occasional content from me there in the future; the reviews here are highly structured, which sometimes makes certain games difficult to write about). Anyways, let’s get straight to it.

I’m not a big party game person; as I routinely say when someone asks me about a party game, what kind of person has more than three friends? Let’s see if this one can change my mind, though. Just One is a cooperative party game of word-guessing and clue giving, with the always-present limit: just. one. Players team up to try to help one player guess a word using whatever they can think of. Will your team be able to get a winning score? Or will you be just one point short?

Not much setup; shuffle up the cards: 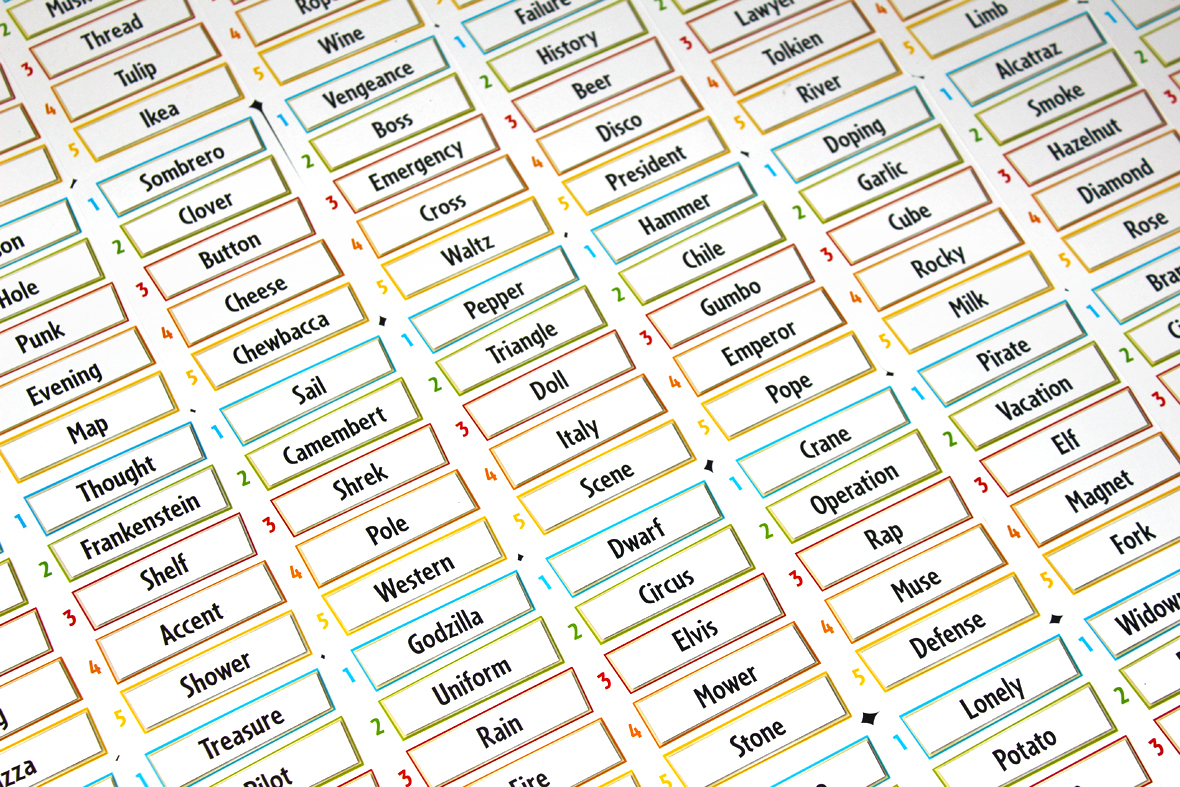 Set out 13, face-down, if you want to play by the standard rules. Give each player a markerboard placard thing:

Also give them markers:

In Just One, players cooperatively attempt to get the guessing player to guess the correct word on the card by giving them clues, cooperatively. However, any of the clues match between players, the players must erase them. Guesses can result in positive or negative points, and at the end players tally their scores to see if they won!

So, to that end, have the guessing player write a number between 1 and 5 on their placard. If you don’t have cards, you could also just use a random card from Codenames, if you want, or a variety of other things.

All players must then secretly write just one word as a clue on their placard. This can be anything, provided it doesn’t break any rules: 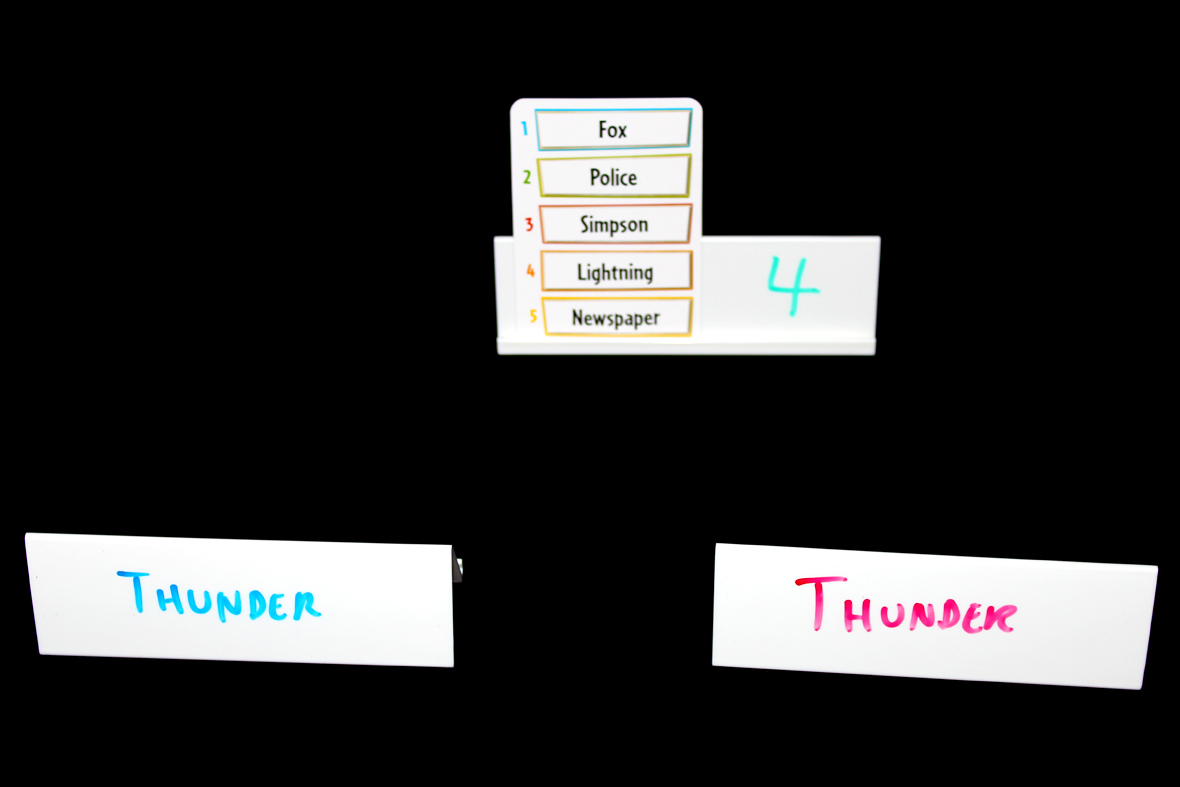 Once everyone’s written down a word, the guesser closes their eyes and the cluing players compare. If any words match, they must both be erased. Matching words, for reference, are:

Once all the clues that need to be erased have been erased, the Guesser opens their eyes. They can either Guess or Pass:

What do you think the word is? Guess in the comments below!

Play until you feel like stopping, or 13 rounds, if you want to play via the standard rules. Once you’ve done that, you can score: 7 points or better is considered a win!

None, really; you’re just as likely to collide with another player at 4 as you are at 14; it’s just more impressive if you manage to achieve no collisions at higher player counts. I mean, above 10, it’s astounding.

I will say at three players, however, each of the two cluing players gives two clues rather than one. Obviously, try not to match with yourself.

No preference on player count, though I think it’s likely funniest at higher player counts, personally.

Make way for my new favorite party game, friends. Just One is it. I used to think it was Werewords, and I still hold a soft spot for Anomia, but this is the party game I am looking for. Seriously, I don’t like party games and I like this one. It’s engaging, creative, and fast, and it’s cooperative! This works perfectly for me. Nobody’s yelling too loud or demanding that they get the points for the round or just saying something racist while trying to argue that since the game did it it wasn’t them doing it; they’re coming up with quick, smart clues to try and help a friend guess a random word on a card. It’s a simple system with ingenious outcomes and I love it. It’s probably the inheritor to Codenames in my preferred party game list (though I do love Duet at two players). I think the real trick is the cooperative part. Encouraging players to work together rather than on their own is a really smart, quick way to make the game easy to learn (since players will help each other), fun to play (since everyone’s on the same team; no arguing), and generally conflict free (it’s everyone’s fault if words match; no blame can be assigned). I’ll probably be taking this with me everywhere I go, party-wise, so if you’re looking for a rock-solid party game to add to your repertoire, I’d strongly recommend checking out Just One! I’ve loved it.