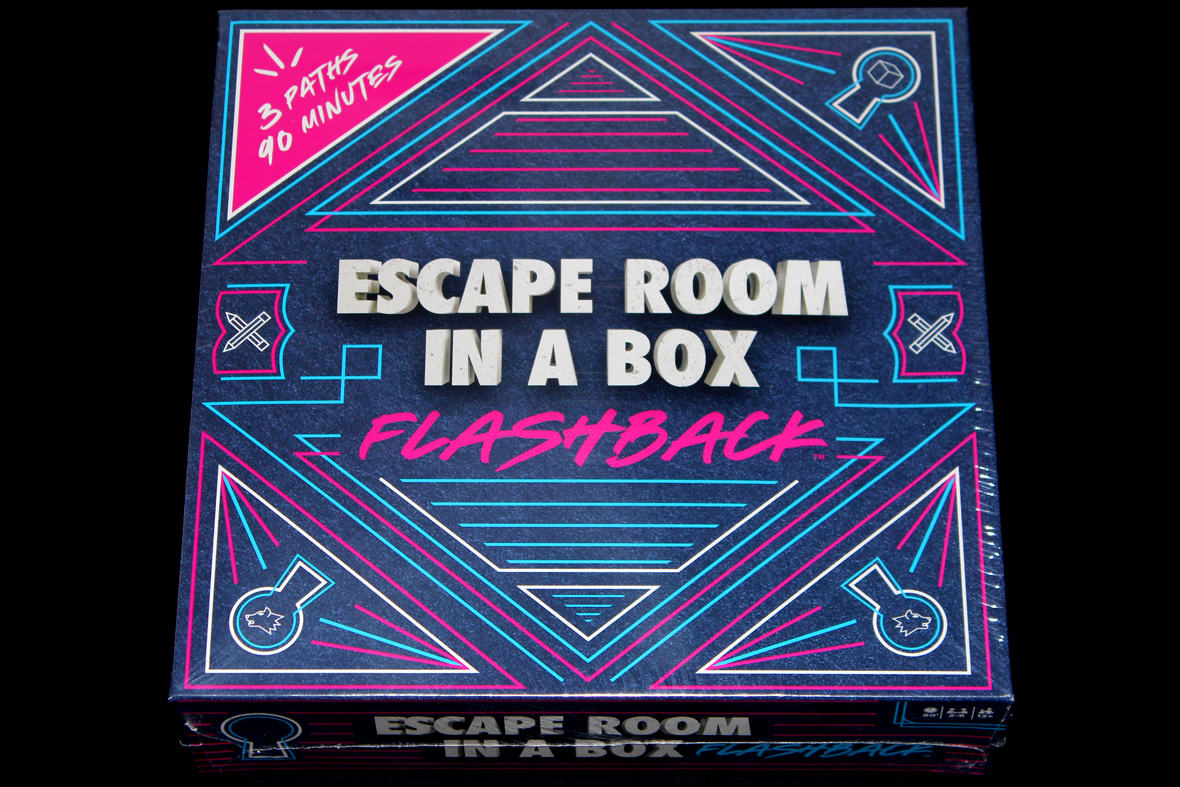 Full disclosure: A review copy of Escape Room in a Box: Flashback was provided by Wild Optimists.

Alright alright alright, we’re doing five reviews a week through Gen Con to try and preemptively clear the queue, probably, is what’s happening. What’s more likely is that I overcommitted in the past and am now trying to make up for that by overfilling my schedule, but what can you do. Thankfully, some reviews aren’t terribly tough to write. Either way, this particular escape room game is similar to Doctor Esker’s Notebook, in that I’ve mostly written about EXIT games but am trying to broaden my horizons, a bit. Let’s dig into it.

In Escape Room in a Box: Flashback, you’re being hounded by an angry werewolf scientist, and your best chances of not getting eaten alive are to figure out a way to turn Doc Gnaw back to her former self. You’ll have to craft an amulet, solve some puzzles, learn some literature, maybe read a poem, and, of course, solve some more puzzles. As you do. Will you be able to craft the amulet in ninety minutes? Or will you just end up devoured?

No setup. Open the box, and you’ll see this: 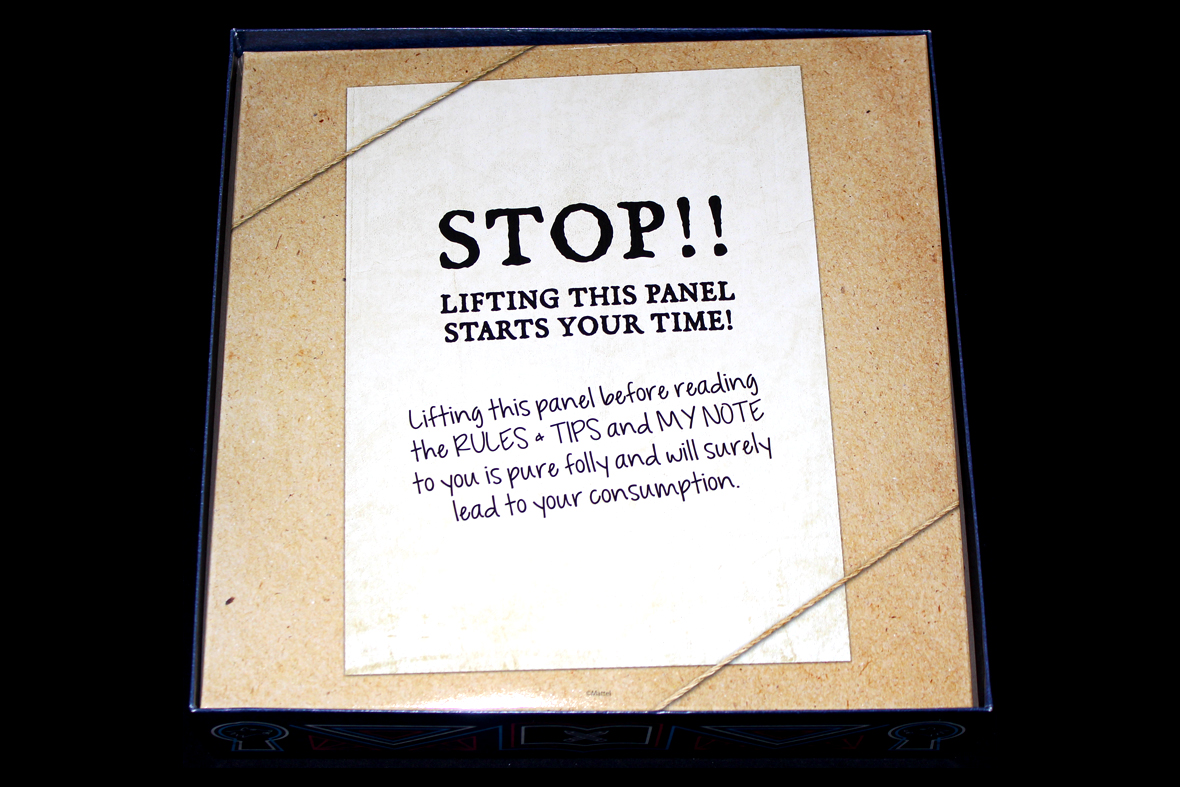 You should grab a pen and paper and you’ll uh, need access to a freezer or some ice water. Why? Mysteries. But you’ll definitely need that, so don’t start the game if you don’t have access to one.

So, this is a pretty common paradigm by now; the escape room game! You will have many puzzles to solve and not a ton of time to solve them. Solving these will reveal clues that are frequently numbers, words, or shapes, generally associated with the problem’s number (P1, P2, etc).

I think the best way to play this is with at least three players. At that player count, you can have groups independently working on each path to try and pipeline the work. At two, you can still do that, but there just aren’t enough people relative to pathways. Beyond that, I’d say three is probably ideal, as I never really found the puzzles required more than one person. If I got stuck, I’d just ask my co-player to trade puzzles with me, and that usually covered our bases.

Beyond that, you’re kinda on your own. It’s a puzzle game, as mentioned; I don’t want to tell you how to solve anything.

Overall, I’m a big fan of Escape Room in a Box: Flashback! I think it’s an absolutely lovely entry-level escape room game that does a nice job of having things in it for everyone. Similar to the EXIT games, it has a wide variety of different types of puzzles, but, it doesn’t hinge on being a single-use game, so you can pack them up, replay them, and even attempt different paths to complete the solution! Just so we’re clear, though, you do have to complete all three paths before the game is done. I really appreciate puzzle games with nonlinear paths, as it helps the game scale to higher player counts without it being a lengthy exercise in watching someone else do puzzle magic (which is less fun). Additionally, I appreciate the three paths having their own themes; it made me feel as though I were playing different puzzle games each time I took up a new path. Some players may not like that you play mostly independently on the path, to which I’d just recommend increasing the player count so that you have two+ people working each path and working together, if that works for you. While I do appreciate some of the more unconventional puzzles, requiring a freezer is in line with The Catacomb of Horrors’s strange requirement for a lighter, and both limit the available environments that you can play the game in. It’s worth knowing that in advance; last thing you want to do is to try and pick this up in a place where you’re going to struggle to solve one of the puzzles because you’re missing a critical component. I know that it mentions it inside the box, but it’s also a bummer to open up a new game and then have to close it because you can’t play it with your current group. I’d like to avoid that, so, here’s secret knowledge. Regardless, I had a blast with this escape room game, and if you’re looking to get started or you, like me, just really like escape room games, Flashback may be a great one to try! I had a lot of fun with it.