Full disclosure: A review copy of Farm Rescue was provided by Brain Games.

Alright, back to work with another game from Brain Games. They sent maybe … five or so games my way, so we’re going to be hearing about a number of those in the coming weeks / months, so that’s fun. They previously published ICECOOL, one of my all-time favorite games, and it’s interesting to see what else they’re pushing out there, since they focus on that nice middle-ground for gaming families. Let’s dive right into another title, Farm Rescue.

In Farm Rescue, you play as assistants to a Farmer who has left the flock unattended. Well, attended by you, so, however you want to interpret that. Why did he leave? Because there’s a wolf trying to get in, and he figures if he can catch it, he can scare it off. Probably accurate. You need to work on a contingency plan and hide the livestock so that you can confuse the wolf, should he get in. The only problem is, you also want to check in on the livestock every now and then, but you can’t always remember where you hid them. Will you be able to protect your animals from a very hungry wolf? Or will you end up sheep out of luck?

Not much setup. Put together the board pieces:

Shuffle the tiles and put them all face-up in a 5×5 grid:

Set out the dice: 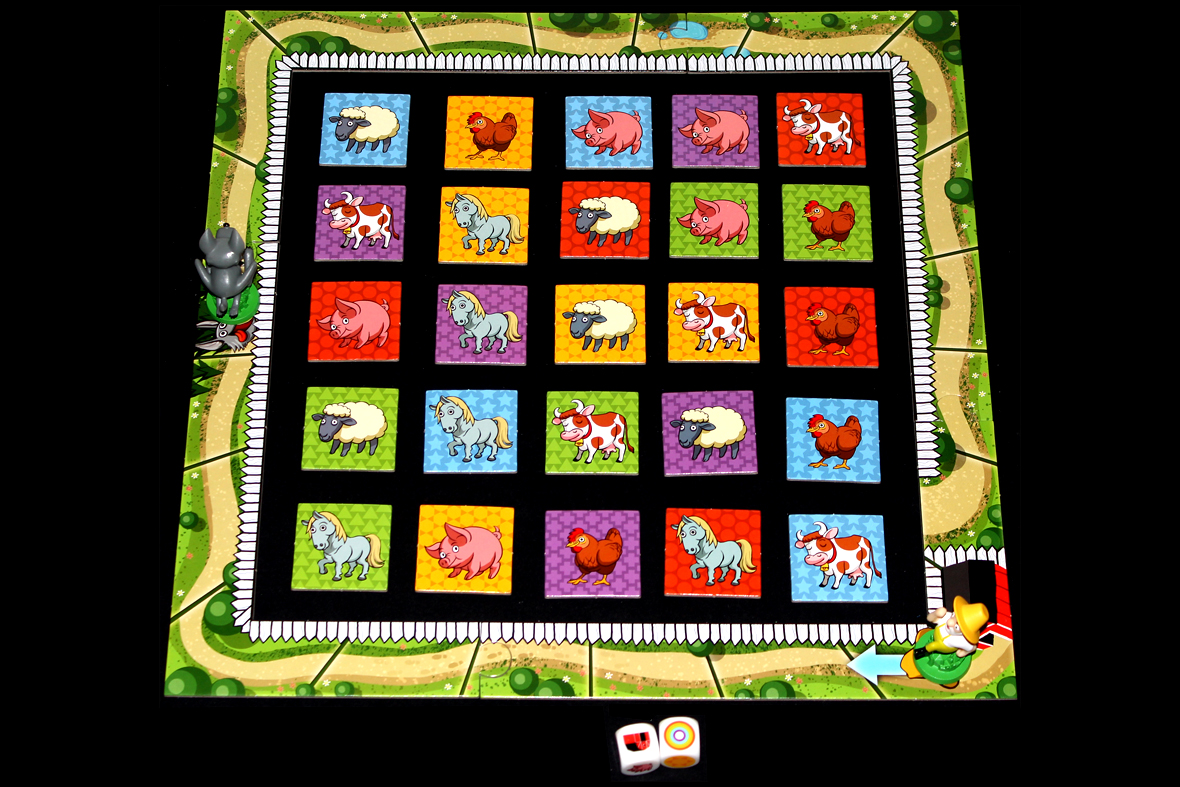 So, in a game of Farm Rescue, you play as helpers trying to prevent a nasty wolf from getting into your farmer’s farm and … well, eating the livestock. It’s got some similarities to Wolf & Hound, but it’s a bit more cooperative and a bit less aggressive cycling. Stop the wolf by either hiding all the animals or catching him before he gets to the farm!

If you roll the rainbow or the farmhouse, those are wild! Rainbow is any color; farmhouse is any animal. That means you can flip down any of the corresponding animals or flip any of them up and try to guess. That’s always fun. 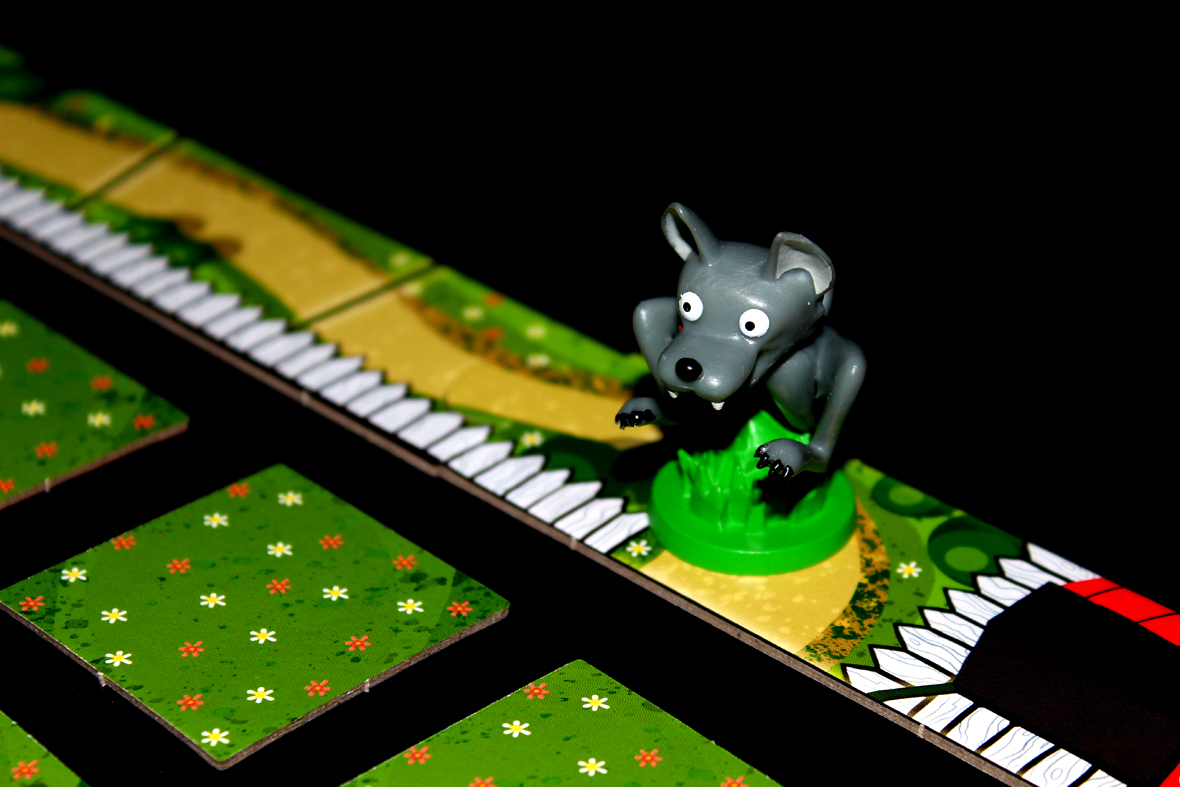 The game can end one of a few ways:

There really aren’t many. At higher player counts, it’s easier to distribute the memory challenge across more players. At 5 players, each player has to remember where each animal of a color is or each color of one animal is; it’s not a huge task. At one player, it’s actually pretty tough, especially if you make the mistake I did and try to watch TV while you played. It’s probably great as long as the players get younger the more that you add. Five adults playing this game isn’t really a challenge.

Overall, Farm Rescue is pretty fun! I mean, as far as games that are ostensibly for kids go, this one is actually pretty solid. You’re not gonna get much worse than Candy Land, in my opinion, so a game that’s got structure, mechanics, rules, and positive player interaction is actually pretty good. My major gripe with it is that I don’t think it usefully scales with player count, so as you add more players it becomes easier to remember things. I mean, you could imagine playing with 25 players and it’s essentially guaranteed. Everyone just remembers their tile. Naturally, the game limits it to 5 players, but what can you do. The nice things about the game are sort of staples of the games I’ve tried from Brain Games so far — the pieces are nice, the art is upbeat and fun, and the game is very colorful. I’d actually be interested in trying this with some younger folks, but, not really the way my game group works, alas. Either way, it’s another one of many games that are fun with younger folks, like Rhino Hero: Super Battle, which is still a good genre to occupy. If you’re looking for a game like that, you enjoy memory games, or you just like a silly wolf figure, Farm Rescue may be worth checking out!