Full disclosure: A review copy of Incubation was provided by Luma Imports.

Still giving away a copy of Dale of Merchants Collection to a lucky reader in the US (or with a US mailing address) thanks to Snowdale Design. For more information on that giveaway, check out this link!

Alright, we’re back with more reviews! I was going to say this is the last of the Luma Imports titles, but 1) that’s not correct; I have The Colors of Paris around here and I still need to finish that one up, and 2) they just sent another 6 titles, so, I’m pretty covered for the near future. It’s a good incentive to get through the titles they’ve already sent me! Or a constant reminder that my backlog is never going to end. It’s unclear! Anyways, let’s dispense with my existential dread and dig into Incubation, a dragon-hatching game from Synapses.

In Incubation, y’all have discovered dragon eggs! Thankfully, they’re friendly, which, huge relief there, so you’ve found that the new Dragon Breeder career path has opened (which, lemme tell you, I wish had been available as an option when I was taking career placement tests). You play as one of those Dragon Breeders, dead set on being the best Dragon Breeder in town. Which is good, since you’re competing with other Dragon Breeders; you need to be invested. Over the course of several rounds, you’ll get Dragon Eggs, hatch them into Dragons, and use those Dragons to complete objectives for points. Hatching is simple; you just need to gather the right resources. Since you have to roll dice to get those resources, however, it might be a bit easier said than done. Gather fire and water to accomplish your goals, and don’t get too distracted by the cute hatchlings. Will you be able to breed some egg-cellent dragons? Or will your ambitions just end up scrambled? 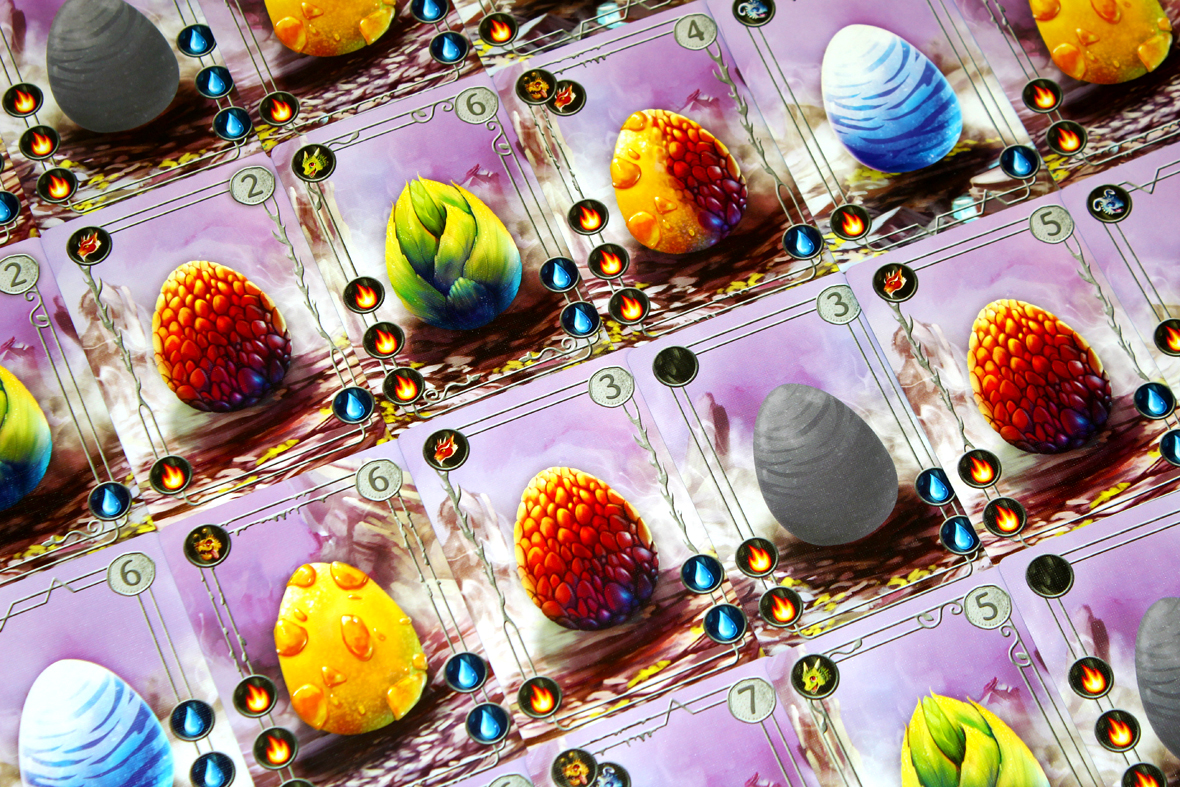 Yeah, hm. It’s a bit odd. At higher player counts, you have fewer objectives, which means that there will be even more conflict for them (and likely a tragedy of the commons will occur, since more players will be fighting over a shared pool of dragons that doesn’t expand via player count). It’s kind of weird, honestly. At lower player counts, you have more available objectives, which means you also need to watch out for one player focusing and picking up more than anyone else. That happened in one game I played; it was unfortunate for the other players. Ultimately, the turns are short, though, so it’s not like you’re going to see a huge amount of downtime as the player counts increase. You’ll just get fewer turns as more players take the available Dragon Eggs. I may recommend it at closer to three players, though, since you get the best of both. More players are pushing the spinner and causing it to aggregate, but they’re also not junking up the entire game by taking cards you want before you have a chance to grab them. At two, I think there’s not enough motion to keep the game feeling fresh. You need a bit more to keep the game moving. 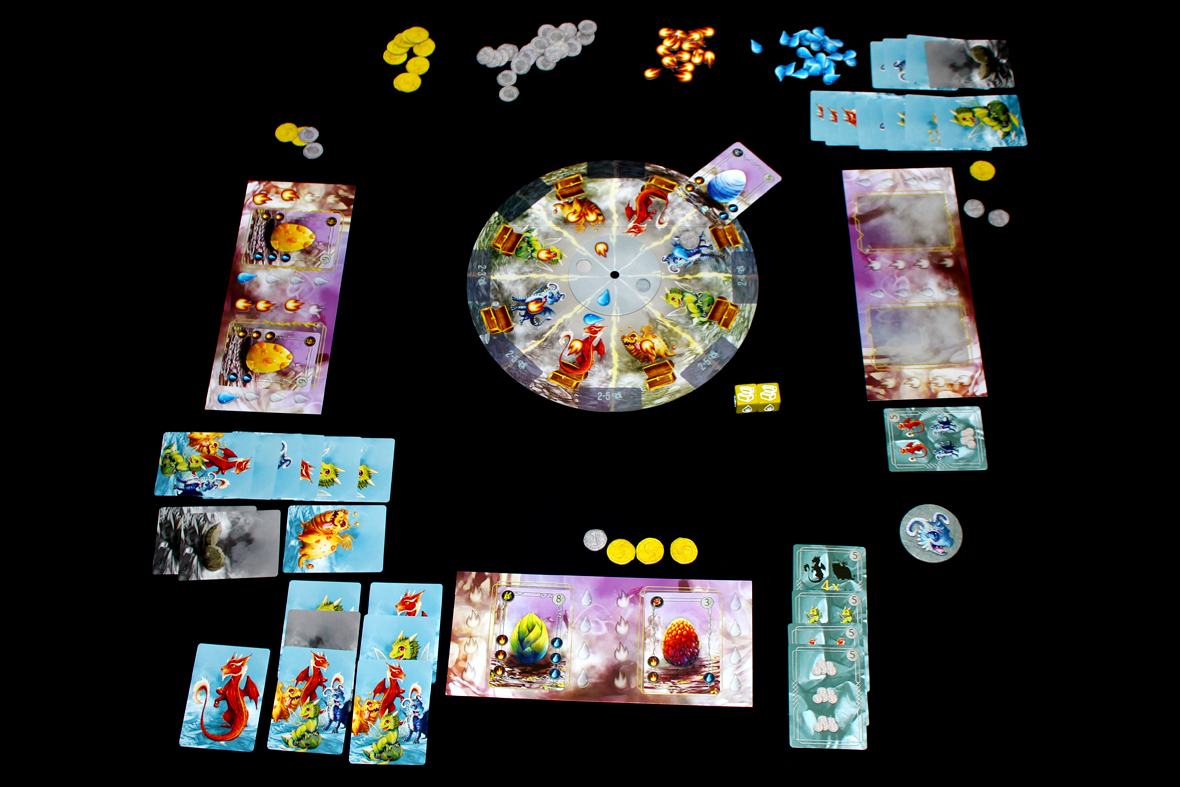 Overall, I think Incubation is … okay. A lot of the game, for me, is rolling the dice and hoping the right pair comes up. And that might be more fun for some folks, but I’d like something a bit more deterministic for my resource gathering. Really, a lot of the game feels like it comes down to luck. There’s the ordering of the dragon egg cards, for one, which can really help set you up or hold you back for the Objectives (which are also randomized), but the dice rolling for resources is ultimately going to be a dealbreaker for a number of players. Don’t get me wrong; this is not the heaviest game, and so I’m willing to tolerate a bit more luck in the mechanical processes of the game, but I don’t feel like the luck ends up leading to an outcome that I’m invested in. If you’re having trouble getting Objectives, often, players will grab any card that scores a decent amount of points and ignore the Objectives entirely. That feels like it runs counter to the goal of the game, which is a bummer. At that point, you’re just rolling dice to get the resources you want before anyone else does. In that way, it’s almost like Blend Off!, but turn-based, and that kinda takes away from what I like about Blend Off!? That said, I feel like this game is also targeted to a younger crowd than my traditional game group, or, rather, that it could work for that group. It’s a bit more complex than some of the yellow-box HABA titles, but if they reworked it to simplify it further I think it could really be a solid contender in that space. It’s a bit of managing expectations, which I don’t think Incubation manages to do, very well, so it ends up feeling like it promises more than it ultimately delivers. While that’s disappointing, this is still a game with some great art that’s relatively simple to learn, so if that sounds appealing to you, you may still want to check it out!