Well, Kingdom Builder: Harvest hasn’t come out yet, and all the various Queenies are literally difficult to find, so this might be my last Donald X. game review for a while, but here we go. It’s nice to finally get to these anyways, since I bought them all around Christmas when they were being sold for, like, $10.

In Kingdom Builder: Marshlands, you ignore the classic advice that you shouldn’t build your castle in a swamp. You’ve heard there are new riches to be found in the marshlands, so, I mean, why not? However, there’s some weird stuff going down, so you’ll need to be careful, lest you get mired in … well, the mire. Can you build the strongest kingdom in these parts? Or will it all just sink into the swamp a few times?

Still only a few differences between this and any other Kingdom Builder’s setup, so check those out for the differences that are specific to those expansions. As usual, you’ll start with four quadrant boards (there are four specific to this set): 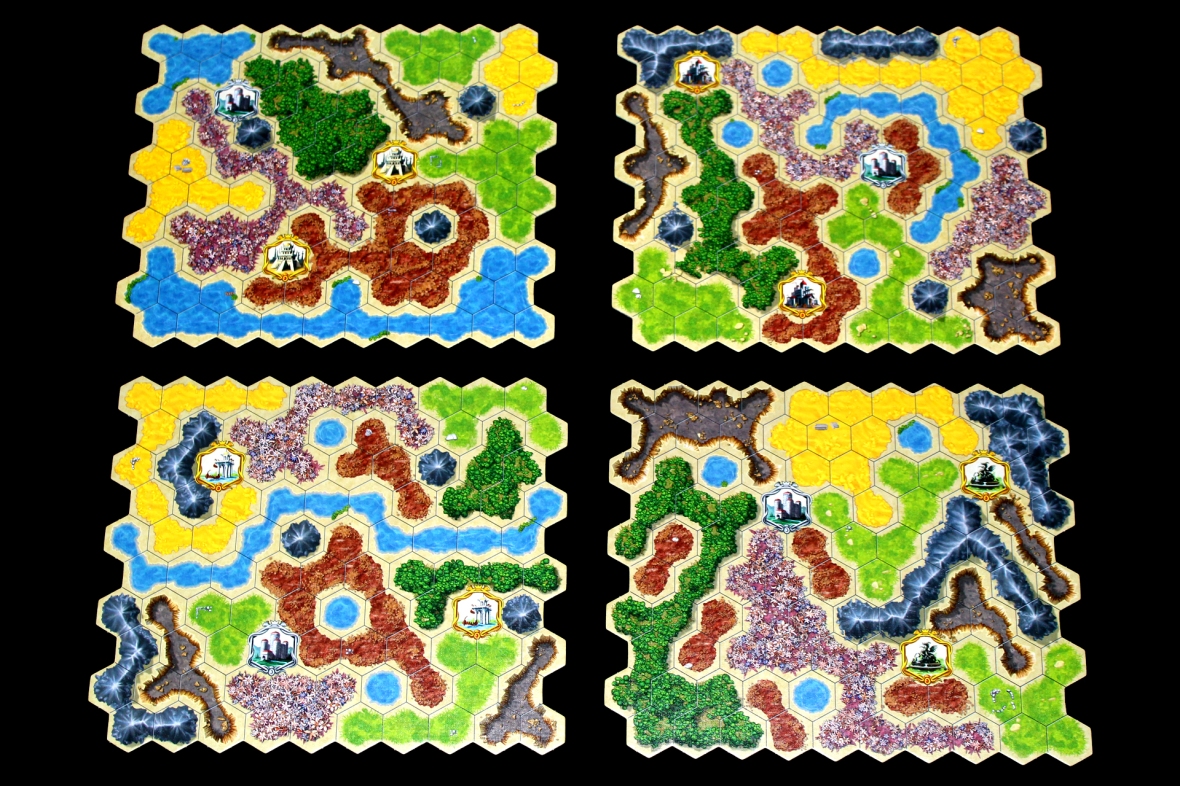 As always, mix the four pieces you pick up and push them together into one big board:

Your experience may vary, especially if you use other boards from other expansions.

There’s actually a new Terrain type in this expansion: Marshlands. It, however, comes attached to other Terrain cards, so you can play with them even if you don’t have any Marshlands areas in play. They just work like normal Terrain Cards: 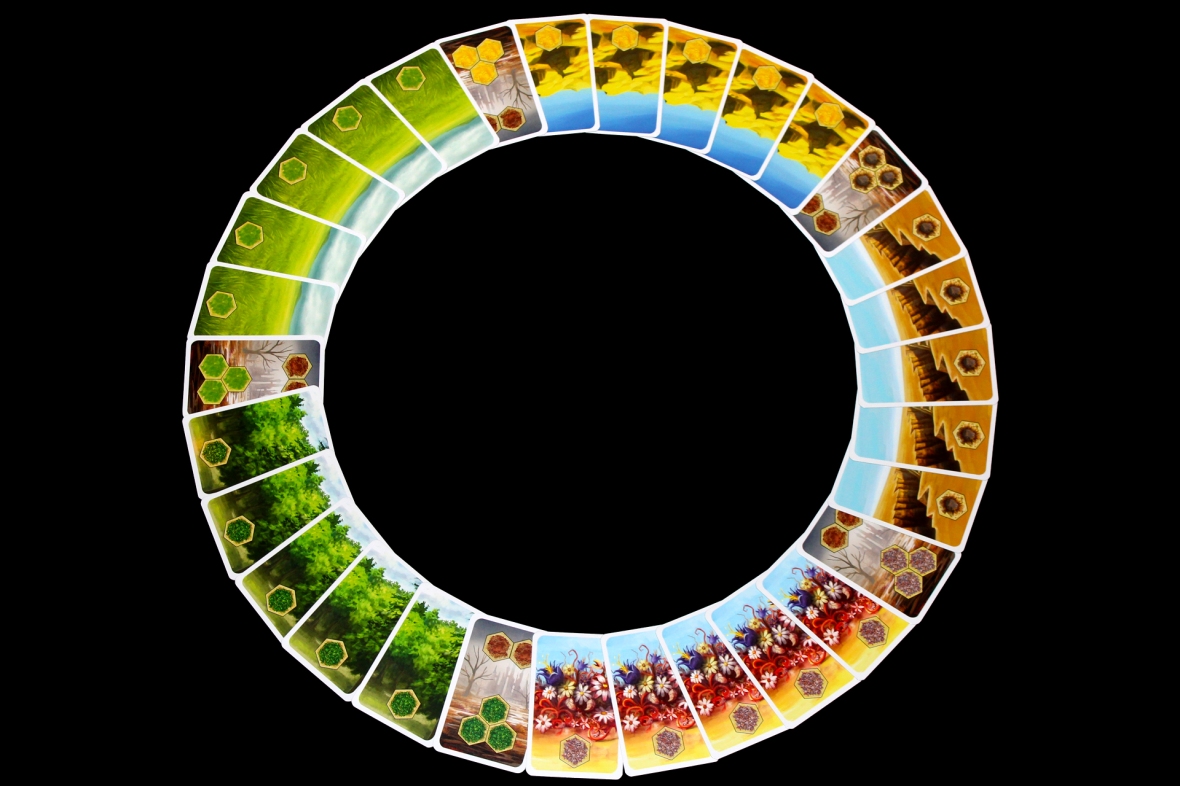 Yup, this is a new photo! Get hyped, kiddos.

So new in Marshlands is not that each Quadrant Board has two different locations (that’s Crossroads); each only has one. Each, however, unlocks the ability to get a Bonus Token if you get two of that Location’s Extra Action tokens:

Thankfully, we do have new Kingdom Builder cards in this expansion, so no need to stress about that: 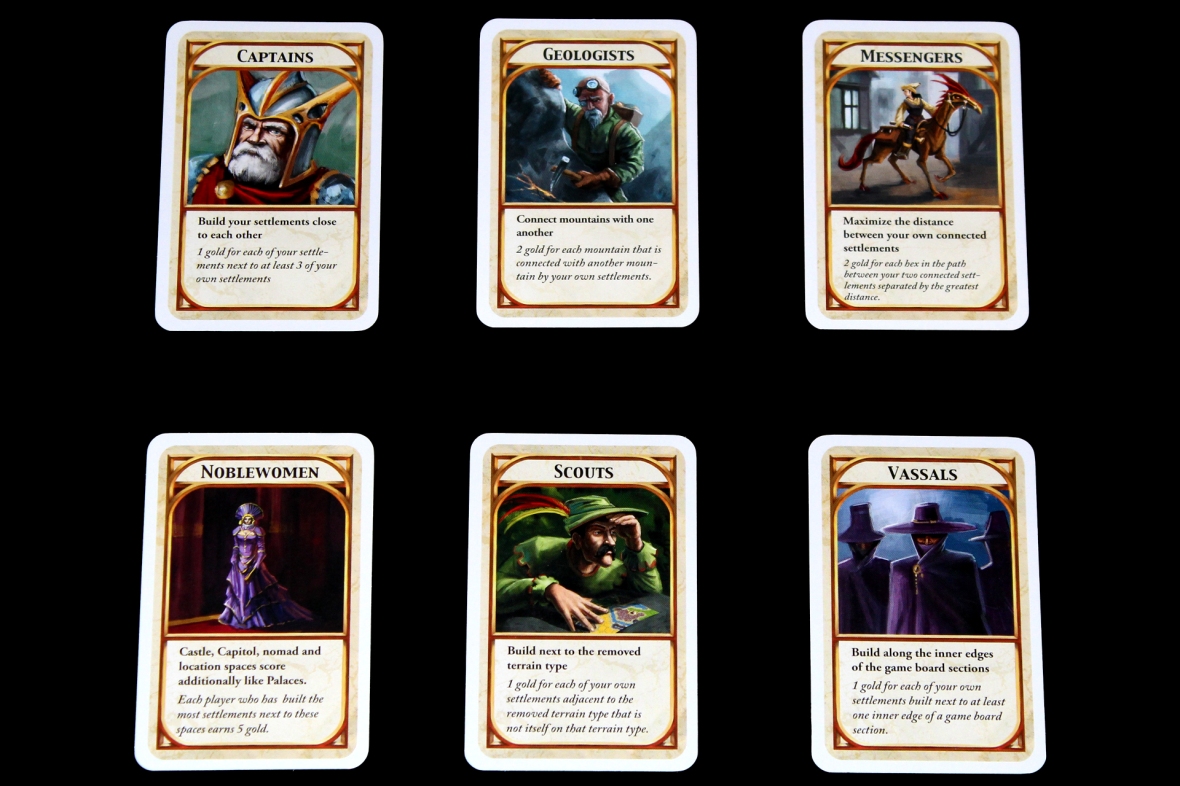 As always, shuffle them with the existing Kingdom Builder cards and flip three face up. If one of them is Scouts, however, draw the top card of the shuffled Terrain Deck immediately. Remove all Terrain cards matching that type (including Marshlands + Terrain cards) from the deck. Isn’t that awesome?

Anyways, once all that’s done, you should be all ready to roll, especially if your play area looks like this:

The majority of Kingdom Builder: Marshlands’s gameplay is identical to Kingdom Builder‘s, Nomads‘s, and Crossroads‘s, so I’d suggest looking at the base game’s gameplay writeup if you want a deep dive. If not, keep reading.

As with all versions of Kingdom Builder, Marshlands has added several new Locations:

And, unsurprisingly, each has a different Extra Action / Bonus Action, which I will explain:

That’s all of those. Now, let’s talk about the Kingdom Builder cards:

Lastly, let’s talk about Palaces. They’re this expansion’s version of Castles. Instead of scoring 3 points if you’re adjacent to one, you now score 5 points, but only if you have the most settlements adjacent to that Palace. Yup! Have fun with that.

I’ve tried like, four different Kingdom Builders and I still like it best at two or three. This doesn’t really change that. 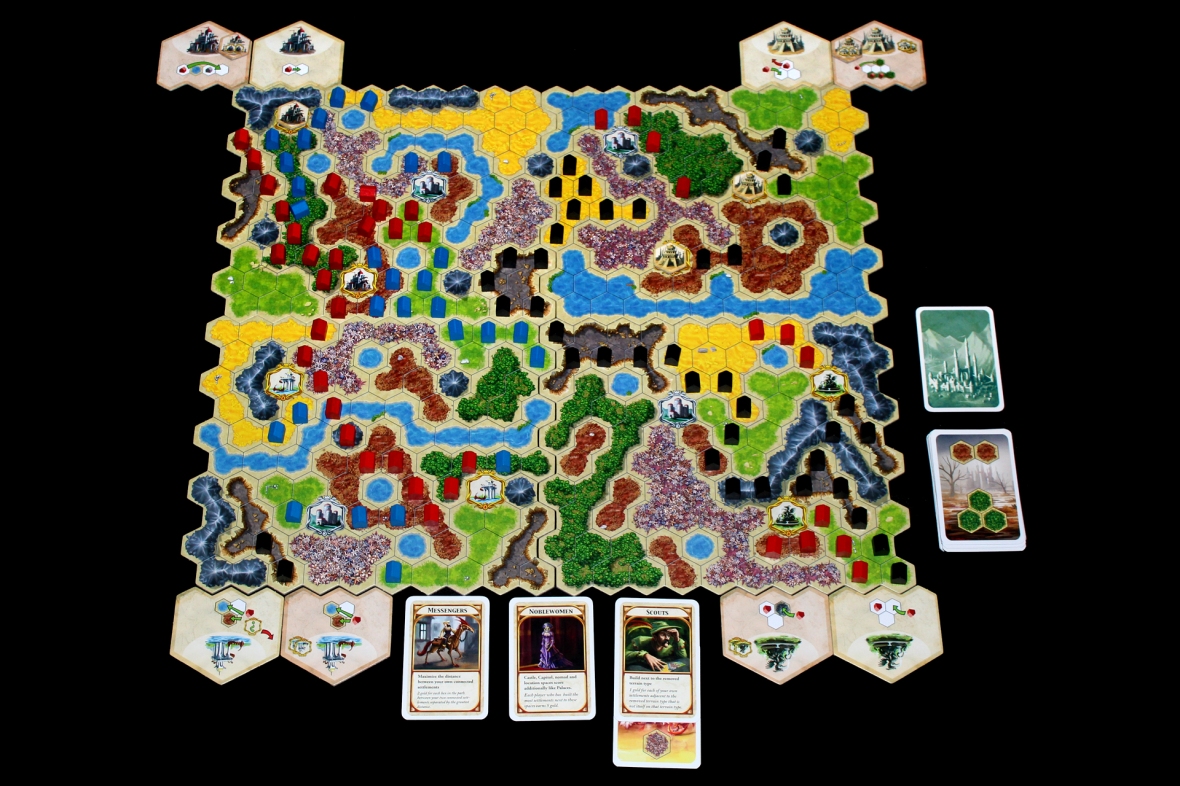 Overall, Kingdom Builder: Marshlands is a solid expansion! I’m a big fan of what it does for its predecessors, most of all, but I also like it as a standalone expansion. The Marshlands Terrain is interesting since it requires more time invested to build on it, and the new Locations are, as always, new and interesting ways to play the game. I’m looking forward to seeing what’s included in Harvest, but for now I’d recommend Marshlands to a Kingdom Builder fan looking for more!