Full disclosure: A review copy of Arboretum was provided by Renegade Game Studios.

So, we’re starting to pivot slightly from Gen Con games to Essen games, which is good and fun, but I still have plenty of Gen Con games to get through, so let’s not leave that totally behind just yet. Next up is Arboretum, from Renegade Game Studios, one of the many publishers that I frequent for What’s Eric Playing?

In Arboretum, you seek to plant trees and create pleasing paths for attendees, only to find out that someone else had the same idea as you! That’s frustrating, I imagine, since well, I can’t figure that this is a thing that a city wants 4+ of (similar to the problem Unfair has with one city seeing sometimes 4+ theme parks being constructed simultaneously). Will you be able to prove that your opponents should make like a tree and … get out of here? Or will you be left feeling uprooted?

No setup, basically. Set aside the Scoring Pad: 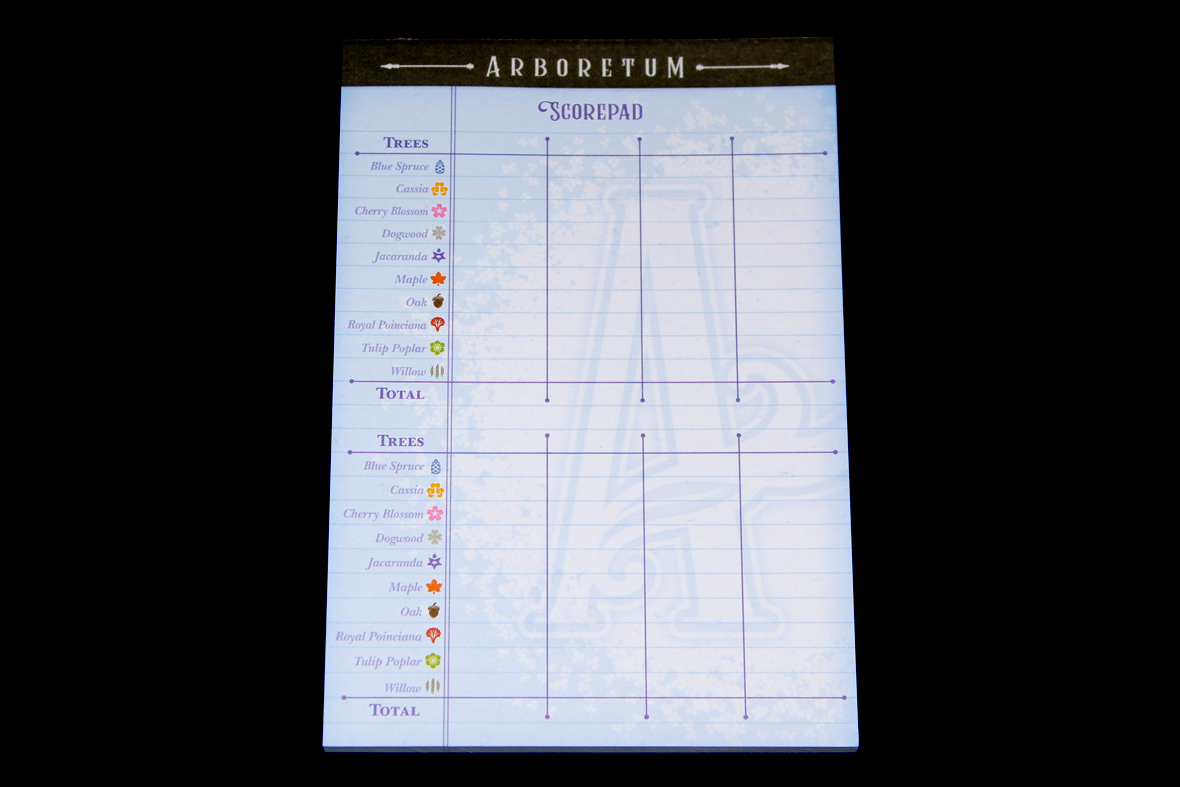 There are a few different sets of tree cards (1 – 8 in 10 colors). Use a different amount for each player count: 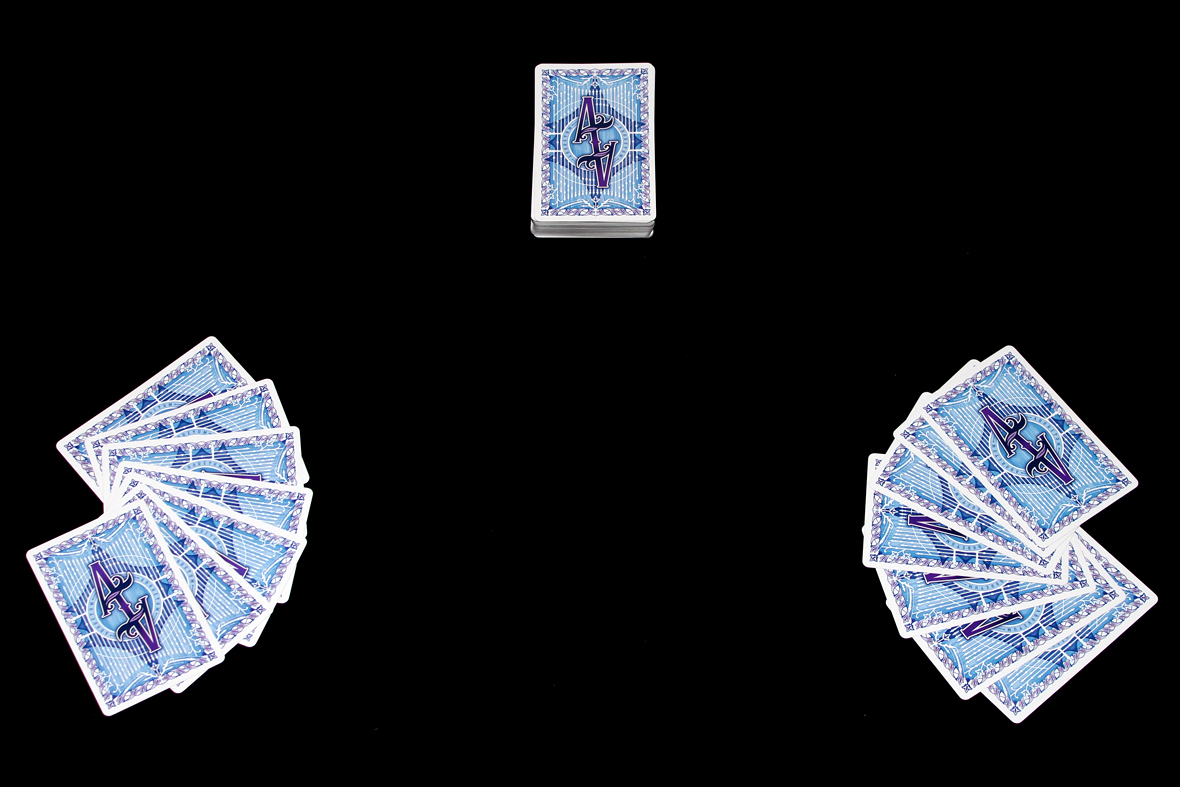 So, really, the game is kinda simple. Every turn, you have 7 cards in your hand. At the start of your turn, you’ll draw two cards, one at a time, from any of these locations:

You may draw a card, look at it, and then draw another from any location, even one you’ve already drawn from.

You then must place a card anywhere in your play area such that it’s orthogonally adjacent (up / down / left / right) to an already-placed card.

Continue doing that until the deck of cards is depleted (note, not any of the discard piles, just the deck).

Once that’s happened, move on to scoring, where the real fun begins. You see, for each color, you’ll need to determine which player gets to score that color. That’s determined by the player with the highest-value card or set of cards of that color still in hand. Normally, the 8 is the highest card, but if another player has a 1, the 8 counts as a 0 for that purpose. That’s always kinda rough. If there’s a tie, all tied players get to score that color. 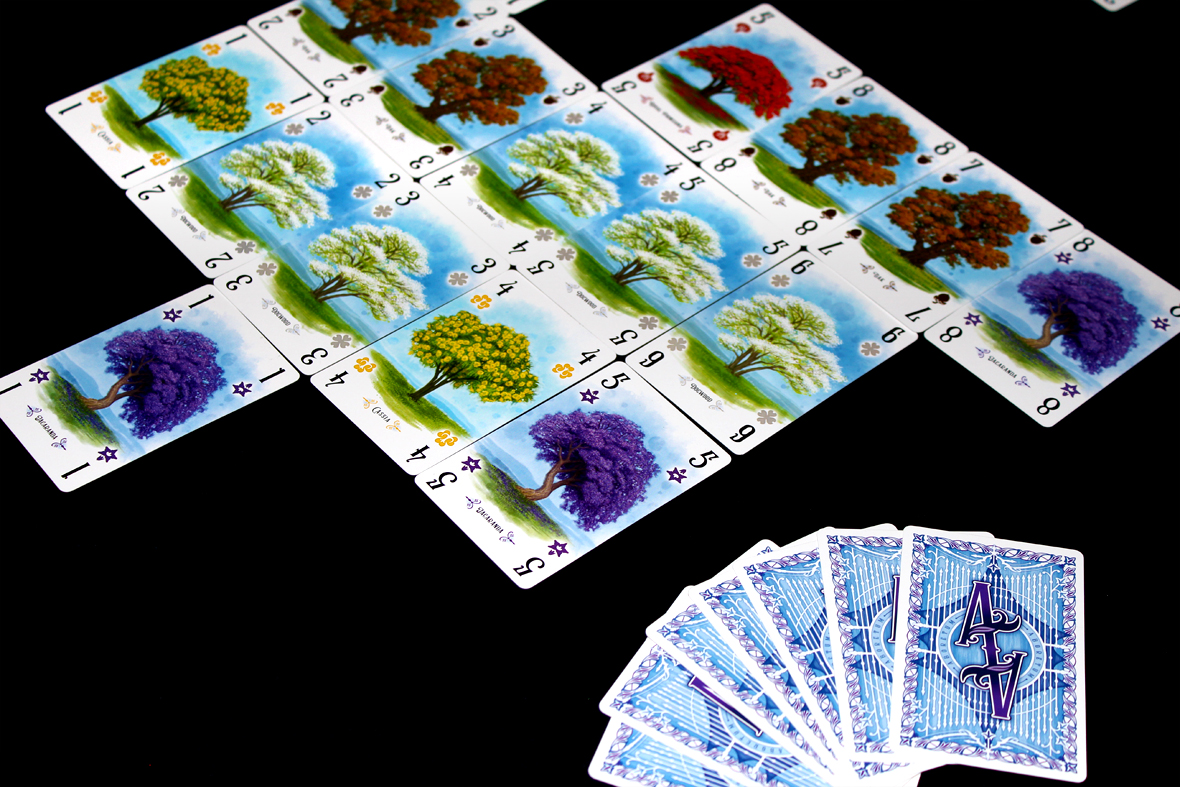 When you score a color, you score a “path” starting with a card of that color and ending with a card of that color. Cards in between the start and the end card can be any color, but they must be strictly increasing from start to end. It’s likely that you’ll have more than one path for a color; if that happens, well, choose the higher-scoring path. Here’s how the scoring works: 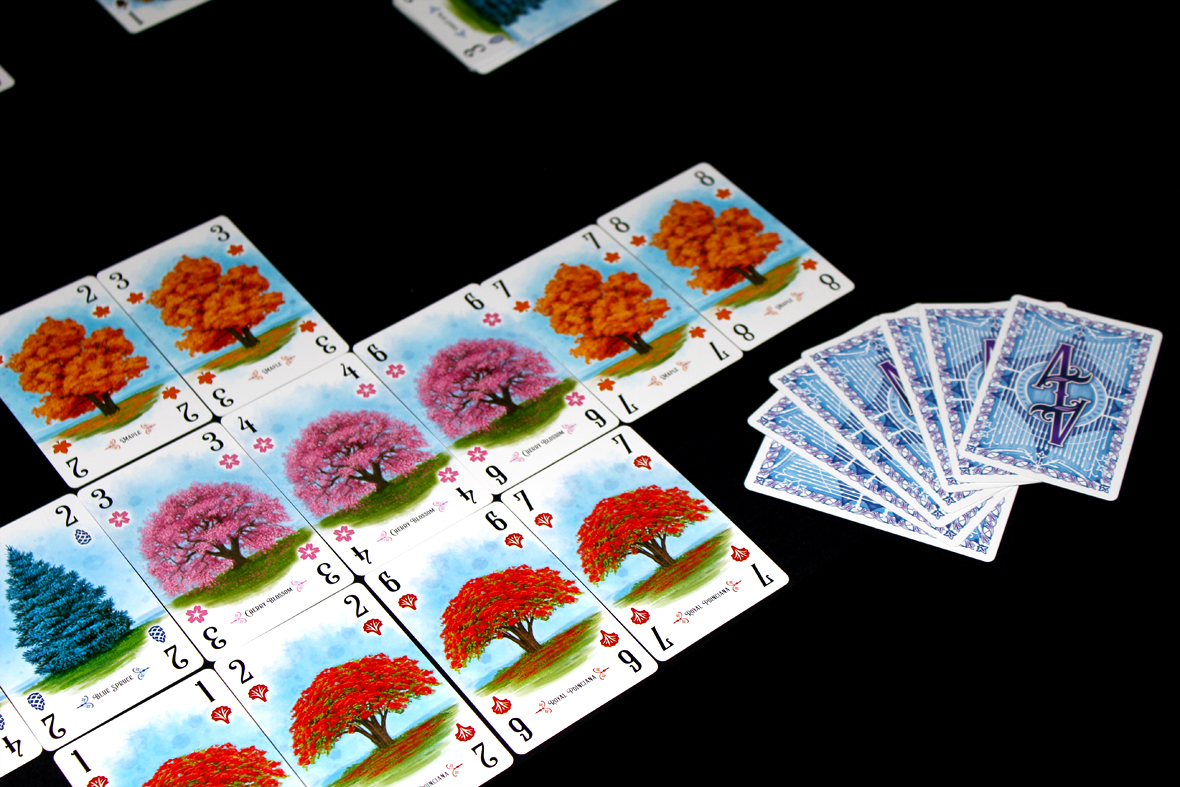 The player with the highest score wins!

So I only played this at two kind of intentionally; it’s got a reputation for being an incredibly mean (but fun) game, and that kind of intensity at higher player counts isn’t really for me. Part of it is that the game length can increase as players struggle with figuring out where to draw from (and the options will increase because you’ll have more discard piles to choose from) and that doesn’t jive well with the fact that it might all be for nothing if your opponent decides to mess you up (and manages to follow through on it). That said, it’s a fantastic two-player game, so, I’m inclined to just leave it at that, since I enjoy it.

Overall, Arboretum is a great two-player game! I mean, I like the theme and the art quite a bit, even if I think the game is a bit mean. The nice thing about mean games or aggressive games is that, at two players, they tend to mitigate it somewhat since you can’t really gang up on a player if it’s … just you. I’m not a huge fan of that, mechanically, and the potential is there in Arboretum (multiple players colluding to block one player), so I’m probably not going to explore much outside of the two-player range with this game. And I think that’s fine! Everyone’s got player count preferences for the games they play (for instance, I’ll never play Dominion at 5+) and I think that’s a good method of figuring out which games are right for which groups. That being said, I still have had a lot of fun with Arboretum, and if you’re looking for a great two-player game that you can take with you when you go somewhere, I’d highly recommend checking it out! Renegade’s update of this one is pretty great.