Full disclosure: A preview copy of Antinomy was provided by Button Shy. Some art, gameplay, or other aspects of the game may change between this preview and the fulfillment of the Kickstarter, should it fund, as this is a preview of a currently unreleased game.

Alright, it’s been Kickstarter season for two hundred years, now, but still kinda loving it. That said, I’ll pretty much never turn down a chance to check out the latest Button Shy game (especially after the recent bump for Sprawlopolis to my Top 15), so, here I am, doing precisely that.

In Antinomy, you are, were, will be, and is, I think, two wizards who currently will have fought their way up and down the timeline trying to amass relics of significance, as uniting them will create paradoxes, which in turn create powerful paradox crystals. These little temporal nuggets hold the key to controlling space and time, though, you’d kind of think that if you were going to be successful then you already were successful, wouldn’t you? Something something Douglas Adams something something time travel verb tenses. Regardless, this power is clearly important to you and you’re willing to fight for it, so get ready to do just that.

Not a ton to say here. Take the cards:

Shuffle them, place one face-down. Give each player three, and put the remainder in a line. The face-down card should go on the right end at a 90-degree angle. Now, break out 10 Paradox Crystals: 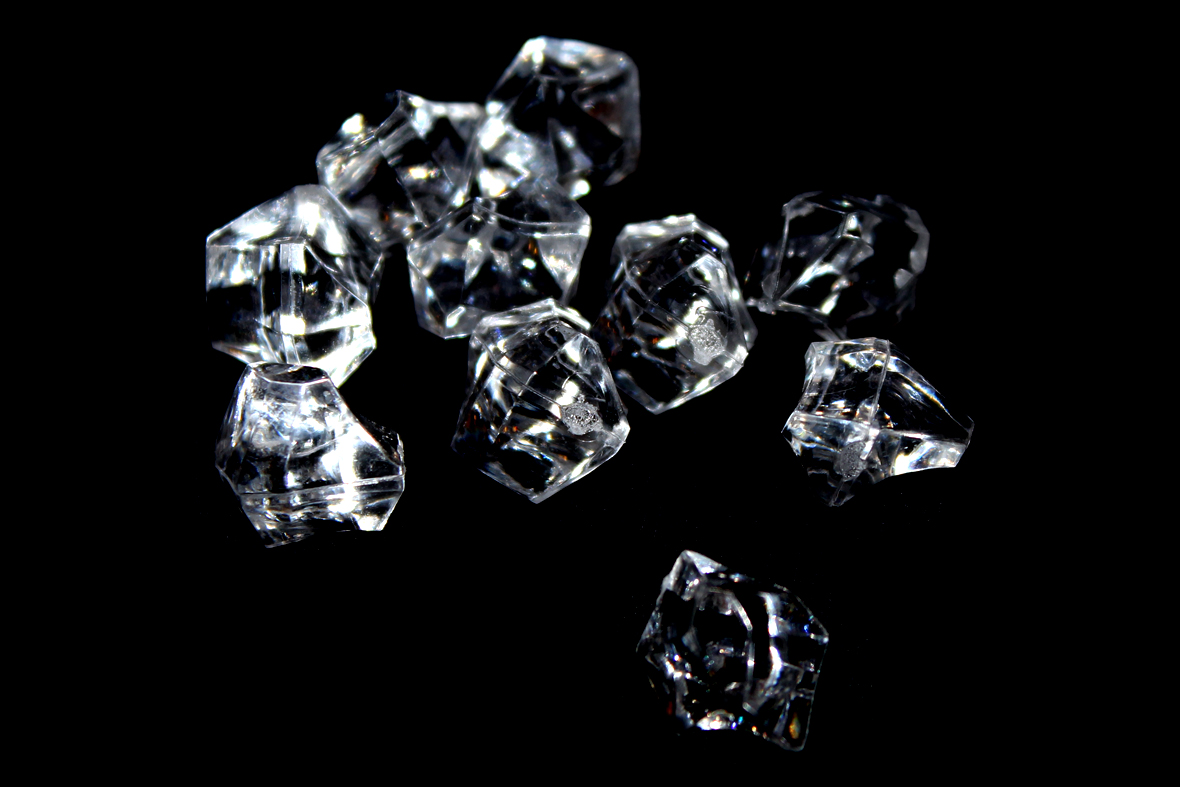 These are not the final crystals; don’t get excited.

Place one on the face-down card; this is now the Codex. The color you place this crystal on should be the same color as the card on the opposite end of the line. Nice and thematic.

Each player should choose a spot on the line to place their player cards: 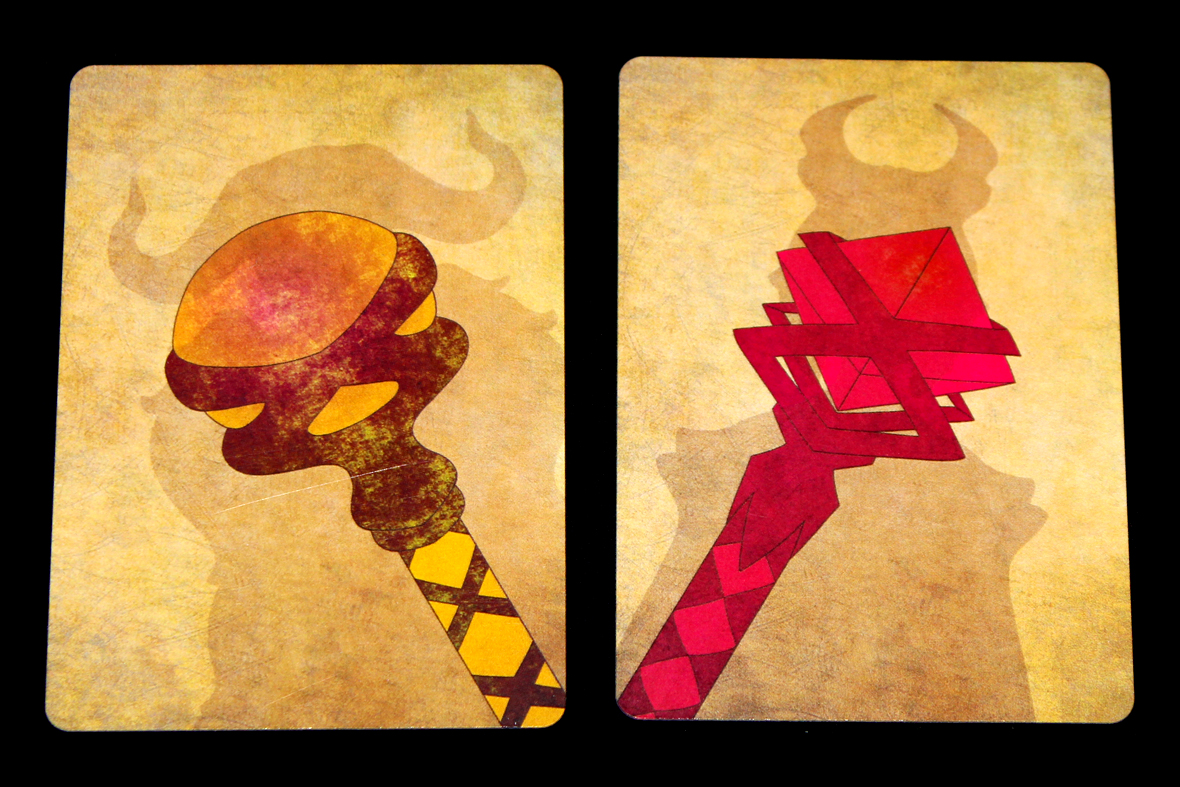 It’s fine if they’re on the same spot, for now. Once you’ve done that, you’re all ready to start!

So, in Antinomy, you play as mighty wizards who seek to cause powerful paradoxes across time and space. If you can cause five, you win! But what exactly is a paradox (other than a great place to park two boats)?

On your turn, you can do one of three things:

If you have three cards that share a feature (three of the same number, three of the same color, or three of the same symbol), you might be able to cause a Paradox! Check the current Codex color; if none of the cards in your hand match the Codex color, then you’ve caused a Paradox. Reveal it to your opponent, and then take a Paradox crystal. Now, shuffle the three cards and choose three cards from the timeline directly to the left or to the right of the card you’re on (you may only choose left or right, not a mix of both), and swap your three with those three. If there are not enough cards on one side for you to take three, you must take three from the other side; no choice. If you successfully caused a paradox, shift the Codex crystal one space clockwise.

Now, if you’re sharing a space with your opponent, a clash occurs! Show each other your hands; the player with the highest combined card value wins! Well, highest combined card value after ignoring cards matching the current Codex color. Hope that’s not a problem. If there’s a tie, nothing happens, but otherwise, the winner takes a Paradox crystal from the loser. If a Paradox crystal changed hands, advance the Codex color one space clockwise (even if you already did that for causing a Paradox this turn).

I’ve only played the two-player mode. I’ve heard rumors of a solo mode and I look forward to seeing what that will play like.

Overall, Antinomy is a superb little puzzler! It’s got great art, it’s easy to learn, and it plays quickly, and that right there checks plenty of my boxes on games that I like and want to play, so, there we go. I also really appreciate that the catch-up mechanic can ignore the puzzley parts of the game, as it essentially introduces asymmetry into the game in a very interesting way. You can just follow your opponent around and try to beat them up every time they get a Paradox, in lieu of trying to solve the puzzle yourself. It’s weird, sure, but weird is good! I’d be lying if I didn’t say that I thought Button Shy is on the cutting edge of like, what can be done with just a few cards and a wallet, and they’re consistently surprising me with the range of possibilities they’re executing on. I think it’s good for board games that games like Antinomy exist, and I really thought it was quite fun, so hopefully it’s not the last I see of it in this timeline. If you’re looking for a quick puzzle game with some potential asymmetry and/or  battling, Antinomy is worth checking out!