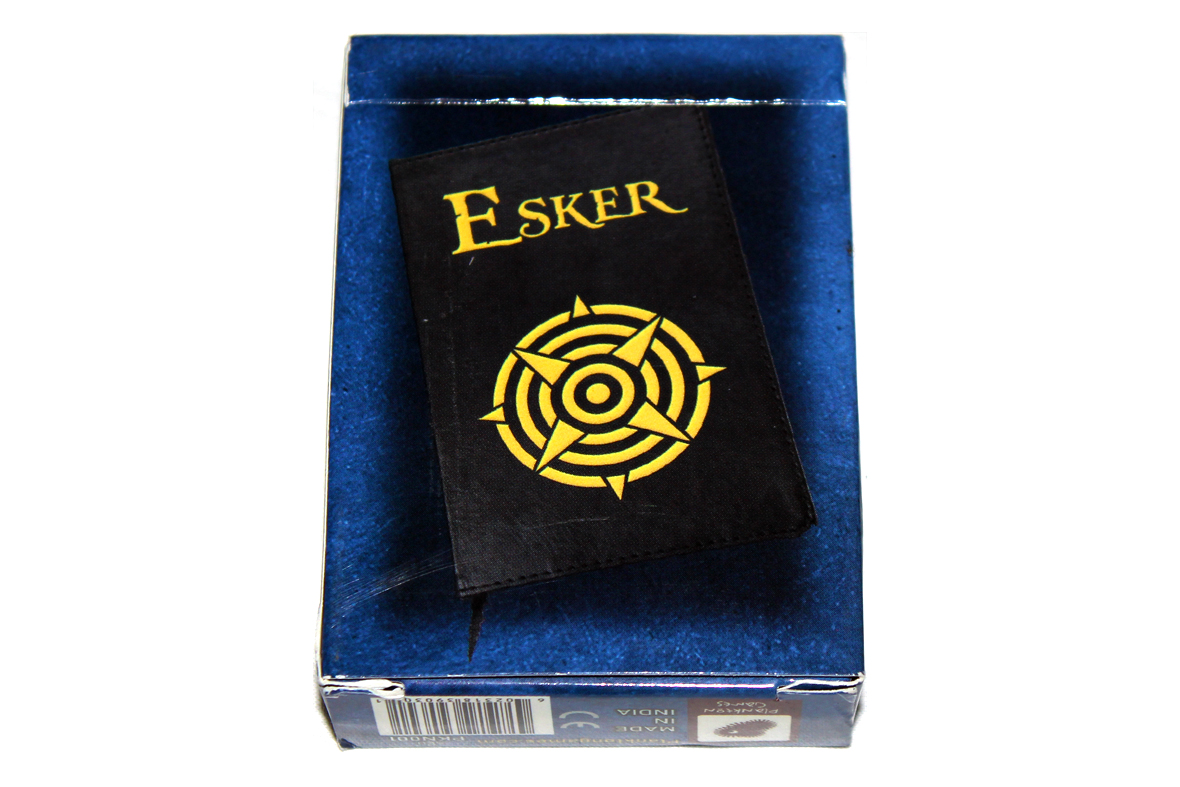 So I’ve been covering the EXIT series in some level of depth for a while now, but there are other escape room games in town. I’ll eventually play a full Unlock! game, probably, but who knows! In the meantime, I got a chance to try out Doctor Esker’s Notebook, another entry in the comfortably-sized field of escape room / puzzle games. Let’s dive in and see what it’s about.

In Doctor Esker’s Notebook are the scrawlings and riddles left by a man that disappeared without a trace. Nobody’s sure if these are predictions, warnings, or a complex grocery list discarded by a man with a flair for cryptography. The only way to know is to ask him yourself, or you crack the secrets of his notebook. You’re more the puzzle type than the finding type, anyways. Will you be able to unlock the secrets that Esker’s notebook contains?

Not much to set up. Set out the 10 Solution Cards: 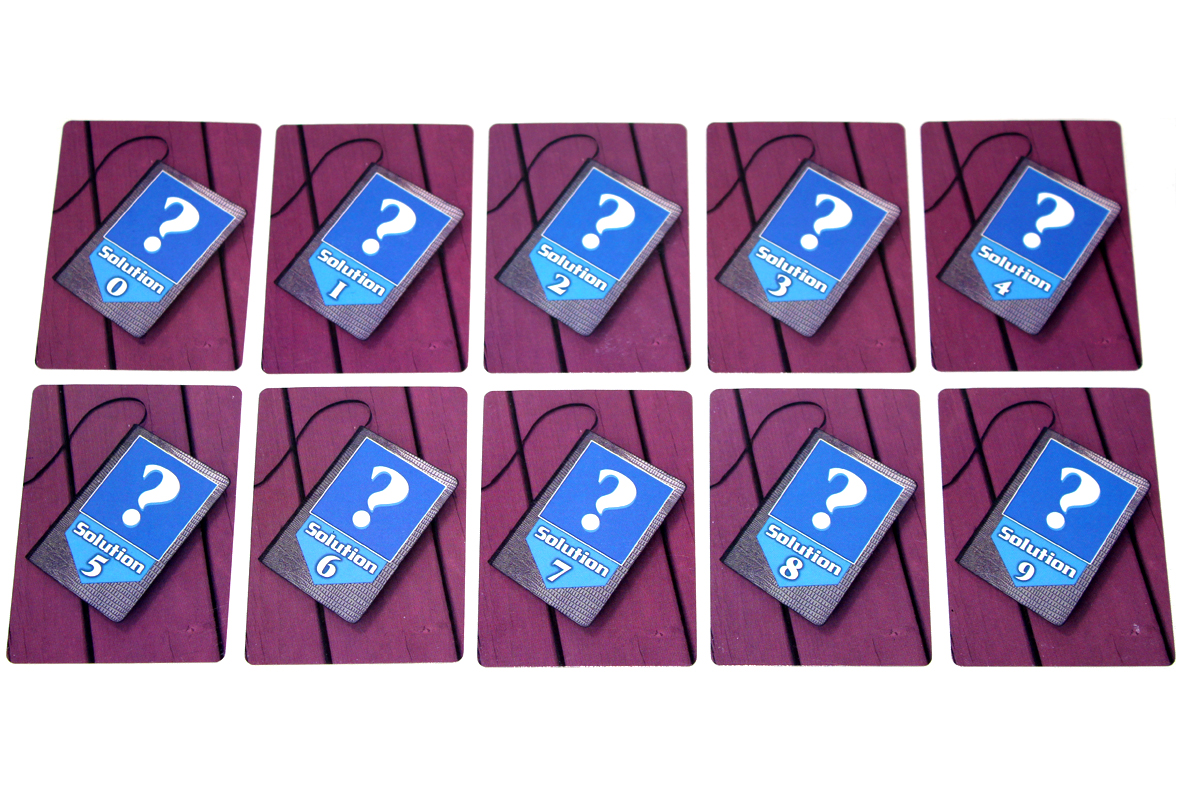 Set out the nine stacks of Puzzle Cards: 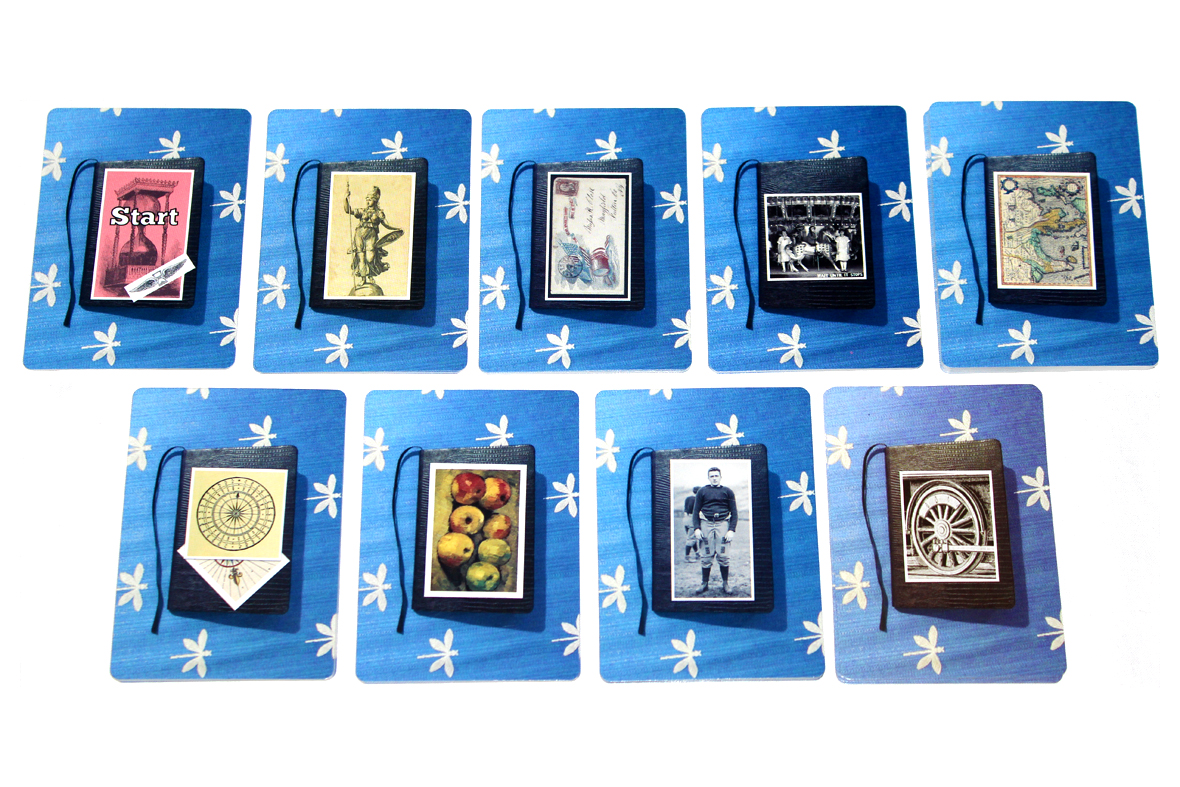 And you’re basically ready to start! You should get something you can take notes on, though, and you should keep a phone or computer handy so you can access hints online. Start with the puzzle labelled “Start”! 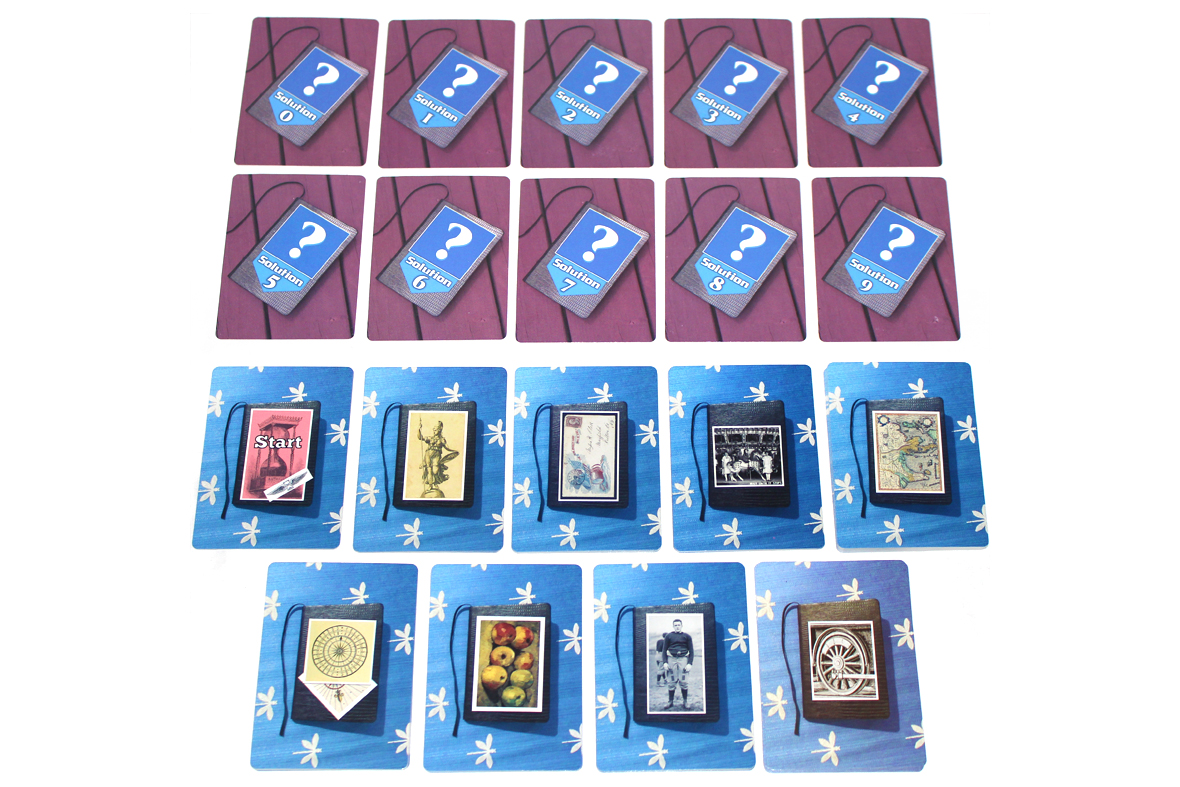 So this is another one of the puzzley escape-room games, similar to the EXIT Series. Unlike those, everything is done on the cards you were given; there are no other implements that come with it to bother with. Additionally, nothing requires you to destroy, wreck, or otherwise render useless any of the components. In that way, it’s cloer to the Unlock! series, but it lacks the companion app, instead relying on a static website to deliver hints for stuck players.

Interestingly, the puzzles will give you combinations of numbers in an order, corresponding to the Solution Cards. Flipping all of them in a specific order should give you a message. If you saw COW, for instance, you’d know that you completed the current puzzle and should move on to the cow puzzle, next. That said, the Solution Cards are used for multiple puzzles’ answers (all solutions are between 2 and 4 digits), so don’t get rid of anything but the Puzzle Cards once you finish a puzzle.

If you’re ever stuck and looking for a hint, you can check this site for hints for the puzzle. The hints are sorted by increasing proximity to the solution.

Once you’ve solved all the puzzles, you win! Note your best time and pass the game along to a friend to see how they do.

I’d say this puzzle set benefits from a higher player count; there were definitely times that four people would have been helpful, since we could have all written different things down (especially for puzzles with multiple parts). One person could reasonably solve these, but I don’t think I’d personally go for it with fewer than two. There’s a lot of puzzle here!

Not much to say here; it’s a puzzle game. You’re going to have to figure out most of that on your own.

Overall, I had fun cracking Doctor Esker’s Notebook! It took us about an hour and a half to get through it, and we enjoyed most of the puzzles pretty thoroughly. I think one of my group liked it a bit less than the EXIT games we had done, but I liked it slightly more than the lower end of the EXIT series. The primary thing we agreed that we didn’t like was the lack of theme; humorously, we had a third person join us and we convinced them that the theme was Escape from Puzzle Island, somehow. But that’s not really here nor there. Its major advantage is that it has a super awesome clue system, even if the website isn’t the most modern thing in the world. I think we also appreciated the difficulty boost that came with the better hinting system, even if the puzzles felt kind of disjointed due to the lack of a theme tying them together. We also really liked not having to ruin any part of the puzzle forever; that was a real bonus. So, I was a bit more bullish on the game than one of my group; I think the other person in my group was into it about the same amount. Hard to read. Either way, we all agreed that we were interested in playing the next one, and if you’re looking for another fix on escape room board games (and don’t mind some more thematically-light titles), Doctor Esker’s Notebook might be right up your alley!