Alright, let’s hit another one of the doujin games from Big Cat. There are a bunch of these, in case you haven’t already seen my features on these, so it’s gonna take a while to go through them all (and I may never get through all of them, since I imagine more will eventually come out and there are plenty I haven’t covered). Either way, this one’s dexterity, so let’s get hyped for that.

In Wing Spirits, you are participants in an uh, falconry tournament. Your birds are well-trained and your goal is to capture prey and do a variety of tricks designed to impress the judges. Will you be able to win this battle of the birds? Or will you just end up failing hawkwardly?

So there are five different games, each using the same general components. The first is the bird balls: 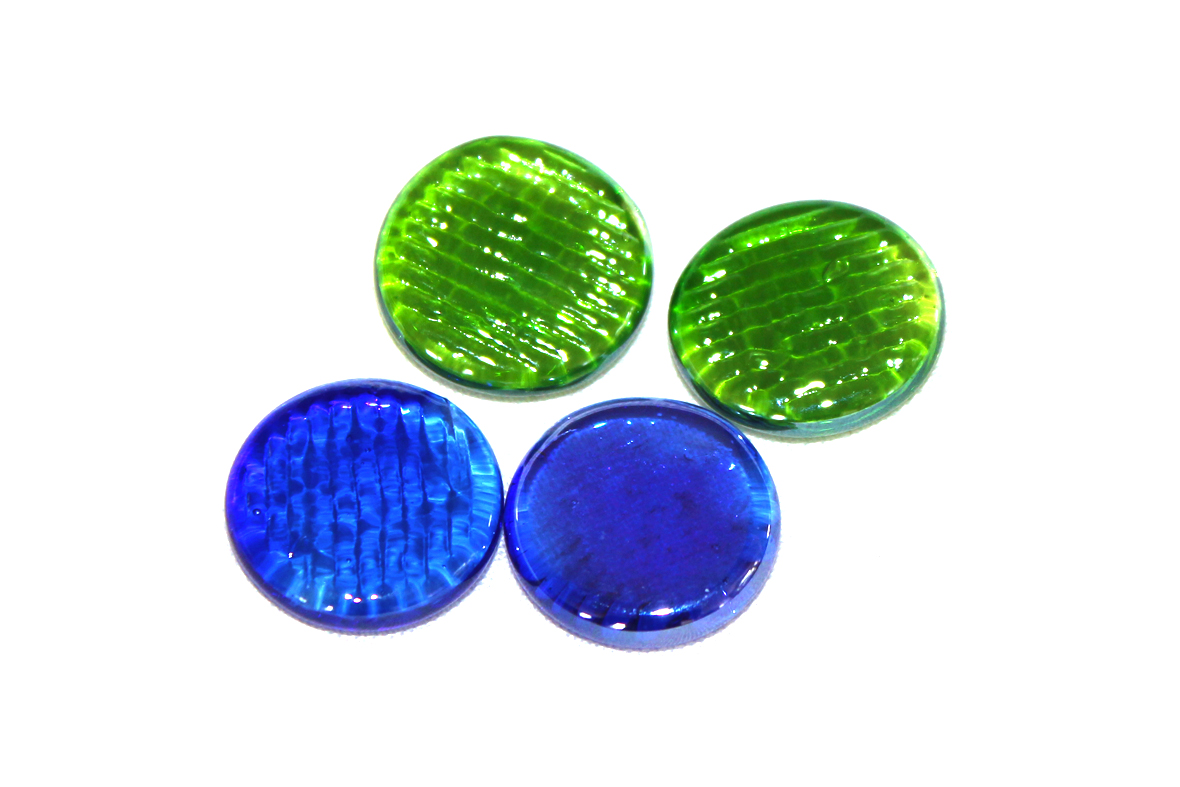 And then some Area Markers:

Generally speaking, you’ll use some of those things and / or the box for various games. Let’s go through the setup for each.

For Burst, you’re going to take the area markers and stack them up in the center of the play area. Then, lay the coins in two rows; one row of 8 and then a row of 7 on top. Give each player two Bird Balls and have them sit across from each other and you should be ready to go: 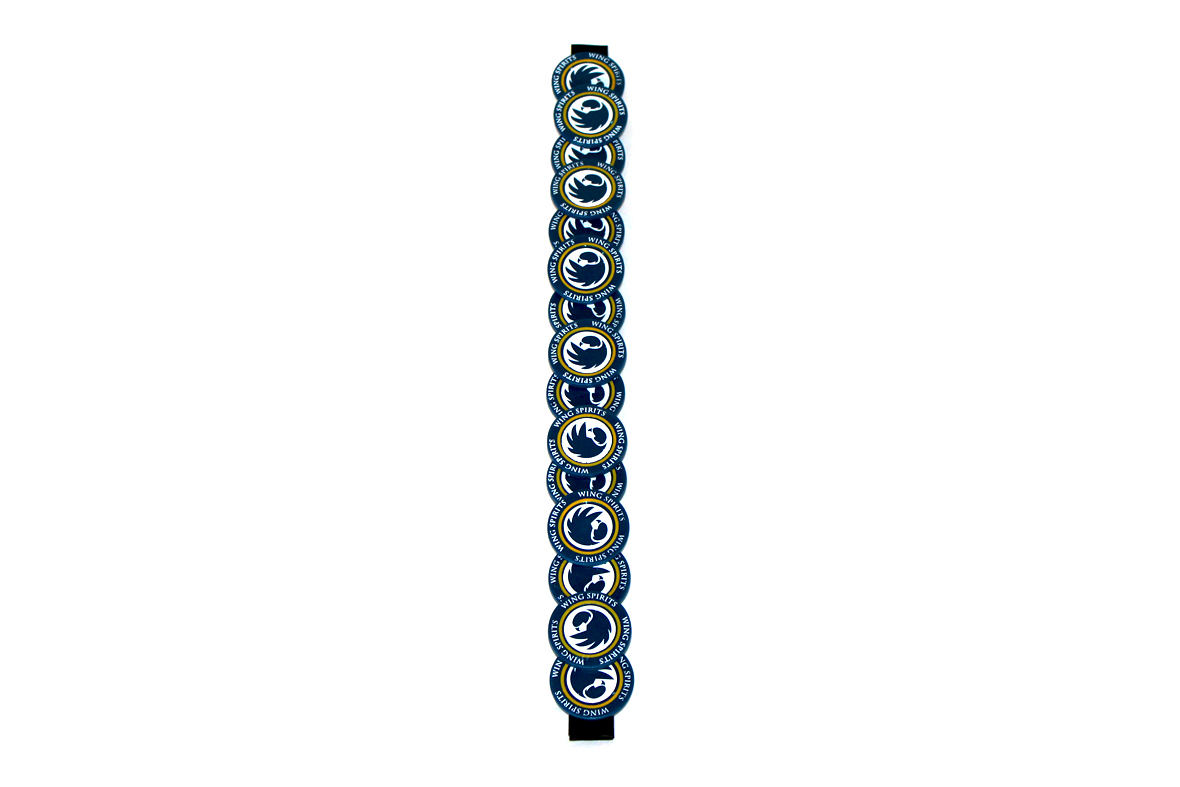 This one, you just stack the coins up. That’s all.

For chicken, make a line of 10 coins, first, with one end of that line at the end of the table. Then, lay down the area markers starting from the third coin and going backwards until they reach past the 10th coin. Make a U shape from them. Place two more coins in the center of that area, and then one coin each on the last three coins. Give each player two Life Chips, and you’re ready to start!

Dare is set up the same as chicken, except instead of coins you’re going to use the dare cards:

More on that in a bit.

Challenge has a lot of different possible setups, but generally they involve the ball, the box, and a coin: 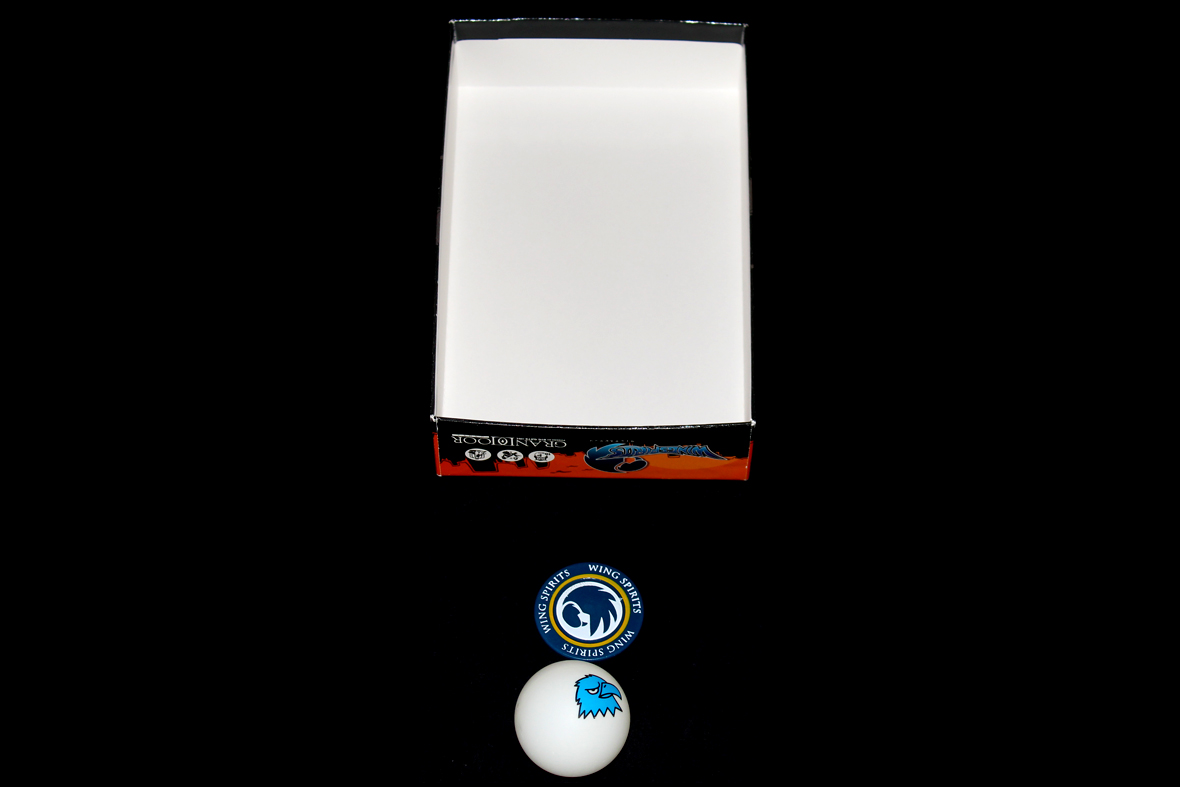 There are also five games, but they all revolve around putting backspin on the ball. To do that, you can push down on the back of the ball or pull your arm backwards as you try and spin it, but honestly this is just words on a page and it really illustrates where it’s hard to write up descriptions of actions that you, the reader, should take. Either way let’s get into the games.

So, for burst, put some time on the timer. Could be 25 seconds (recommended), but is whatever you need. Then, your goal is to start shooting the balls at your opponent. You basically want to knock coins off the Area Markers into your opponent’s territory. You can retrieve any ball as long as it’s on your side of the line; if not, it belongs to your opponent.

The most important thing is that you must launch a ball as soon as you grab it; no delaying!

The game ends when the timer finishes. Count the number of coins that are touching the table on your opponent’s side. That’s your score! The player with the most points wins the game! 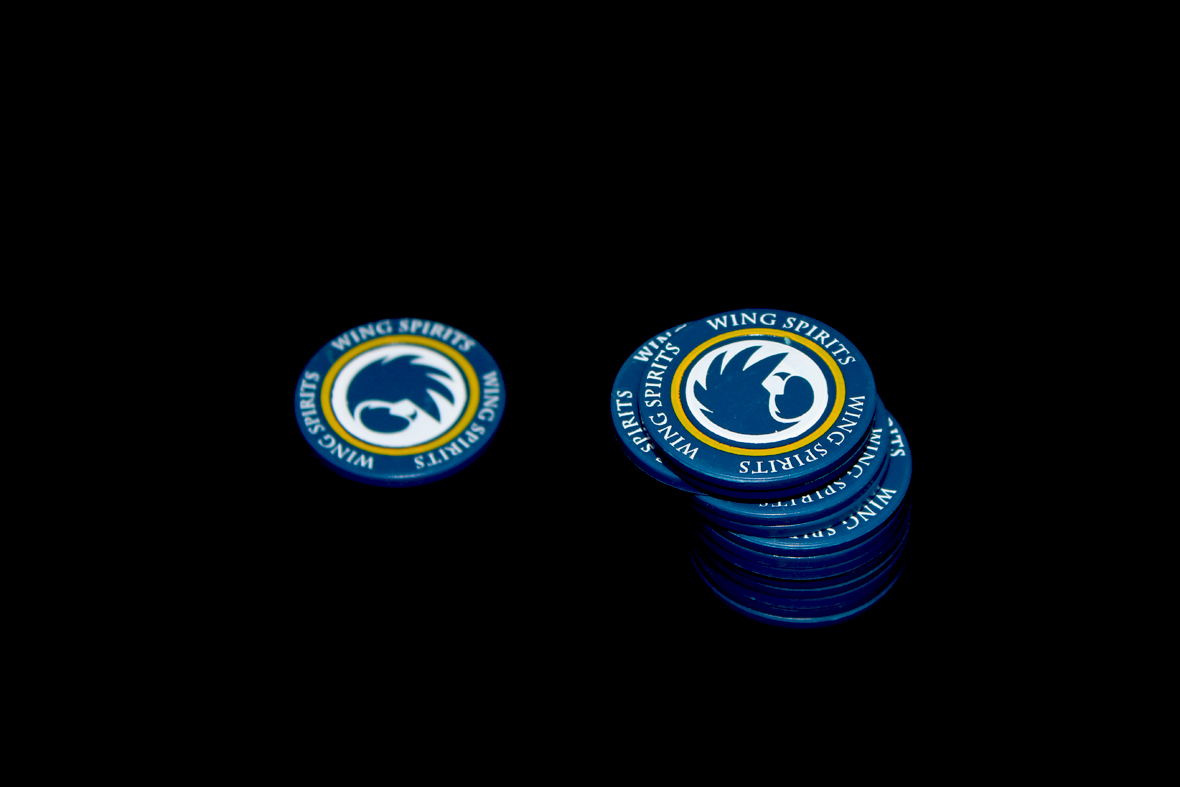 This one is wild. So, you have your stack of 15 coins. On your turn, launch the ball at the tower with one hand. If you miss, keep going until you hit the tower. 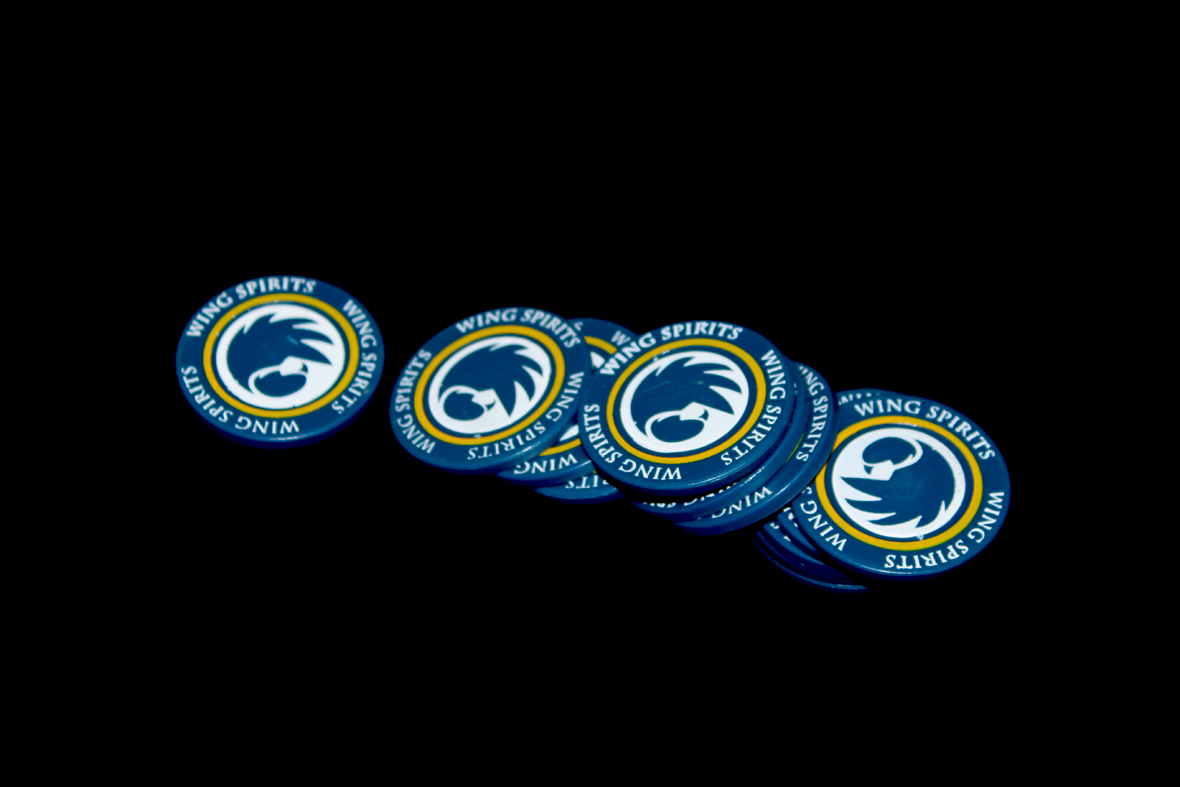 The game ends when the tower has fewer than four coins left or one player loses both of their Life Chips. Then, tally scores:

So, this one is all about backspin. What you want to do is, on your turn, launch the ball with backspin such that it goes into the play area (from the release area) and then goes back out.

If it doesn’t, then you get the coins from the furthest pile in that your ball passed. If you managed to go around the center coins without touching them, you can take one of those, too. Your opponent, on your turn, should be watching as a judge.

If any player runs out of Life Chips, the other player can take a Bonus Round. That’s three turns in a row following the normal rules, but with no penalty if they hit the back wall. That’s pretty good.

Either way, after that (or if every coin gets taken), the game ends. The player with the most coins wins!

If you can’t decide on an in-game issue, both players should launch a ball at the same time and whoever’s goes furthest and then returns successfully gets to decide the conflict.

Dare works the same way, but instead of laying the coins out, you lay the Dare Cards out. You could substitute the Dare Cards with other things, like drinks or custom Dare Cards. Up to you.

Either way, you play until you get bored. Instead of collecting coins, you’ll collect a Dare Card and give it to another player to execute. If you hit the back wall, shuffle all the Dare Cards players have collected, flip the top card of the deck, and now you have to do that.

Like I said, the game ends when you’ve played all the dares or everyone gets bored.

This one is just wild. Similar to Mars Open: Tabletop Golf, you’re just launching the ball into the box by trying to backspin it onto a coin and launch it. That’s about all you do, here. You can play your own stages, first to three, time attack, whatever you want. The game ends kinda when you say it does.

Not really many, if any at all; it somewhat affects the games you can play, but only a little bit. Generally, I’d say this is best at two players. Dare is probably the one with the most room for expanding.

Overall, I think Wing Spirits is a hoot! I’m mostly a fan of Tower Battle, again, that’s the one we played like, thirty times, but the other games are cute, too! To be fair, I’m mostly giving this the rating for my favorite game, rather than trying to average or amortize the ratings (especially since I generally don’t skew towards party games, so Dare didn’t really happen). That said, I think that not only is there a lot here, but it also provides an interesting design constraint: what is the sixth game you’d make? Can you figure something out? It’s kind of why I like The Lady and the Tiger and Jabberwocky so much; they both also have that nice mix of some solid games, here and some potential for more stuff given the right designer. This definitely deserves to be in the same conversation as those, especially since all the games here are dexterity games. If you’re a big fan of dexterity games, like I am, you’ll probably find something you like here, as you might imagine, but I think this also could have some legs as a well-liked family game, too. Either way, yeah, I really enjoyed Wing Spirits, especially the Tower Battle game; I’d recommend checking it out!