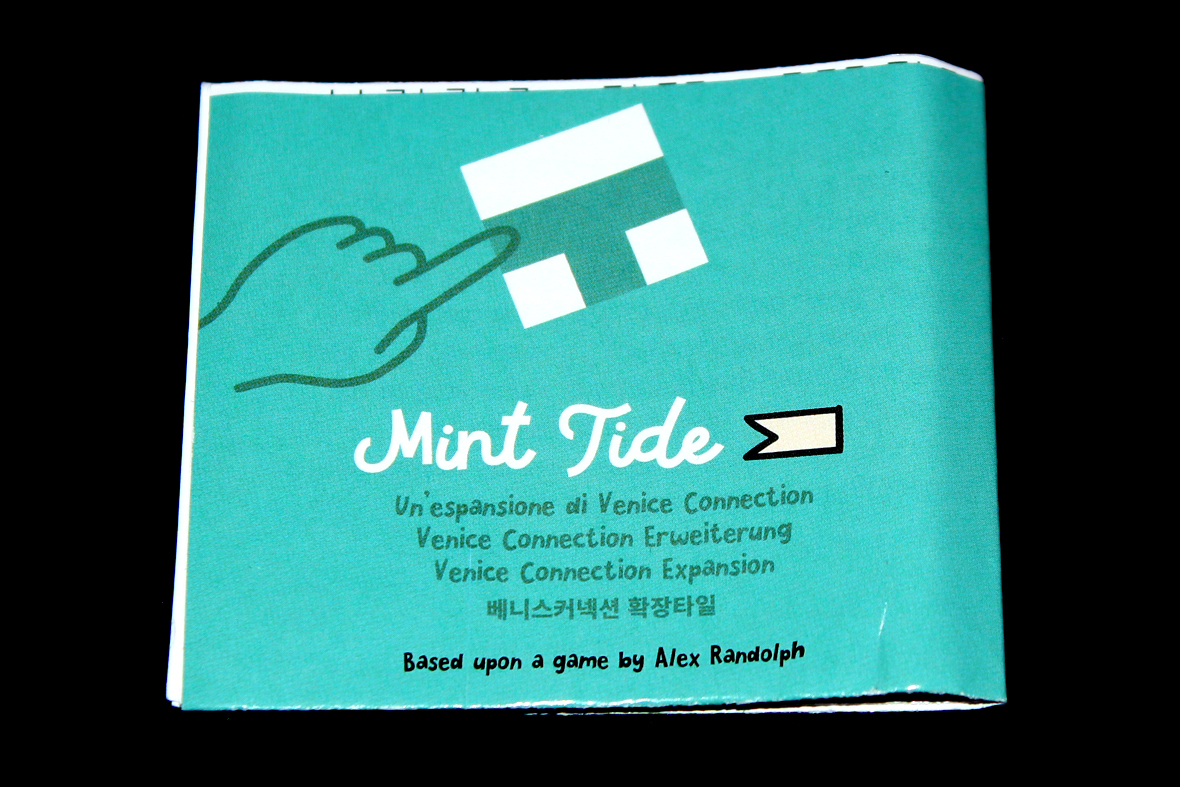 Alright, another expansion! This one’s the expansion for Venice Connection, the tile-laying Nim variant that I didn’t really like last week. That happens sometimes; can’t like every game, no matter how pretty it is. It’s not a particularly big expansion. Either way, this expansion adds some new content, so let’s see how that shakes out relative to the base game, shall we?

In Venice Connection: Mint Tide, you realize that the waters are starting to take you in a different direction. Literally, there’s a fork in the road and you need to decide which way you’re going to go if you want to build your ideal canal. Sure, you can ignore them, but it seems more fun to branch out a bit and see where that leads you. Will you be able to complete your circuit of canals? Or will you end up stuck in a completely impossible loop?

No real setup here, either. Just set out the new tiles. They have a T shape on one side: 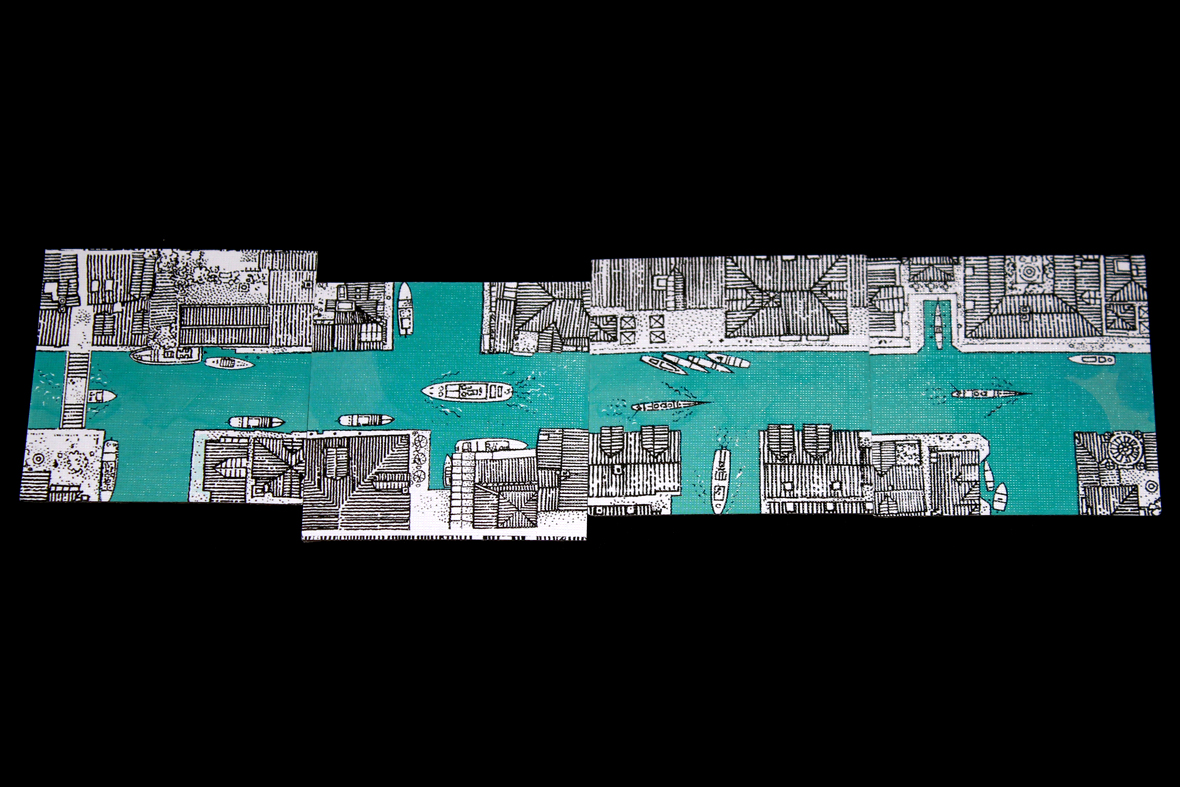 And they have a corner or a straight on the other:

go by the main deck; you’re good to go!

Fundamentally, this plays similarly to the base game. This time, however, you may also take some of these T-shaped pieces, which will cause the pathway to branch. If you play them, you may choose which side you play them on. You may still call “impossible” if you don’t feel like the route may be completed, but now the circuit may be more complicated as it branches. 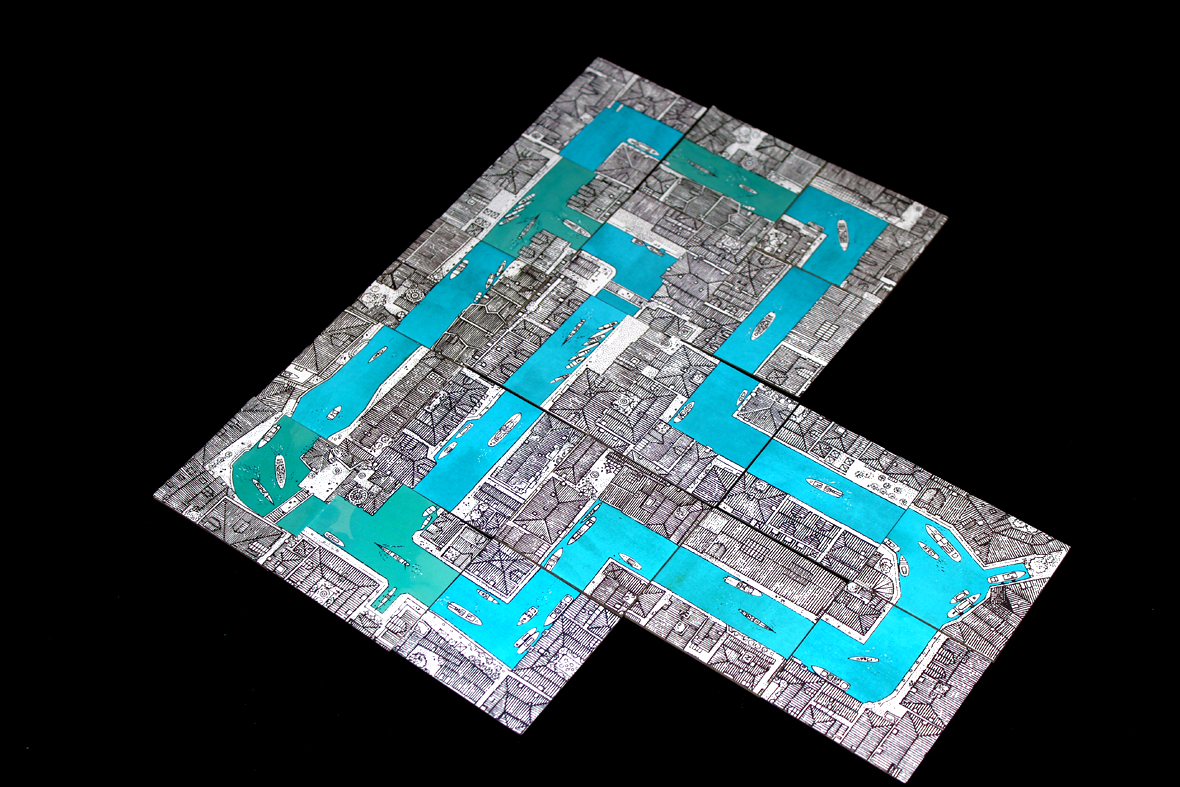 The player who completes the circuit wins!

None; still only two players. 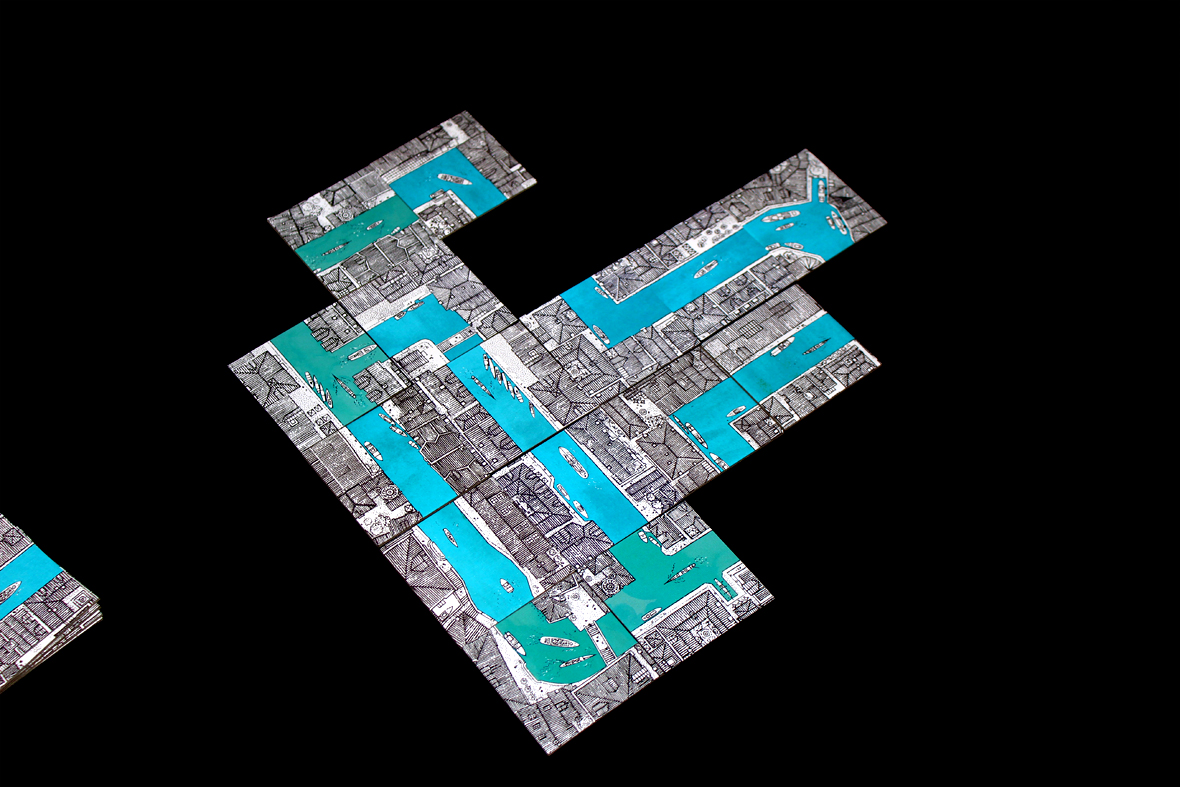 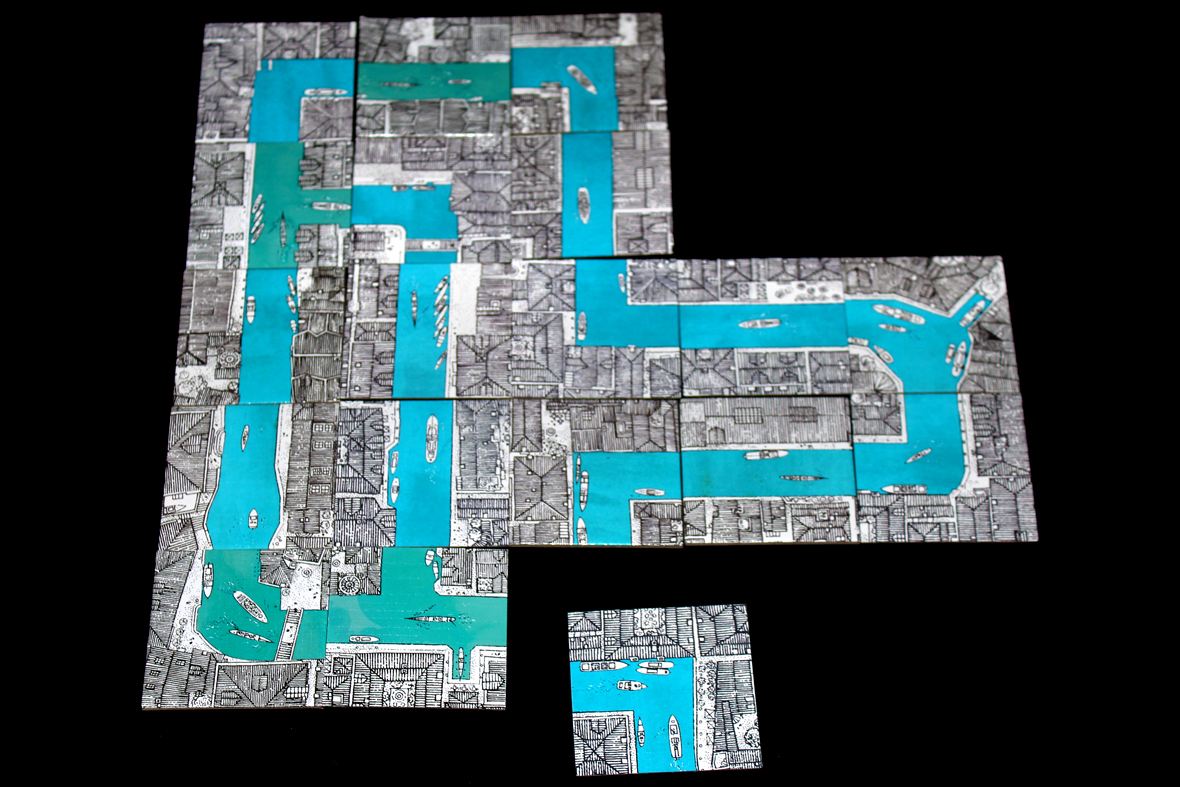 So, weirdly enough, I think I’m going to give Venice Connection: Mint Tide a pretty high rating. My general problems with it are the print job, which I’m hoping is kind of limited to just my particular set, and that it doesn’t fix all the things I don’t like about the base game. That said, I actually do think that if I did like the base game, I’d want to have the expansion pretty much all the time, so in that sense, it’s a good expansion? It’s a weird mood. That puts it pretty firmly around an 8, but, I still don’t really enjoy the base game, so, I’m not sure what to do with it. Hence, a 7.75. I think it’s a very well-made expansion, especially for its size, but I don’t think it can do enough on its own to pull the game up to something I actually want to play. That said, if you really enjoy the base game, I’d highly recommend this one, but I think I’m going to call my recommendation there. Venice Connection: Mint Tide is a thoughtful and interesting expansion on an underwhelming game, but at some point the core game is eventually what everything boils back down to. Oh well; that happens, sometimes.