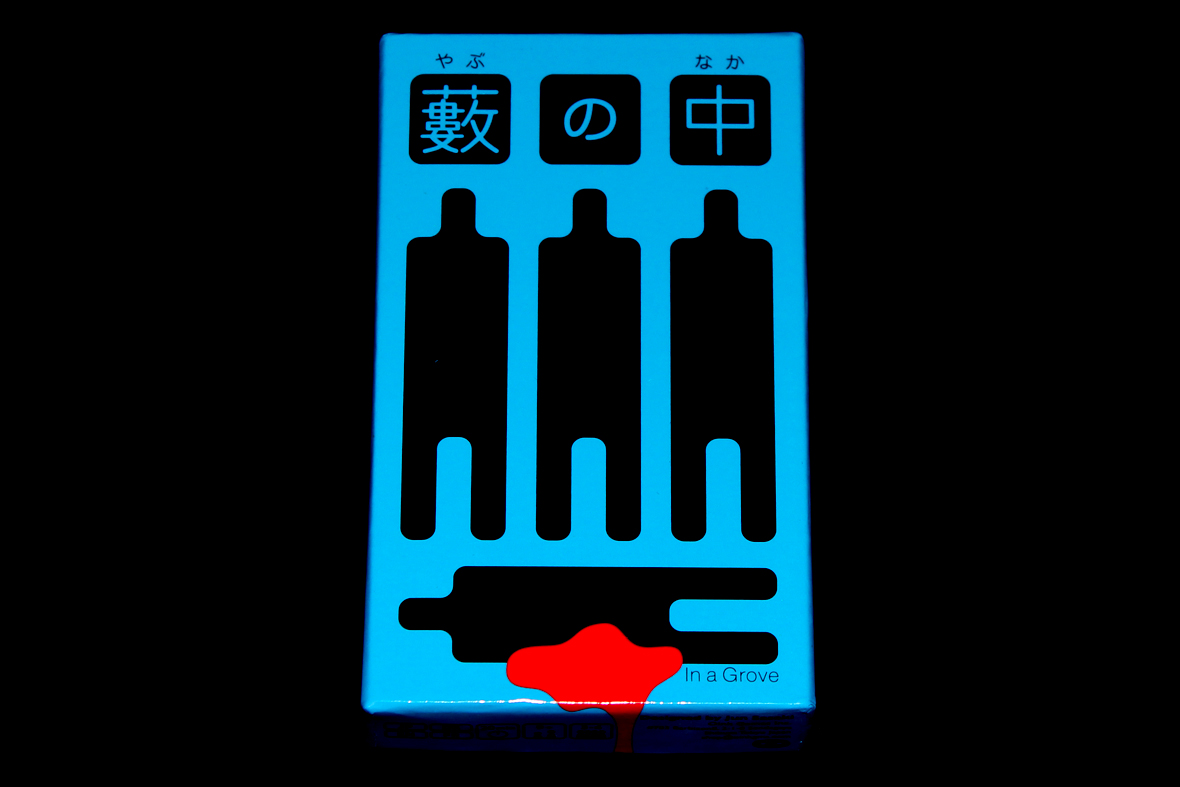 Uh, so I bought like 10 Oink Games, so that’s going to be happening almost as much as Dominion happened for a while. I don’t even know where this is in the progression since I kind of also wrote all of these at the same time.

Anyways, in In A Grove, four people were in a grove (surprisingly), but now one of them is dead (which is an actual surprise). You play investigators hot on the scene, trying to figure out who could have committed an Actual Terrible Murder. Will you be able to sleuth out the suspect? Or will you make enough mistakes that you get sent to Cop Jail, the Prison for Cops That Aren’t Good at Solving Murders?

So, the setup is super easy for this, like all Oink Games. Give every player five Investigation tokens in their preferred color:

You’re gonna get out the Suspect tiles:

Remove the “2” if you’re only playing with 3 players. Flip them face-down, give every player one, and place four in the center. Three should be upright, one should be … dead.

Set the Tamper and Unseen tokens aside, for now: 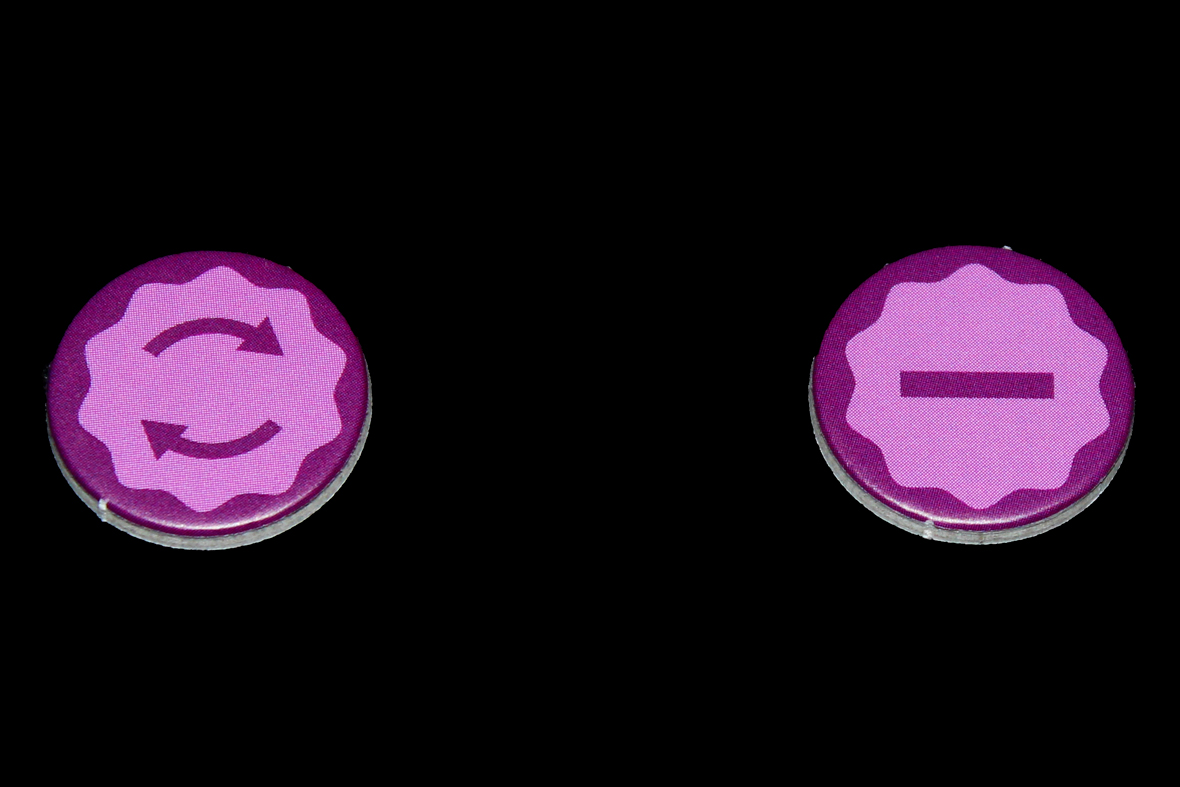 Once you’ve done that, choose a player to start and give them the Discoverer token: 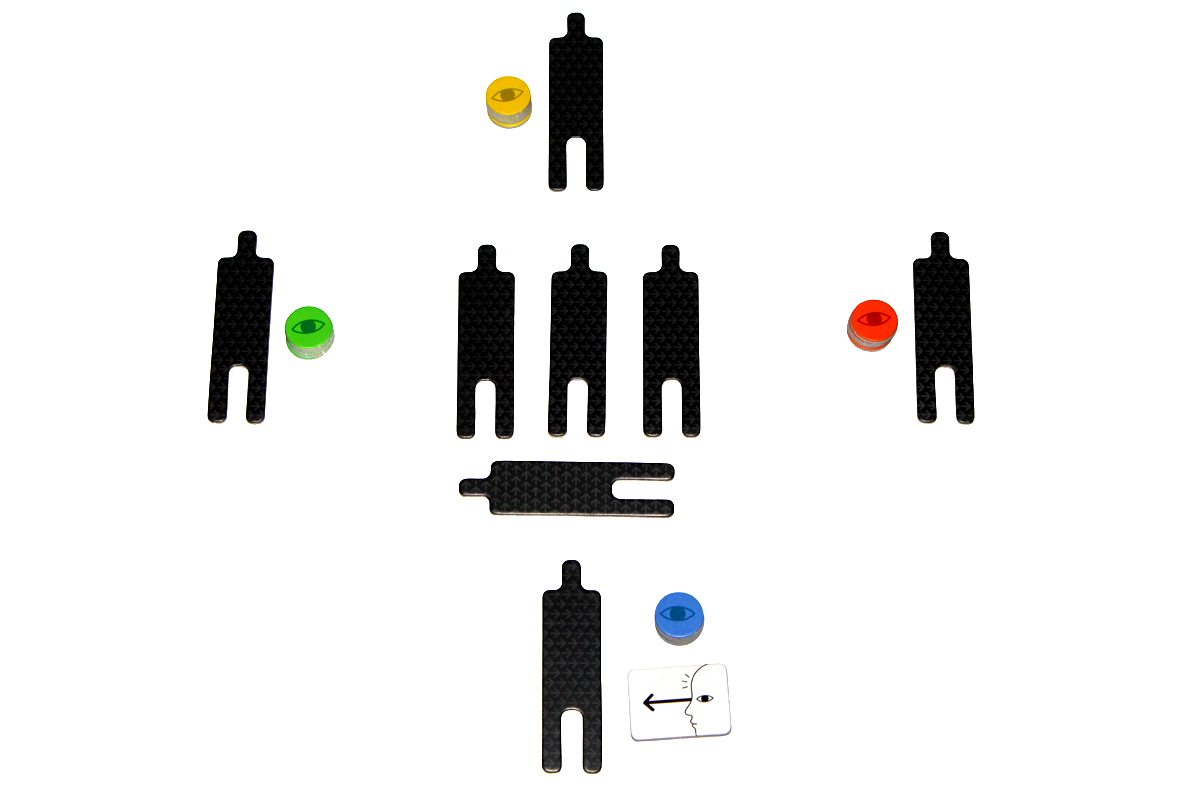 Alright, so a murder’s happened. First, investigate the alibis — take the Suspect tile in front of you, look at it, and pass it to the right. Look at the one you were just passed. You now know two tiles’ worth of information. Now, the Discoverer (the first player) makes the first move. They take two Suspect tiles, look at both, and put them back.

Now, they mark the one the Discoverer didn’t look at with the Unseen token.

Here’s the tough part. With only four pieces of information, they need to decide who they think the Murderer is. That should be simple:

Once you place your Investigation token, though, that’s it. Then the next player looks at two, but cannot look at the one the previous player accused. They can still accuse that player, but they might want to think twice before doubling down on a previous player’s accusation. If you do end up doubling down on another player’s accusation, place your Investigation token on top of theirs. That’s important. Once everyone has accused, reveal the Suspect tiles.

So if you end up being the last person to accuse someone, you take your token plus the token of anyone you ended up agreeing with. Is that bad? Well, depends on how the game ends:

When the game ends, if you ended the game, you lose! If you didn’t lose, the winner is the player with the fewest combined Liar tokens + Investigation tokens.

If you’d like to play with a small variant, you can add the Tamper token. This allows the Discoverer to, after viewing the two suspects, swap one of them with the victim. I don’t really know how this works from a lore standpoint, but you do not look at the victim that you swap, just the two suspects. Mark the suspect you swapped with the Tamper token, just like you mark the suspect you didn’t see with the Unseen token, like this: 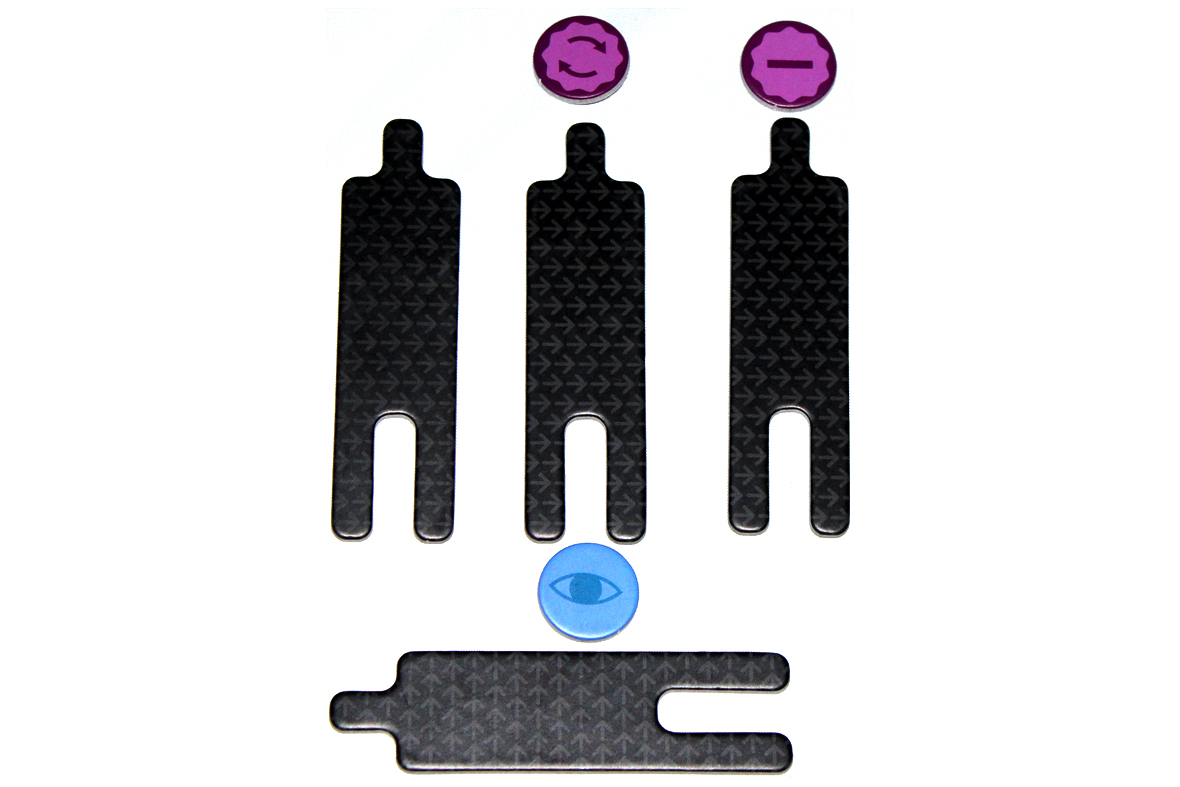 Only the Discoverer can do this.

Anyways, play until someone loses, and find out who wins!

Honestly, the game isn’t that much different between three and four players. The only thing that’s missing is the “2” Suspect Tile, which means that your probabilities change slightly since you end up not seeing three tiles, rather than four. It still means that you can get unlucky, like I did, and have a 1/3 chance of guessing correctly (if the middle tile was any of the three numbers I hadn’t seen, then I should pick a different Murderer suspect). I’d happily play this at 3 or 4.

Overall, In a Grove packs a really solid social deduction game into a tiny box. It’s easy to learn, doesn’t have a real language dependence, and a pretty fun concept. Similar to Cake Duel, it’s easy to play completely honestly, but often if you want to win you’ll have to try and bluff another player. The problem is, like Cake Duel, you don’t know everything that they know, and you might just end up bamboozling yourself. I think that style of game appeals to me a bit more, so I’m naturally a big fan of In A Grove. Oink’s got another success, here, and if this kind of game seems up your alley, I’d highly recommend checking it out!