Full disclosure: A preview copy of Tussie Mussie was provided by Button Shy. Some art, gameplay, or other aspects of the game may change between this preview and the fulfillment of the Kickstarter, should it fund, as this is a preview of a currently unreleased game.

So this is gonna be a fun block of reviews; for the next five weeks, it’s gonna be one Button Shy game a week, starting with Tussie Mussie and ending with Seasons of Rice. Two Gen Can’t winners and a month of additional games in between sounds like a pretty good time to me, so let’s get right into this one by Elizabeth Hargrave, the (rightfully so) celebrated designer of Wingspan, another game that’s worth checking out if you haven’t already.

In Tussie Mussie, you play as friends, confidants, and lovers exchanging flowers and thoughts using the classic Victorian language of flowers. Every bloom has a meaning and often the petals hide secrets. As you form your bouquets and treasured keepsakes, try to discern the meanings of what you’re being given (and what you’re giving away). Will you be able to see your flower arrangement for its true value? Or are your chances of winning going to wilt?

None. Shuffle the 18 cards: 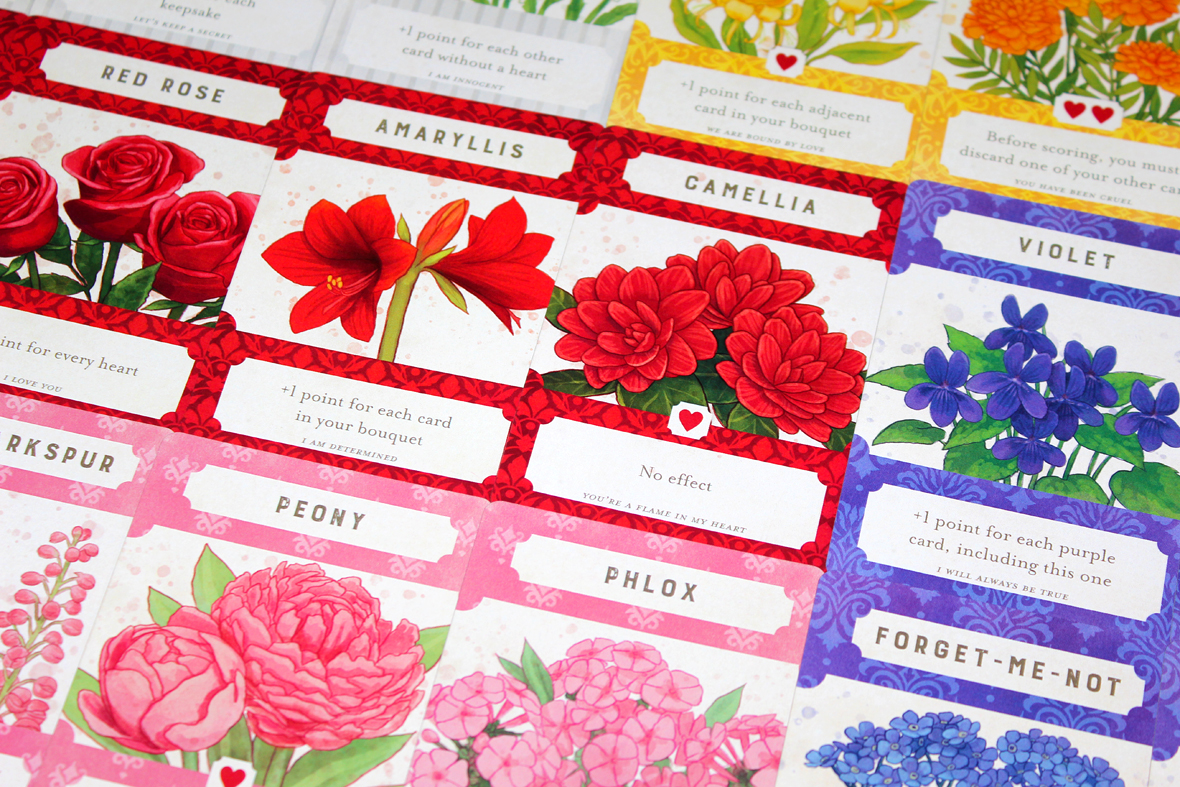 You’re ready to go! Choose a player to go first: 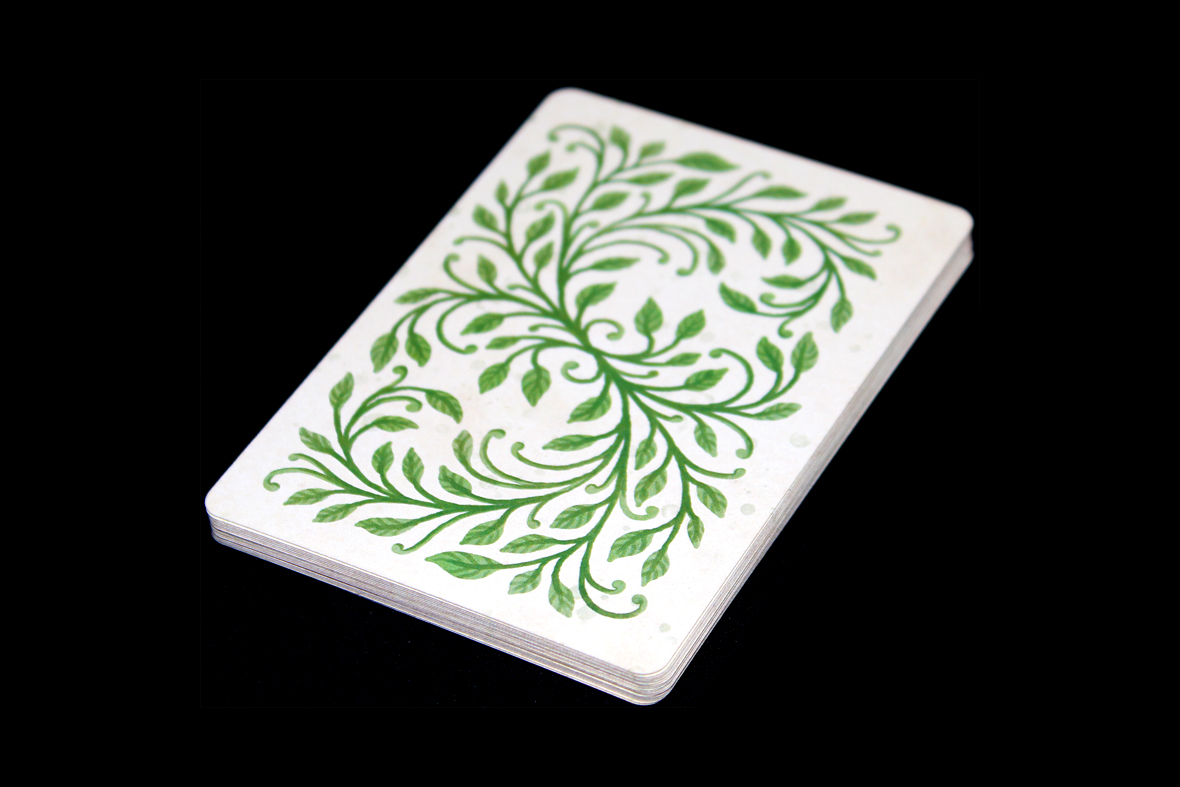 A game of Tussie Mussie is typically played over three rounds, and the player with the most points at the end of three rounds wins. A typical round is players giving and receiving flowers until they have four, and then scoring. This means each player gets two turns.

On your first turn, you’ll offer flowers to the player on your left. Draw two cards from the deck. Play one face-up and the other face-down. Your opponent must now choose from the two cards. Whichever they choose, they place in front of themselves in a row (adding to the right of the last card they took). Whichever they didn’t choose, you place in front of yourself in a row, again to the right of the previous card you picked.

After everyone has taken one turn, take a second turn, but offering to the player on your right, instead. In a two-player game, you’ll just alternate taking two turns of offering and receiving. 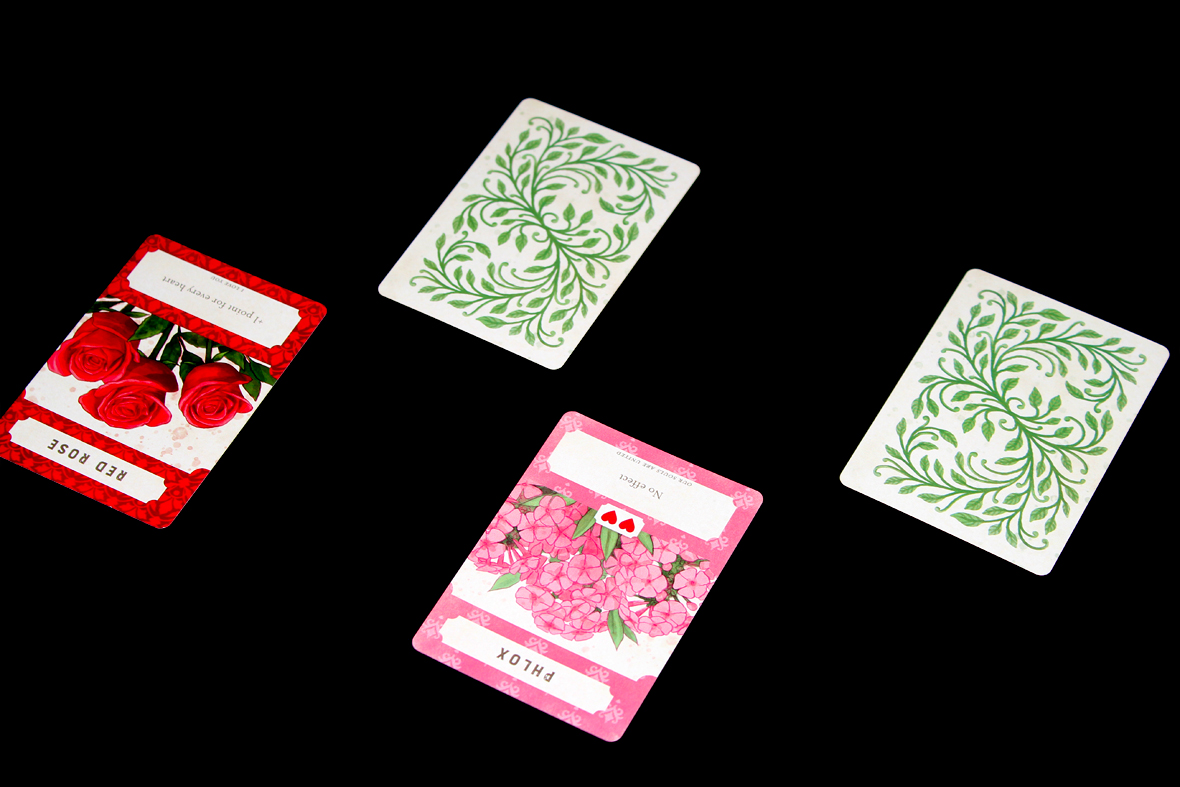 At the end of a round, you should have 4 cards. Some will be face-up, and others will be face-down. Slide the face-down cards down to form their own row, called Keepsakes. Reveal them. The top row is your Bouquets; the bottom Keepsakes. Now score; each card has its own scoring rules:

Count up and record scores for each player. Play until you’ve completed three rounds; the player with the most points after three rounds wins!

Not too many, really. The major thing is that you can see more of the available cards in players’ arrangements at higher player counts, so you can get a better sense of the cards that you might be getting or what’s currently been grabbed, but even that only goes so far? I don’t think I have a strong player count preference for this one.

Overall, Tussie Mussie is a neat little game! I think it’s a bit lighter than I expected, honestly, which is neat as well. On the ever-so-slightly heavier side, there’s Fickle, which has a combination of a  three card I-cut-you-choose / press-your-luck system that’s reminiscent of Tussie’s two card system. Tussie Mussie does have a really neat concept and has awesome art, so I’m hoping that if a solo mode emerges, I can get a shot with that. As it stands, though, I think Hargrave is doing some cool work with this one, and it’s quite striking, thanks to Beth’s great flower work, so I’d still definitely recommend it. I wish it felt a bit less short, but I also think that if you’re looking for a very quick I-cut-you-choose game, this is definitely it. It even plays well at two, something that most games I’ve tried in that genre kind of fail at. I think what I’d love to see from this is either more cards available in your arrangements, some sort of round-level event that changes things up a bit, or some additional external variable scoring conditions. I’m a sucker for that kind of thing, anyways. That said, I have had fun with this one, so if you’re looking for a very quick, very light game of arrangements and hidden meanings, Tussie Mussie might be a great fit for you!