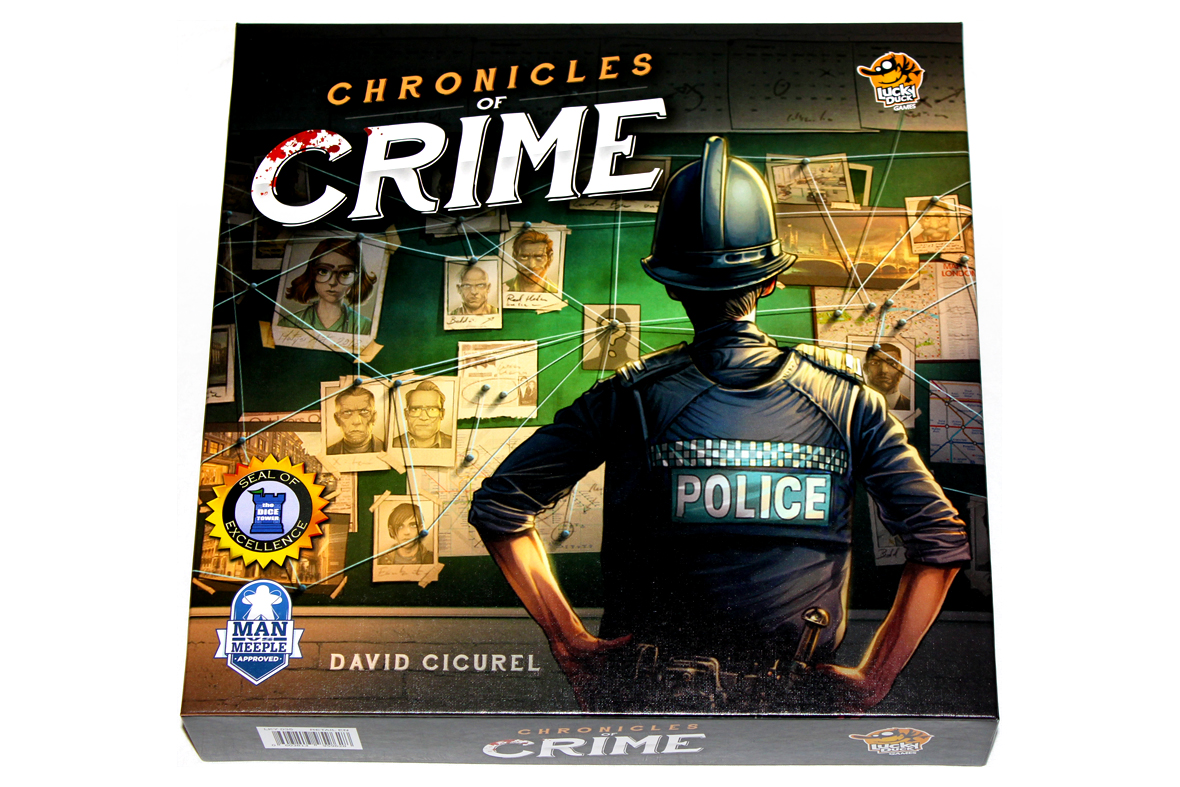 Full disclosure: A review copy of Chronicles of Crime was provided by Lucky Duck Games.

Alright, here’s one I’ve been meaning to get written up for a hot minute; Chronicles of Crime! I first played this one with Netters (a wonderful person who makes great content that you should check out immediately) at her place, and really wanted to dig a bit more into it, so here we are. Like puzzles? Like mysteries? Then maybe you’ll find both in Chronicles of Crime.

In Chronicles of Crime, players work together as police officers in London to solve a series of brutal, nasty, and occasionally deadly crimes across town. Solve some murders, prevent catastrophes, and unravel a massive conspiracy! Or solve some puzzles and interrogate a few randos. Whatever you want to do with your state-granted power. Will you be able to catch the culprits and be a force for justice?

Not a ton of setup. You’ll need the app, first off, so download that if you need to.

Once you’ve done that, set out the board:

I usually set up the Forensic Contacts at the bottom of the board:

Place the Locations nearby, and put Scotland Yard (that’s British for police station) in play below the board: 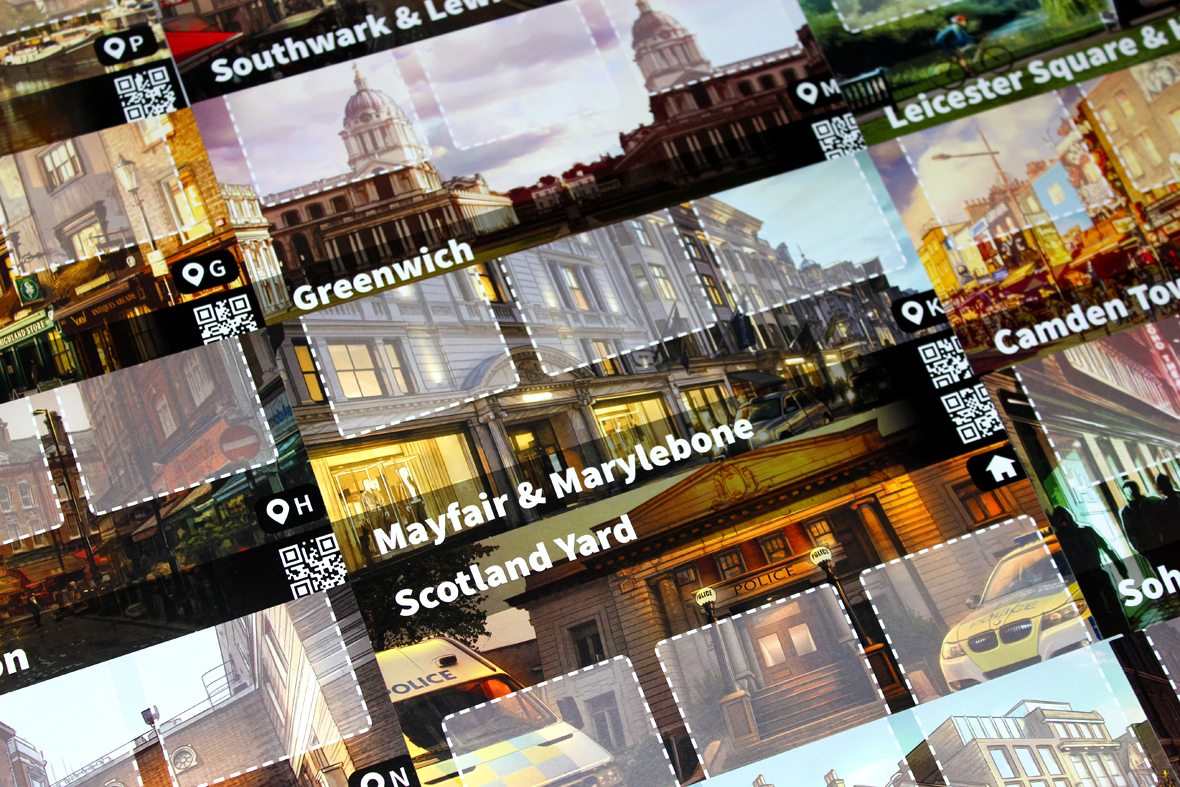 It likely helps to divide the Evidence cards up among players; you can also set them out near the board, if you prefer:

You can just leave the Special Items in a pile:

Same for the Characters: 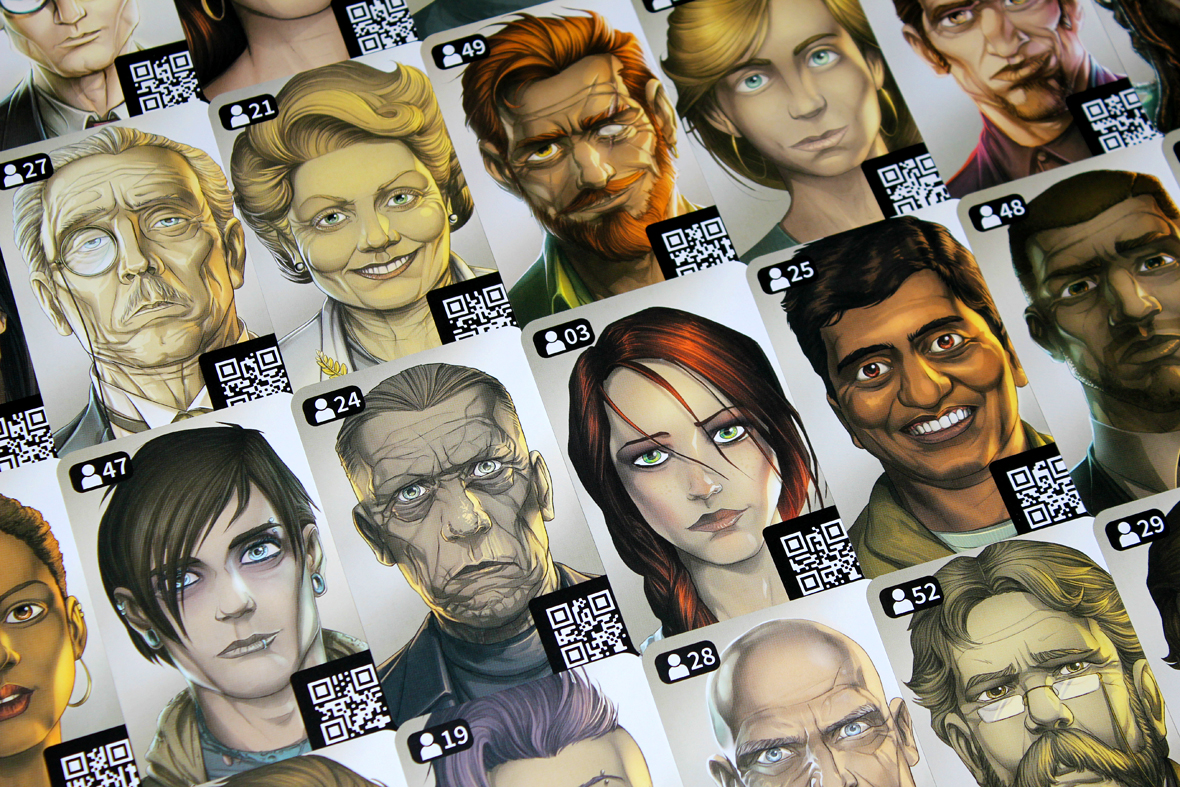 Once you’ve done all that, pick a game and you should be ready to start! 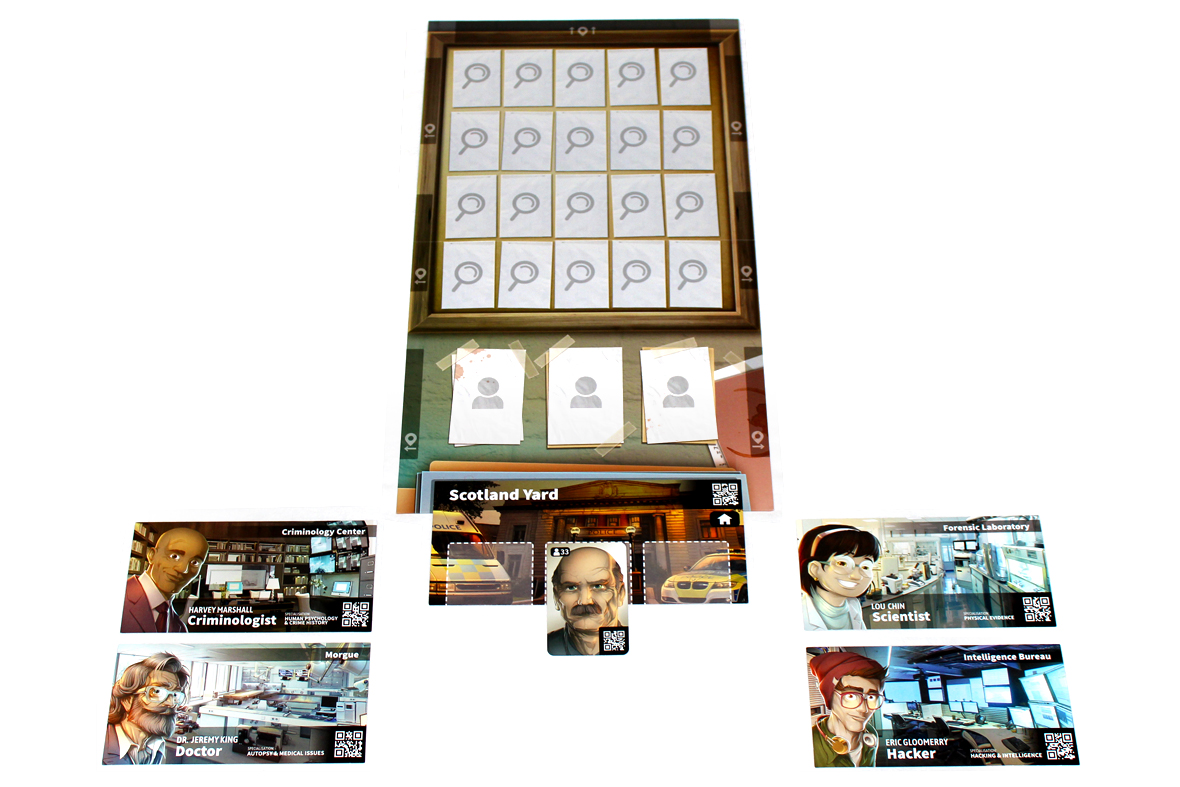 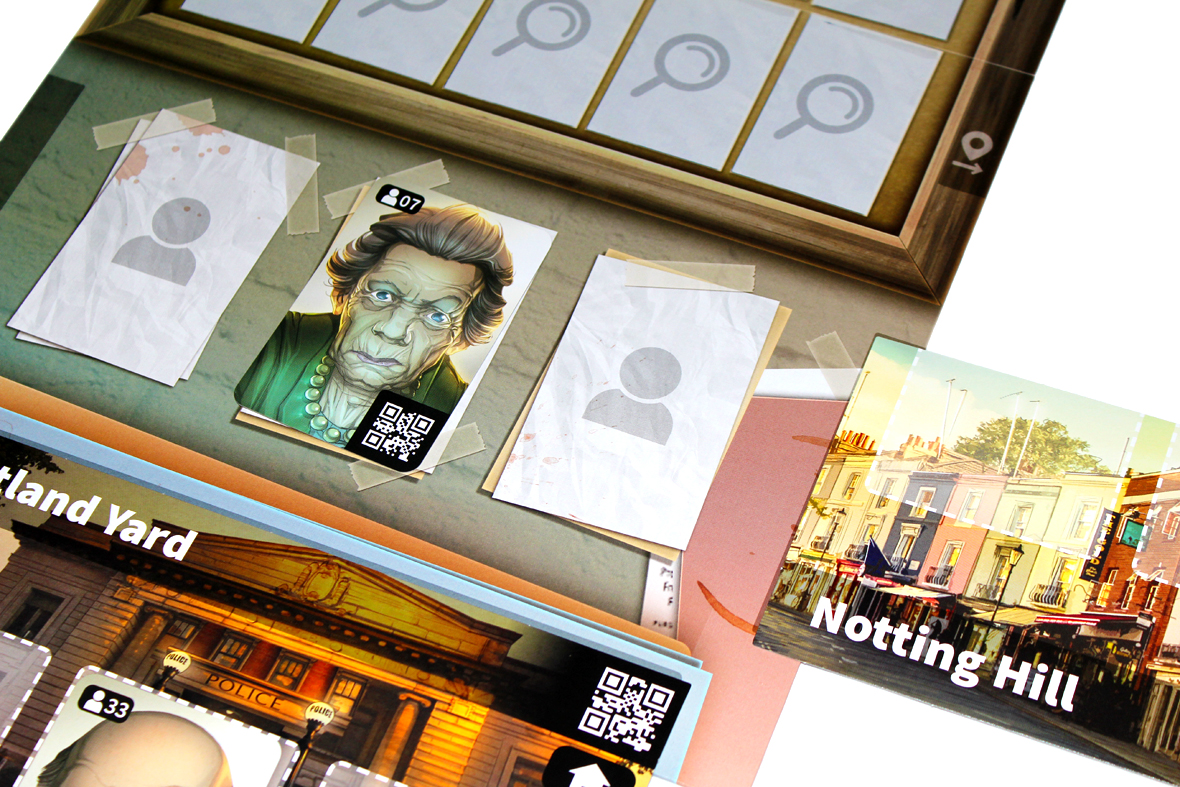 Weirdly enough, there’s not much to say here. Generally speaking, you’ll scan a person or a location using the app on your phone.

If you scan a location, you go to it. If you scan a person, if they’re at that location, you’ll enter Interrogation Mode. You can use that to scan other people, locations, and items and get information from that person about that (if they have any).

If you’re looking for additional information, your Forensic Contacts (Forensic Friends) can tell you more about specific things. The Doctor primarily deals with the human body and medicine, the Scientist deals with physical evidence, the Criminologist can analyze profiles and determine things about people, and the Hacker can hack pretty much anything electronic. Use their skills to gain valuable information about your various cards.

At certain locations, you can Search for Clues by using your phone to basically do a VR-style look through at a scene, which is cool. You should be naming evidence types so that your co-players can search for them and lay them out. Rattle off everything you see; you have a time limit! Once that’s done, you can scan the cards to try and enter them into evidence, if they seem relevant to the case. Not everything is!

Once you feel like you have plenty of information, go back to the Police Station and attempt to Solve the Case! Be careful, though, because you’ll need to be able to answer some questions if you’re going to put the right person behind bars! Once you’ve done that, check your score and see how you did!

I’d say there aren’t many, which is a bit unfortunate, here. Unlike, say, the EXIT games, you can’t operate that independently in this game beyond discussing things with other players and arriving at a group consensus. That’s not the worst thing, but it may lead to some players being more engaged and some players being less engaged. Also, one player has to effectively donate their phone to the game the whole time, and not everyone’s super down for that. To me, that means this is better set up as a solo game, but if you want to, you can have a player who’s already completed a case sit in and provide hints or play the game with younger folks (just be careful; it can be graphic) and let them team up to try and figure out the solution. I’ve played it at a few player counts and enjoyed them, but I still think solo might be the best way to go unless the players are really good about taking turns with the phone and components.

Overall, though, I think Chronicles of Crime is a lot of fun! I think what would really bring it to the next level, for me, is if it had a more robust hint system (sometimes I’m just stuck and I need to know what I’m missing) and if they upgraded the app so that everyone could use their phone as part of a shared state. That takes the emphasis off of one power user (which will prevent some quarterbacking), and you could present it as a team of cops all being in different locations and checking in with each other. Not saying that hidden information will help solve a puzzle, but filtering the information through multiple players can increase their buy-in to the experience beyond just them holding cards while one player monologues. It may also be nice to develop out a kid-friendly version of this (if they’re not already), as this one has some pretty graphic depictions and some definitely-not-family-friendly content. That’s not the worst thing in the world, but it is going to make the game hard to play with your family or something. Either way, though, it’s a very clever conceit for a game and the reusable components are nice since it makes gameplay a content problem, rather than a production problem. Additional modules can be created just by creating new links between cards and providing text (not to discount the incredible amount of work that goes into it by any means; just noting that you don’t have to do cycles at a factory to do that). I’ll admit that I was skeptical of the concept when I first played, but it’s a smart game system and it definitely won me over. Yeah, overall, I’m a fan of Chronicles of Crime, and if you’re looking to solve some mysteries, sleuth some clues, or try your hand at some pretty challenging puzzles, I’d definitely recommend you consider checking it out!