I mean, there was no way I wasn’t going to try my best to play this game. If you’ve read any amount of this blog you know that I love dexterity games and I love silly themes, and this looks to be both of them.

So, in Dino Dunk, well, it’s the Triassic Tropics versus the Mesozoic Meteors in a 5-on-5 match for the title! Shoot, dribble, pass, and dunk your way to victory in a basketball game for the ages. Will you wreck your opponents like a meteor? Or will a shutout hit you like an ice age?

So, there’re a few ways to set this up. I’m going to explain the normal game, and then I’ll include the Exhibition Game Setup later on.

First (and most important, imo) move is to roll out the play area:

It comes double-sided; one for each team’s home court:

I’m partial to the Mesozoic Meteor’s turf, but they’re both beautiful, so whatever. You’ll also want to set out the scoreboard / shot clock:

The teams are functionally identical but the dinosaurs themselves are not; each has a special ability and a size (Small, Medium, or Large). You may have 1 Small, 1 Large, and 3 Medium Dinosaurs on your team for a regulation game. You’ll grab the cards for the dinos you want (there’s a set of each dino for each team):

Generally, you just kinda pick them and reveal which ones you chose, but if you wanted to be fairly extra, you could do the Dino Draft or something and make a spectacle of it. Anyways, not part of setup, moving on.

There are four additional tokens:

These are the two team’s score tokens (with a 10 on the other side to allow for long games) the double-sided possession marker (used with the shot clock), and the ball. Choose a team to start with the ball and have them pick a dinosaur to start with the ball, as well. Place that dinosaur along the short edge of that team’s side of the play area and then place the ball adjacent to the dinosaur so it’s still on the play area. Both players may then add their remaining dinosaurs to their side of the play area (just not past the midpoint) however they’d like.

Once you’ve done that, you can start! 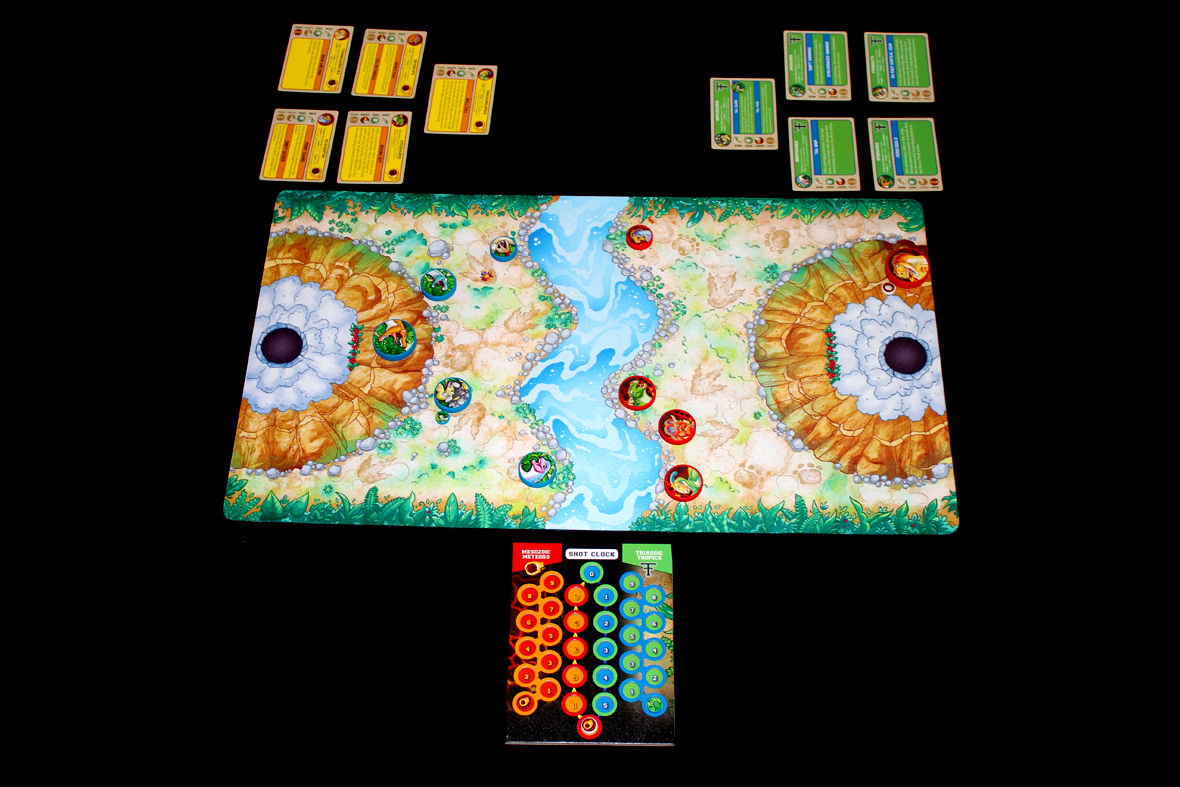 If you’re playing your very first game, you may want to use some extra rules. For this one, all dinosaurs of a certain size are the same and have special Exhibition Ability Cards:

Use those, instead. You may also want to start each team with a backboard: 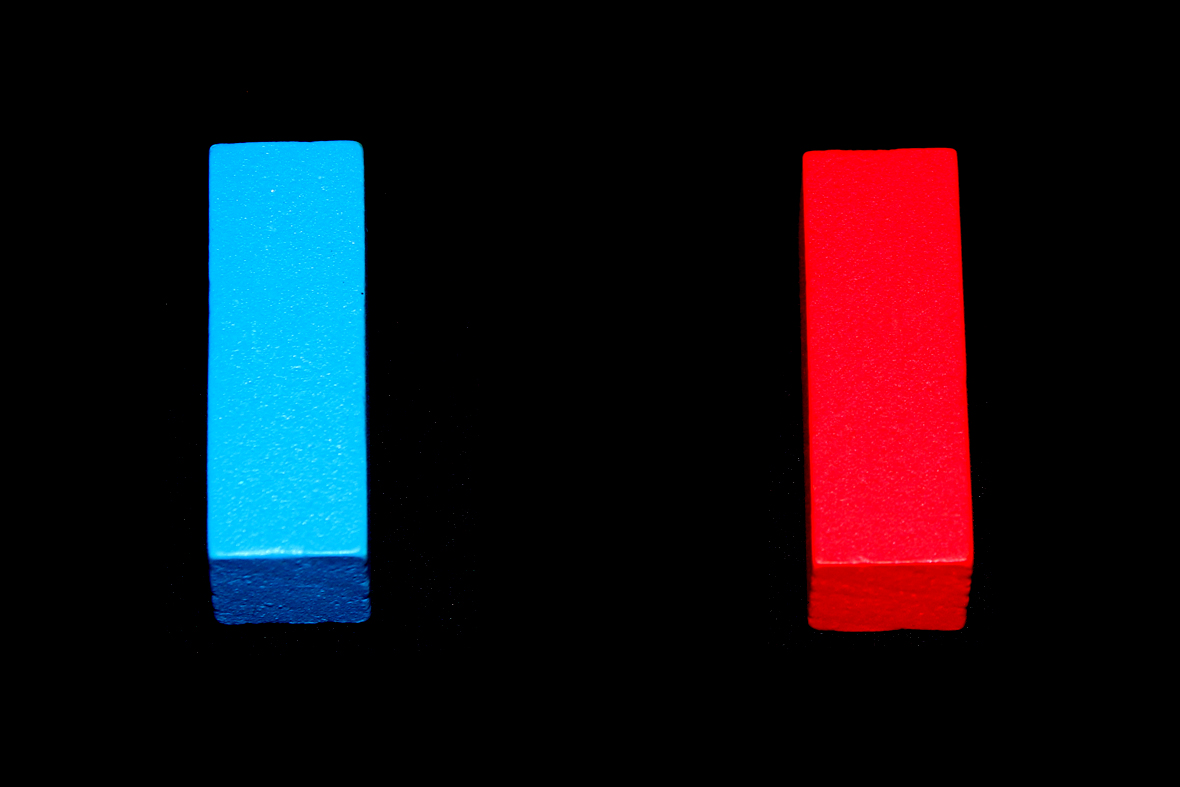 Put those behind your team’s basket (the volcano). It’ll make the game a bit easier.

Those are essentially the only setup changes!

Alright, so, the game itself is surprisingly similar to basketball. On your turn, you can activate up to two dinosaurs on your team for one action each. At the end of your turn, advance the shot clock token by one. If you advance the shot clock such that it’s now in your opponent’s side of the scoreboard, a turnover occurs. For this type of turnover, the other team gets the ball and you reset the field as though you were running through Setup again (but keeping the same team). Anyways, activating your dino. Depending on the dino, these actions can be Move, Pass, Shoot, or Dunk. Let’s go through those one at a time.

When you move, you flick your dinosaur. You may move while holding the ball, but once your dinosaur stops moving, place the ball adjacent to the dinosaur such that it is fully on the board.

Moving Out of Bounds

When a Foul occurs, you must immediately remove the offending dinosaur (the one whose move action caused the Foul, not necessarily the one who hit the dinosaur with possession) from the field. They can be returned to the water area (such that they’re touching one of the play area’s edges) at the end of your next turn.

If you fouled your own dinosaur, that dinosaur is stunned and cannot do an action this turn. If you foul an opponent’s dinosaur within the three-point zone (the volcano itself), that’s considered a shooting foul. They may immediately take a Shoot (or Dunk) action (more on that below). If they make it, they get 1 Free Throw. If not (or if it wasn’t a shooting foul), they get 2.

A free throw in Dino Dunk is very similar to one in basketball. You clear the board, go up to the foul line, and attempt to flick the ball into the basket. If you overlap the basket at all, you’re successful and you score 1 point! If not, well, you may have the chance to try again. Either way, once you’re out of free throws, possession changes. Reset the board as though you were setting up the game again and start over from 0 on the new possessing team’s shot clock.

Passing is probably the easiest maneuver in the game, conceptually. In practice you’re going to find it a bit more challenging.

All you have to do is … flick the ball such that it hits another one of your dinosaurs. Doesn’t matter if it goes out of bounds afterwards, just needs to hit them and you’re solid.

If you hit one of the other team’s dinosaurs, you’ve just given them the ball. They flip the shot clock indicator and move it back to zero and they choose where they want to place the ball such that it’s adjacent to the dinosaur you mistakenly passed to.

If you fall short, that’s a loose ball. If you overshoot and the ball goes out of bounds, that’s a turnover.

Note that we’re not monsters; you may consider a ball passed successfully if it’s within about 3 inches (the length of one card’s long side) of a dinosaur with no dinosaurs in between the ball and the dinosaur you want to obtain the ball. I wouldn’t rely on that, but it’s there.

Worth mentioning. Certain missed flicks can lead to a loose ball, or a ball without any player currently holding on to it. Anyone can attempt to retrieve it on their turn via a Move Action. If you pick it up (by hitting it with a Dinosaur without knocking it out of bounds), advance your shot clock by 1 (as a penalty). If your opponent picks it up, well, that’s a turnover. Your opponent chooses a dinosaur to obtain the ball and moves them (and the ball) to a spot along the short side of their board. Flip the shot clock indicator over to the other team’s side and place it on the 0. Play continues with the other player’s turn. 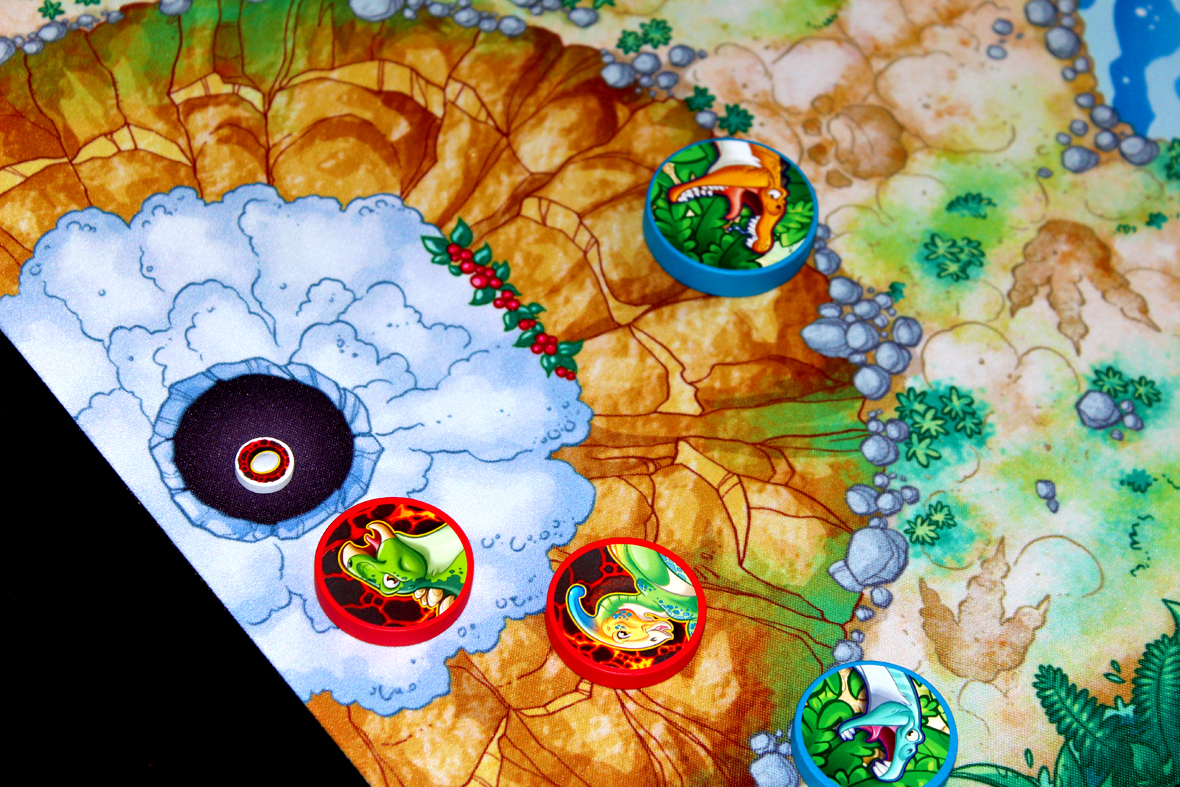 Shooting is your primary method of scoring points. As you might guess, your dinosaur must have possession of the ball to shoot it, and only Medium dinosaurs can Shoot. When you shoot, you flick the ball towards the basket (the top of the volcano). If it’s overlapping the basket, that’s a successful shot! Score 3 points if the ball started outside of the volcano entirely; 2 points otherwise. Reset the play area and the other team takes possession.

If you undershoot, that’s a loose ball. If you overshoot and the ball goes out of bounds, similar to a pass, that’s a turnover.

A Dunk is highly technical but also pretty awesome. This can only be performed by large dinosaurs. In order to do this, you must put the ball on top of the large dinosaur’s disc, and then flick it. 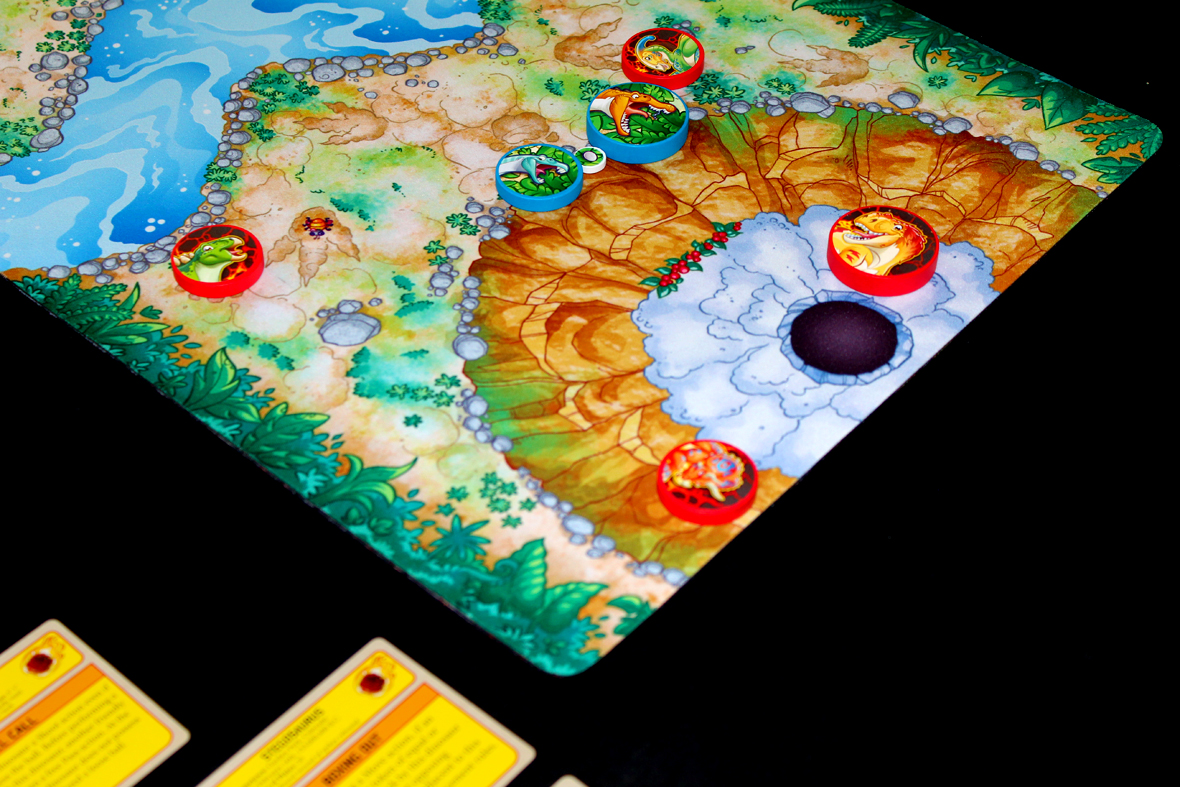 The game ends at an agreed-upon point value by both players (usually 4, though it’s not a bad idea to go for 6 in your first game). The player who hits that point total wins!

So, in Exhibition Mode you get rid of the player abilities and also simplify fouling. A foul only occurs when a dinosaur in possession of the ball is knocked out-of-bounds by another dinosaur. They then simply attempt two free throws before possession changes. A nice way to simplify it for new players.

With backboards, you’re free to hit them, but the ball still has to overlap the shooting area for it to count as a successful Shoot action.

You can also add layups, if you’d like. With a layup, instead of performing a Shoot action, a dinosaur on the snowy part of the volcano may perform a Move and, if they’re overlapping the basket once they finish moving, score 2 points as though they had performed a Shoot action successfully. If you do this, you need to play on Tropic Turf (since it has snow).

Generally, it’s a 2-player game, but if you need to you can have it support up to 4 by having each player activate one dino of their choice. It’s a dexterity game by committee, but there’s no “I” in team.

Personally, I’d stay at 2 for this one. 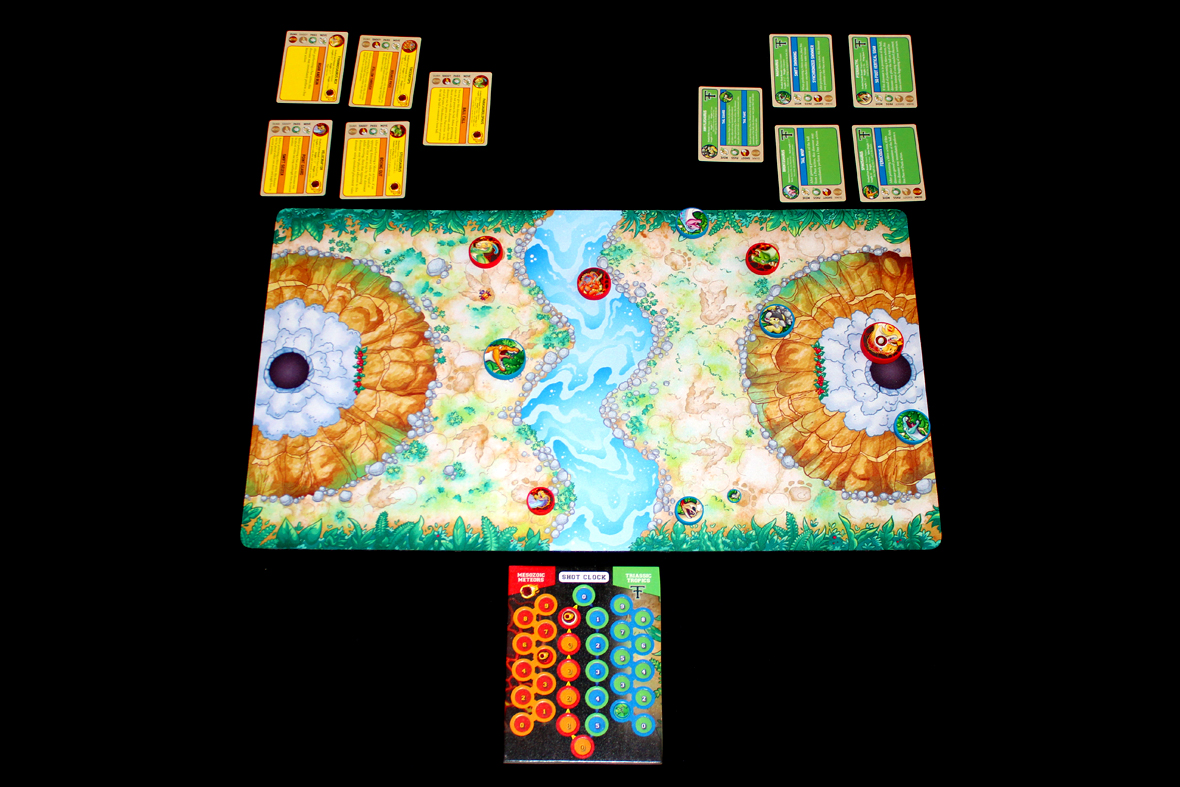 Overall, Dino Dunk is solid! There are a few things, sure, that prevent me from calling it an absolute slam dunk, mostly around rules complexity relative to the theme, but like Fantastiqa Rival Realms, some games are worth making the effort to dig into the rules and learn how to play the game. Besides, was there really any question as to whether or not I’d like an actual dinosaur basketball game? Like, come on, do you even read this blog. This will appeal to the more strategic dexterity gamers who are looking for something a bit more skill-dependent but maybe a bit sillier / themier than Crokinole, I’d imagine. That said, I think it’s a nice midpoint between the more difficult / challenging dexterity games and the simpler, more kid-friendly ones. Basically, what I’m trying to say, is that if you love dexterity games like I do and you’re looking for something with a bit more structure, a bit more of a challenge, and a heck of a great theme, to boot, check out Dino Dunk!