I’m dusting another game off of the vault! I didn’t have many options since I had to move some parts of my schedule around in a hurry, but I have an emergency buffer for precisely this reason. I do try to maintain regular content cycles, and all that. But let’s get right to the game.

In Movable Type, you play as dueling wordsmiths trying to build the best words and impress famous authors throughout history. However, nothing matters but the final round, as only that will determine who wins. Will you be able to make the greatest word?

So, there are a few things, here. There are Round Marker cards:

Set those aside, but put Round 1 on top. There are also Vowel Cards. Shuffle those, set them in a stack:

Author Challenge Cards are the next thing you should look at. Shuffle the set and flip three. If you’d like, you can just throw out the Lovecraft card because who needs to play  with a card devoted to a huge racist:

Finally, shuffle the main cards, and deal each player 5:

The last thing you should do is flip two cards from the main deck and one vowel; those will make up the Common letters. Like Letter Tycoon or Paperback, you can use these as well when you need to spell a word. More on that later, though. If you’ve done all that, you should be ready to start! 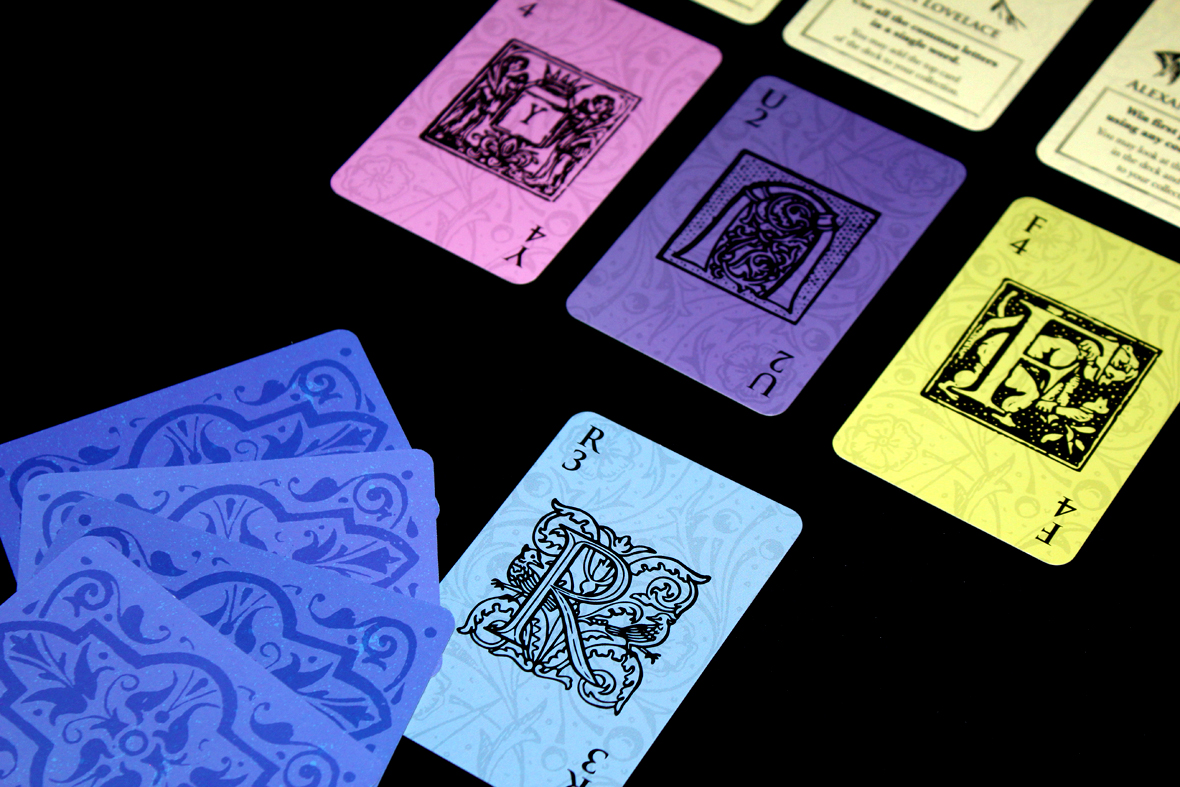 So, Movable Type, at its core, is a word-building drafting game, similar to Sushi Go Party! or Orc-Lympics or other light drafting games. Your goal, each round, is to take a letter from your hand and then pass your hand left or right. Repeat until you’ve taken five cards from the hands you’ve been passed. Once you do that, you need to spell a word.

A word has a few caveats to it, but the important thing to note is that each letter has a point value, so spelling words with the highest value letters will win you the round. Other caveats:

The player who spells the highest-point word will win the round, sure, but there are also other considerations: the Author Challenge cards. If you qualify for any, you may choose from the ones you qualify for and take one. If multiple players are tied, well, nobody gets it (unless the tied players choose other AC cards, leaving only one player able to take it; that doesn’t happen often). When you take an Author Challenge card, place it face-down in your Collection (off to the side).

Now, scoring. Organize players into places based on their scores (breaking ties by highest-value letter, then word length). Each player gets to claim a certain number of cards based on their place and the player count:

As you can see, you’re not taking too many cards, but you do get to claim some no matter your place. The cards you’re allowed to claim include:

All other cards are off-limits. Take the cards you want and add them to your Collection, again, face-down. Your Collection is essentially the spoils you get from the cards you acquire from each round, but you cannot look at it. You just kinda have to remember what’s in there.

Play continues until the 5th round, in which it pivots to a new challenge. You’ll still have the three common letters, but now your goal is to take the letters in your collection and spell the best possible word that you can! Once everyone’s done that, reveal, and the player with the most points wins!

The game is also soloable, but as of press time I haven’t had a chance to try it, so I won’t include that in my review beyond “a solo mode exists”.

The major difference at various player counts is the struggle for Author Challenge cards becoming a bit more intense, as there are only three no matter how many players you’re playing with. Expect more ties and fewer cards to be in play, which makes winning rounds matter a bit more because these high-value cards likely won’t be making it into a lot of collections.

Unfortunately, the game will also slow down a bit with more players, especially if any of them tend to overanalyze the game (as happens a lot with both drafting and word games). I played a six-player game of this once that took almost an hour, which is a very long time. I’d probably shy away from a six-player game again unless I knew everyone in the group played pretty quickly, but at smaller player counts it’s a very light, pretty quick little word game. 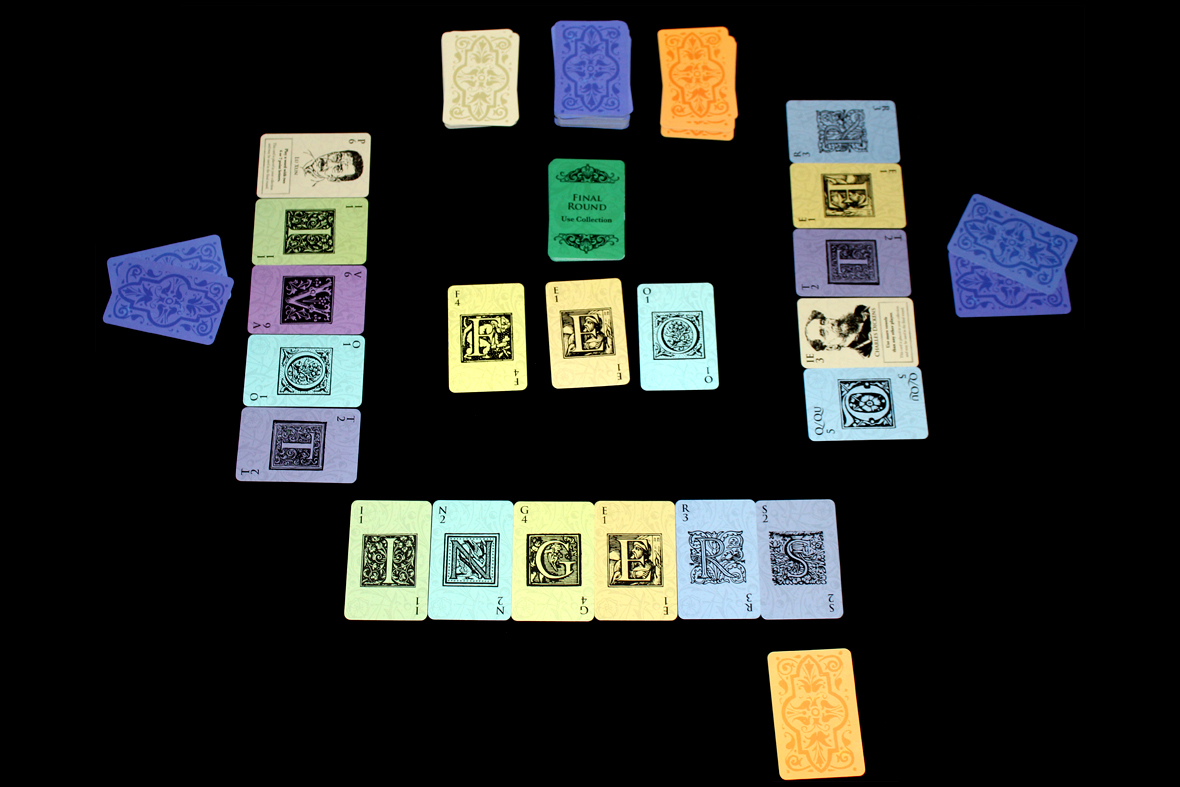 Overall, Movable Type is pretty solid! I like the colors and the drafting, and I think the Author Challenges are a nice way to make the gameplay more than just “build the highest-scoring word”, as many word games often are. The mechanics are simple enough for most, and there aren’t quite enough letters in play to lead to actual agonizing over what to play (even if some people will occasionally slow the game down a bit more than I’d like). If you’ve got someone who loves Scrabble and is looking for something new, this might be an awesome recommendation for them, or if you’re looking for a light and pleasant word game, I’d suggest giving Movable Type a whirl!